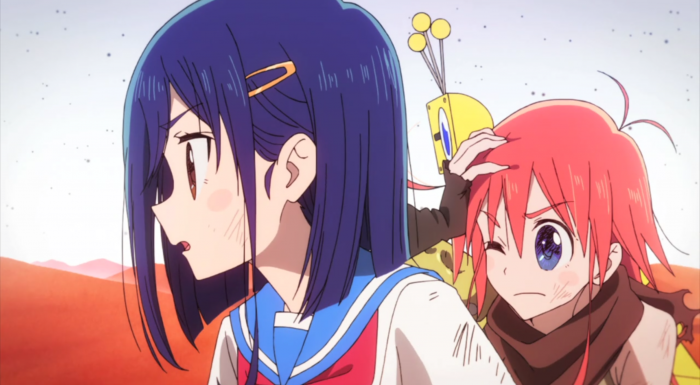 The Fall anime season is off to a strong start and I had my pick of great (or just plain fun) series to tackle weekly. After much geeky deliberation, I’ve opted to skip the safe bet (Yuri on Ice) and gamble on my other autumn favorite: Flip Flappers, for my money the strangest and most imaginative show of the season.

For those late to the party, Flip Flappers is about… well, we’re still figuring that out, but here are the basics: Cocona, a bright but directionless junior high schooler, meets Papika, a spontaneous explorer working for a small (shady) organization, and the two girls go on adventures to the surreal world(s?) of “Pure Illusion” in order to collect shining “fragments” and “liberate” Pure Illusion. (Sorry, I don’t know what that means yet, either!) There’s also an enemy organization who’re after the fragments (or the “amorphous,” as they call them) for their own purposes. 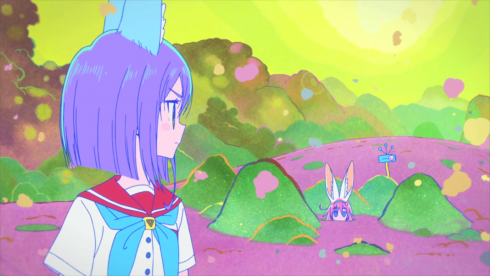 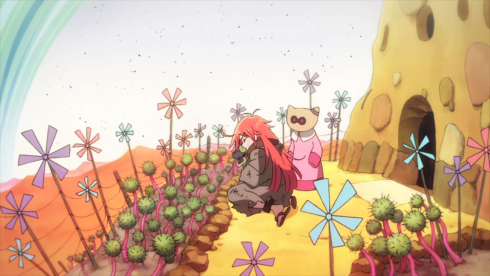 When I map it out like that, it sounds like a fairly straightforward magical girl adventure series, but Flip Flappers delivers all this information in fits and starts, dropping plot crumbs between lively episodic adventures of snow giants, bunny people, and desert raiders. The worlds of Pure Illusion are beautifully and bizarrely realized, each with its own personality and atmosphere, and filled with a sense of depth and breadth far beyond what our two explorers see.

If Yuri on Ice‘s skating sequences are exemplary of phenomenal realistic (or at least pseudo-realistic) animation, then Flip Flappers is on the opposite end of that spectrum: A celebration of the fantastical and imaginary, an explosion of shape and color and motion, all smears and stretches, the world not as it is but as it’s felt. It’s mesmerizing, and a part of me would be perfectly happy to just keep diving into new fever-dream worlds each week. 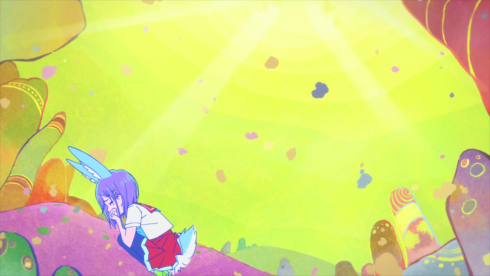 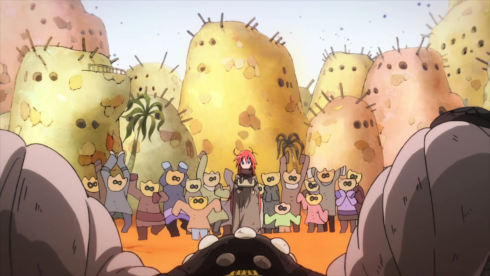 That said, I’m fairly certain Flip Flappers has ambitions beyond “be the neatest-looking show of the fall season,” although right now it’s mostly a whirlpool of ideas that haven’t solidified into a singular theme yet. Still, like Hansel and Gretel, we have some bread crumbs.

As the OP/ED suggest, Flip Flappers takes its inspiration from the magical girl genre and fairy tales (which, to be fair, is true of a lot of magical girl series). The central story combines those elements, presenting us with young people traveling to a realm outside the reach of civilization’s laws (“into the woods”/”down the rabbit hole”) where the fantastical is commonplace and freedom and transgression walk hand-in-hand with danger. But unlike the helpless Snow White or Red Riding Hood, our girls can defend themselves with their own hidden power, activated in true magical girl fashion by Feelings and Friendship (or possibly Romance, though this is anime we’re talking about so all those hints between Cocona and Papika may never amount to anything concrete). 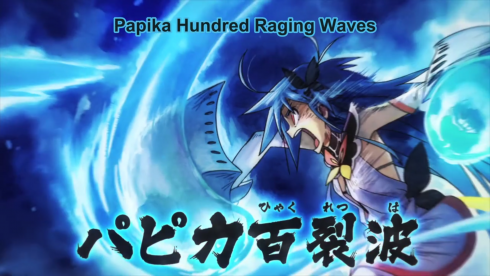 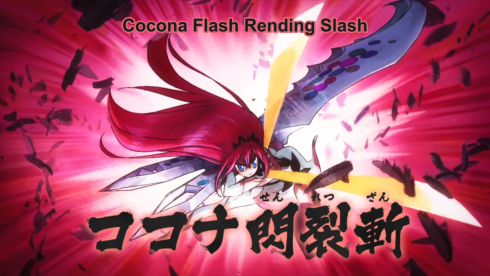 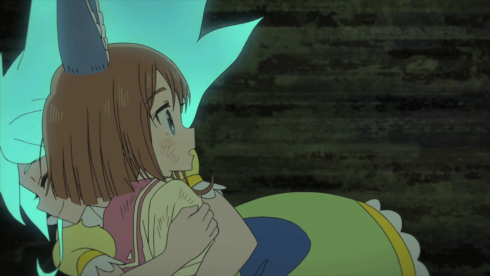 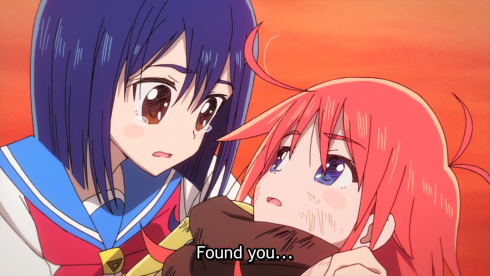 The “magical girl fairy tale” setup also gives us an idea of our protagonist’s arcs and conflicts, which likely means it’s a coming-of-age story and exploration of adolescence. Cocona is a smart kid with no idea what she wants to do. She feels lost, lacking any proper role or distinct identity. The problem, I think, isn’t that Cocona has no desires, but that she’s constantly repressing them. She fights against “embarrassing” instincts (like chewing with her rabbit teeth) and buries her aggression (like wanting to punch her partner). Papika’s decisiveness and raw physicality appeal to her, but they also terrify her. It’s only with great hesitation that she admits to enjoying their dangerous adventures, agreeing to go “once in a while.”

Papika, on the other hand, is all instinct and movement. She feels something and she acts upon it, without stopping to consider the consequences. While her adventurous nature is generally seen as a positive, her impetuousness nearly gets Cocona killed in the second episode, and the sight of her friend in danger helps her empathize with Cocona’s own fears. She’s not as developed as Cocona yet, but there’s definitely promise of growth here, too, as she works to be more thoughtful of the people around her. 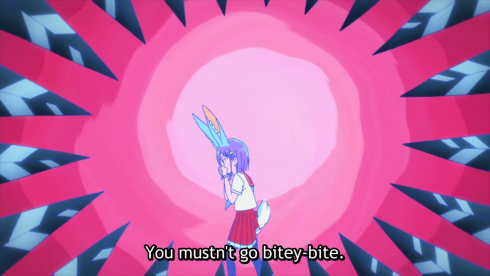 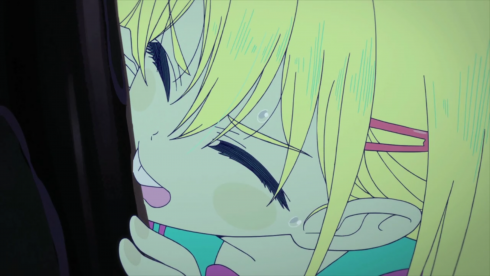 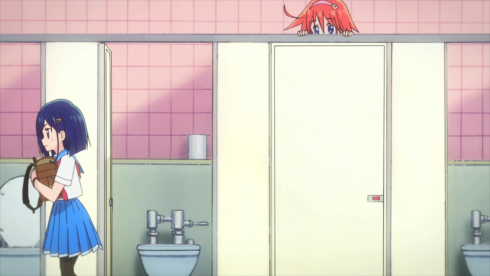 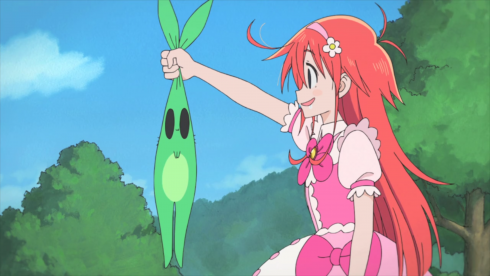 This is rocky territory rife with potential pitfalls, but I don’t object to it in theory. Awakening sexuality is very much a part of most people’s adolescence, and it certainly fits with what I see as Cocona’s struggle between base impulse and expected, “acceptable” behavior. Flip Flappers will have to tread carefully since it’s dealing with 14/15-year-olds, but with the exception of the butt shots during the transformation sequences (a staple of magical transformation sequences, I know, BUT STILL), it’s so far felt purposeful, sexuality meant to serve a point instead of titillate. This is one area where the series could well and truly lose me (and may have already lost you), but I’m withholding judgment until I see how it develops. 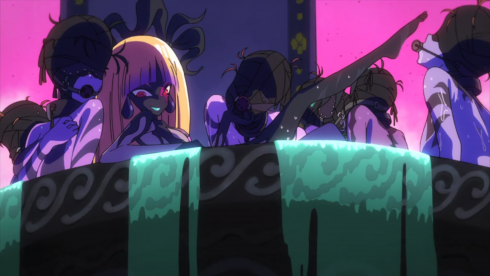 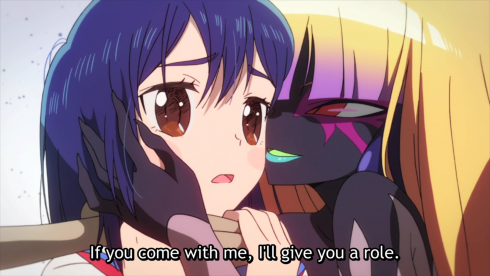 Beyond Cocona’s personal struggles and her deepening relationship with Papika, Flip Flappers is also a nerdy treasure trove of allusions. I’m already buried in research. It may be a lot of sound and fury signifying nothing, but after rewatching the first three episodes yesterday, I think there is method to all this madness. So before I sign off for the week I wanted to give everyone a brief primer on the trio of references that strike me as the most important.

First, Cocona’s bunny is named Uexkull, after Jakob von Uexkull, a biologist whose theories influenced robotics and computer science. His main contribution is the idea of the Umwelt: the subjective reality or “self-world” perceived by each individual organism. To over-simplify: Yes, there is an objective reality, but nobody perceives it that way; instead, we interact with the environment, take the parts that have meaning to us,  and cobble them together into our own Umwelt, which then informs future interactions in an ongoing cycle.

Uexkull’s works may give us a hint about the nature of Pure Illusion. My own theory is that it’s an ever-changing world because it isn’t a concrete place but a combination of our adventurer’s inner realities. This would also explain why everything was so rabbit-tastic in the second world (and why Uexkull looked like a dashing hero), since Uexkull entered first and so had the greatest influence over Pure Illusion’s shape. 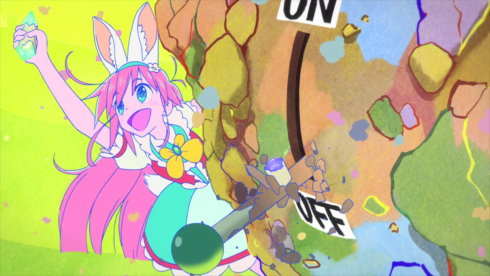 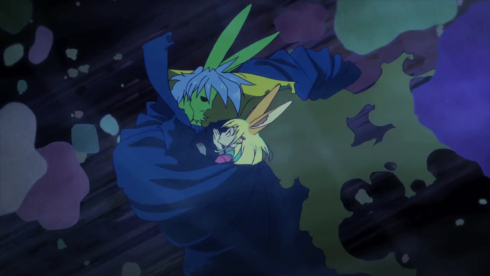 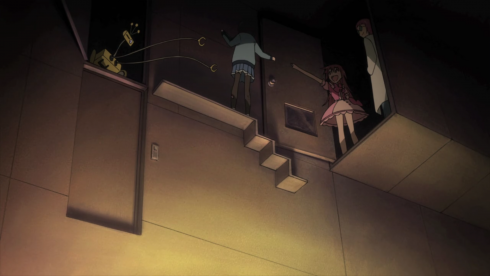 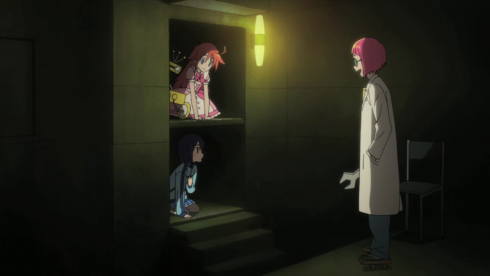 Second, the portals to Pure Illusion are all art, with the second being a statue of The Thinker and the first and third being Thomassons, a sort of accidental art formed from functionally useless architecture. I think this probably ties into those same ideas about subjective reality and how different things can have meaning to different people, but I’m also fond of vestenet’s idea that Pure Illusion is itself a kind of Thomasson, useless and preserved and largely overlooked, but given a kind of beauty and significance by the few people who do notice it.

And third and most recently, our enemy organization prays to Asclepius, Greek god of medicine and doctors (hence why their monolith looks like the common symbol of medicine). Asclepius was such an amazing doctor that he could even bring the dead back to life. It’s a surprisingly benign deity for so ominous a group (not that I trust Dr. Salt either, mind you), but I don’t think we’re meant to see them as the secret good guys, given that Asclepius’s resurrection powers upset the natural order so much (overcrowding on Earth, Hades out of work) that Zeus decided to kill him. 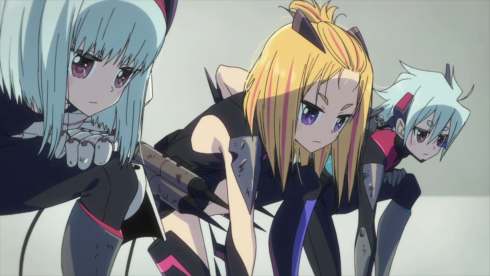 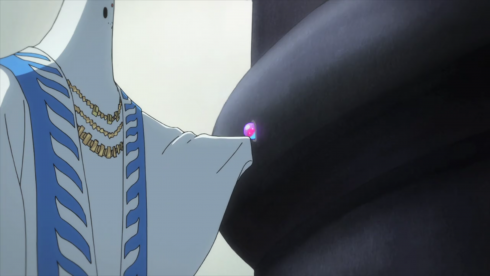 Between Asclepius and Cocona’s buried desires, Flip Flappers may very well end up being a show about the dangers of imposing too much of the man-made onto the natural world (or order onto chaos?), although villains like Episode 3’s impulsive and abusive Queen of Masks imply there’s more nuance to it than that. Hopefully Cocona and Papika’s journey is about finding balance and understanding: being true to themselves while still taking the needs of others into consideration, and knowing when to listen to one’s instincts and when to hold back on them.

All of which sounds super fascinating, but we’re only three episodes in and Flip Flappers has the feel of a show that could easily buckle under the weight of its own ambitions–or worse, turn out to have been brightly colored candy tossing out cool-sounding references with no real meaning behind them. Usually the series I decide to blog are ones I feel confident will hold up for the entire run, but with this ball of magnificent weirdness, I have no idea. Flip Flappers could soar or crash in truly epic fashion. But hey–if nothing else, it should be real interesting to watch. 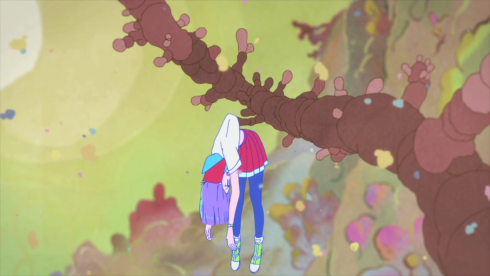 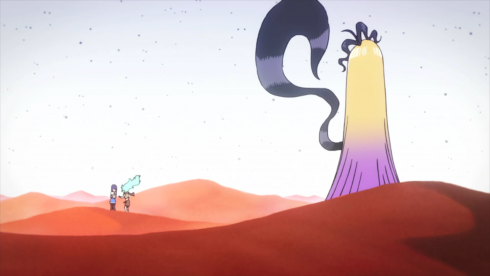