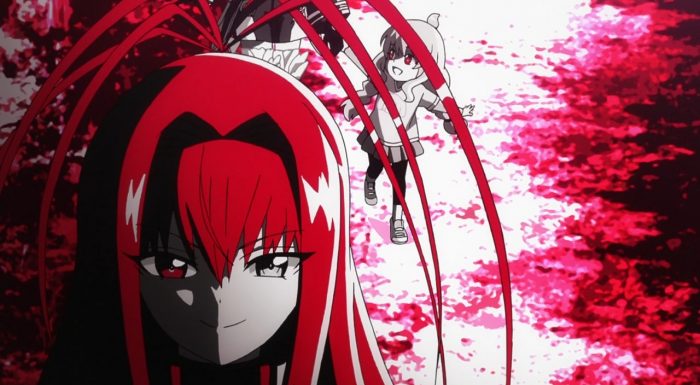 This was a solid episode that gets back to Rokuro and Benio. It does give the feeling that this original arc is moving closer to the conclusion. They’ve run into an untold number of Basara, they’ve closed a ton of Dragon Spots, and we basically know who is behind this. The only questions still remaining are about Sae and the overall goal of Kuranashi. I’m expecting a few answers next week. Finally Rokuro and Benio will be arriving at Kyoto. Maybe they can finally receive some information about who Sae is and what the heck is going on. I’ll be glad to know what is going on and basically find out why Sae is going to naturally vanish from the story. She seems too powerful to keep around as a secondary character. 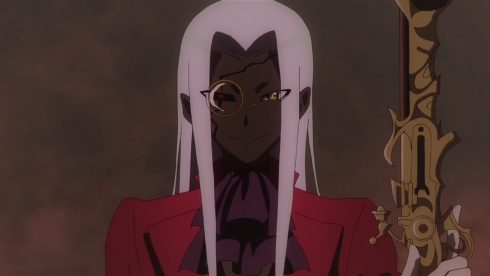 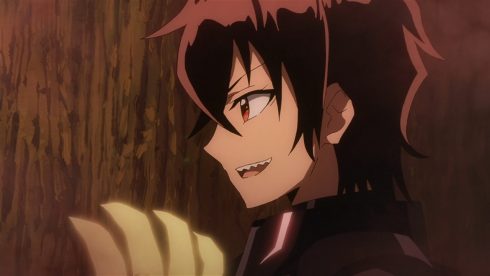 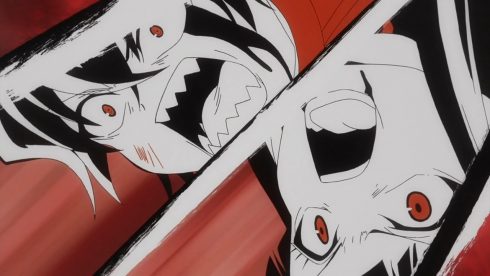 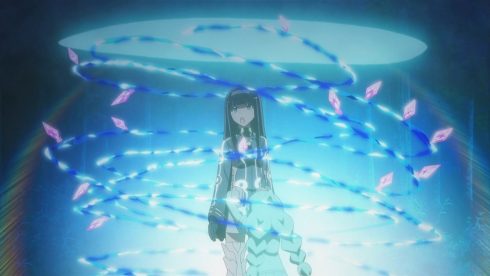 We got to meet and say farewell to another Basara this week. The Worf…I mean sacrificial lamb of this week was Kinasa. The basic purpose of this guy was both to send the message of how far Rokuro and Benio have to go and also to show off the power of Unomiya Tenma. I suppose it was about time to introduce the strongest onmyouji. In terms of Rokuro’s plan of becoming the strongest himself, all I can say is…good freaking luck with that. That guy was a total monster. But, focusing on Kinasa there is only so much to say. He was yet another character with a quirky personality. I could absolutely believe a Basara like him exists.

This guy is a monster at close range, but starts off with relatively dangerous long range attacks to trick his enemies. Also he is very obsessed with the idea of hospitality and treating a fight like a lavish meal. Which I suppose for a Basara…it is a meal. If nothing else credit to the guy for his ability to basically break his opponents mentally. They hyped up about getting in close, but that is about the most dangerous place you could be. He didn’t get to do a lot in terms of flashy attacks, mostly just enduring and smacking the heroes around. 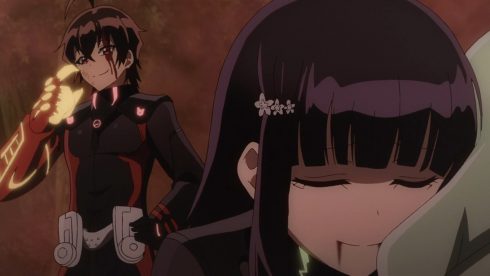 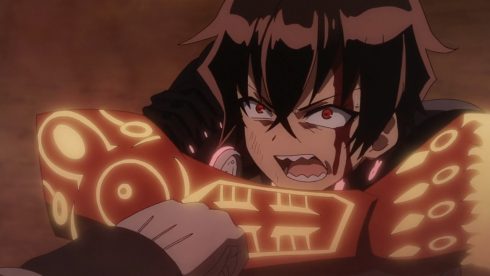 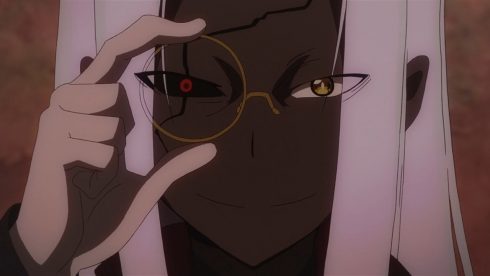 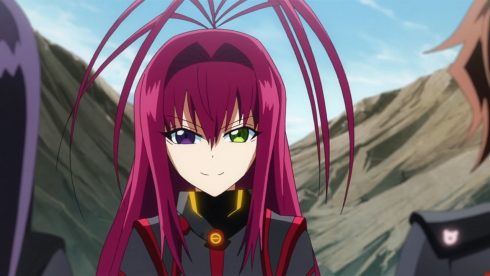 It is hard to get a read on Tenma. I was wondering for a good while if the guy could even talk. He apparently can talk, but seems to save it more for just taunting people XD. I guess when you are that insanely strong there isn’t much point to converse with enemies. This guy is so darn strong I’m surprised he isn’t constantly wandering around Magano and slaughtering the Basara. Why exactly do they seem to need a Miko when this guy exists? Anyone who could be a threat to this guy is probably a monster that no being has any hope to defeat. That guy didn’t even really do that much and seemed to have forgotten his talismans. Yet he could literally will a Dragon Spot to close by speaking up and kill a Basara with a blunt swing. Oh and he can also destroy entire mountains!

This guy is just another reason why I wonder how the heck Rokuro and Benio plan on getting to 12 Guardian levels. This guy is just way beyond anything they could dream of being able to do, even with the resonance. There is such a long way to go it seems and they are running out of time to actually reach that point. Well I suppose the show would be over in a hurry if they could somehow reach that level immediately. 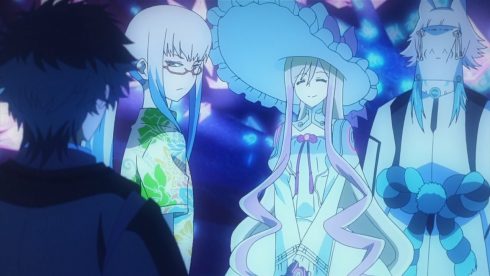 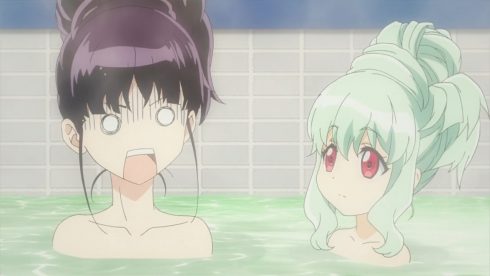 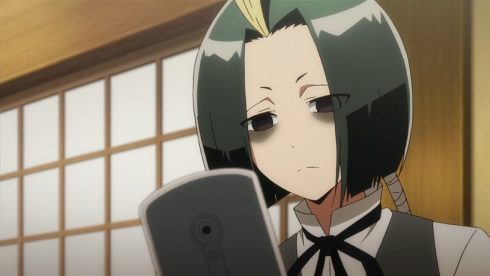 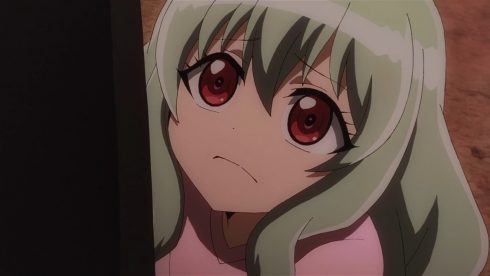 In the end it was a solid episode. I enjoyed the bits of the fight against Kinasa. I do think Rokuro and Benio through in the towel a bit easily in that fight. Yes, this guy is a monster but that didn’t stop you against Yuto. Just keep on attacking until you’ve got nothing left to throw at him.

The rest of the episode had a few chuckle worthy moments. Rokuro yelling at Seigen to stop calling them was awesome XD. I also did like the nice moment celebrating Benio’s attempt make a pun. She has a long way to go on the comedic front…but hey there is plenty of time to master that. Here’s hoping things go well in the next episode. This arc seems to be reaching a key point.