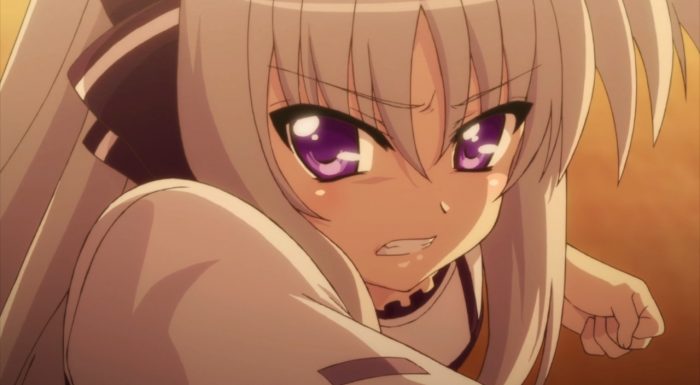 This was definitely another interesting episode for ViVid Strike. We got a lot more insight as to Rinne’s mindset and background than I expected. This episode also did a good job of setting up the future conflict that should be a big part of the show. I’m glad that things were allowed to play out between Rinne and Fuka there. Perhaps I should have expected them to do that. Nanoha is a show where a lot of problems tend to be resolved by befriending (i.e. beating your soon to be friend into the ground). So while I was a bit surprised that no one stepped in when Rinne grabbed Fuka by the throat, it did allow them to set things up nicely. It was good to see Fuka actually get a shot in there. That is probably one hit more than she was able to get when last they met. 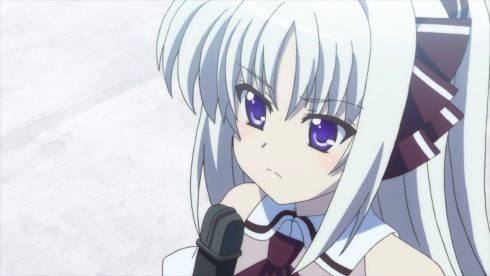 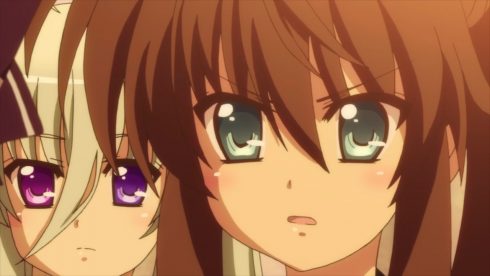 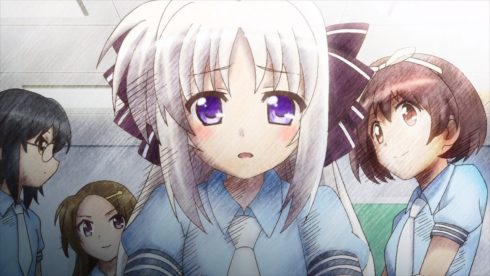 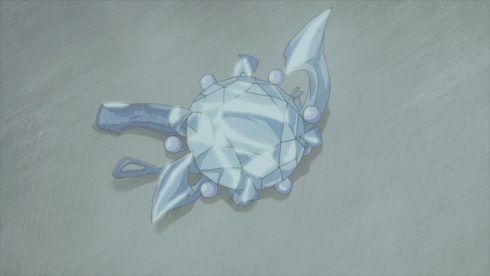 So far the situation with Rinne is a lot more standard than I might have expected. Though I suppose it does go along with this shows attempt to portray more normal but serious things. Rinne clearly went through some hell during her early years in school. One can guess at the combination of reasons. Anyone from a family with less money than hers might be envious and thus try to bully her. But the main thing would be if they found out that she was adopted. I have to believe the adoption was the main thing. Midchilda has schools and elite kids like that have probably mostly grown up together. A random girl who suddenly pops up would probably stand out to them. And toss in the fact that Rinne back then was pretty meek so bullies probably eagerly went after her.

It’s not torment or artificial mages, but that’s a believable motivation to seek power. Certainly the bullied can lash out in pretty extreme ways so this isn’t that crazy. That Rinne ended up in the deep end on her own and didn’t have Fuka to protect her. I could see her jumping on board with an offer to get stronger. Before she had to rely on Fuka to deal with the bullies of the world, but without her it was then up to Rinne herself. 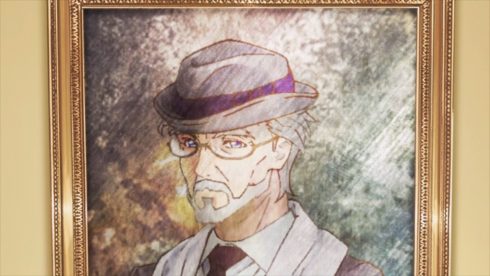 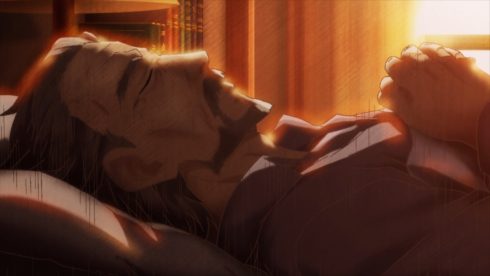 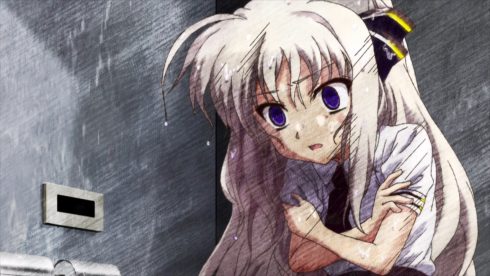 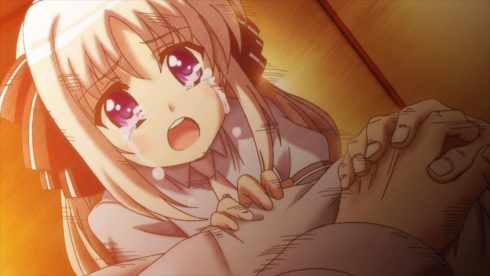 What does make me wonder about Rinne though is the connection to her grandfather. I can understand a child loving their grandparents. Rinne was adopted and that does leave me curious. She could have only known him a few years before he passed away. I would have thought the grandfather was a reason for her personality shifting, but it seemed like she grieved openly for him. Still, I do wonder about the guy. It is possible that he’s the one that found Rinne and convinced her parents to adopt. Or at the very least he was a confidant that she could turn to in terms of her school troubles.

Another interesting thing I suppose is that Rinne actually looks like she could be the daughter of her adoptive parents. That could give some credit to the whole artificial mage theory. At the very least if those two were looking to adopt a child that looked appropriate then they got that right. 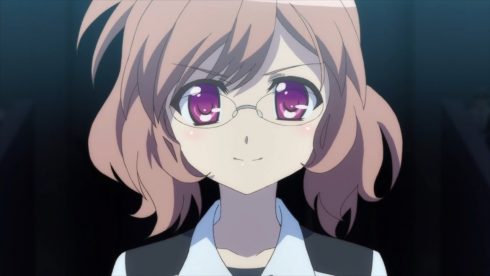 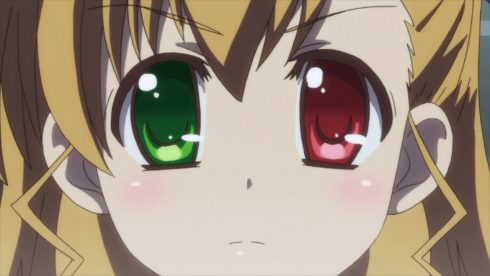 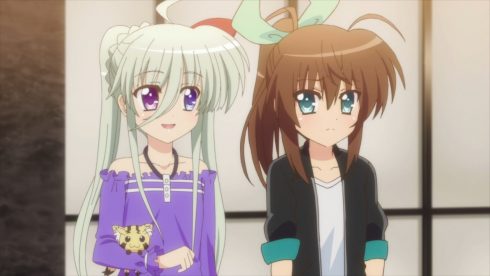 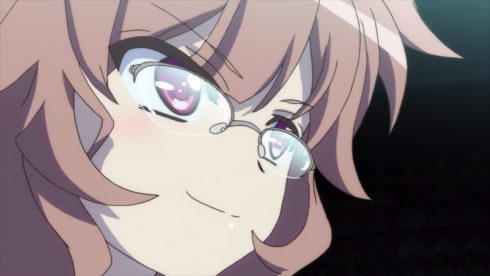 The clear cut “villain” at this point is her trainer Jill. She’s been the one with the “evil” smirks and an unsettling personality. That person can play it up in the public pretty nicely and get along with others. But there is no doubt she is one creepy woman. Not that I disagree with the Nakajima Gym’s interpretation of her views. Nanoha is a show where inherent talent has reigned supreme.

There are only a handful of characters who managed to rise to prominence despite not having a lot of talent. For the original series that was basically describing Chrono. He was a very intelligent and creative TSAB officer, but not exactly high on the power level scale. That did leave Chrono unable to really take part against the major threats in the original series. There have been a handful of “hard working, but not ungodly talented” characters in the show. But the main cast have almost always had a high level of latent ability to work with. Nanoha, Fate, and Hayate are all unbelievably gifted and powerful characters. Subaru was arguably a main character in StrikerS and she was a combat cyborg. Vivio is an artificial mage. And even Fuka seems to have incredible latent abilities. So I can’t say this woman is wrong for believing in talent.

The issue may be where that faith leads her. If anyone has turned Rinne into such a cold and pained individual it is probably Jill. Someone that creepy I could see doing things to drag out or maximize Rinne’s talents. Or it is possible they go more serious and Rinne didn’t initially have great potential, but Jill actually did things to grant her that ability. It is possible her beliefs are almost the opposite of what we think and she believes it is possible to create talented people. I just don’t trust that person at all and seems like she is manipulating everyone for some reason. I’d be fine if she’s actually doing this for a bigger purpose and is basically creating a champion for some kind of nefarious purpose. 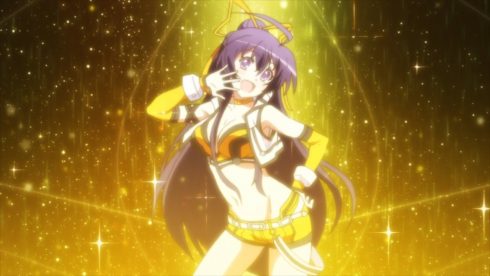 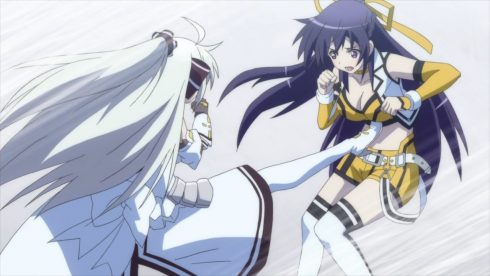 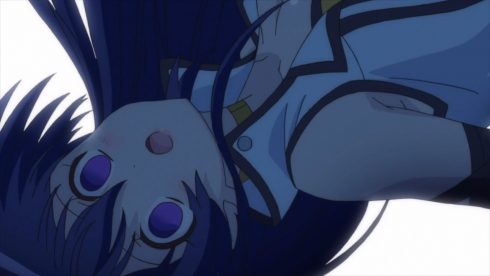 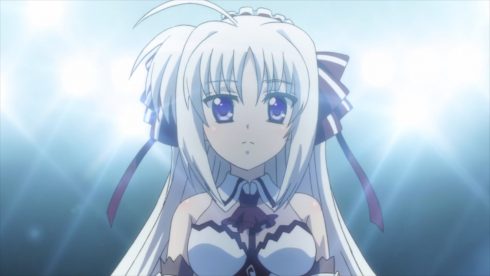 The fight we got in this episode was good and showed Rinne’s utter dominance. She is unbelievably skilled and powerful. Rinne did a lot of damage through pure power. While I have to think her physical abilities are magically augmented, she’s doing a lot without major signs of magical attacks. Truly this girl is a close combat nightmare. She’ll hammer away at your defenses and then smash you into the ground with throws. That isn’t easy to deal with. I’m not surprised either that her opponent was so overwhelmed the entire time.

There was a lot in that fight that I found curious. It seems whenever someone is truly having fun and being friendly…Rinne goes overboard. Even her coach thought she should basically use her opponent like a punching bag and test out some things. In some ways I guess that is Rinne’s form of sympathy? She doesn’t drag out fights against nice people so they won’t have to suffer more physical punishment than is necessary? I suppose you could treat her relief at not utterly breaking her opponent as being nice…but it doesn’t exactly make someone feel better to say it wasn’t a good fight. I suppose the issue could be that Rinne just doesn’t understand people who are having fun doing this. All Rinne seems to really want is to rise to a level that no one can look down on her. 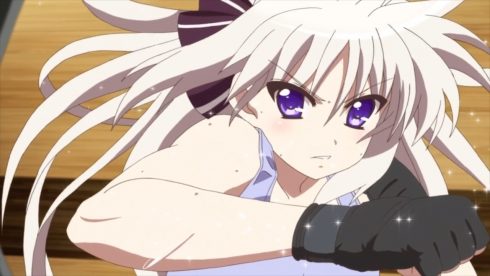 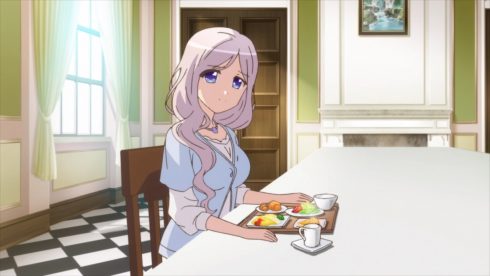 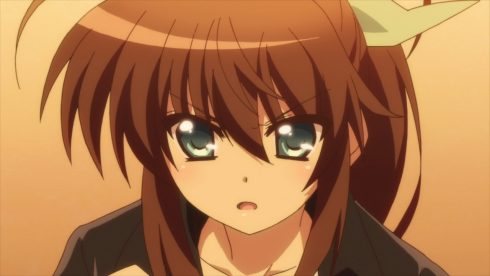 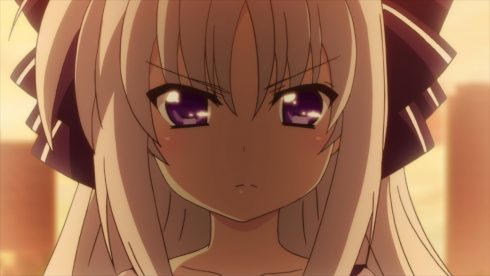 And so we are set up for the fights ahead. Rinne has basically thrown down the gauntlet. Of course this was partly Jill’s desire as well. If she is somehow experimenting on Rinne or just using her to prove a point, then basically toppling the world champion at that level is a necessity. I’m kind of curious if we will actually see her fight the majority of the main cast or not. It will be a big tournament and one would presume that the other characters will face some major opponents along the way. I’d expect to see Rinne fight at least one of the top 3 at the Nakajima Gym before setting up to a big fight with Fuka.

I’m all in with ViVid for the rest of the season. It is an enjoyable show to watch and talk about. Hopefully the rest of the season remains compelling. So far it seems like a pretty standard kind of fighting tournament series, just with magical girls. But, you never know how things might unfold. Hopefully we get some more insights about Rinne and her coach. But for now we probably will have to see Fuka go through some crazy training to get set for facing the major threats ahead.