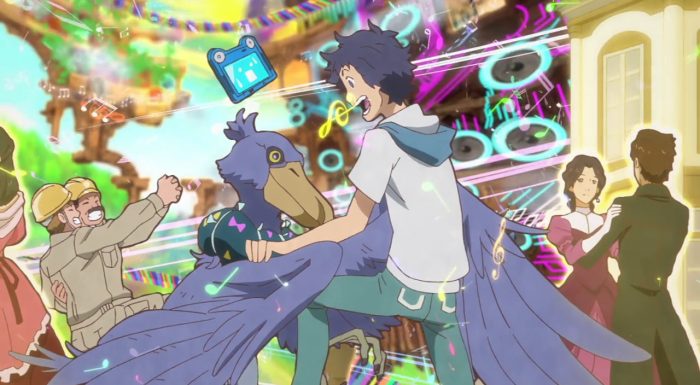 Okay … let me just say this first: there is no way in any parallel existence possible that I am going to pick up this bizarre, hilarious mess for blogging. That being said, I enjoyed the first episode waaaay more than I expected to. When the first descriptions and pv videos became available of this series my reaction was pretty much shared by many other people across the board … namely: “What the hell is this?” while laughing at the same time. (After watching the pvs one person very fittingly joked: “Someone forgot to warn the Sunrise folks NOT to eat those brownies sent by the Trigger team.”) This is another one of those series whose premise is so ridiculous it had the potential to be really good. And in my opinion the first episode definitely bore that impression out. 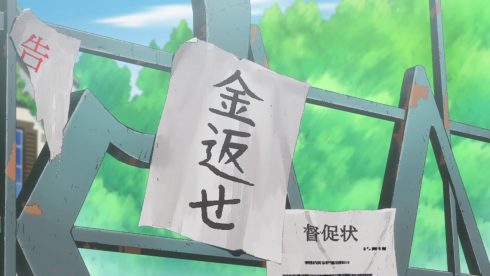 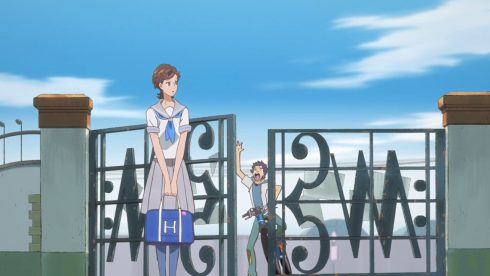 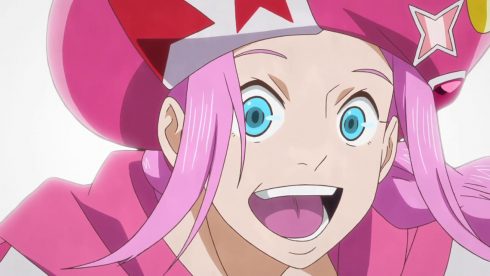 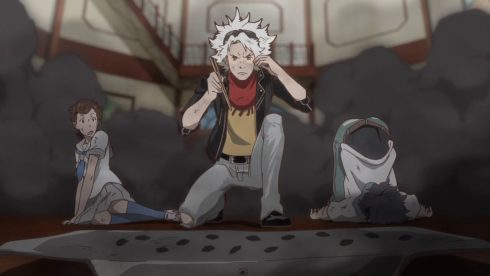 Bear with me as I try and share what this series is about for those who have not heard of it. The official description of the series goes like this: “In a rural town undergoing revival through music, two high school students living in the area named Kanae and Sousuke meet none other than Beethoven and Mozart! Calling themselves “Classicaloids”, this mysterious duo creates a strange power through the “music” they play. One night, stars fall from the sky and gigantic robots appear, causing trouble every single day! Bach, Chopin, Schubert also appear as Classicaloids. What is the mystery behind the powers they possess? Are they humanity’s friend or foe?“ 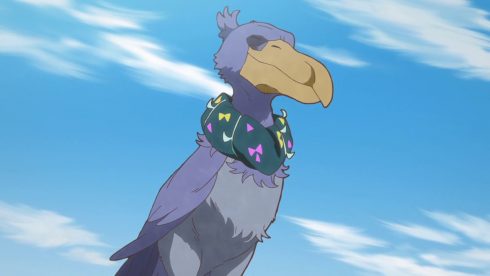 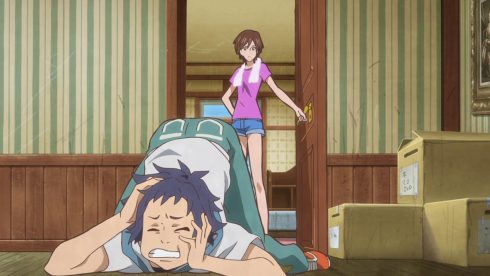 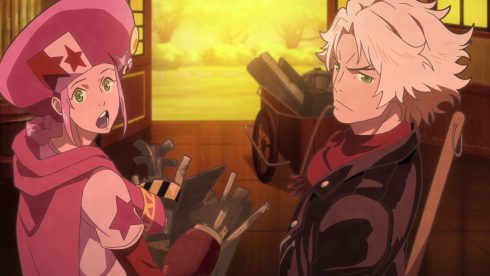 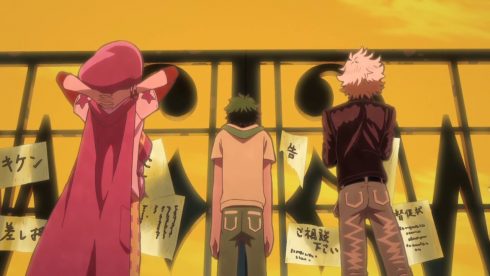 Ooooooookay. Following on that here is a rough summary of what happens in the first episode: “Otowa Kanae used to live in a fabulous music-themed mansion with her paternal grandmother, thrilling to the old woman’s stories of when balls were held and the great organ in the hallway played. Since her grandmother’s death, however, her father has taken off for parts unknown, squandering the family fortune, and her mother has abandoned the family. Now Kanae thinks she wants nothing more than to sell the family mansion, but her father has sent two strange young men to board there – Wolfgang Amadeus Mozart and Ludwig von Beethoven. Kanae can’t get them out of the house (or her friend Sousuke to get his stuff out), and the wrecking crew is on its way to demolish it. That’s when the true identities of her house guests reveal themselves in the most amazing way possible, as Kanae realizes that maybe she isn’t ready to give up her grandmother’s home after all.” 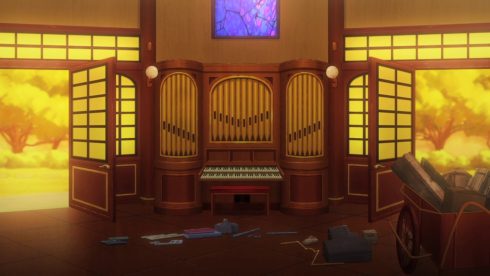 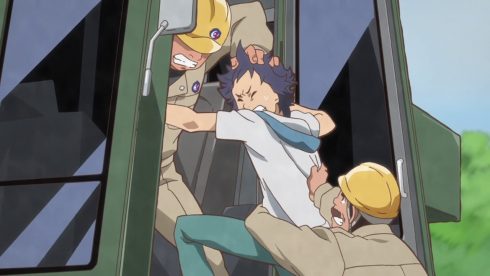 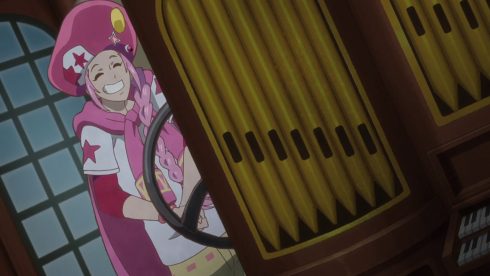 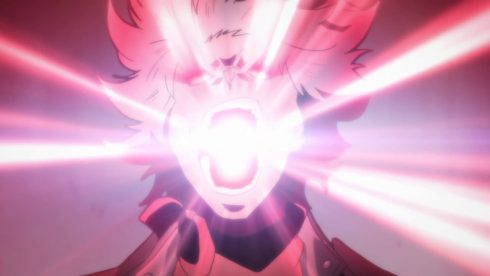 So … after this huge, gloriously animated mess of crazy, zany randomness was over (heartily interspersed with lots of giggling, face palming and question marks galore appearing over my head) I began to try and sort out everything I had just been exposed to … in some ways it was even harder to put in order than the first episode of Flip Flappers. Among other things it looks like there are several other Classicaloids suddenly wandering around (the pvs show some of them showing up at Kanae’s mansion as well), and eventually we are going to get an invasion of robots from outer space that these … whatever the ClassicaLoids are … are going to defend the planet from. 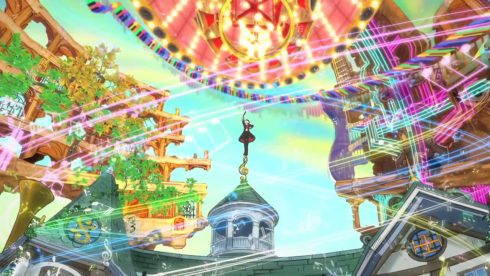 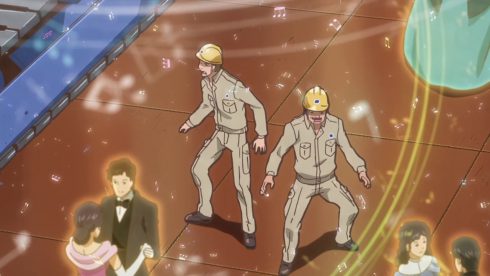 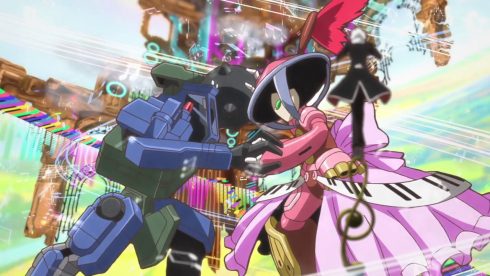 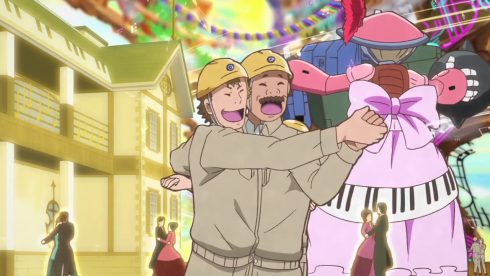 Gazillions of questions arose from watching the first episode. Such as whether or no the ClassicaLoids are all “on the same page” or if they have “factions” that disagree on things. It is hard to imagine them having some kind of military like organized mode of operation, tactics and the rest just looking at how Mozart and Beethoven go about their daily lives. Furthermore, just what exactly ARE they and where did they come from? (Also, why in the world is the shoebill wearing the scarf hanging around? Just to look stoic and watchful?) And what was the deal with the old organ belonging to Kanae’s grandmother – the one that turned into the pipe organ mecha in a dress that was ballroom dancing with the blue wrecking ball machine mecha? And so on, and so on….

To be honest I think that if I tried to blog this series my head might implode, but for the moment I do think I will try the next few episodes of this … incoming two cour … creation? My first impression is that it might work for a 5-6 OVA series or a one cour series at most, but on hearing it is two cour … I am both wary and curious at the same time. In any event, I CAN very definitely recommend to viewers that they give this series a try, eSPECially if you are familiar with classical music compositions and composers. It, together with Flip Flappers, is certainly among the most inventive and creative premieres of the Fall 2016 season! 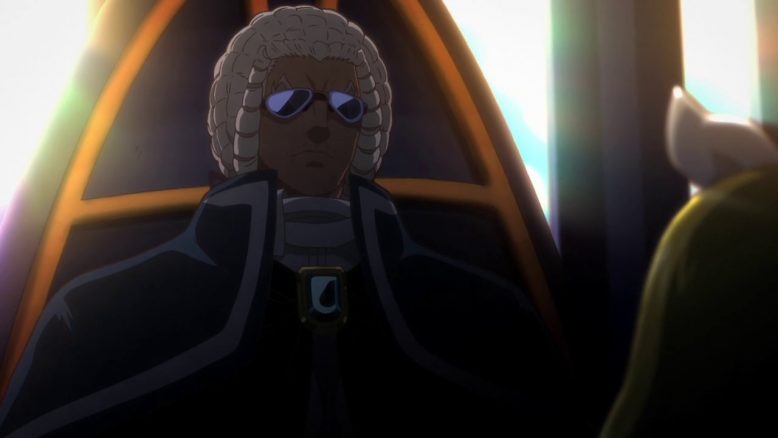