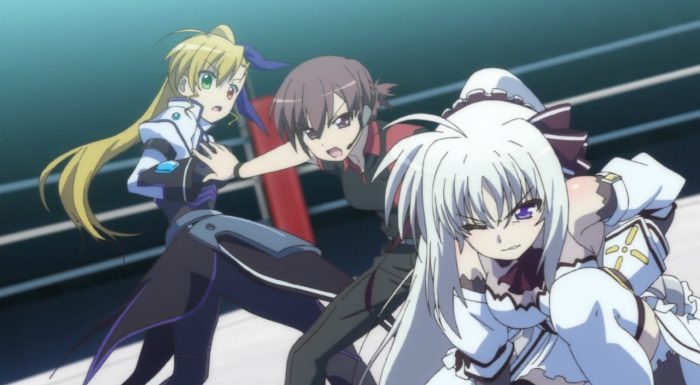 I would say as a whole this was a lighter episode than the first one, but it did have some more somber moments at the end there. It made sense for them to go this direction with the second episode. This was all about getting Fuka acclimated to her new surroundings and showing just how much time and effort she’s putting in. It wasn’t quite a series of montages than narrated sections of her day. One could argue she lucked out finding a place that would let her develop her talents and accept her openly. On the other hand Fuka is working her rear off. That girl is putting in putting an amount of daily work that would put the average person to shame. There is no doubt she is earning her room and meals.

The sun sure rises really early on that planet. Fuka is up remarkably early and just getting to her business without complaint or fuss. It takes a few moments to fully wake up, but she’s right off to work first thing. Even before breakfast she’s worked hard at the gym, gone for a run, and done some training on top of it. I can’t get anything done without at least a little breakfast to start off XD. Although I don’t get to eat that kind of extravagant breakfast either…so maybe it is necessary to work up an appetite before diving into that. 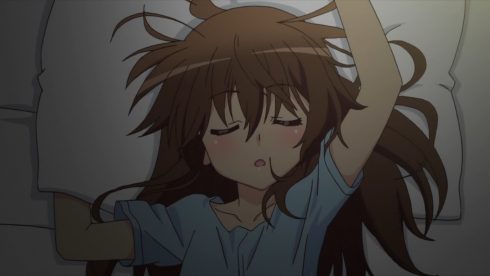 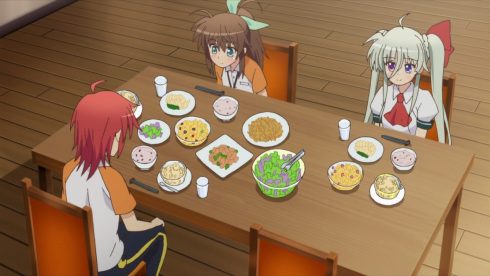 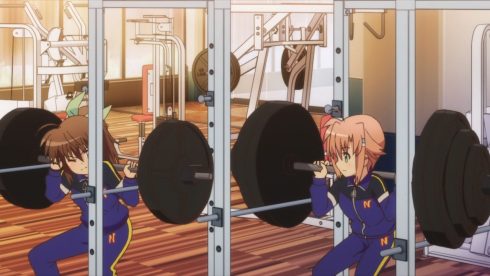 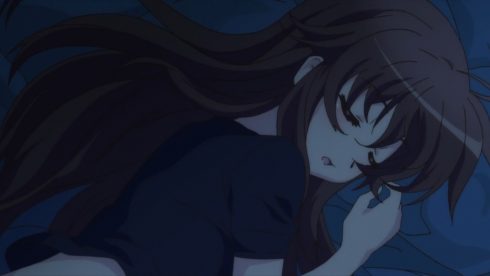 And it does seem like everyone is accepting with Fuka being out of school and working at that age. She is a year younger than Einhard, but already working herself to the bone all day. Whatever compulsory education is at work on this planet, there seems to be exceptions. And Fuka is definitely making the most use of every hour she has. I’m sure she has standard breaks, but overall she seems to be moving most of the time. Setting things up in the morning, working the desk, doing some intense training with the group, and then doing some more work before getting some sleep. It is an utterly exhausting lifestyle getting up early and going to sleep that drained.

I’m glad we kind of put so much into this episode so we don’t have to take week after week of seeing Fuka learn more techniques. The good stuff will come with conflicts against Rinne and probable tournaments, no point wasting time on less interesting things. And the show has hammered home that Fuka does have an incredible amount of potential. No escaping the pun either that her potential was so great that her clothing couldn’t contain it XD. I suppose a few fanservice moments don’t hurt anything when they have some plot elements to them. Even Rio and Corona couldn’t handle managing the magic for Fuka to go into the show’s new “power mode” or adult mode as it was previously designated. At least that potential should explain how she can close the gap between herself and Rinne. 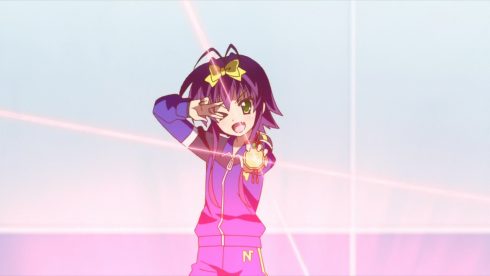 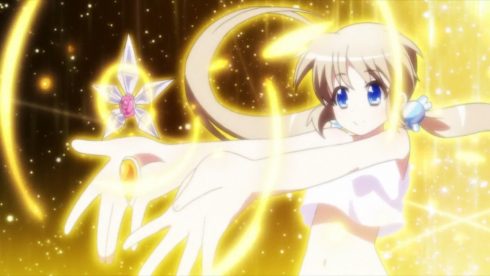 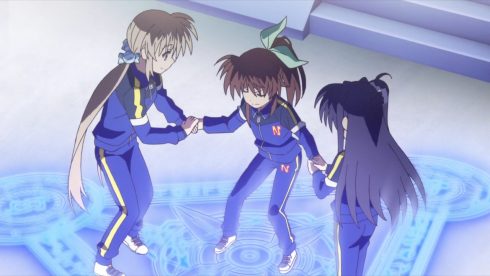 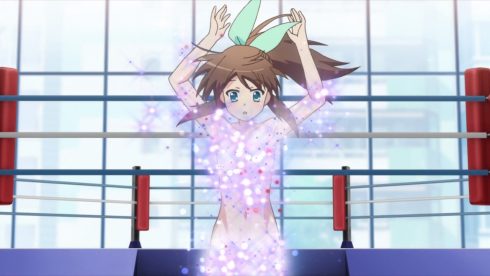 The whole power mode is an interesting topic. The early seasons of Nanoha really didn’t have any problem with young girls getting into messy fights. Nanoha and Fate fought as they were for a lot of conflicts. Though the show did transition in StrikerS to an older cast with only a couple young characters (and they didn’t really have that many close combat fighting sequences). And then the show with Vivio and then Einhard introduced this adult mode/power mode option. I guess the idea is that the amount of power they are using is a big strain on a younger body. The show did touch on that kind of thing previously. So by temporarily aging their bodies with magic they can withstand their abilities easier and avoid recoil issues.

As always Nanoha knows how to handle its transformation sequences. Although we didn’t get the full ones since they weren’t going into full combat mode this time. It was a nice chance to see characters like Rio, Corona, and even Miura getting these modes. This might be a kind of official requirement for younger competitors to transform into forms that can handle the combat better. Although could easily just be a thing done for fanservice sake. You can have basically young adult bodies (18+) while the characters can still be under 15. No idea if that is the real reason…but I could believe it. 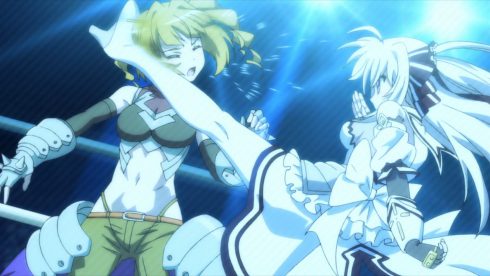 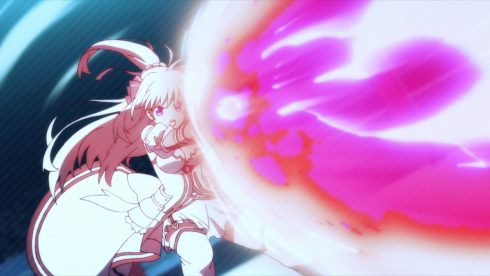 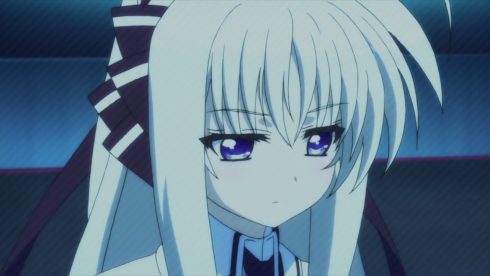 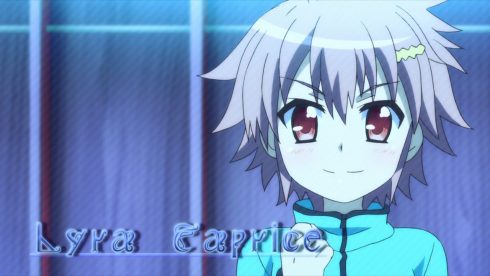 The question remains about what is going on with Rinne. Something is up with that girl and this episode just continued to hammer that home. My questions come both with her actions and her abilities. Rinne’s abilities are off the chart high. It seems like she’s basically elite in every sense. You have characters who have elite attributes, but some weak points. There can even be jack of all trades, but master of none types. But, Rinne is more like that elite athlete who is basically elite at every aspect of the game. Now there are ungodly gifted characters in the Nanoha universe in magical skills, but something might be fishy here. I do wonder if there is something suspicious either in Rinne’s origins or what happened to her after adoption. Is Rinne a Project F child or was she magically augmented by her ‘new family’?

Rinne’s overwhelming skills are suspicious, but so are her actions. It just doesn’t seem to mesh with the girl we saw in the flashbacks or even that brief scene last week. She utterly demolishes her opponents and then heavily demeaned her opponent in the fight last year. I can understand why Fuka would try to speak to her about it and how things would escalate. Rinne’s opponent seemed brimming with confidence and eager to have her last match be one without regrets. But all she was given afterwards was regret with Rinne talking about the fight like her opponent was in terrible form. That she was so weak that her prime condition looked like garbage to Rinne. I suppose it’s possible her opponent really was in bad shape and Rinne saw through that…but who knows. Somehow I don’t think it was that simple. 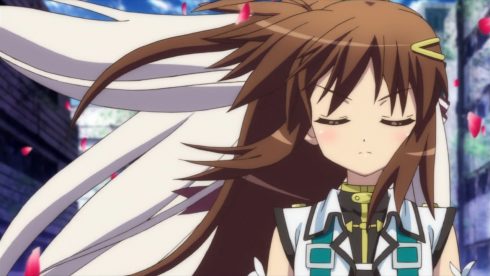 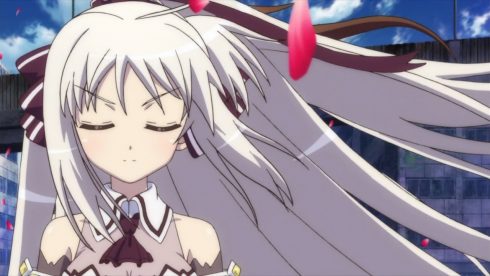 If nothing else this show has a pretty enjoyable OP. It has the right combination of a good song along with some enjoyable visuals. Now this might not be the best OP of the season, but I can definitely enjoy watching it each week. It has a nice mix of action and just showing off the pretty large cast of supporting characters. The OP does manage to keep the focus on Fuka and Rinne in various shots. In the end the story is about these two and their relationship.

The lyrics touch on that relationship quite a bit. These two were so close and now are rather far apart. It is going to take a real effort by Fuka to pull them back together again. I wish Fuka the best of luck on that front. And it is interesting how the OP is being sung by Rinne’s voice actor. It makes for a nice pairing with the ending song. 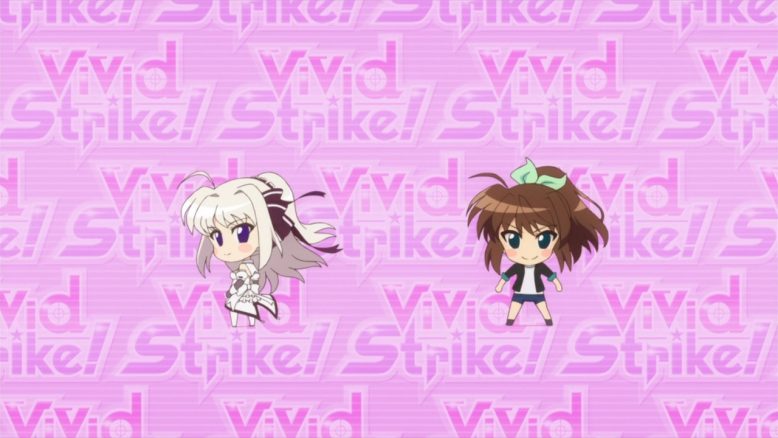 The ED is pretty simplistic and a quiet way to end an episode. A lot of scenes of the various cast members in chibi form falling through the screen. It’s a nice and cute ED. Sure, I wouldn’t mind a busier ED with various things happening but this is alright. It is interesting as well that Fuka’s VA is singing the ED for this. Though I suppose it’s arguable that both the OP and the ED are being sung from Fuka’s point of view.

No doubt this song is coming from Fuka. She has and will grow through this show. Fuka is stepping away from trying to endure life on her own and now trying to open up Rinne’s heart once again. 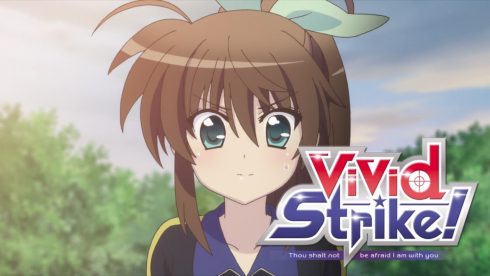 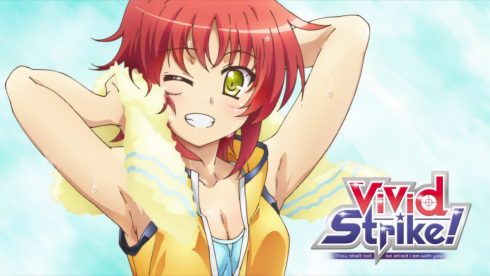 I can’t wait to see how that conversation plays out…It is bound to end badly with Fuka and Rinne likely clashing once again. I wonder if they’ll have it play out with scheduling some kind of exhibition match between them? Gives time for the cast to procure a device for Fuka and give them an early fight before a much bigger one down the road.

No telling if I’ll stay with the show past this episode, but it was another good one. So far I’m enjoying the tone and direction for the show. It wouldn’t hurt for them to dig more into the society side of things once again, but this episode made sense. We got a better feel for the current Rinne and how hard Fuka is working in her current situation.