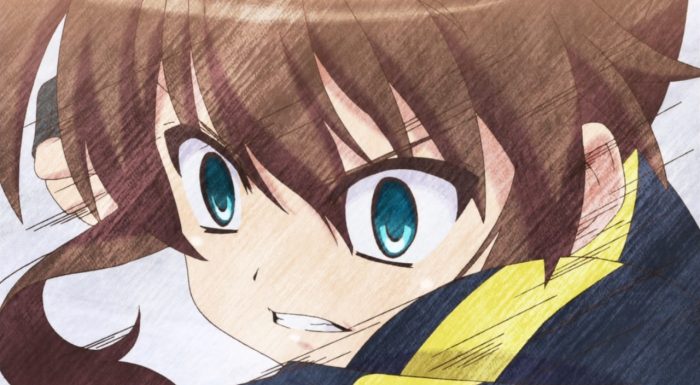 One show I was curious about going into this season was ViVid Strike. There was so much mystery outside of a short trailer. I was also worried with the dropping of the Nanoha name from the title would mean they were going in the wrong direction. What I can say from the first episode is that they have the foundation for a good show. The visuals are pretty average. The story could be a lot more interesting for me than the ViVid series. That show clearly didn’t sell well enough to warrant a continued adaptation of the manga.

Honestly I think an original story set in that universe could work out for the best. If they can build off this episode and continue to make it interesting then we are in for a nice ride. Again, whether I pick up this show or not depends on the rest of the season. This was definitely worth a first look though. 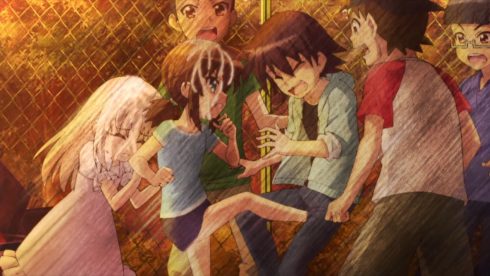 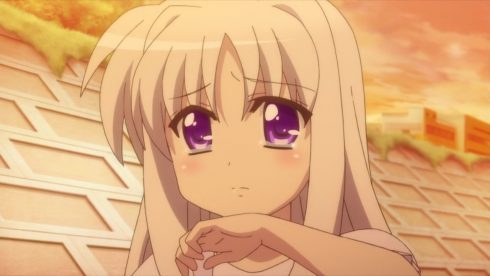 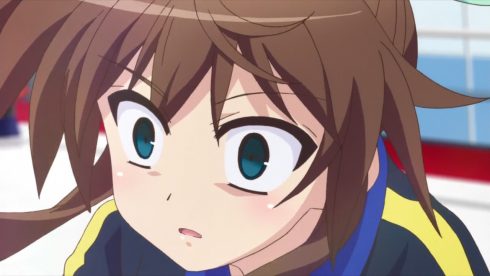 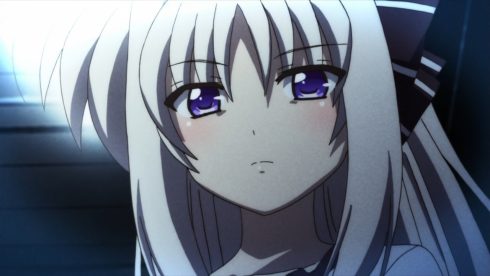 I honestly liked the first impression we get from Fuka. This girl has a lot of energy and personality to her. Honestly, I never really cared that much for Vivio as a main character. I didn’t mind her in StrikerS for her role, but as the lead I wasn’t a huge fan. Fuka has attitude to her, but also a background I can get behind. This girl was an orphan without much of anything outside of her friend Rinne. That girl was basically her family and she did everything possible to protect her. Rinne gets adopted and is suddenly pulled from Fuka’s life.

Losing your only family hurts, but what really beat up Fuka was what happened afterwards. Seeing her friend get into martial arts and seemingly turn into someone she couldn’t recognize. Fuka clearly has some issues with those who are well off and look down on those who have little. What Fuka saw was her friend becoming that kind of person and having those same eyes. After that she then gets into a fight with her and is soundly beaten by the person she had strove to protect. 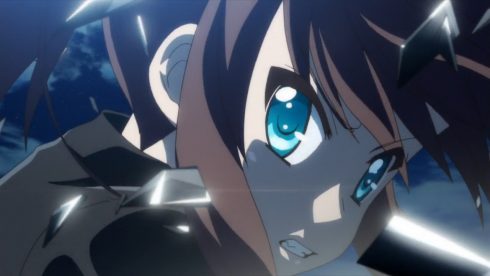 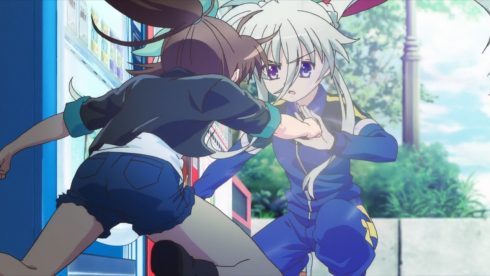 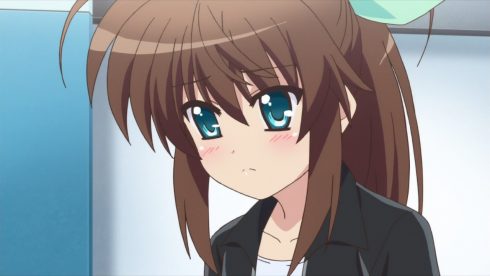 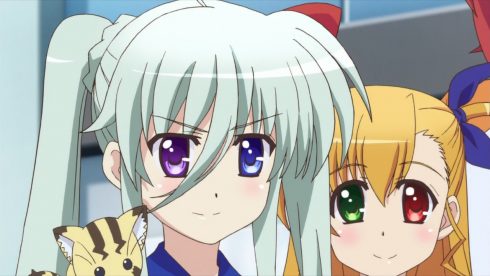 Fuka just lost her goal, her friend, and all sense of direction in one moment. What was she even trying to do and for who? The girl lost herself to that grief and just developed a shorter temper. Fuka was just randomly fighting without any real purpose to it. And I can understand her feeling lost. There were options to get stronger, but what was the point? Even if she got stronger what if that put Fuka back into conflict with Rinne? I think she was definitely scared to see her friend again and see how much she had changed.

In that sense she really is the ideal candidate to learn from Einhald. That girl was/is captured by the memories of her ancestor who went through something similar. He wasn’t strong enough to stop someone he cared about and was left with regrets. Fuka is very much in that position right now. She needs to get stronger in order to stand on the same level as Rinne. If she can gain that strength then maybe she can find out why her friend acted the way she did. 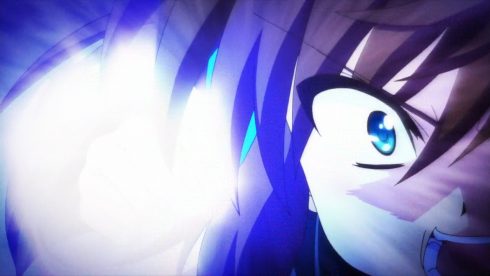 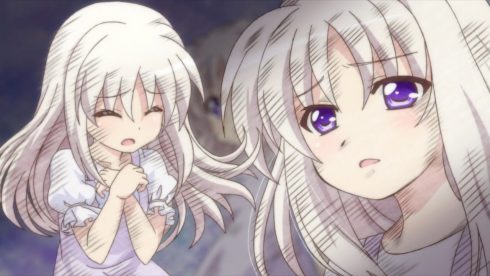 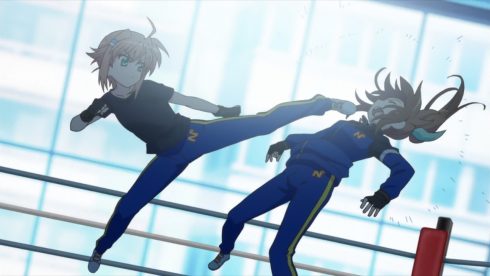 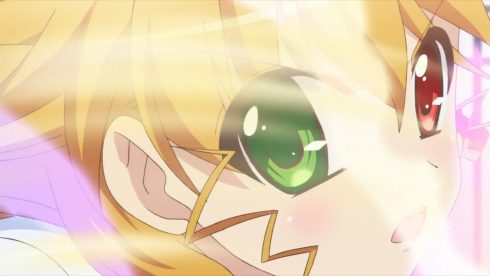 Of course Fuka has a long way to go here. That was kind of painful for me just watching her get stomped four times in a row. Fuka has a lot of potential and talent, but she has no technique. Providing her with the technique could make all the difference in the world. Fuka is starting from pretty far behind the others, but she could catch up pretty quickly. If the show relies on the fact that she is incredibly talented then learning Einhald’s style could get her on the level she needs without having to wait the entire cour.

It ended with basically a double elimination for Fuka and Vivio. But it was nice to see her actually tough it out and fight back. Fuka has the talent to get stronger and now she just has to put in the time and effort. I am kind of interested in seeing how strong she’ll end up being. 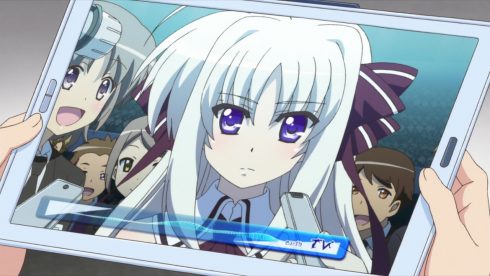 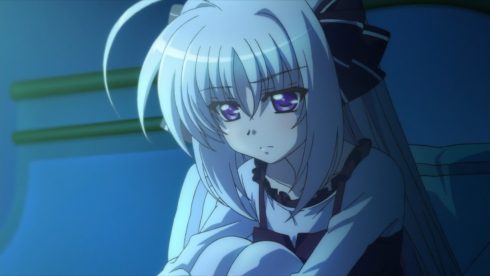 There is an interesting side of the story with Rinne as well. We really didn’t get a lot of insight as to her motivations from the flashback. I can imagine she was glad to get the chance to get stronger and potentially protect the person that protected her. The idea of not always needing someone to protect you is a comforting one. And certainly it seems like she does still care a lot about Fuka. The only question is…why did she act like that? Rinne had to understand that taking such a stance and attitude against Fuka would break her heart. Maybe it is related to the family that took her in, but I am a bit baffled to be honest. 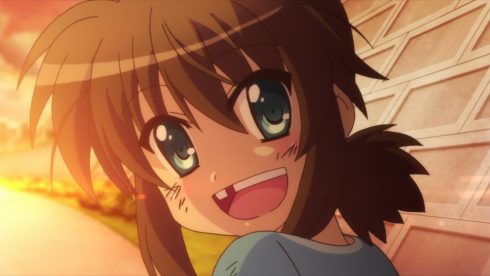 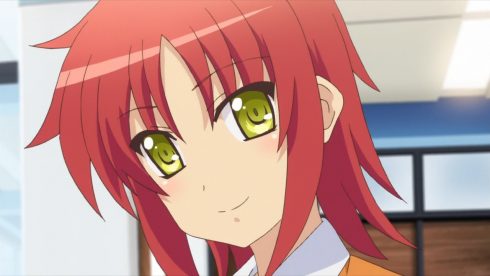 Overall this was a pretty strong start for the new series. It does seem like they will continue the focus on magical martial arts like ViVid. On the other hand I think Fuka is a pretty likable lead with a good personality. If you are going to distance from the original cast then this is the kind of protagonist I would go with. Whether this will turn into a good show or not is impossible to tell from one episode. However, this did get off on the right foot and could be really good. I’m looking forward to the next episode to see how far they get with Fuka’s training.