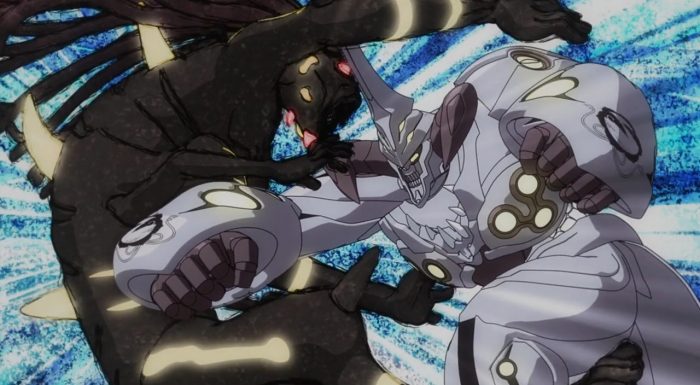 While this episode had a fair amount of standard moments, it did move the story forward slightly. A few name drops and a Heavenly Guardian using a giant mech were the highlights for this episode. Honestly if you decide to throw in a giant kegare vs a giant mech then at the very least you have an enjoyable episode XD. Did I forget to mention that apparently one of the 12 Heavenly Guardians….pilots a giant anti-kegare mech? Now I’m kind of wishing this was a different kind of show. Makes me wonder as well if that Cordelia girl is actually human or some kind of machine herself. 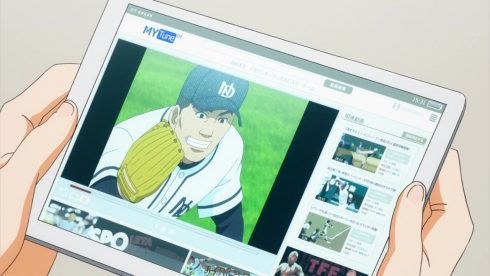 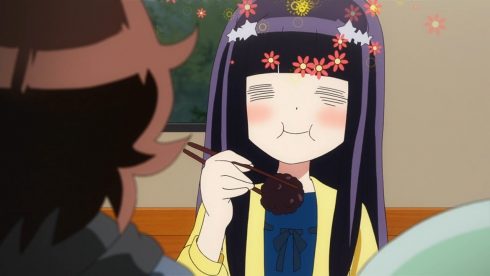 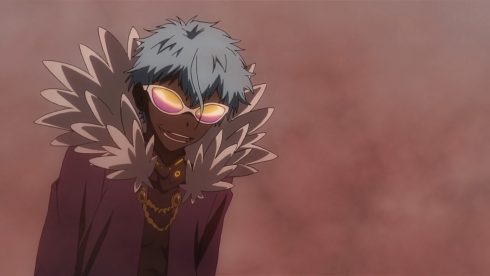 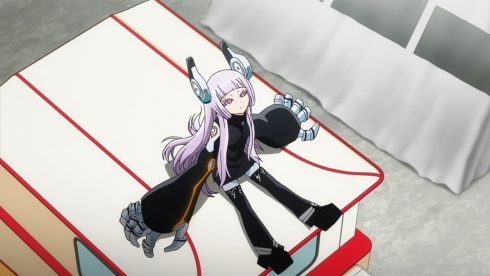 Not a bad thing I suppose to introduce us to another pair of the Guardians and telling a general kind of redemption story for a baseball player. Honestly I’m not a huge baseball fan so this episode kind of made me shrug at times. I feel like this episode only happened because of the recommendations on YouTube. Come on Benio, don’t have that girl spending all her time watching YouTube videos! She’ll find a lot of weird and random stuff on there that kids probably shouldn’t spend their whole day watching.

I was a bit surprised that this didn’t pick up from the lion issue from last week. Instead everything seemed very normal. Maybe they are just saving that lie issue for later? It would be a bit strange though that Sae just decided to let it go until a later date. I guess it wouldn’t have worked with the whole baseball theme. Regardless we can say that Sae and Benio are getting along pretty well. 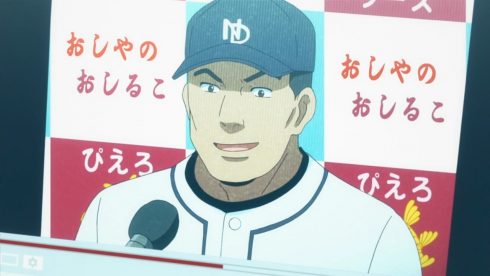 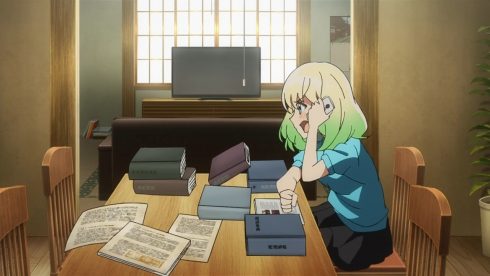 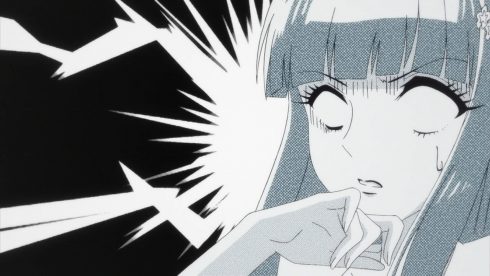 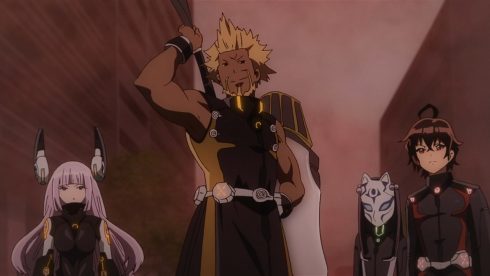 Probably the best chuckle was just the story messing with Mayura. Obviously anyone with common sense would know that Rokuro and Benio aren’t messing around with Sae on the bus….while talking to Mayura on the phone XD. That would be some surprisingly reckless behavior from the two of them. Though I think Mayura needs to accept the reality. Benio and Rokuro is just going to be a thing and her chance well passed her by.

Obviously the focus here was on the baseball player. I guess it was a two way street with the focus being on a sense of duty. Rokuro and Benio have certainly picked up their level of duty and focus on what they need to do. This episode had them being far more focused than previous episodes. Instead of rushing out in casual outfits, we had the main duo going out there ready to fight. Sure, they had to fall back pretty quickly but at least this time they were ready to get the job done.

I did find the whole pitchers duty thing kind of interesting. Wasn’t that interview incredibly arrogant? I know the pitcher is a huge position in the sport, but it is still a team game. Is saying “it’s all about me to save the day” kind of putting down the efforts of your teammates? Maybe it’s just a culture of baseball thing. It did feel a bit too “on the nose” to compare a starting pitchers duty to win the game to an exorcist who is trying to save lives. 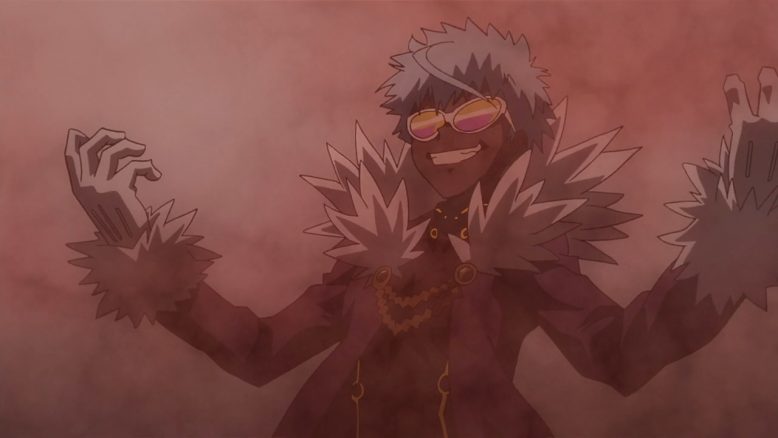 This guy is certainly flamboyant

I’m kind of surprised this Basara even wanted to come to this world. Didn’t he have a much stronger supply of kegare back in Magano? Maybe the point was that so many kegare are coming out of the Dragon Spot in higher concentrations than you would normally fine. Magano is a massive space (looking to be a copy of the regular world) so the kegare are probably more spread out, while this area is a focused point. Regardless I kind of wonder what this guy was even trying to accomplish. Maybe he’s like Kamui in having a very specific focus. This guy just wants to destroy and doesn’t really care much about what happens beyond that point. 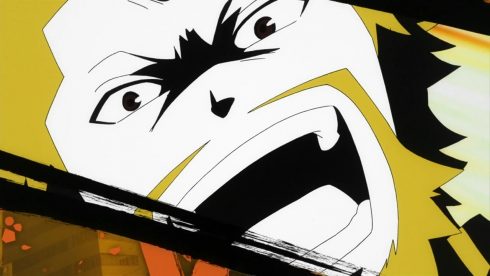 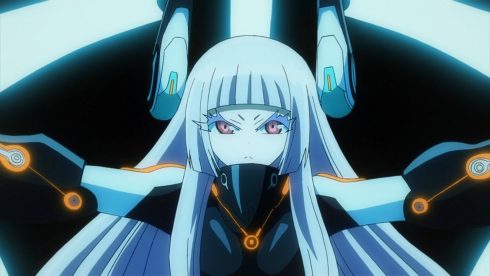 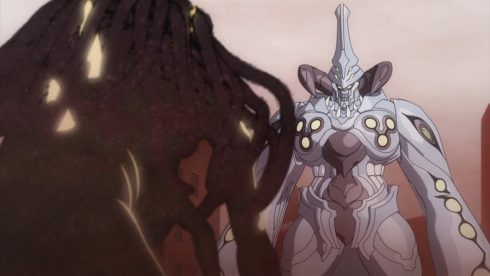 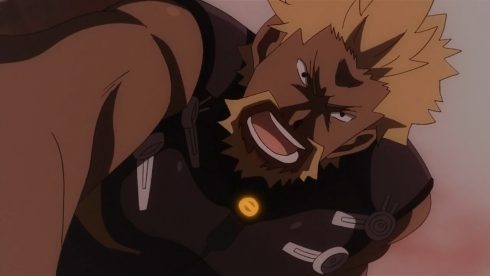 I did find the new Guardians that we met…fairly entertaining. Obviously Ioroi is the more talkative of the two and perhaps a bit over the top in that sense. Just like the Basara, the 12 Guardians are all pretty quirky characters. An interesting weapon that guy has and an ability to creative some powerful barriers. The most dangerous aspect of Ioroi’s power may be his ability to cut kegare in half by bringing a barrier up from below. We learned more about him than his partner in that he is a big baseball fan and also has a kid. Though perhaps he hasn’t quite cut ties in the same way that Seigen did.

Cordelia certainly falls into the quirky category herself. For some reason Cordelia rarely speaks in a full sentence and instead just spelling out a single English word to get her point across. That probably has more impact on the native Japanese audience than for the rest of us who naturally know what it is that she’s saying. Cordelia is probably the type that has to be paired with someone like Ioroi since she can’t communicate any complex plans. Her most complicated plan was to basically murder the heck out of that Basara. A cute character, but can’t say much about Cordelia from this introduction. The only thing I can really say is that she has a cool mech XD. 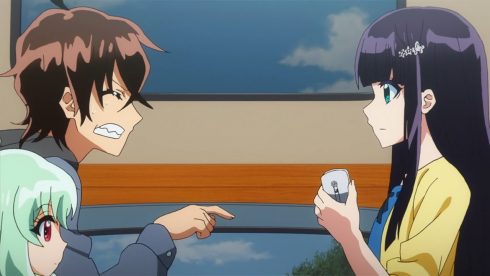 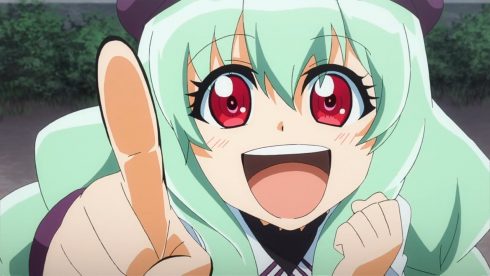 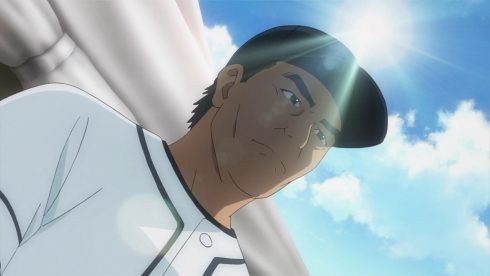 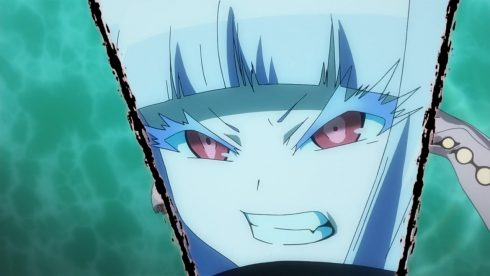 Overall I wouldn’t say it was a bad episode. It played out in a pretty straight forward way. One point I might make is that Kinako can smack Rokuro with the seatbelts…could he try locking the darn doors to that vehicle? Not that I can’t respect what Kawase did in trying to warn Rokuro and Benio, but it was exceedingly dangerous. Sae has gotten into half the troublesome situations that she has because she can simply walk out into trouble. Guess we will see what trouble the cast gets into next episode.