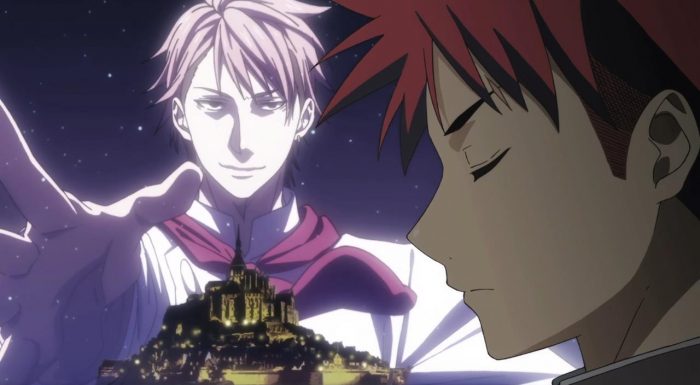 Its going to be such a darn shame to see this series go. After a somewhat uneven Autumn Elections arc, its with the Stagiere that Shokugeki no Soma Ni no Sara has really invigorated itself. There’s a renewed sense of energy, of learning and determination that prevails across all aspects of this story. Yukihira Soma is undergoing what you’d call the typical shounen training arc, and boy, is a it a joy to see happen. 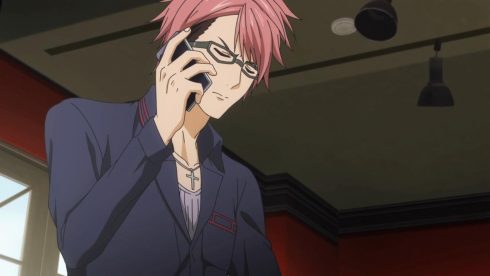 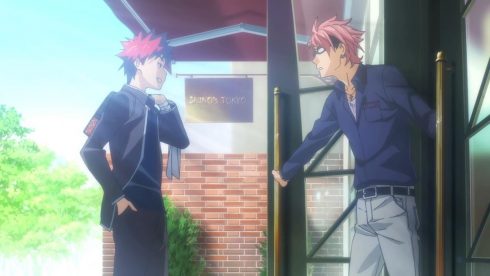 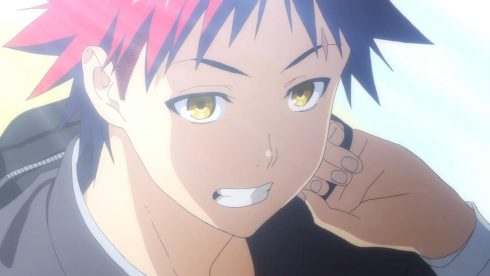 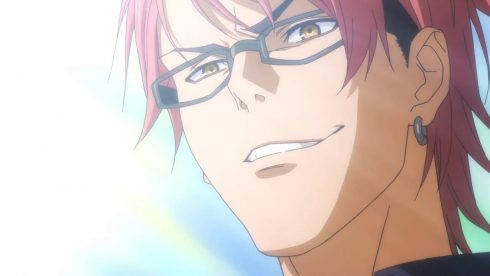 What’s perhaps most endearing about this whole situation is that it continues to show Soma as an imperfect jewel that’s starting to get polished. Yes, Soma is an amazing guy, and we’ve seen him win and save the day a ton of times, but its just not the same as what we’re getting here. This is a Soma that isn’t fighting for some moral high ground, or to do something right, but one that’s simply enjoying cooking and learning from every opportunity that he gets.

Last week, when we saw Shinomiya, I was expecting a very different kind of story. I was expecting Shinomiya to run Soma through the ground, only for Soma to somehow fight against him and prove himself. This arc though? It really felt like it brought out the best from Soma and Shinomiya. 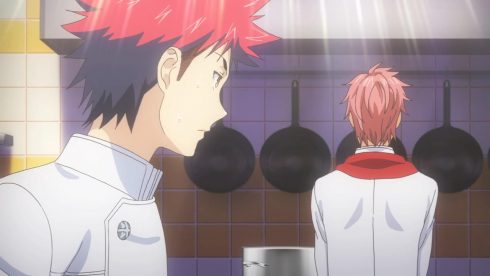 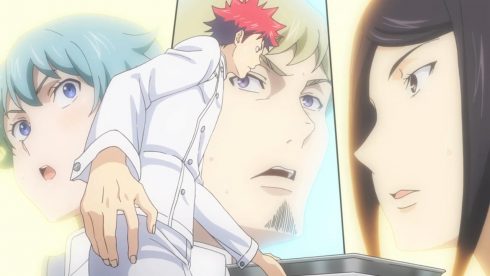 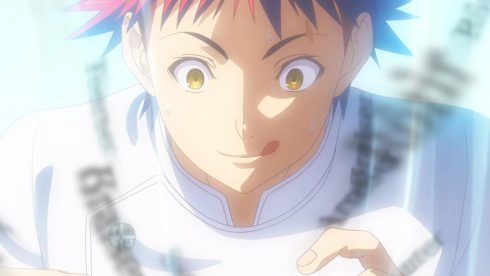 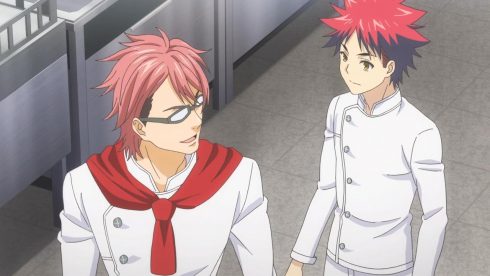 If you recall, I actually stated that I hated Shinomiya’s guts, and while its been some time since we’ve seen him, I fully expected Shinomiya to get on my nerves again. Imagine my surprise when he not only had a team of subordinates that were exceedingly loyal to him, but that he seemed like an actual good leader and mentor. If anything, Shinomiya’s particular hands off approach to mentoring Soma was just what the doctor ordered.

Shinomiya didn’t do much more than treat Soma like any other employee just starting out. He didn’t judge, or berate him for his mistakes, beyond just professionally spelling out what was going on and how much Soma needed to improve. And Soma, in turn, realized his own inadequacy and worked diligently to fix it, gaining a slew of new skills in the process. 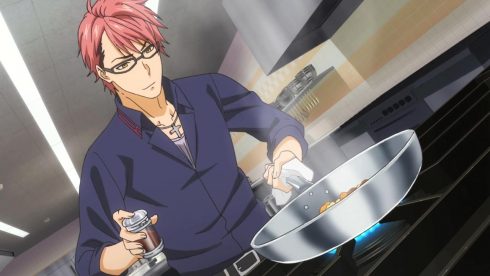 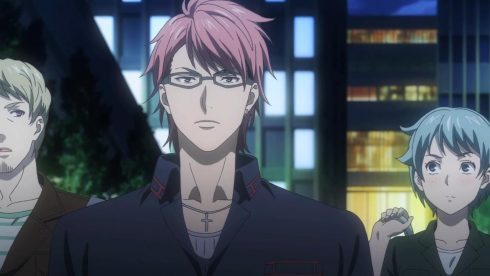 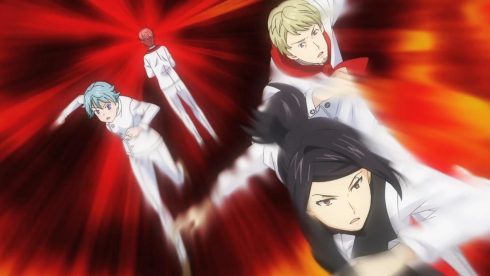 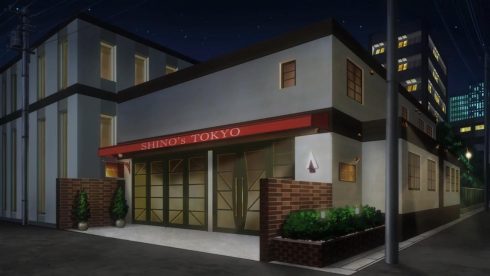 Of course, Shinomiya wasn’t the only person that made a lasting impression this week. All three of his “Staff” were exceedingly fun and likable characters, and each definitely had the ability and professionalism to be able to work under Shinomiya himself. The little moments, with Shinomiya walking out with his staff, and them all talking about Soma, it all showed a real sense of a family and teamwork that only those that have worked in a fun work environment can understand.

Added to all of that, was the actual depiction of just how hard it can be to run a fancy restaurant, especially one that offers multiple courses. As Soma struggled to come to grips with everything he had to do, his explanations about just how difficult it is to manage and handle the work load of serving multiple people, were pretty spot on. 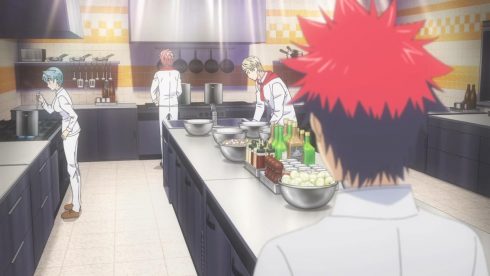 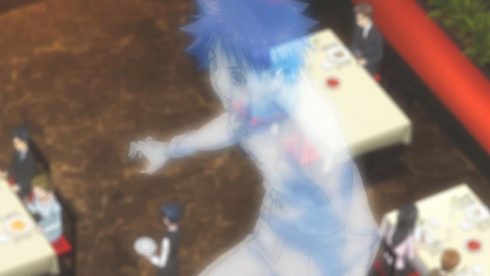 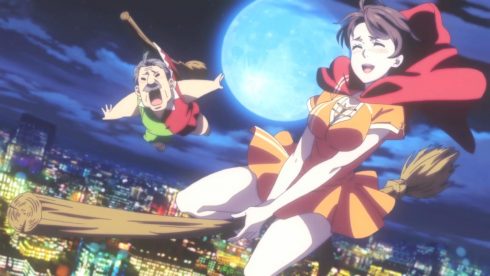 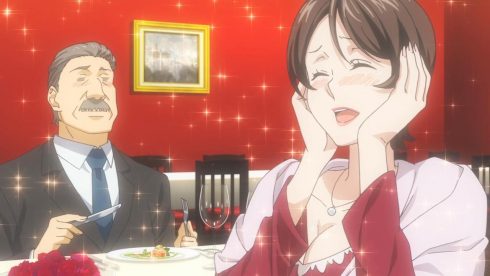 If anything, I think the obsession with wanting to serve each course immediately after the other, and worrying about it as much as everyone in Shino’s did, is a very Japanese trait. Its a good one too, because if you’ve ever been to a packed restaurant, even a fancy one, there’s rarely the inclination of that much perfection in the entire experience. The idea of serving the customer, and making sure they want for nothing, is something that I wish I saw in more restaurants, all over the world.

Now.. Beyond all of that, there’s the competition that’s eluded to in the last few moments of the episode. The whole training and learning that Soma did this week is going to culminate into his big entry into the staff menu competition. Its interesting to see how Soma has once again, surprised Shinomiya with his boldness and ambition alongside his hard work. While I’m sure both Soma and the audience knew where he was going, its still powerful to see the impressed and shocked faces from all the staff that had finally come to accept and respect him. 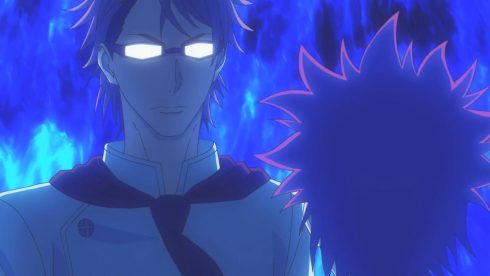 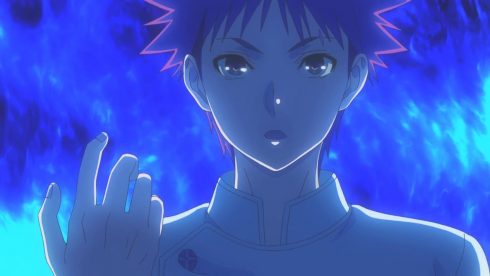 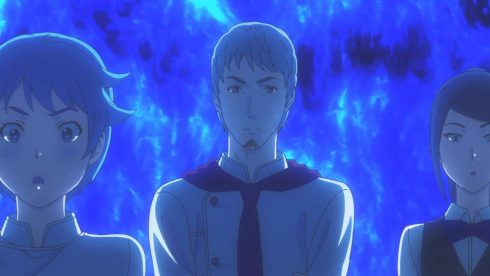 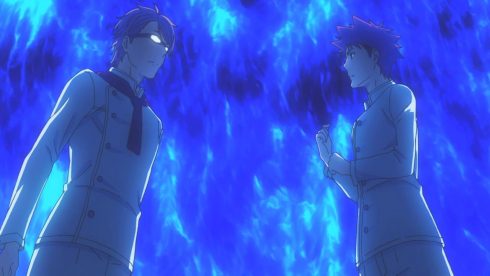 The competition is also going to actually pit Soma against all the staffers that he’s come to know and learn from. It’ll be interesting to see how far Soma goes, and whether he can impress the Senpai that he once lost to, and came to respect. I suppose that’s as much of a high note as is possible for the season and perhaps series itself to end on.

Part of me wishes, yet again, that Shokugeki no Soma did better than it has, and that we had the assurance of third season. Since we don’t, there is a bittersweet feeling going into the finale of this rather shortlived but very beloved return to the world of Shokugeki no Soma. Here’s to having the series finish strong, next week.