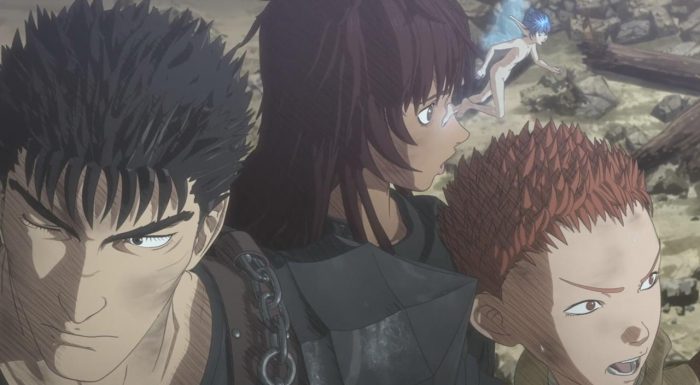 And so the latest season of Berserk in animated form comes to a close. With the announcement at the end of the episode of another season coming next year, this episode feels less like a series finale and more like an arc’s conclusion. There’s a lot more of Berserk in store for us, and thankfully despite the bad production values, Berserk was able to inch out a victory, and make its case for why this franchise is relevant and worthy of attention today. 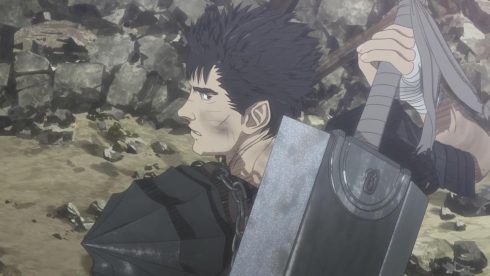 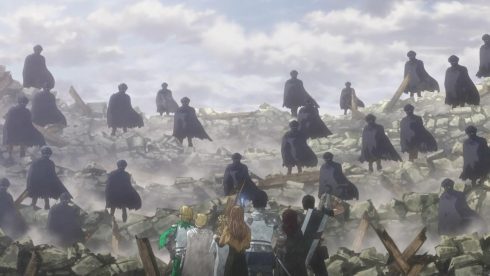 Before we get into this 12 episode run as a whole, its worth noting what we got this episode. There were several key changes that resulted from the events that transpired last week, and throughout this second season. The biggest, of course, was the arrival or return of Griffith to the world of the flesh.

For those of you who’ve seen the movies, the first series or read the manga, Griffith is kind of a really big deal. He’s the one that sacrificed Guts and all his friends in order to achieve ultimate power, and then he also went as far as to rape Casca right in front of Guts, mentally breaking her down and scaring Guts for life. As far as villains go, Griffith definitely fits the bill, although as I’m sure we’ll see from this point, what exactly Griffith is and what role he has to play in everything, remains a little more murky. 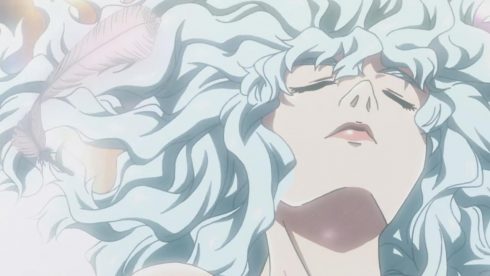 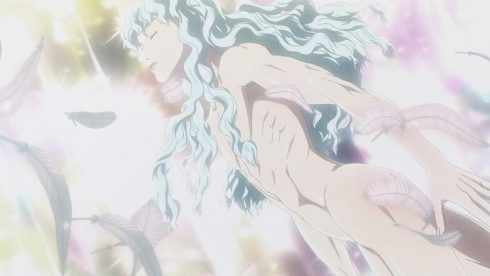 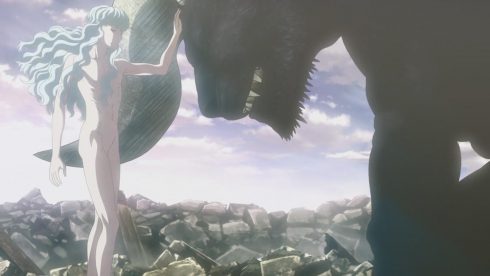 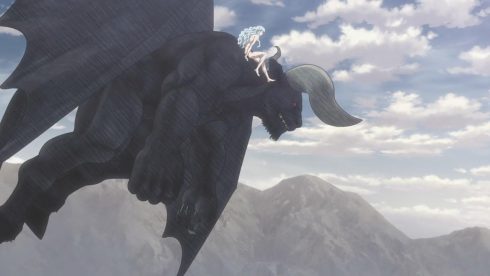 The iconography from his “rebirth” is definitely taking religious ideas from various religions and turning them on their head. The fact that Griffith is the so called “savior” that’s been reborn and has emerged from such a terrible tragic ritual, is definitely pointing at the fact that an outward appearance may not necessarily signal anything good.

If nothing else, the way Kentaro Miura plays with religious iconography and distorts and bastardizes, definitely gives it a rather strange sense of horror. The hero in this story is a muscle bound, broken angry man who’s lost everything and is barely hanging on in what feels like a never ending hell. The villain, is this beautiful, bishie of a man, that for all intents and purposes seems like an otherworldly savior. 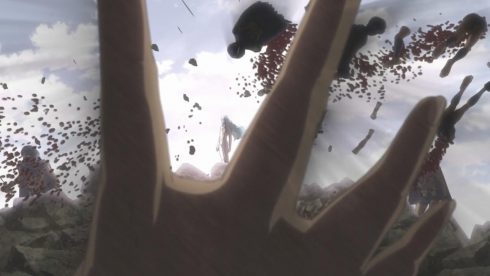 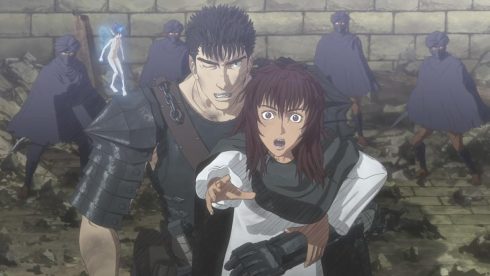 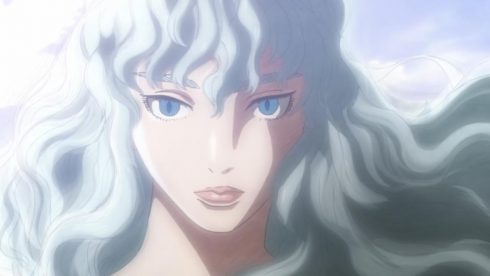 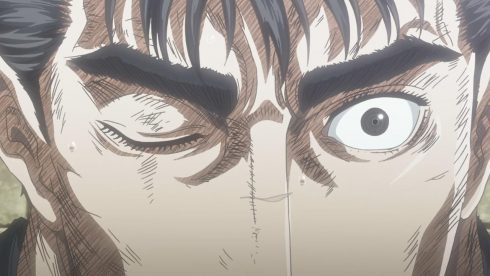 But appearances can be deceiving, and I think that’s the big point that Berserk makes in its first animated season in a decade. This isn’t your traditional fantasy story, its dark, grim and subverts common notions of good and evil, culminating in something rather unique. Even a lot of the characters in this show, aren’t the most likable, and still seem to be moving towards some kind of better tomorrow.

There’s Nina, who, I confess, even in the source manga, I didn’t much care for. Her whole eventual escape with the coward that she loves, is bizzare, weird and just feels wrong. I mean, I do agree that those two are perfect for one another, but still, of all the people to get a Happy ending, its quite sad that Nina actually gets one. But again, the world of Berserk isn’t exactly fair, and that’s echoed even in a moment that would potentially feel good. 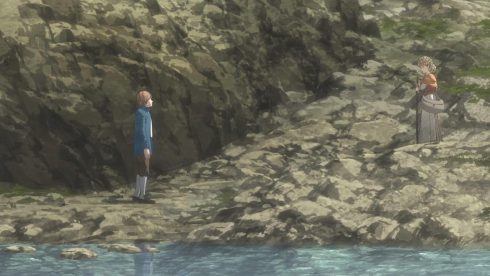 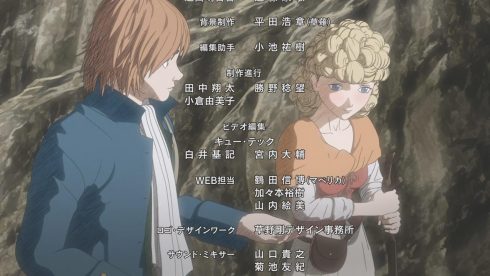 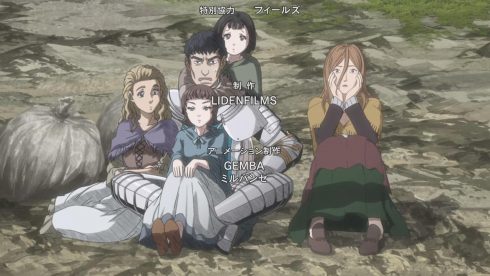 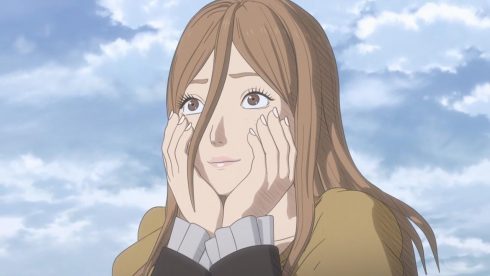 Thankfully, we also had Luca, Jerome and the rest survive. You can assume that Jerome is going to have a good life with Luca, and the other two girls will probably find some semblance of peace. Farnese, on the other hand, has taken the first step towards finally coming to terms with reality. Her fascination with Guts is understandable, and I think its interesting to see her basically chase after the man that she’s disdained and hated for so long. But here’s the thing, even after all that she did, Guts did save her and help through every painful situation, multiple times.

In the end, Farnese is another flawed individual, trying to make sense of the twisted world that she’s in, and moving forward. That’s a good place to leave her character arc, I’d say, with Serpico following after her as dutifully as he has before. Ishidoro, on the other hand, is also heading away on his own path, likely to run into Guts again sooner or later. 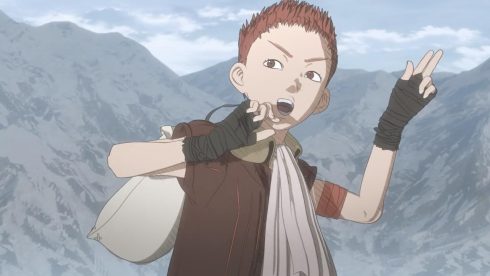 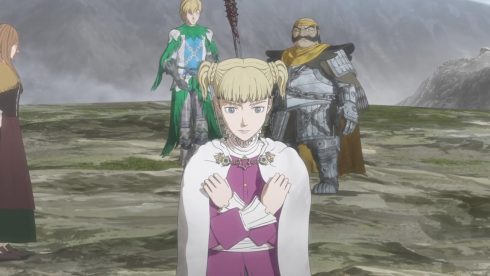 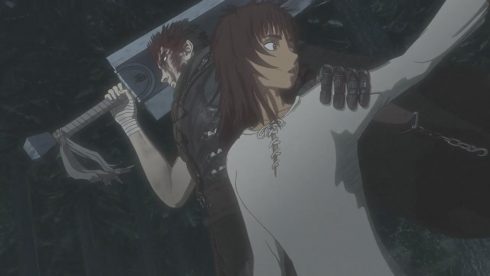 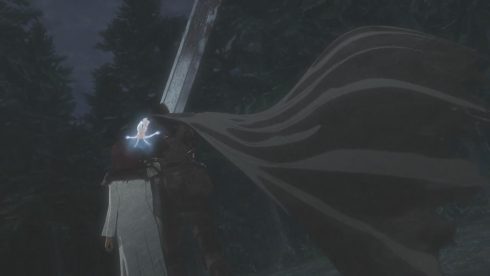 Which leaves us with the title duo of Guts and Casca. The two have managed to survive the horrors of Griffith’s whole rebirth, and it’s worth seeing where they go from here. I can’t really speak much more to the story, without actively spoiling stuff, but the preview at the end, gave me chills. One of my favorite parts of the manga is going to come to life next year, and I can’t wait.

Speaking of which, next season. I think I’ve outlined how I felt about Berserk for the last 3 months, so I won’t retread too much here. Berserk’s source material, combined with stellar art direction and good pacing basically carried this series for its entire run. The problem, as always, was the animation, and I hope that the success of this series will give the second attempt a lot more money, time and flexibility to work with. 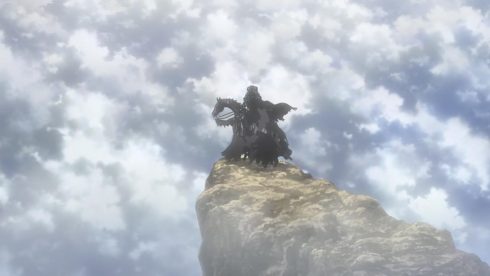 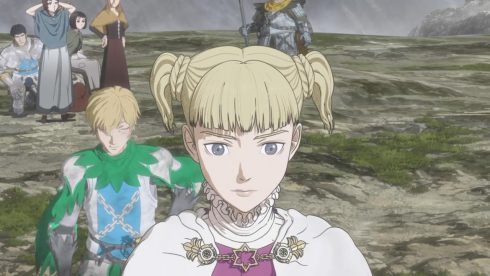 Berserk is a good story, and its worth seeing it animated and bringing attention back to the source material. I fell off a little after what I think will be the third arc that gets animated, if we ever get that far. Refreshingly, the response to the Berserk anime, despite its lackluster animation, was positive.

As to whether this series deserved the success that it managed to garner? Well, I’d say that its complicated, but well, yes… It did deserve it. There’s a special talent involved in making this series so enjoyable despite its animation woes. This was a fun story, and one that actually improved as the series went on. It became downright riveting in the last few weeks, and ended nicely, with a promise of more to come. 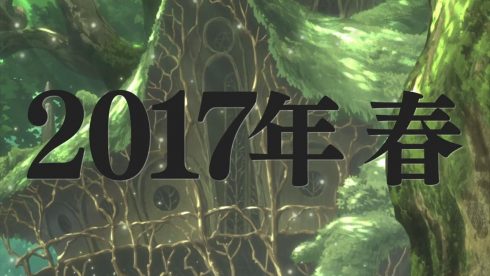 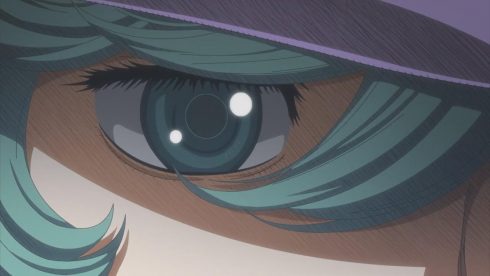 I definitely want to see more of Berserk animated, and I’ll be looking forward to next year. I may very well also grab a copy of the manga, and re-read it, supporting the reason for why this series was made. The only wish that I believe myself and the other fans of this franchise have, is that the budget for the next series is better. I’m hopeful that it will be, if only because the story itself only expands in scope, ambition and pure scale. 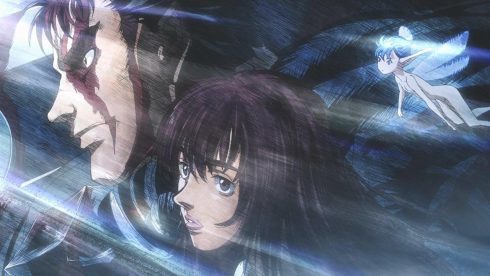 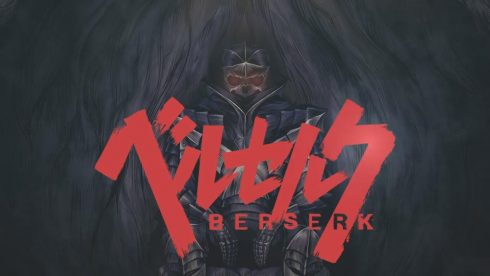 In the end, what I’ll say about Berserk’s 2016 anime series is that I hope that its a rough but decent start towards something special. I hope that those of us that stuck through this series, watched it and supported it, will be rewarded next time with a better adaptation. And even if we don’t, I suppose I’d be okay with just getting more of what we got.

And that, I’d say, is Berserk 2016’s biggest accomplishment: It managed to garner a fanbase and a following, and powered through its flaws by really leveraging its strengths. I suppose we’ll see what this turns out towards, in the spring of next year.