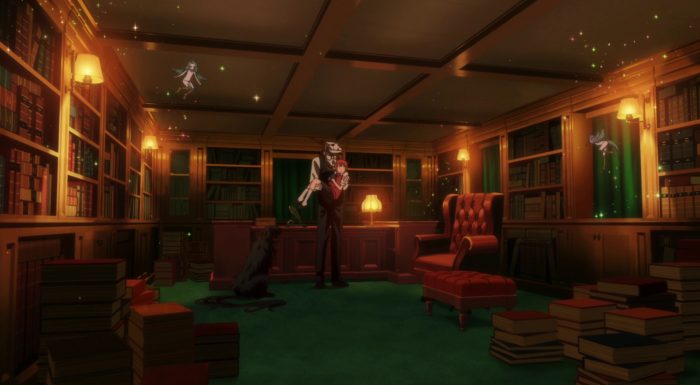 When the first announcement and Preview Video Clip came out for the OVA series of Mahoutsukai no Yome (or “The Ancient Magus Bride” in English) I was positively ecstatic. Most everything about the preview showed top quality on most every level, and I had been a long standing fan of the source manga itself. I am hoping that this OVA series is a sort of Prologue to a full anime treatment, of course, and am further hopeful that if it does get an anime treatment it will be of the same quality as was shown in the first episode. (And incidentally, for those who did not know – there has been a PV released already with content from the second OVA.) 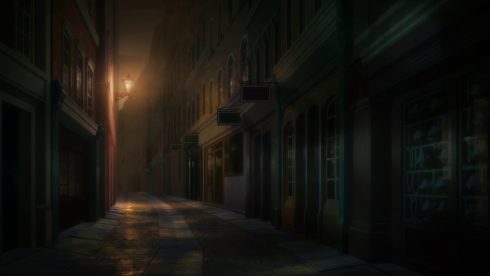 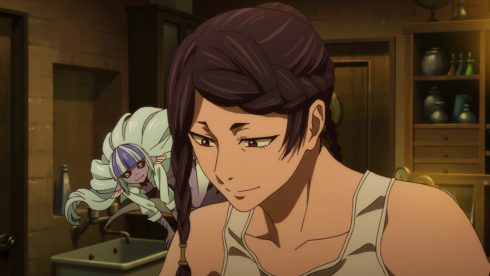 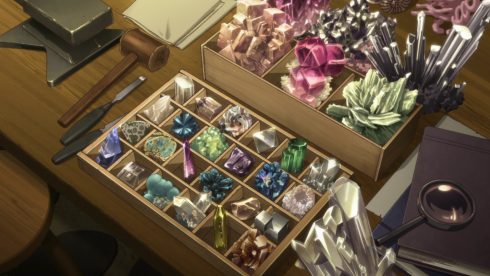 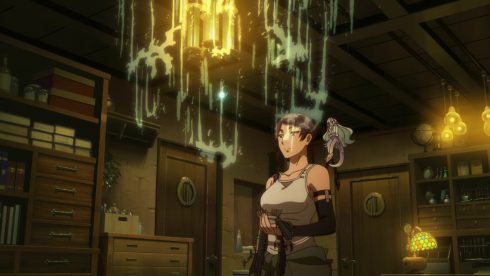 As is the case in the current streaming scene outside of Japan (in America in particular) we are able to access a fair number of anime series each season, yes, but often movies and OVAs (or ONAs) get overlooked, which is a pity since these “one shots” often are able to do things not as easily available in 1-4 cour series. Thankfully this OVA was picked up (out of the blue!) by Crunchyroll a day or so ago and made available to a huge number of countries. Hopefully this will be a more common trend in the future, especially with the recently announced partnership (I hope it will last!) between Crunchyroll and Funimation. 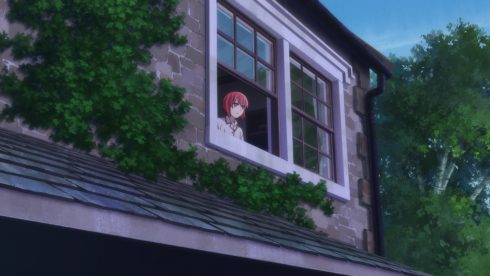 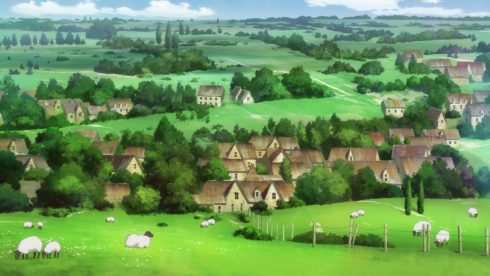 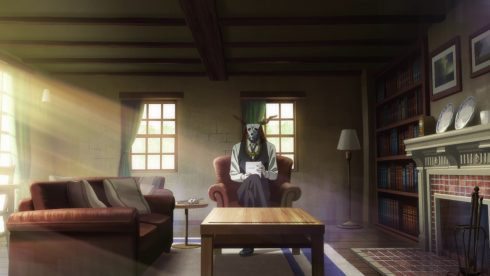 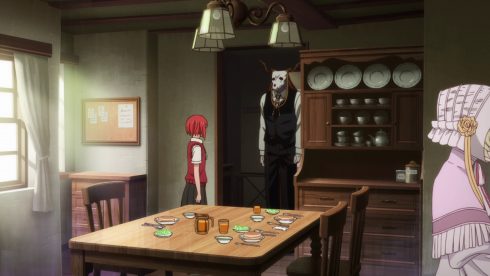 As for the first OVA itself … first and foremost, after I finished watching the first episode I was thoroughly pleased. It was downright FANTASTIC. Everything about it was just … great! One thing came across clearly to me, though, and that is that the material in PV1 was excerpted at the least from more than just the first OVA episode. Also, it looks like a large part of the three OVAs will be in the form of Chise (the red haired girl, who is the MC) telling a story to Elias (the tall gentleman with the animal skull and horns) for much of the time. The first 60% or so of this episode totally throws you into the story with almost no explanation or introduction to what is going on here (although manga readers would be thoroughly in the know, of course) and then the material focusing on Chise’s time before she went to live with Elias and company took place. 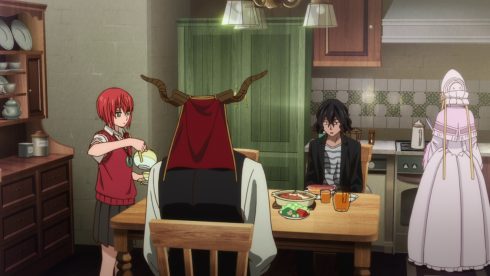 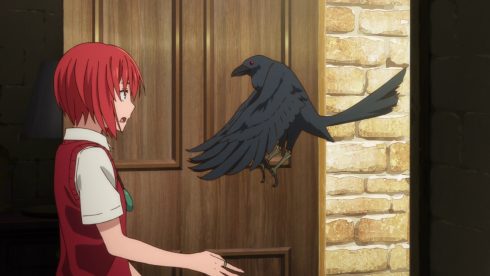 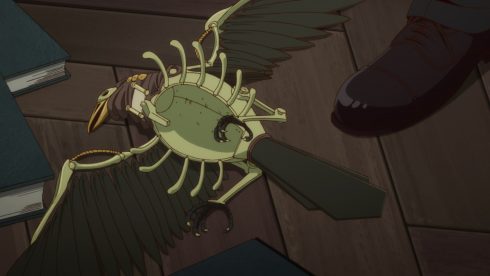 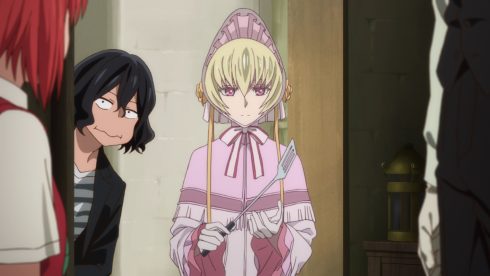 One thing definitely comes across by the end of the episode, though, and that is that Chise’s existence up until then had absolutely NOT been a bed of roses by any means. Incidentally, while this is touched upon here and there in the source manga this part of Chise’s life is never “unpacked” like it is here and will be in the future OVA episodes. In that sense what is being shown here is new material for the manga readers as well. Perhaps a vague similarity might be the seen in the main character of the series Kotoura-chan (though that is a very different series as a whole) or in a much closer sense that of Natsume, the lead character of the Natsume Book of Friends franchise (which will be getting a fifth season in the upcoming Fall, by the way). 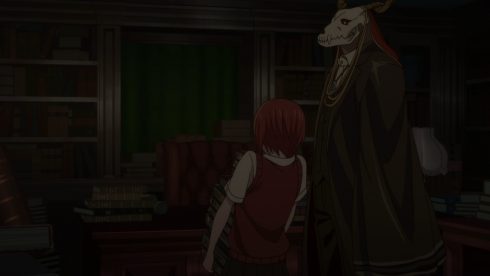 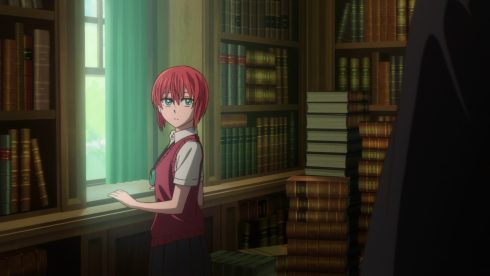 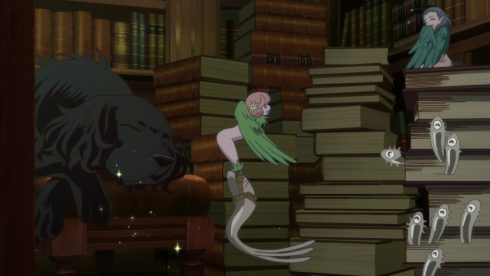 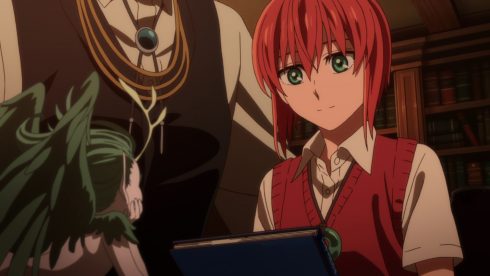 The manga itself is extremely multifaceted, and the same elegance and multifaceted external beauty seen in the visuals is also present in Chise’s story and growth as well as the world building, which is incredible. But it must be said to be very “broad” – there are lots of joys and sorrows and a plethora of human experiences. Most importantly, one of the main reasons it is so broad and strong is precisely because of Chise’s experiences as a child. In many ways she could be seen as a child who encountered a lot of suffering and emotional (perhaps even physical) abuse and who became stunted in soul as a result, while the manga is a recounting of her slowly beginning to develop as a person inch by inch. Since her case is so unique, though, it involves stepping into both the human world and the world of fairies, magic and myth at the same time. Both are filled with beauty and fraught with dangers to be sure…. 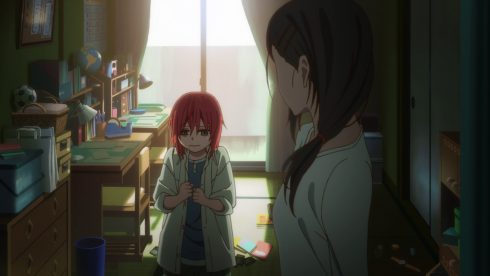 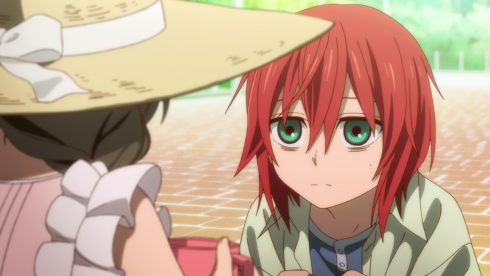 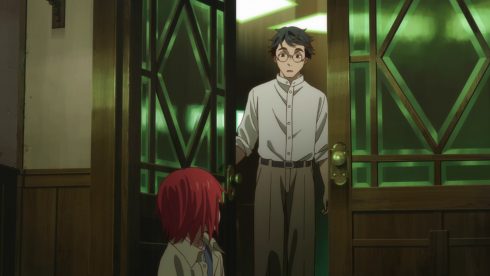 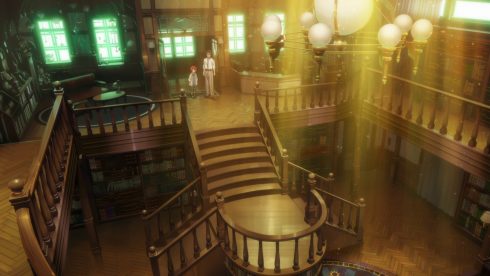 The animation and quality shown here by Wit Studio (essentially I.G. Productions) is without a doubt another example of them at their finest – it is incredibly refreshing and uplifting to see another of their works that is not only of top quality but even bears that studio’s stamp of “elegance”. It is indeed refreshing, but it is also a bit frustrating to almost be “teased” like this – still, one must be grateful for what one gets at any time, right? And I can absolutely say that I am very grateful for this OVA prequel, even if nothing else is able to be produced. Adaptations of this kind of immersive and magical quality are the cream of the crop and help make the anime medium thoroughly “worth it” on the whole for me! (Ah yes – thanks to Guardian Enzo over at lost in anime dot com for the screenshots.) I will be reviewing the second and third OVAs of this prequel if all goes as planned! ^^