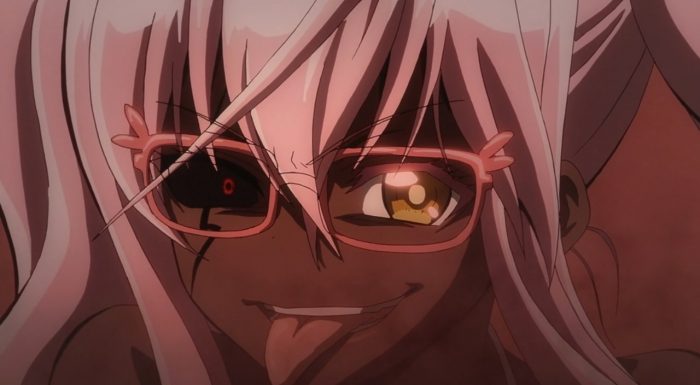 Well things definitely got more dangerous than I had expected them to. It feels like this kind of episode should have massive consequences (though I’m not sure if that will actually happen). I mean a massive hole in Magano opened up, people got sick, and monsters marched through town. All those things are pretty shocking for the general public. This should set off a country wide panic. Even though most people were down from being sick or running away, there has to be a few idiots who were walking around recording all this on phones. If the onmyouji were trying to deal with threats without being too obvious about it…this should remove that possibility. I know even before you had people kidnapped and were saved, but this is a city wide catastrophe. That should be pretty hard to ignore. 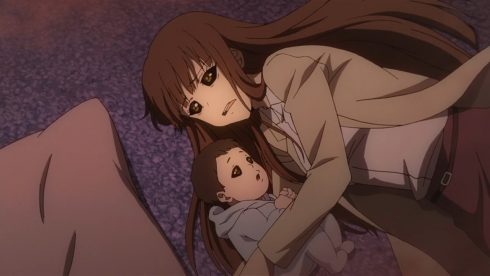 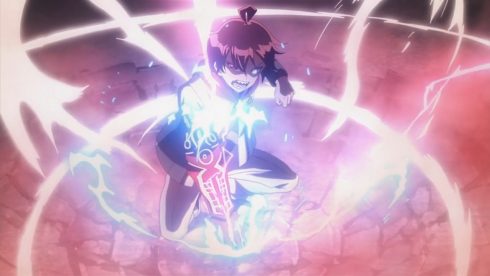 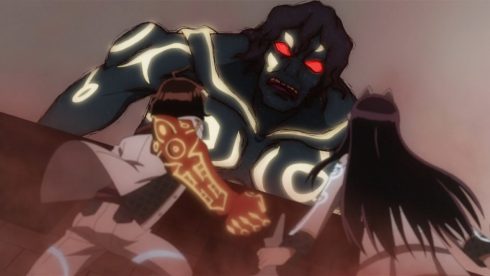 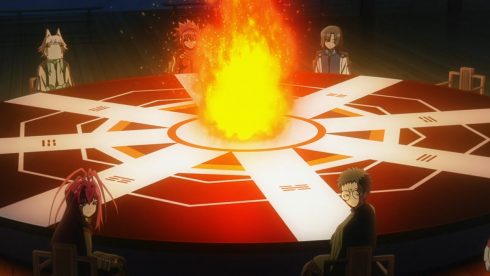 Ignoring the potential social downfall from this episode, the stakes in this were pretty high. I mean the OP wasn’t making some symbolic point…it literally had giant kegare walking around the city! This was a thing that actually happened. Honestly, I can’t imagine how many people were killed in this episode. Just those things walking around was bound to crush dozens or hundreds of people who had collapsed in the streets. Very few of those people were in a position to get up and run. And then you have the smaller ones that were definitely hunting for people and that Basara walking around.

This was an absolute disaster. I kind of wonder if the onmyouji organization knows what the heck they are doing. This disaster going on any longer would have cost them an entire city! Why were people sitting at their big desk instead of running around like chickens with their heads cut off? Oh well, the important thing I suppose is that casualties were kept to a minimum. Though I have to say this was a major incident. Who knows how many died or were injured. We know at least a couple people died in this episode, but the real number is probably something higher than a few dozen dead. 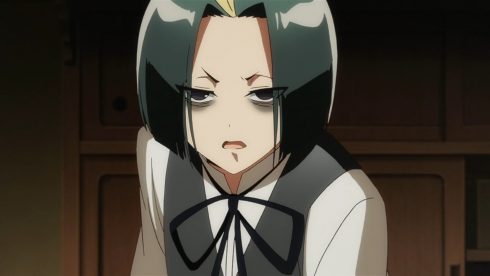 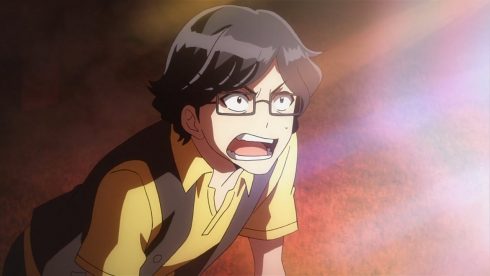 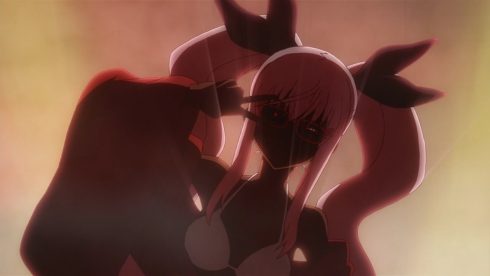 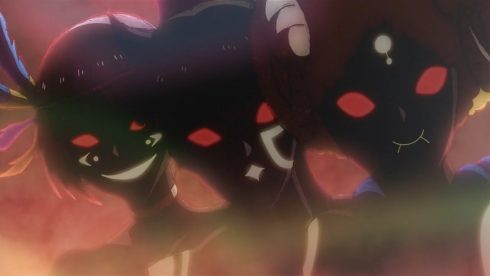 I’m kind of impressed that Seigen is still doing what he can and going out there. They played it up like he’d never be able to fight again, but he’s still doing ok. Of course he’s clearly not anything like what he was before. Losing his arm and having his abilities severely reduced by what happened. Credit to him though for not sitting around and doing nothing. It was his knowledge that allowed them to take care of this situation. Kind of impressive also that he could face that Basara despite the fact that he’d have no ability to protect himself if it turned into a fight.

Speaking of Basara….that girl is a bit odd. I mean this is a monster that turned into a human-like form so maybe that’s a given. Can’t exactly say Suzu is any less dangerous than Kamui, though she didn’t immediately turn this into a fight. Kind of a lucky break since trying to fight off a Basara would have eaten up spell power and possibly not left enough to actually seal the Dragon Spot. Tough luck for the jerk who left his lover to die. I suppose when killing people off…it’s good to make one of them complete scum. 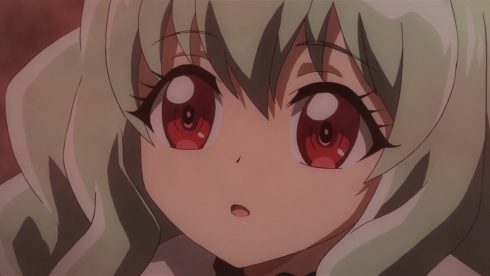 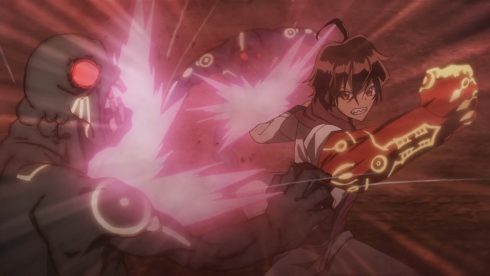 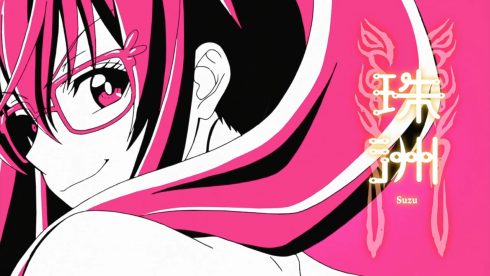 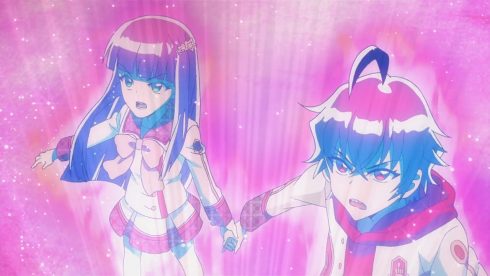 There wasn’t a big solution given to Sae’s existence yet. I think it was fair for Seigen to take her there to see if there was a connection. She just didn’t give anything that could be construed as one. While Sae did catch the eye of Suzu, that doesn’t necessarily mean much. Both Rokuro and Benio had her attention as well. Although there is good reasons for that. The obvious one being that they both have had body parts replaced by kegare and the other being that they are the Twin Stars. Still, the fact that Sae got her attention to that degree makes it clear she isn’t some regular kid. Not that we didn’t know that before, but additional confirmation is fine.

Not sure what to say about the heavy metal theme for Suzu and her…group. Kind of an odd thing having a rocker Basara with a kegare backup group, but such is. I’m sure it will be a bit odd when they end up having to fight her (which is bound to happen). No idea if she is an anime original Basara or just someone being introduced a bit earlier. I’m fine with not knowing since that might imply what will happen with her through this arc. 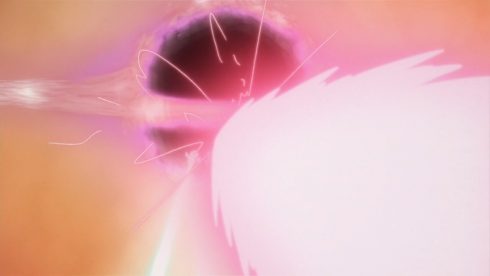 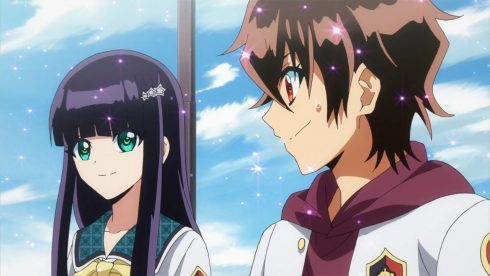 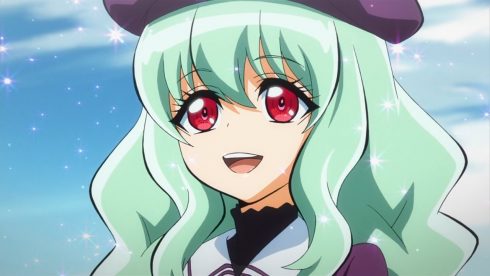 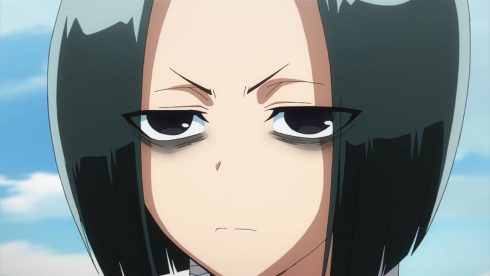 A big job ahead for Benio and Rokuro. They have to shut down all the Dragon Spots as they pop up. Something that isn’t exactly easy since they don’t have the ability to teleport nor a helicopter on standby. It doesn’t seem like their organization is much involved in this and it will be up to them to take the situation into their own hands. I know that there is someone behind this that Arima is focused on, but there is no point in taking down the mastermind if you allow half the country to be murdered. Their job should involve some level of concern for the public.

I’m curious to see how the next episode unfolds. It seems like we’ll have the cast bouncing around between Dragon Spots and just trying to stay ahead of this crisis with the smallest amount of casualties they can manage. I’d be curious to see if they focus at all on the loss of life and how that would impact Rokuro and Benio.