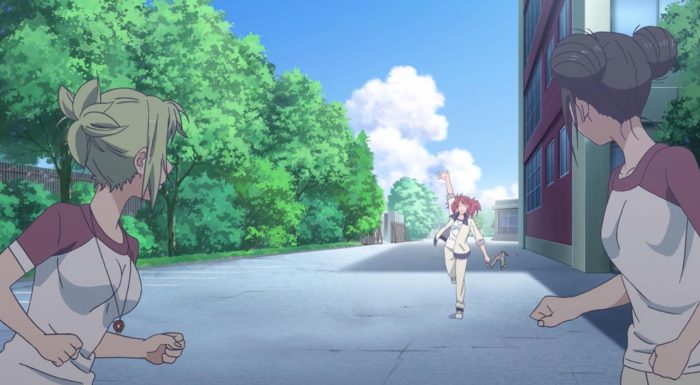 Gotta admit that once again I am seriously impressed with Sato Junichi’s ability to skilfully and deftly handle the source manga material of Kozue Amano. This episode combined two completely different chapter (15 and 32), but, as the previous episode, did so in such a way as to give us a little more of a glimpse into the personalities of the characters. Last week we got a glance into Pikari through the eyes of Katori-sensei and then we were given a look at Katori-sensei herself. This week, though, we get a glimpse of the twins, unexpectedly through the eyes of each other, and a glimpse at Futaba through the eyes of … Pikari. 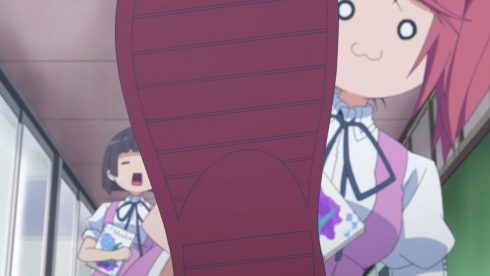 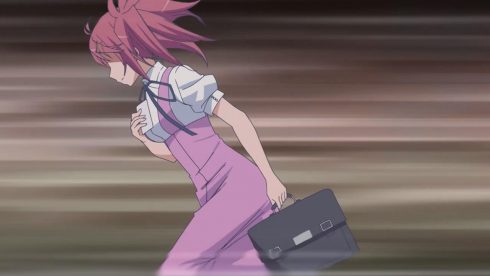 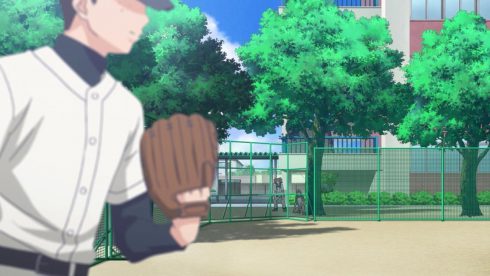 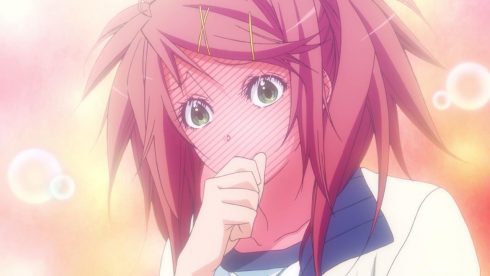 The first half of the episode (from chapter 15) is dedicated to the twins, but primarily from the point of view of Makoto looking at Ai. Ai definitely gives off a rather … difficult and mercurial personality at first glance – impatient and hot headed, yes, but also someone perhaps a bit more prone to speaking through her actions rather than her words, but someone who is equally quick to forgive as she is to lose her temper. In the first half of the episode she gets blindsided by suddenly discovering what she assumes (correctly, it turns out) to be a love letter placed in her shoe locker.

Interestingly we see Makoto being very surprised by her actions and responses to the letter – he sees how she responds to a situation completely different than what he is used to. For example, at the very idea of someone having a crush on her she appears to have no “folder” to place such information in, and is at a loss – as if such a reality were nowhere on her radar up to this point, despite her being quite attractive physically (likely not everyone would be put off by her “unrefined” and “straight from the shoulder” manner – she is sort of the opposite of Futaba in this regard). 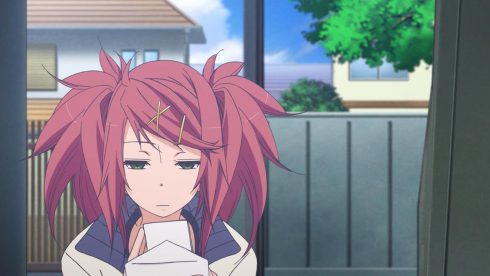 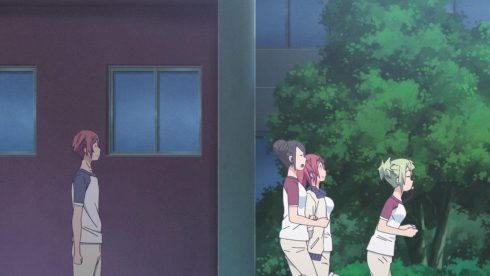 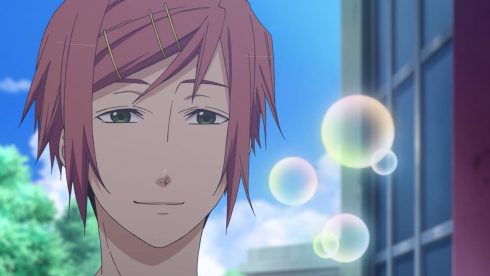 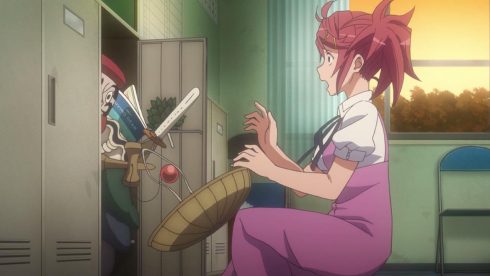 But what especially surprises him (and perhaps the viewer) is how she is very easily and even deeply moved by those she sees giving their all to something. When she sees such things it is almost like a “free pass” that usurps all other “everyday” considerations and reactions, yes, but it also points to something a bit deeper, and that is that at root despite her rough external qualities Ai is actually rather … idealistic and even skirts around the edge of innocence in a similar way that Pikari does but from a different point on the circle than the latter enters it.

And since we are the point of Pikari, while it becomes very clear from the first half of the episode that the twins do indeed care for each other (although they are both a little odd), it becomes even clearer from the second half that Pikari cares quite a bit for Futaba. In other words, Pikari is not just some self-centered, carefree, air-headed pixie randomly flitting about her and there, but, as shown in earlier episodes that there was a “rhyme to her reason” for using her whistle so often, in a similar way we see in this episode that she watches Futaba very closely, genuinely wishing her well, and even strives to understand more of what makes her “tick”. 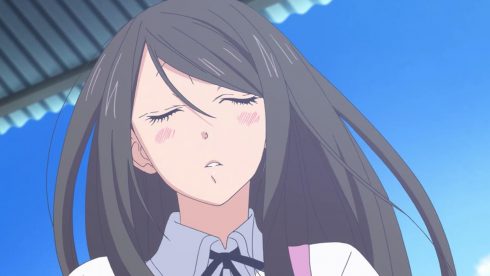 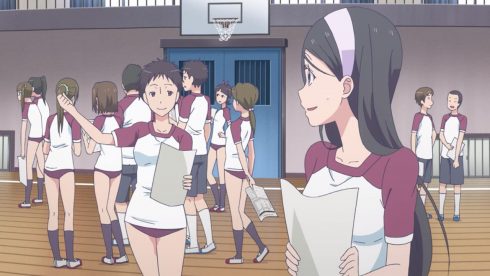 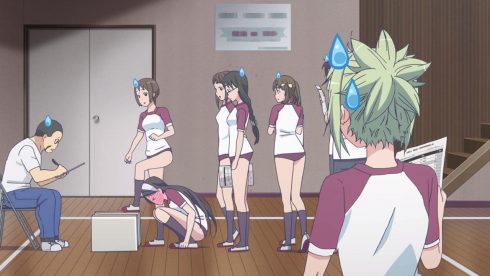 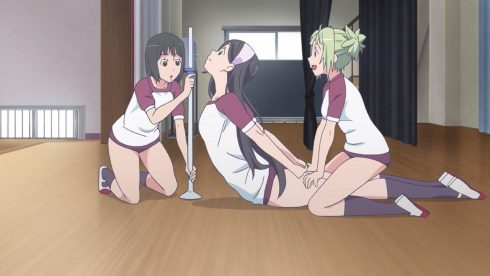 The chapter for the second half is much further in the manga proper (chapter 32), and originally the context for the chapter proper takes place AFTER summer vacation and at the beginning of the new term (and of course after all the events that took place during the summer). In the anime we still have not begun summer vacation proper! But even so the material is cut and pasted here to complete an overview of insights into all the characters and in my opinion works quite nicely.

What we are shown on the one hand is that Futaba is in some ways her own worst enemy (we had hints of this already, of course), and when she is not undermining herself she is actually a rather … exceptional human being in many ways. Naturally talented physically, intellectually and also gifted with many external graces and beauty that seem almost unfair to be in so large a quantity in one vessel. But all this is “balanced out” (by Nature, Fate, Providence or whichever word one might opt for) by her extremely timid personality. Fortunately for Futaba Pikari sees this very clearly, and also wants to walk next to her side and encourage her to step out of her old patterns, and the second half of the episode is a compilation of Pikari’s musings on Futaba’s habits and personality quirks. 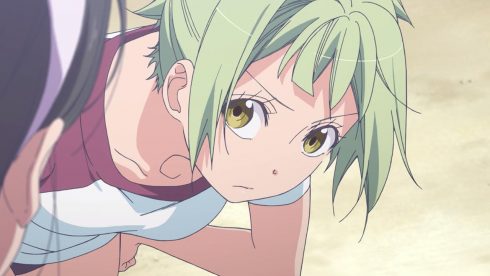 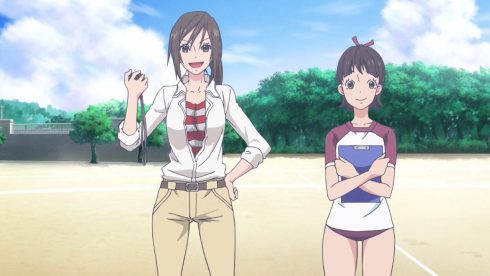 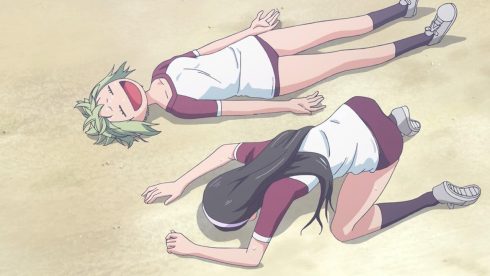 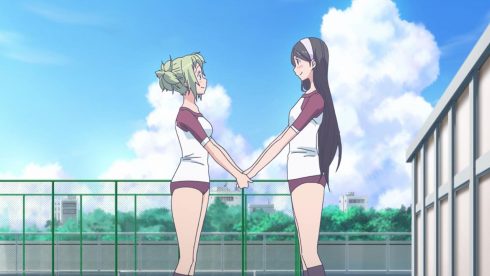 In fact we get a surprisingly insightful insight from Pikari into one of the reasons Futaba might be so prone to give up on things so easily … simply because her competitiveness is more intense than many other people, and so to spare herself the potential disappointment of “losing” she just gives up as quickly as possible to protect herself. Pikari sees this, yes, and after discovering a way to “work around” (and doing extremely well in a 1000 meter run) this habit she even informs Futaba of the fact. It is no wonder that it is easy for Futaba to return the trust and love Pikari showers on her so easily!

It seems that next week we will step away from the character insights and focus and touch more deeply on Futaba herself … if so this is one of the chapters I have been quite curious to see adapted, so I am greatly looking forward to it. Special thanks to Passerby from random c dot net for the screenshots, by the way – I was down with a summer cold yesterday and was able to compile this post all the quicker with his efforts. See you all next week! 🙂