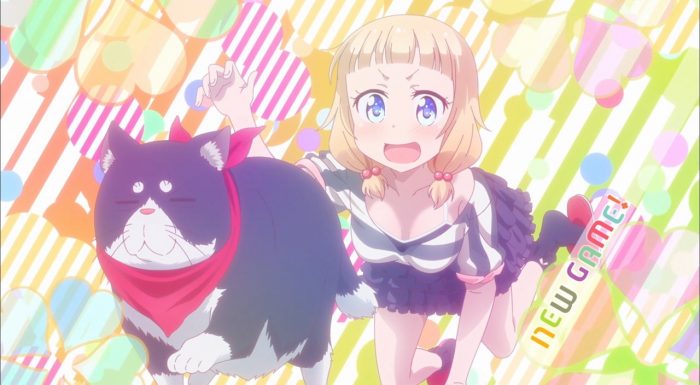 So, did anyone not guess that Nene would be showing up as a part-time debug/playtester this time around? Anyone? This episode was devoted entirely to Nene’s first attempts at becoming part of the working world, which is something of a challenge for this little bundle of energy.

Nene still seems like such a child in some of the ways she acts. Her celebration of “Yay! Tests are over! School’s out for the summer!” seems more suited to an elementary or middle-school student than a college student. Not that college students don’t enjoy their summer break (although I knew some who stayed on campus and took classes over the summer), but generally once a student reaches that level of education they’re there because they’ve chosen to be there. So they don’t (usually) get to that level of “YAY! School’s out, I’m FREE!” sort of reaction. You can see it as the rest of her classmates stare at her, although I love the smiles on some of their faces: these people clearly know Nene, and have come to like her childish side as a cute and fun quirk of hers. It warms my heart to see that. 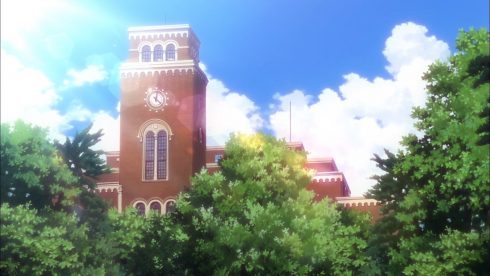 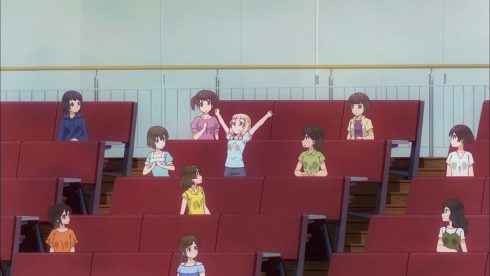 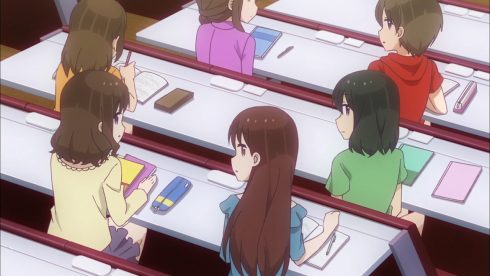 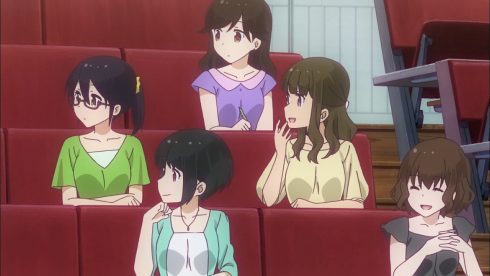 So, Nene chooses to try working part-time for Eagle Jump (and how did she spot that job offer on that crowded billboard from way over there?) since Aoba isn’t going to get any vacation due to crunch time. I would advise her to look into any side-courses her college might offer about preparing yourself for the workplace and how to present yourself to a potential employer, because the first impressions she gave were not very favorable. Showing up late, goofing around trying to peek over the cube walls, acting visibly distracted while being given instructions, wandering away from the desk to look around the office… She’s lucky Umiko is actually a much nicer person than she appears to be, because I’ve known multiple companies who would have concluded on the first day that that temp employee wasn’t working out and would thank them for their time and ask them not to come back the next day. The fact that she’s a friend of a current employee would not have deterred most managers one bit. 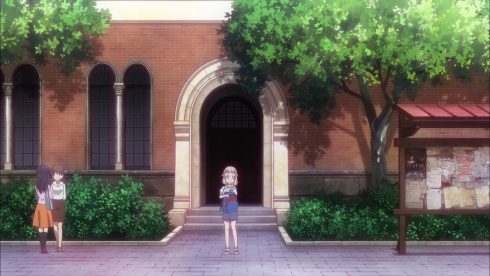 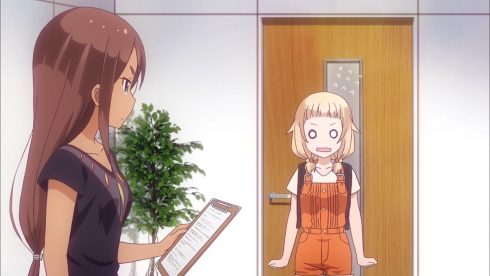 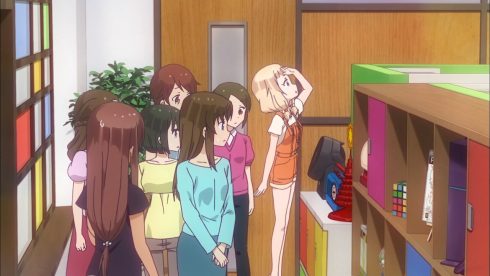 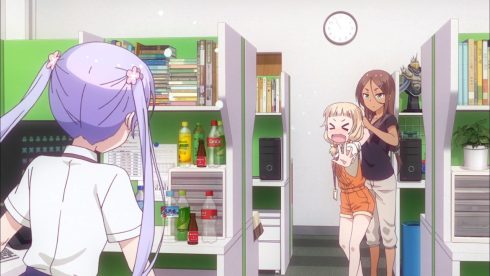 Fortunately for Nene, Eagle Jump is filled with nice people who generally want to get along with each other. Also fortunately, she is actually good at the job they hired her to do: she is able to catch numerous bugs in detail, and her encyclopedic knowledge of the Fairies Story series allows her to spot inconsistencies and suggest detail changes to bring this game more completely into continuity with the previous two. She’s impressively diligent at it, to the point that Umiko recognizes and indirectly praises her ability, even if the monotony gets to her after a while. Which, I hope, should serve as a bit of a warning to people thinking that playtesters have an ideal job. Having heard details from some of them as well, it’s not quite the “These guys are paid to play video games all day! Awesome!” that Nene believed it was at first. You are playing specific parts of a game over and over and over and over and over and over and over (etc.) trying to take every action a player could possibly take in those situations in order to see “ok, does this cause a bug? What if I do it with this item equipped? What about with this item equipped and that character in my party? With this item equipped, that character in my party, while an enemy hits me, the door open behind me, two dead skeletons on the floor in the hallway outside, a chest open three rooms back, an empty potion bottle on the ground, while the mage casts a spell?” I am reliably informed that testing can definitely wear you down, and is not a good idea for a long-term career. 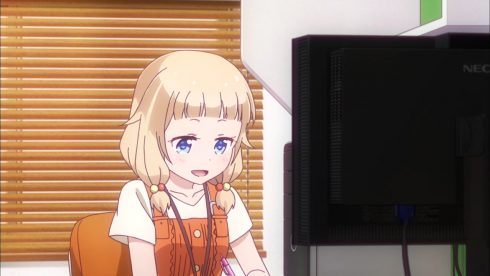 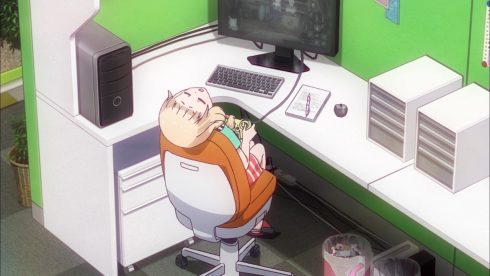 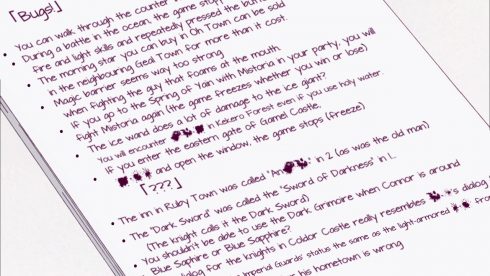 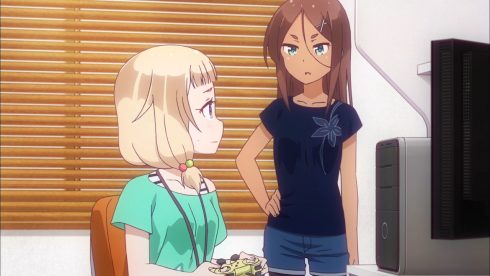 I have to take a moment to praise Nene for finding a way to save Sophia-chan. I’m not fond of games dropping you into scenarios whose objectives you cannot achieve, and I am not fond of stories where innocent characters die just for the sake of drama. The battle against the bandits to save Sophia-chan seems to be both: the player is told to fight to protect her, but the game will not proceed unless she dies, and I cannot see any justification for killing her beyond causing the protagonist some form of drama for having failed to protect her. If it were up to me I would insist that the writing team make a secret route that only opens up for people who are willing to go to the lengths Nene went to to protect her. But that’s just me. 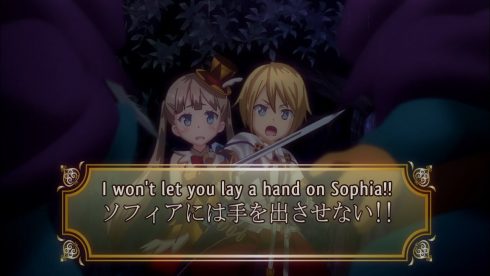 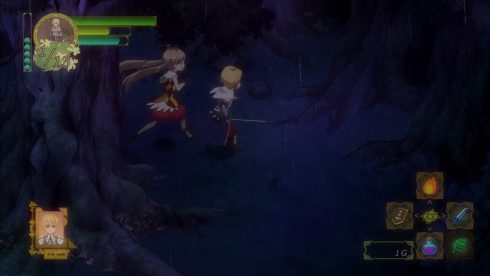 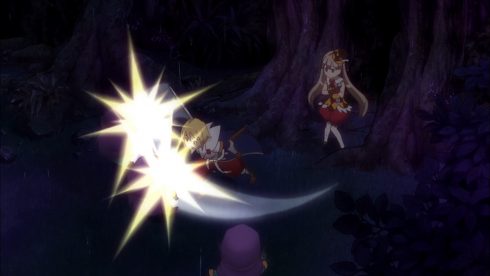 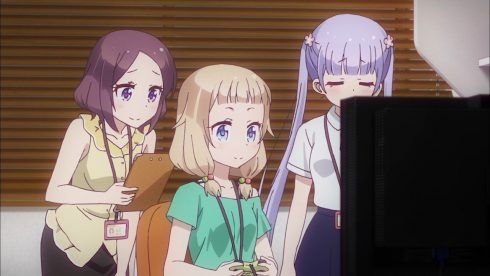 Anyway. The last half of the episode is taken up with Nene’s accidental pudding theft. Doga Kobo did a masterful job expanding this scenario from the manga. What was a short set of comedic misunderstandings with a mild heartwarming ending becomes something more dramatic here through Nene’s growing guilt and fear as she is prevented from apologizing again and again. There is still comedy in something small like this being blown out of proportion through misunderstandings, but you can really feel for the poor girl. She doesn’t know these people or how they’ll really react, and she’s only overheard the small pieces of the conversations that make it all seem much worse than it is. She wants to do the right thing but she’s genuinely terrified that there will be some terrible consequence, not just for herself but for Aoba as well. 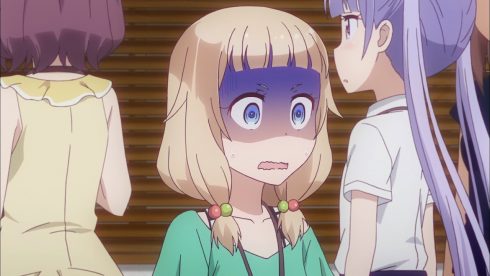 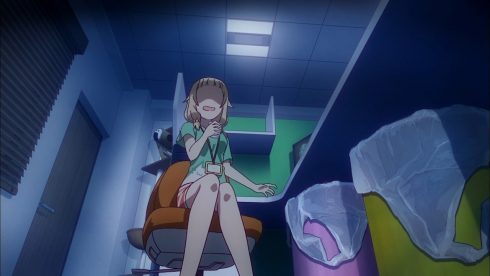 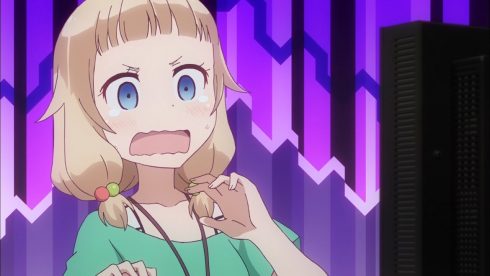 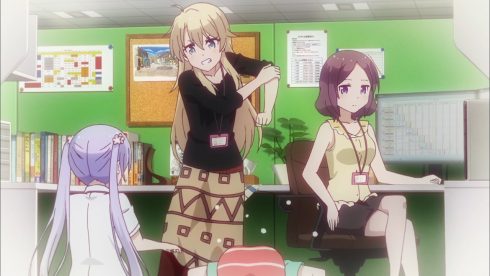 So in the end she tries to deal with it through an anonymous gift of replacement pudding. Seeing a depressed and ashamed Nene feels truly unnatural, so I’m glad Rin is as observant and kind as she is, and is able to reassure her that there are no hard feelings about it. All told, this little story really is pretty impressive. As I said, in the manga this was just played for comedy, but in this episode I could feel Nene’s emotions as the situation went quickly from bad to worse (from her misunderstood perspective), and it was strong enough that I just wanted to give her a hug and explain that everything would be fine. 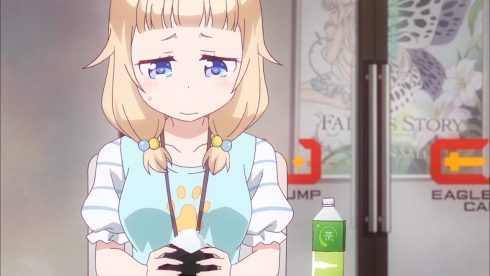 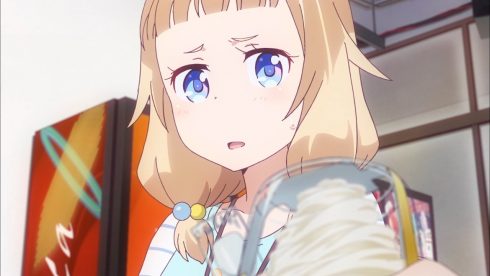 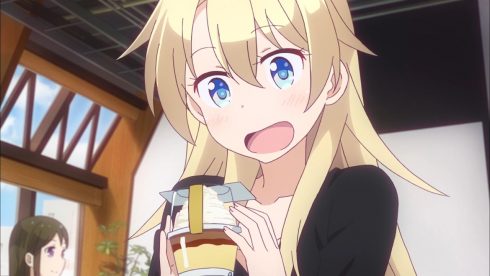 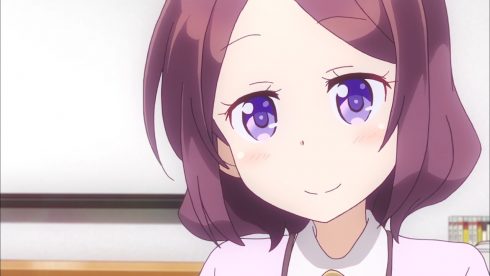 All in all this was a good episode. Nene is a fun character, and she definitely adds a new dynamic to the workplace. Hopefully she’ll be able to make friends with everyone there before she has to go back to school. 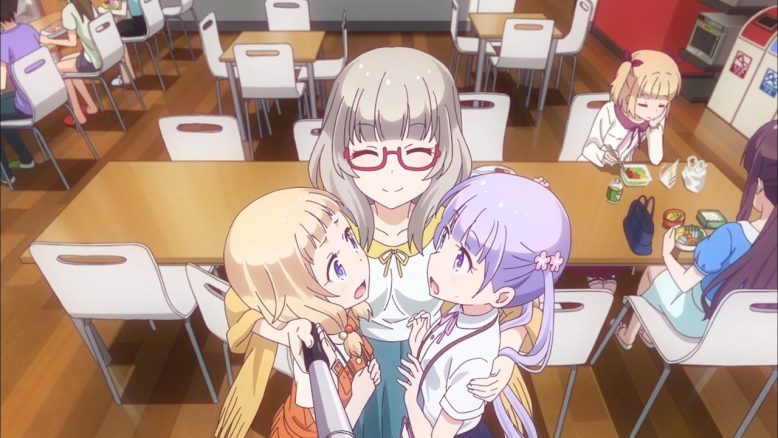 I love how Yun doesn’t even bother to look up. “Hazuki’s sexually harrassing a couple little girls. Whatever. This is some good salad.”