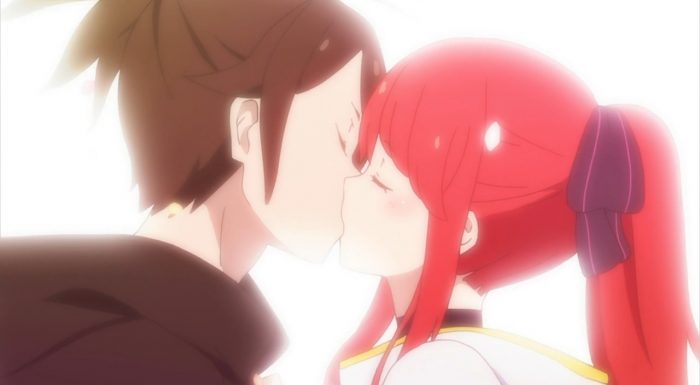 Another extremely strong episode for Re:Zero. A few events that I expected to happen, but a few pleasant surprises as well. Things looked incredibly bleak last week, but everything managed to work out spectacularly well. And I certainly mean that since no one with an actual name got killed in this fight. A bunch of random soldiers and grunts got killed sure, but no major character. Which is fine since there is no doubt that they’ll be facing a much more devious enemy ahead with Betelgeuse. No offense to the White Whale, but it’s almost a minor obstacle in comparison to what is coming. All the help in the world will be needed if they are going to punch through the Witch Cult and avoid the massacre that is on the horizon. At least they should be able to arrive in time to change things. 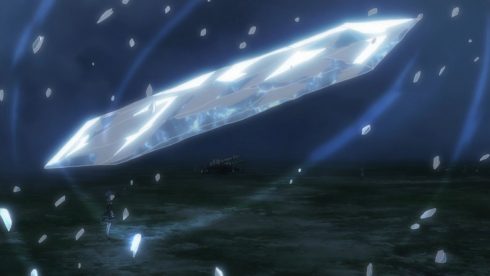 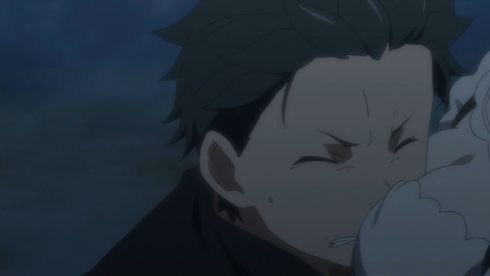 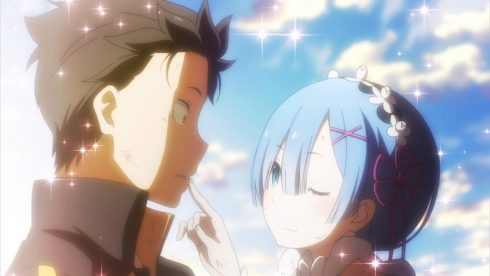 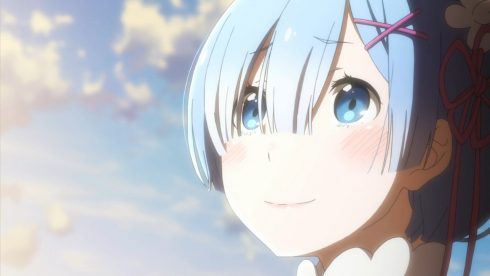 I am somewhat surprised that Rem isn’t going along, though maybe that is for the best. Oni are supposed to heal up pretty quickly so I’m not sure why they can’t take her along. By the time they get there she should be up to fighting form and certainly is more useful than some of the random soldiers they are bringing along. At the same time I’m fine with it. The focus should be switching back over to saving Emilia. No point dragging Rem into that fight after she already did more than enough work in this arc. Let her take a darn vacation. Rem certainly did more than enough against the Witch Cult in the previous loops. At least there is no way she can sacrifice herself for Subaru if she’s literally kept miles away from the action.

Not often that I want a likeable character to step away from the show, but this is a unique situation. And she did put in a lot of work against the White Whale. Just a reminder of how insane Ram would have been if Rem is this darn good at getting the job done. Did some nice work getting Subaru up to the White Whale, attacking the whale when it tried to kill Subaru and then making sure to save Subaru from falling to his death. She was definitely one of the key players in this. Though it is clear why she didn’t stand a chance in the previous loops. That thing is just way too powerful for one person to take down. 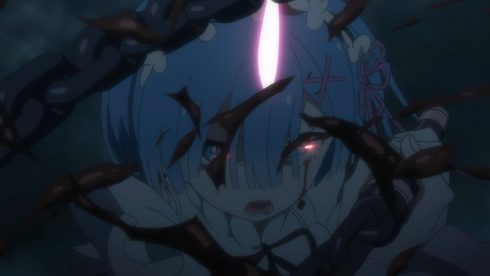 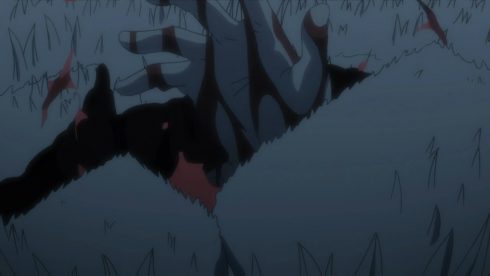 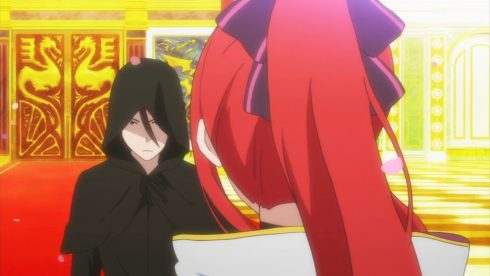 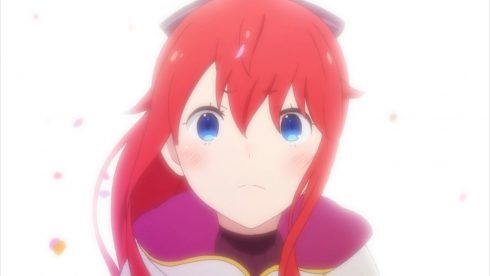 As expected Wilhelm was alive after all. Will choose to pat myself on the back a little XD. Good that the old guy is still alive though he’s walking right into the next battlefield so that may not remain the case for too long. At the very least he’s a huge ally to have going forward. It is impressive that he was able to gather enough strength to fight his way out of that whale. He was a wreck that needed some healing, but his survival is almost entirely thanks to his own efforts. Glad he was able to avenge his wife as well.

The flashbacks did indeed continue, though there wasn’t nearly as much this time around. It mostly did just show Wilhelm becoming strong enough to defeat Theresa in a duel. Once he had a concrete goal and desire he was able to rise even above someone as incredibly gifted as her. Though perhaps it was also thanks to the fact that he was far more motivated to win that fight than she likely was at the time. Just credit to Wilhelm. He stepped up to help take away the need for Theresa to fight when she didn’t really want to. Not likely much anyone could do either about someone so strong that he could defeat her in a fight and who eventually married her. 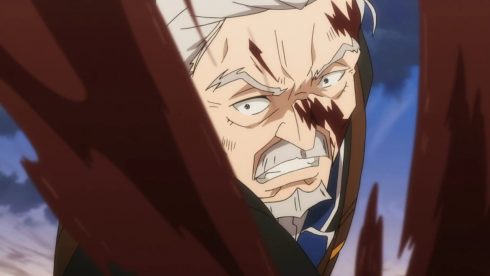 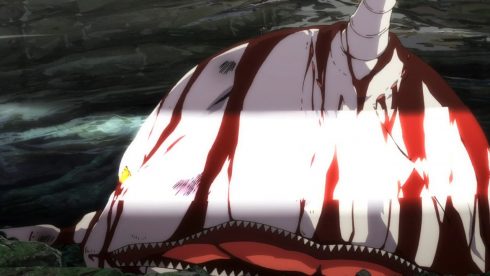 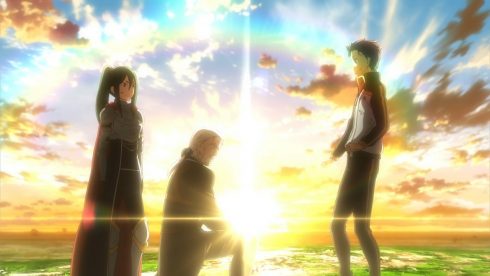 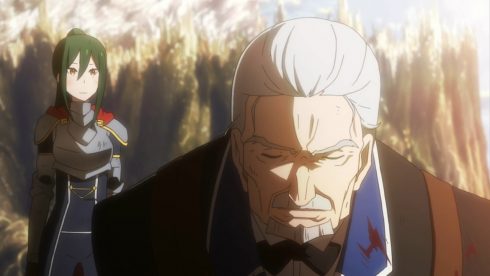 It had to be an incredible weight of guilt and sorrow that Wilhelm carried all that time. His only desire was to use his sword to protect her and in the end she died somewhere out of his reach. The reason he had gotten that strong and the one he wanted to protect was gone. All that he had left was his desire to annihilate that White Whale and avenge her. It was all he could do for her.

Was only fitting that he delivered the last blow. Of course he isn’t the only one who has lost someone because of that whale. On the other hand Wilhelm was one of the few people there who could finish that thing off and had more than enough reason to do so. Thus he was able to finally unleash hell on that monster and accomplish what he had sought for all those years. It doesn’t change what he has lost and it won’t bring her back, but it does mean something. Revenge may not accomplish a lot of things, but it will bring Wilhelm a little peace. He can spend the remainder of the time he has left knowing that he did bring that creature down. 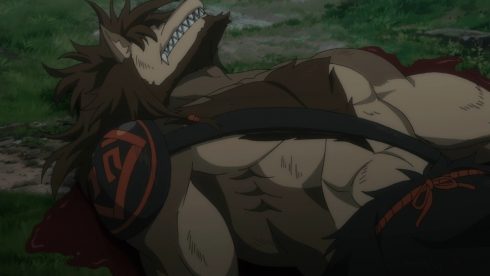 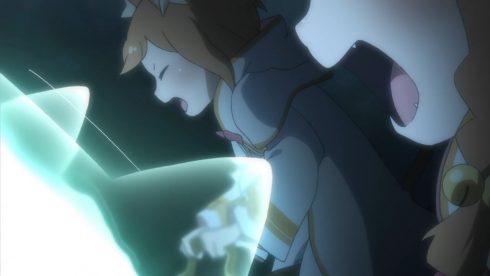 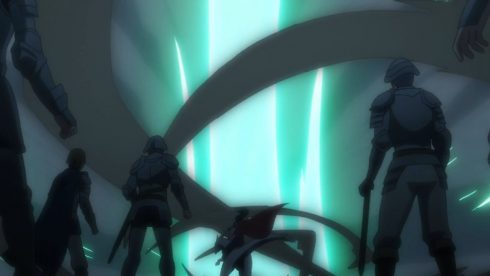 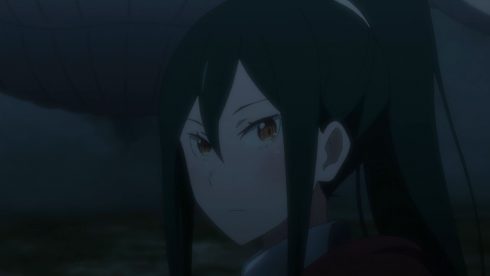 This episode did help Crusch earn back a bit of respect. Though honestly I still think ruling the country wouldn’t suit her. She is better suited to being on the battlefield and leading forces on that front. At least she did lend some troops which I was certainly hoping would be the case. Though the odds weren’t high that Subaru would get any backup. Subaru’s efforts this time around did earn him that level of trust and thus the troops he needed to get the job done. And Subaru is entirely right, the whale was basically a secondary objective. A huge and terrible monster, but Betelgeuse is still terrifying. That man has purpose, power, and madness. Betelgeuse is a mixture of horror that can’t be underestimated. These troops are most definitely needed.

Losing Rem for the fight ahead hurts though. They do make up for it with the amount of people and Wilhelm himself joining the fight. I just hope it will be enough. Those invisible hands are a terrible threat and I hope Subaru takes the time while they are journeying to brief everyone as to what is ahead of them. Getting Wilhelm is huge and they will also have some of the troops from that mercenary corp. I suppose….having that purple-haired jerk will be useful. I mean…he probably won’t be useless out here. You don’t have to be a nice person to be good in a fight. Subaru may not like having him around either, but frankly any help will be good to have. That petty fight doesn’t mean anything in comparison to what is going to happen next. 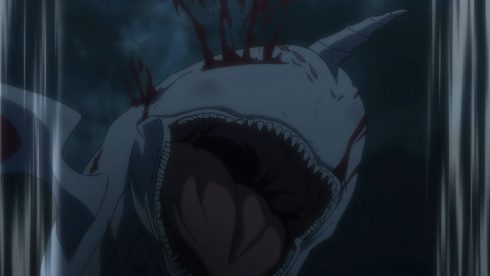 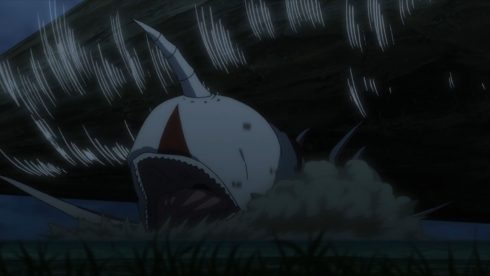 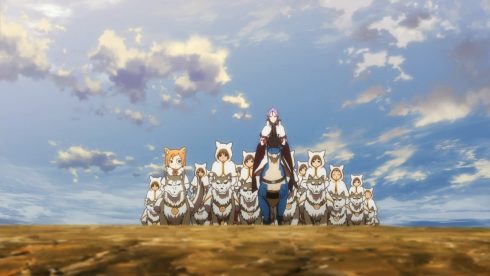 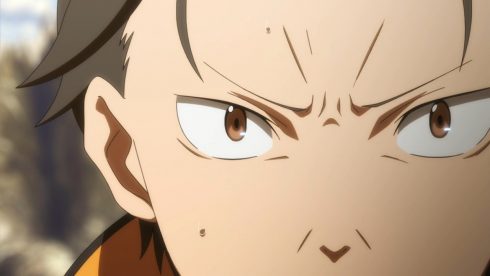 The White Whale being able to split up magically was interesting, though not entirely shocking of an ability. It is lucky that thing splitting itself up actually made each individual whale weaker than the original. If action series have shown anything it is that a split body technique does cut down on your power level XD. The tough thing was simply getting the original in range. Once that happened then they did have enough firepower to bring it down. It cost them a massive tree…but that’s a small price to pay for obliterating that monster.

Now we move on to the climax of this arc. Time to take down that Witch Cult and secure a semi-happy ending for the show. Not that this will be remotely easy. I do appreciate the strength of those they are bringing along and this is a small army. But, we’ve seen what these cultists are capable of. Hopefully they can get Ram and Emilia onboard without much trouble. Emilia may be upset about this, but hopefully Subaru can shut them up and get things moving. The cultists will kill everyone in that area if allowed to execute their plans. This group has to take down Betelgeuse and secure a moment to breathe.