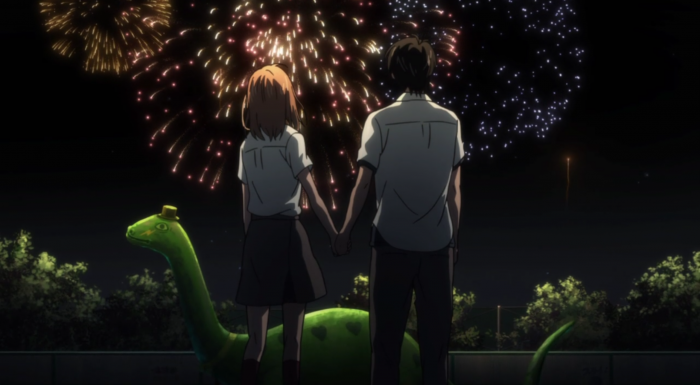 When you say “shojo,” a lot of people’s first thought is probably “romance,” but what drew me to the genre as a kid and what continues to bring me back to it is that it’s as much about the many kinds of relationships that can develop between people as it is about falling in love. orange carries on this tradition, showcasing Naho and Kakeru’s growing love story side-by-side with the positive, easygoing friendships that tie The BFF Sextet together.

In fact, most of this episode is about Naho and Kakeru’s friends not only supporting them, but fighting for them tooth and claw. Two summer festivals mean two date nights, and The Gang is only too happy to encourage some Naho/Kakeru alone time. Whether it’s Suwa and Hagita keeping Ueno from interfering, Azusa and Takako saving Naho from errand duty, or everyone conveniently “running late” to a group outing, they’re the best besties two shy kids could ask for, and the unspoken MVPs of the episode. 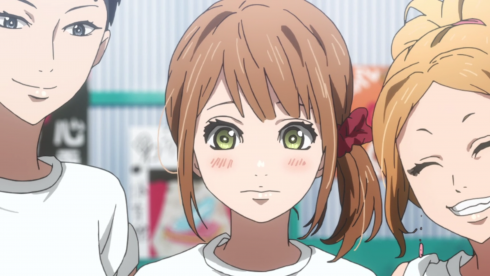 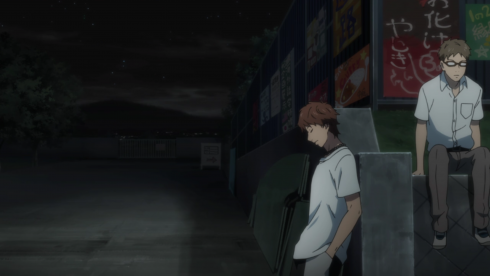 That said, because everyone is trying so hard to get Naho and Kakeru together, our focus lands squarely on our main pair once more. If you want a snapshot of where the two are right now, then their wishes to the gods form a pretty good picture: Naho asks for Kakeru’s happiness, and Kakeru wants his mom to know he’s sorry. She’s focused on him, hope, and the future; he’s focused on his mother, regrets, and the past.

There’s a very literal shadow hanging around Kakeru this week, loading all of his scenes with a raw pain we’ve never quite felt before. He’s fighting more openly with his grief and especially his guilt, reaching out tentatively to both Suwa and Naho in an attempt to put his feelings into words and get the help and support he so badly needs. But as badly as he needs them, he’s also worried he’ll hurt them if he makes the “wrong” choice or that they’ll hate him if they know more about him, to the point where he even asks Suwa for permission to “fall in love” with her and hesitates to answer Naho’s questions about his mom.

It’s common enough in high school to become so aware of your affect on others that you obsess over every potential negative impact; add to this the trauma from losing his mother and feeling like his broken promise (an almost heartbreakingly normal act of teenage thoughtlessness) was what tipped her over the edge, and it’s no wonder Kakeru is so hesitant to take any action at all right now. It’s up to Suwa and especially Naho to take those actions instead, and push him gently forwards. 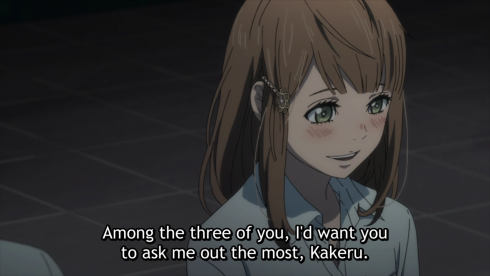 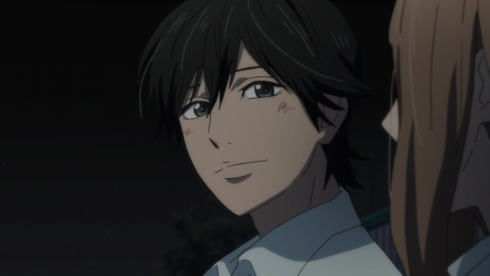 Thankfully, Naho’s up to that challenge now. While she’s still prone to caving under pressure (and almost misses the fireworks as a result), she’s much more assertive and decisive, too. She takes the initiative twice with Kakeru this week, first when she answers his (adorably awkward) hypothetical about “which of us would you want to ask you out?” and then when she pushes him to open up about his mom. And, each time she reaches out, it gives him the courage to reach back.

Kakeru talking about the suicide and why he feels responsible is a bigger moment than Naho realizes, I think, because it’s the first time he’s been able to let some of that bottled-up guilt out. She’s angry at herself because she couldn’t “say or do anything” to help him, but by listening to his “sin” and not hating him for it, she may have helped ease some of his fear and a little of his self-loathing. Naho heard his story and still told him it was okay. It’s not much, but it is something, and they may be able to build off of it going forward. 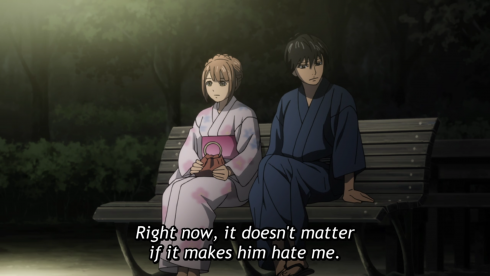 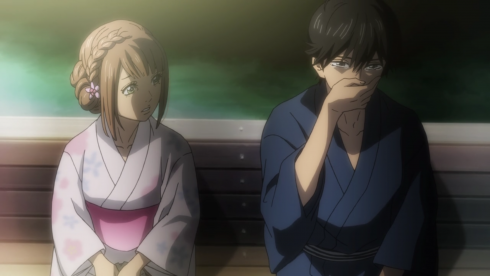 Naho also decides to skip ahead in the letter so she can read up on Kakeru’s “accident,” only to learn something her future self was likely trying to ease her into: It wasn’t an accident at all, but a suicide. Like every moment with Kakeru this week, his letter to his grandma just flat-out hurts because he was clearly trying so hard to keep from hurting others the way his mom’s suicide had hurt him. There was no spite there, only pain. And yet the guilt is still there, inescapable, and from it springs Future Naho’s greatest regret: “We let Kakeru die.”

Kakeru’s confession confirms Future Naho’s suspicions, and our younger Naho is all but crushed beneath the weight of them both. She’d finally managed to focus on the present and take each moment as it came, but realizing she has to “save Kakeru’s heart” rather than just prevent an accident shoots her concerns right back into the future, and the number of possible wrong roads she could take are overwhelming. Naho needs a support network as much as Kakeru does, and so she reaches out her hand again, this time to Suwa–and gets the biggest surprise of the season when she does. 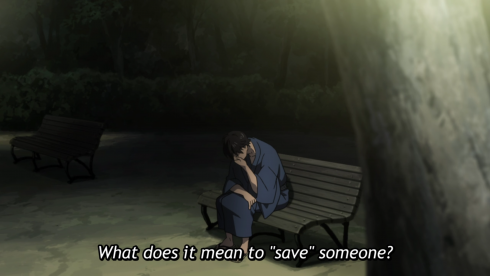 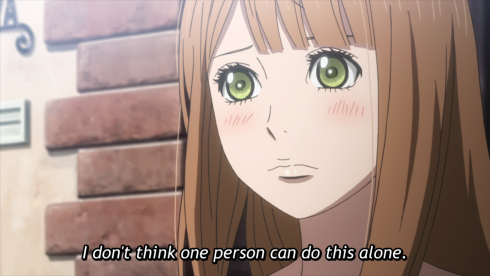 We’ll have to wait until next week for details about Suwa’s letter, but it already puts a new spin on his behavior these past few weeks, and suggests that his willingness to step aside for Kakeru and Naho might be as much about saving his friend’s future as it is about supporting him in the present. 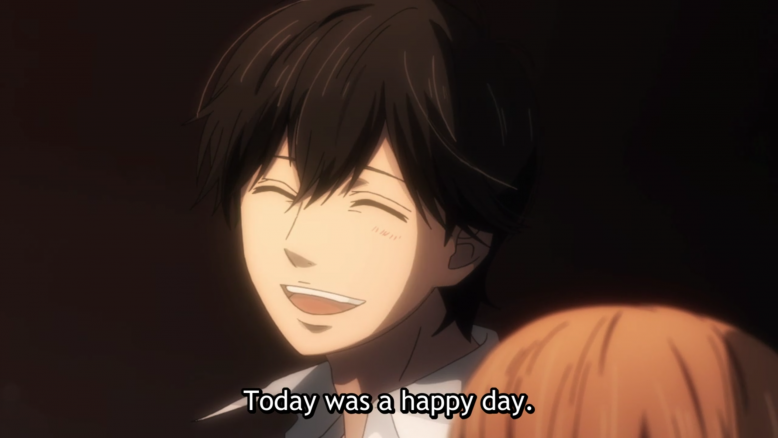