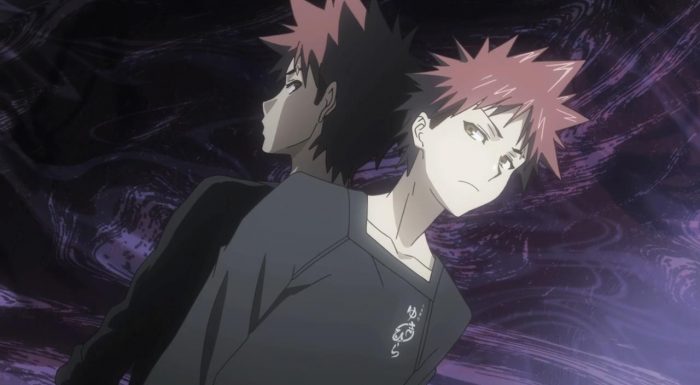 The idea of a battle with one’s self is a concept that’s fairly deeply ingrained in Japanese culture and ideology. Its something we see in many of their stories, whether they’re in manga, light novels or anime. And now, with its fifth episode in its second season, Shoukgeki no Soma is finally taking a stab at that rather monumental topic. 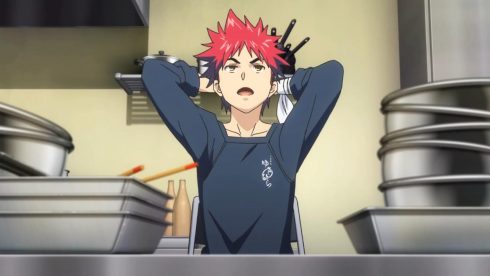 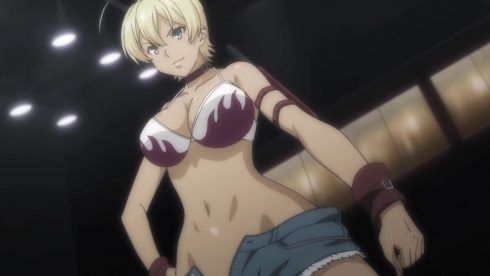 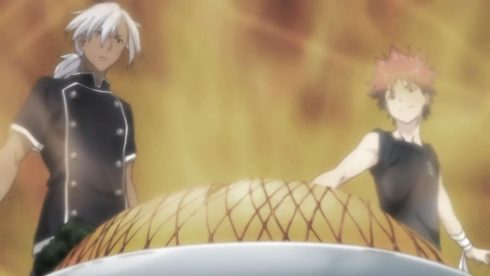 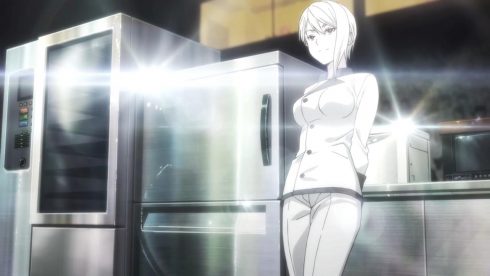 I really think it’s beyond impressive that I never noticed how much Soma was focusing on his opponents, rather than simply improving. It seems like Soma is the sort of person that not only performs well under stress, but performs and evolves himself to specifically surmount a particular challenge. Soma’s approach toward cooking, is something that many practical minded and successful people seem to have. The goal isn’t to just learn, or simply to improve in a vacuum, there’s deeper purpose and a reason that dictates the approach and the learning.

In the moment where Soma finally recounted his past battles and improvements, it really did strike me that Soma is the sort of guy that’s just not suited for academia. This may be my own biased opinion, but very rarely is academia focused on the practical, especially in the west. There’s this emphasis on test taking, on scoring and learning a certain way, without really looking at that knowledge’s practical application in the real world. I realize that’s generalizing to an unforgivable degree, but what I really mean to illustrate by all of that, is that I can relate to Soma and his current predicament on a very personal and ideological level. 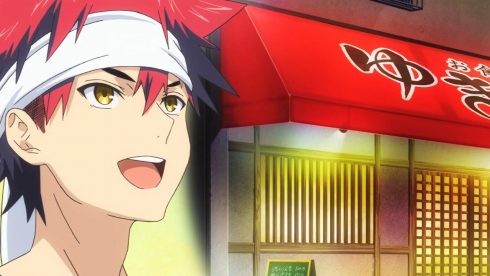 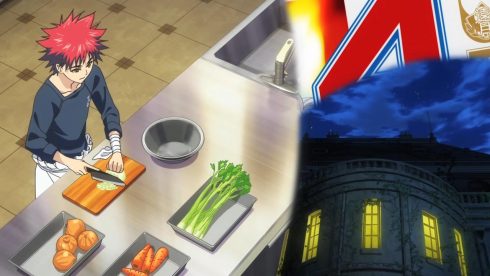 Simply put, Soma learns by doing, and by putting himself and his skills to the test in a real life situation. And the real life Situations? Every one of them have had a specific challenge for him to overcome. As he himself mentions, in the Autumn Selection Prelims, it was learning how to use spice. In the First round of the finals, it was combating cutting edge technology with heart and keeping the end consumer of the food in mind. In some way, Soma’s practical experience and his practical way of doing things, have always led him to some kind of answer.

Because what Soma has, more so than most of his contemporaries, is real world experience. And that actually counts for a lot, because as anyone out of college or academia will tell you, there’s a certain difference between the educational realm, and the practical one. Soma’s definitely got a big advantage over the other students at the academy, but its in that advantage that Soma also has his big problem. 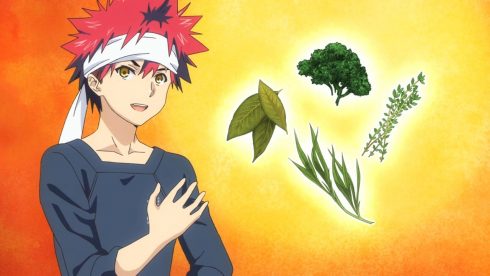 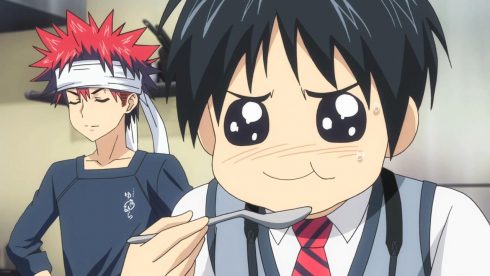 Soma doesn’t have the academic knowledge of cooking, and he doesn’t even have the head space to tackle cooking in terms of purely an art form. To elevate any craft to the point of being high art, is an inherently academic pursuit in itself. And while I may rag on Academia for its occasional lack of practicality, there is something very beautiful about aspiring to reach the very heights and limits of a particular craft. Because its from that almost mindless pursuit of perfection, that evolution and new ideas are undoubtedly born.

And new ideas are definitely what Soma needs at the moment, and I think its really just, magical almost, how this episode and the current battle with Subaru, basically systematically attacks this story’s main character. Again, as Soma himself mentioned, there’s always a larger goal that he has to accomplish in each trial that he’s faced thus far. The problem is, Subaru doesn’t really have a particular strategy or philosophy that Soma can go struggle against. Subaru’s whole thing is about surmounting and exceeding his opponents in whatever they’re best at. 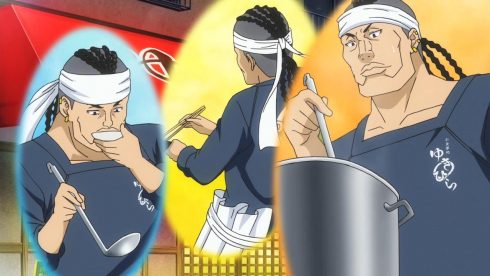 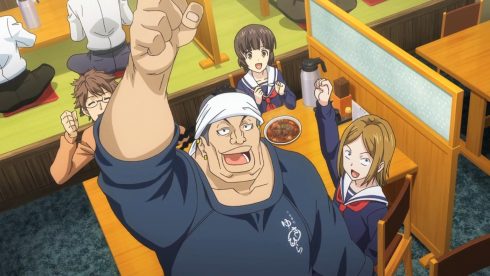 So in essence, like Soma says, this is a battle with himself. Soma has to overcome himself, and he has to get to a point, where he exceeds even his own believable evolution. And its in this particular situation, that the whole significance of last week’s episode really comes into play. Takumi did evolve, and he did improve in a very tense and impossible situation, but he improved to a degree that was predictable. Soma can’t just simply one up himself, he has to go a step farther. And that… That is quite the challenge, even in Shounen terms.

In a lot of ways, I feel like this week’s episode, was more or less about Soma’s self reflection. It really was Soma breaking himself down, understanding his strengths and weaknesses, and basically coming to terms with the situation he was in. And here’s the thing, while the genius of this particular situation should have been evident from the moment Subaru showed up, it was this episode that actually laid it all out there. 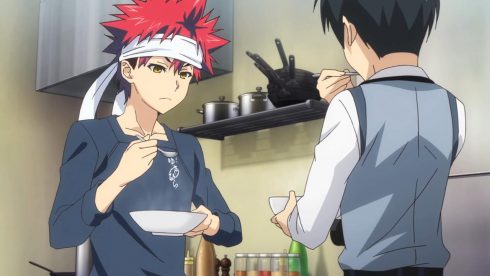 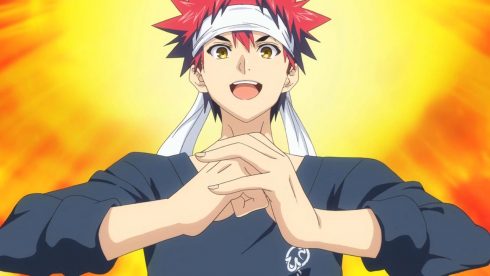 There’s very few times when a show can actually make me feel like an idiot, and still impress me. And this week was definitely one of those few cases. Because of Soma hadn’t talked about himself and analyzed his previous trials, then I never would’ve connected the dots and understood the significance of what the show is doing here. And not only is that a huge accomplishment for this show, but it also shows how mangaka Yūto Tsukuda, really understands character dynamics and general balancing that would be more at home in a video game, than say a work of pure entertainment.

Its just, amazing that a storyteller is basically taking a very academic approach to his story, by basically breaking down his central character and based a story around his own faults and weaknesses. And for all those people who have long argued that Soma is a over-powerd main character, well, this episode had the guy himself prove how that was and is certainly not the case. 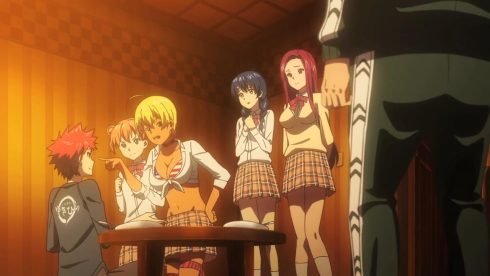 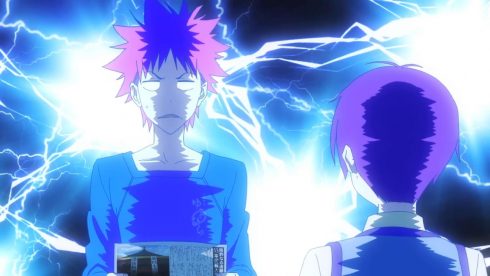 Now… While I do believe that the crux of this week’s episode was about Soma and his journey of self improvement, it wasn’t all the episode had. There was tons of stuff, that was thrown into the mix as Soma struggled to come up with a solution to defeat Subaru, and by extension himself. And while I do think that the episode itself felt a bit faster paced, I none the less like all the little segments we got this week.

The biggest addition to the story, was a guy named Sotsuda Mitsuru. Mitsuru is your typical high school newspaper young dude looking for a scoop, but what the show does so well with him, is make him entirely feel like a side kick to Soma, rather than an objective observer. And I liked that, I liked that Soma basically had a fanboy of sorts, following him around and cheering him on. It also didn’t hurt that [journo] is just a really nice and likable guy. 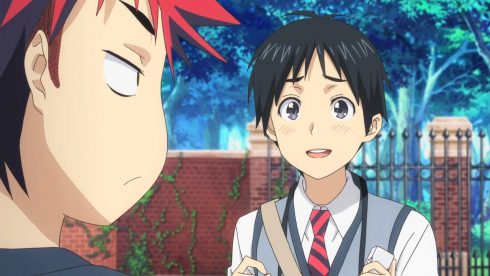 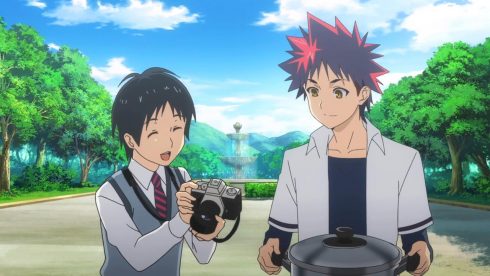 And it was Mitsuru, that gave Soma the eventual answer to his big problem. See, remember when I mentioned that Soma’s practical experience was going to hurt him? Well the dish that he had to cook for his next match, a beef stew, played straight into this idea. Soma’s always made food that’s meant to addict and keep people coming back for more, so it prioritizes staying power over a great first impression. But in a competition, Soma has to do the exact opposite, and I loved how the show basically setup and spelled out this particular scenario by the end of this episode.

As far as training montages or preparation episodes, this week’s offering was undoubtedly a strong one. The fact that we got the whole scenario built up and established before the actual battle itself even happened, cannot be understated. What this means is that the next episode is going to deal with the issue of Soma actually surmounting this task, or failing in the process. 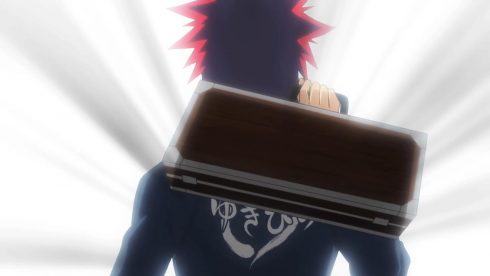 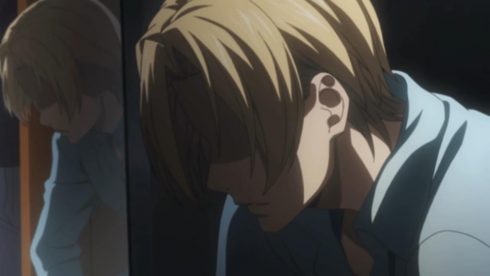 And yes, I mentioned that last part there on purpose. If there were ever a time to send Soma down a path of failure, and really have him hit rock bottom, then this is definitely the time to do so. Which is why I’m not entirely sure if the story is actually going to have Soma succeed here, or fail. Once again, the show has just created a situation where its hard to predict, with 100% certainty, what will happen next.

There are those of us that clearly rooting for Soma, and It’d be remiss of me to not mention the nice little nods and support that he got this week. Nikumi’s gift of high quality beef, Megumi’s tea, and the general support of Mitsuru were definitely highlights of the episode. Oh yeah… Erina was also there, and surprisingly not as dis-likable as she generally is. For the first time since I think this story’s inception, Shokugeki no Soma actually had me kind of begin to connect with Erina. The sheltered, naive school girl that’s got a hugely arrogant edge to her, that’s a good approach for this show to take. It makes Erina’s attitude problems and general actions at least somewhat understandable. 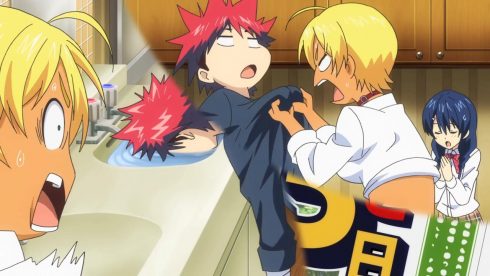 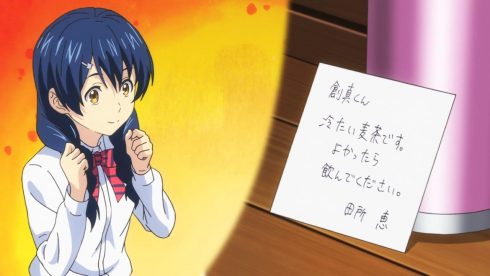 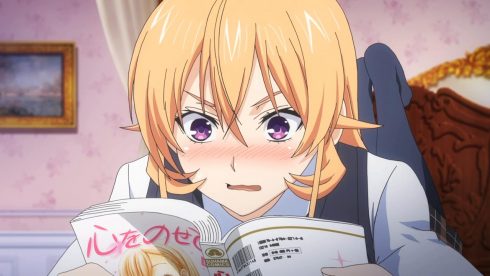 I still don’t like her, and I don’t think that she’s better than Megumi or Nikumi as a female lead, and a potential shipping partner for Soma, but I am starting to at least see her as a decent character. That’s quite the win for the show, at least as far as I’m concerned, and I think its worth noting, because of how much I’ve trashed and hated on Erina in the past. Will the show continue to make Erina into a more likable character? Probably, but I guess there is something to be said about how darn long it took.

And she isn’t quite there yet, which is okay, because it does seem like the show and the story are tabling that particular element for now. Right now, its all about Soma, and his intensely difficult predicament. With even the Totsuki Elite present, and judging him, the stage is set for an exceedingly tense match up. Speaking of which, its rather nice to see that the deck is kind of even, as far as Soma’s chances go. There are definitely some of the judges, the ones that’ve met him before, that are clearly in favor of him, but as if to counter that, there’s at least two judges from the Elite ten, that are fairly against him. And as the number 2 and 3 of the last Totsuki Elite group, that’s quite the introduction and raising of stakes. 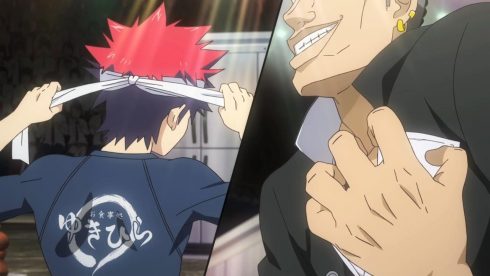 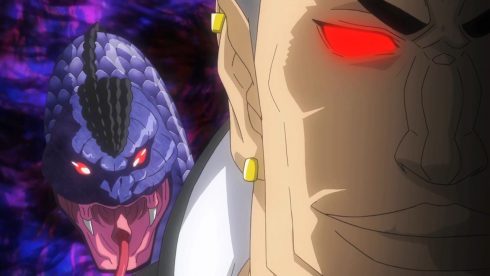 Okay, I think that’s all of it. In the end, I’d say that despite the slightly rushed pacing, Shokugeki no Soma continues to be the highlight of this rather strong Summer 2016 season, and Its just great to see the show continue to throw multiple interesting and unpredictable scenarios at its audience. Its a rare thing indeed, to be a series that has fans “hungering” for the next week’s episode, in this rather jam packed, quality Summer season..