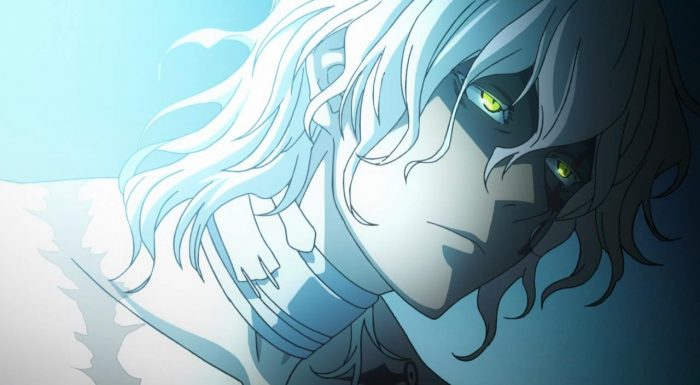 Well, this is turning out to be a darn shame. Every week I go into D.Gray-man Hallow with tempered expectations, and every week, I feel a little bit colder and sadder. There are these brief moments in every episode, moments that remind of the love and the joy I once had for the franchise known as D.Gray-man. And then, ever so cruelly, the show will jerk me back to the present day and to the sad reality of the fact that this second season, just doesn’t hold up.

There’s a rather big problem, I think, when all an episode can really do is make you reminisce about the past. Yet, that’s exactly what I ended up feeling this week, even as the show continued to tease Allen’s big transformation into the fourteenth and the throw a bunch of stuff at me. The scene with Lenalee at the beginning of the episode for example, felt like way too little of a good thing. All it served to do, in the end, was remind me of a time when I really was not only a fan of this story, but actually shipped its characters as well. 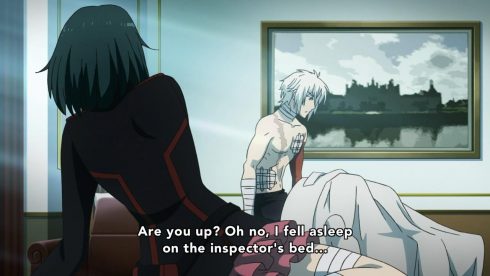 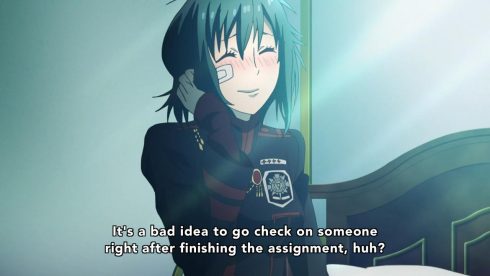 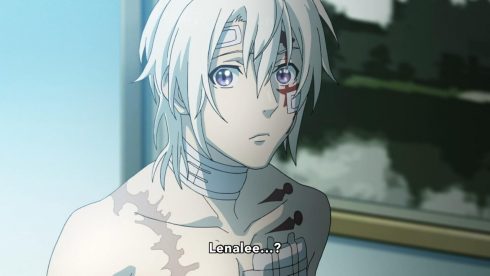 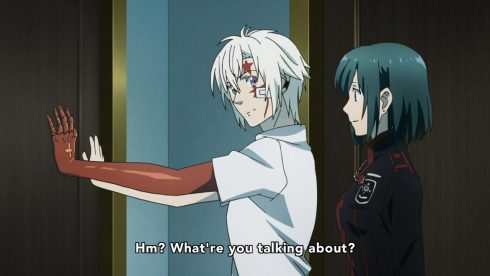 In the good old days, I remember really hoping for a Allen x Lenalee pairing, in the same way that frequent readers of my episode blogs have seen me hope for Natsu and Lucy in Fairy Tail. That’s how good D.Gray-man used to be. It had the staying power and the imagination of a series that could easily carve out a spot in one’s weekly routine. And I think D.Gray-man, probably worked better as an ongoing anime series, than it does as a quick one off, one cour series.

A big part of that is how long and monumental the actual timeline is for D.Gray-man. This is a franchise, that, to date has spanned 107 animated episodes. Stories like this, need continued investment from the audience, and a buy in and familiarity that’s just been lost due its own long absence. There just isn’t that connection, that sense of place and belonging, that a series like this, with a long story needs to have. 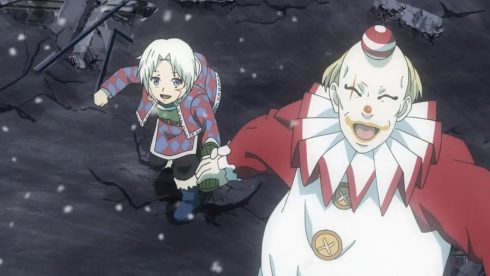 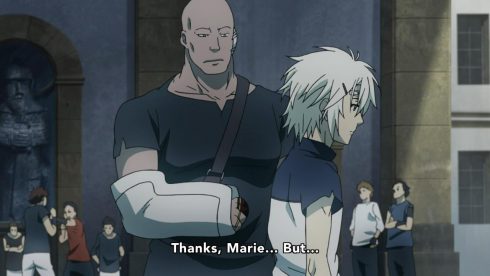 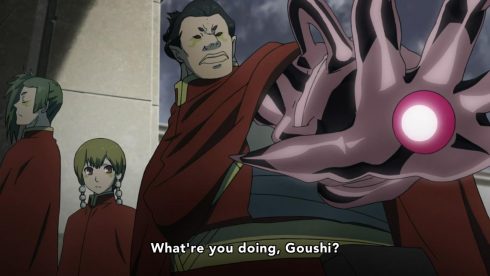 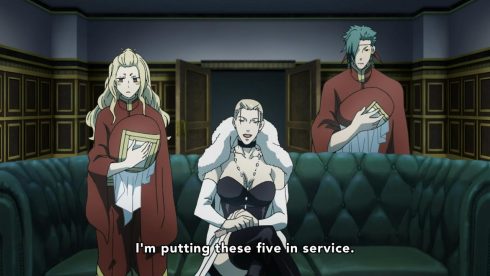 Which is why, even when Allen is facing his own demons with regards to the Fourteenth, or when we’re introduced to the concept of the “Third Exorcists”, everything seems kind of meh, at best. Speaking of which, The show has enough characters, both in terms of heroes and villains. It seems rather excessive to add another party and dynamic to an already intricately complex setup. The idea of the third exorcists, while not entirely terrible, feels like its really just muddying the waters, rather than adding something interesting into the mix.

Part of why this whole Third Exorcists idea doesn’t quite work, is because it happens too quickly. Again, this is probably the show’s limited episode length coming back to bite it, but the rushed pacing is doing this story no favors. The third exorcists get introduced in this very episode, and then we jump straight into seeing the Noah take them down, and get this big emotional moment that exemplifies their sad existence. 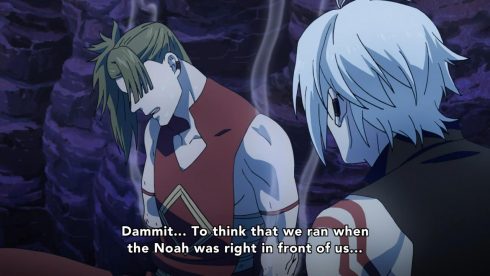 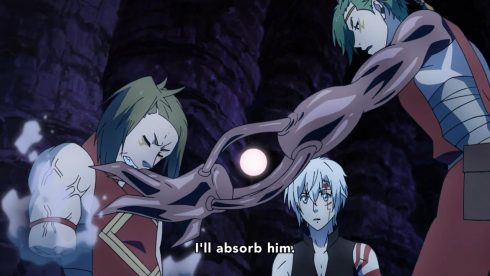 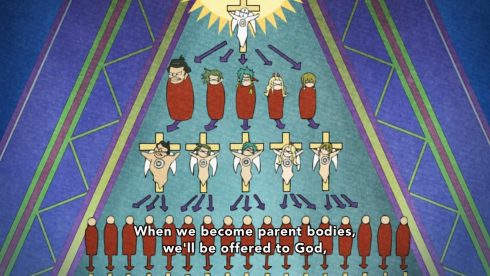 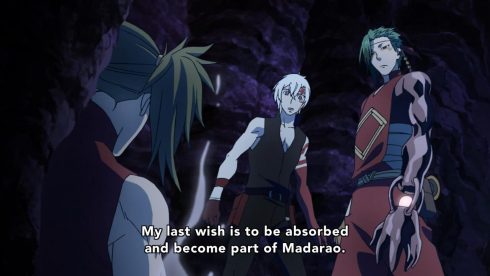 The whole idea of the Third Exorcists being expendable weapons that consume one another? Its a decently intriguing idea, and its meant to incite some really unpleasant reactions from the audience. But here’s the thing, I don’t care about these new characters. Much like with Timothy, there just hasn’t been time for me to actually get to know these characters, let alone feel for them. Yet, before I even have time to gather myself, the show thrusts its big emotional event with regards to these characters, in mere moments.

Its like if you suddenly encountered a stranger on the street, and saw them break down into tears. You’ll be worried, maybe even puzzled, but there definitely won’t be a sense of empathy in your reaction to it all. There can’t be, because you don’t have the necessary context or information. That’s what I feel like D.Gray-man is these days, its this old acquaintance of mine, who I haven’t seen for many years, haven’t heard from at all, and now its basically just pouring out its heart to me and expecting me to care. 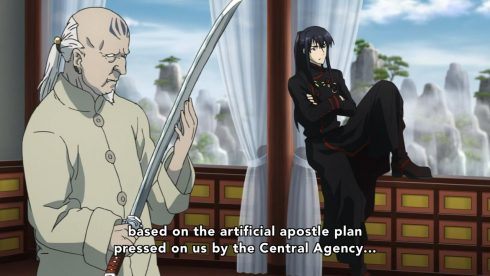 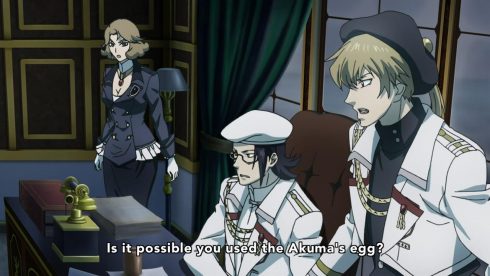 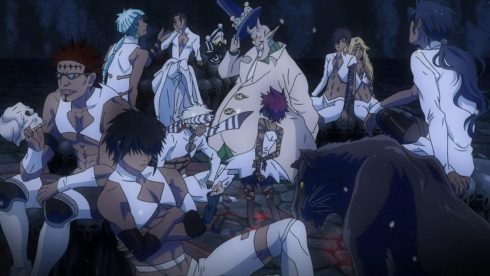 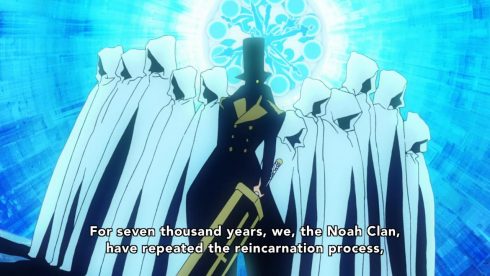 And of course, not only does D.Gray-man expect me to care, but it just overwhelms me with ideas, concepts and issues that I barely have the time to wrap my head around. There’s Allen and his whole Fourteenth crisis. There’s the Noah clan and how there’s now frigging 12 of them, all ready to rumble. There’s Kanda, his backstory of being the “second exorcist”, and his  regenerative powers. There’s The third exorcists and the whole Akuma Egg thing. Which by the way, if you’re confused about the Akuma Egg, too bad, because that ,was the one part of the manga that was entirely skipped by this series.

So what we have here, is a bonfide mess. D.Gray-man is just not an elegantly done anime series. It has too many characters, too much to cover, and it doesn’t have the patience to actually work hard at making everything its doing seem palatable. And this really is all… Such a darn shame. 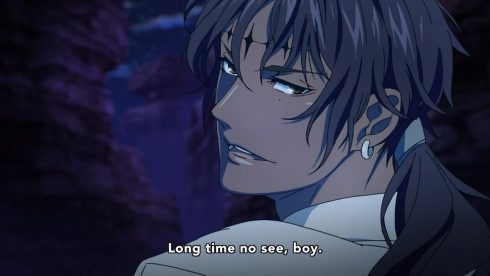 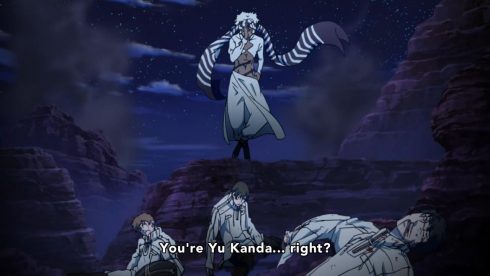 Its a shame because this really will mark the end of D.Gray-man as any kind of relevant franchise. This misstep, this 1 cour bungled anime series, was the franchise’s one big chance to get back into the limelight and get some attention again. But… With this kind of showing? All D.Gray-man can hope for, is to fade away into obscurity.

So the question is then, do I continue to cover this series? Do I give up on it? or do I stick it out and just see this ship sink? To be honest, my one sentiment right now, is that its not as terrible as Ace Attorney was last season, and I CAN still watch it. Being watchable and being fun to talk about, however, are two entirely different things.  With D.Gray-man Hallow, all I find myself doing, is repeating myself. “Its not good, but its not horrible…” 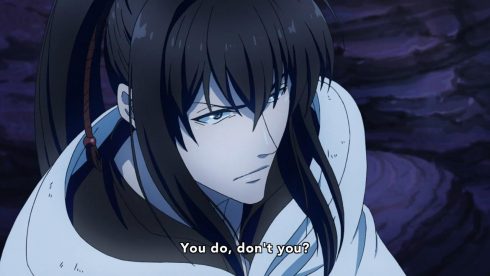 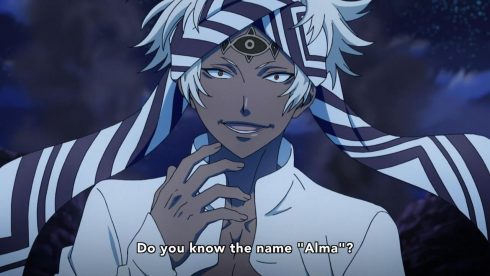 Even still, I guess I want to hang in there a wee bit longer. A lot of that comes from my memories of  how beloved this franchise was to me, all those years ago. Maybe all writing about D.Gray-man Hallow is going to amount to, is pretty much just letting off some steam and coping with the sad reality we have here. That’s what I did with Durarara!!x2, and for the life of me, I never imagined that there would come a day, when I’d be spending week after week, lamenting on D.Gray-man’s lost potential and wondering if I even needed this continuation. Sometimes time just isn’t kind, I suppose, and sometimes, its better to let sleeping dogs lie.