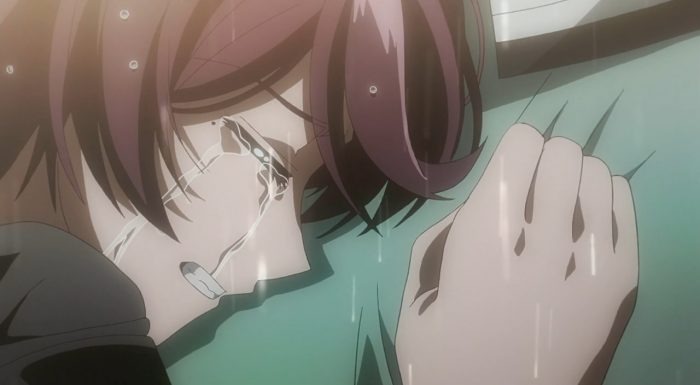 Things got a little more serious in this episode, although it did play out in a way I didn’t expect to see. With all the focus on Ryogo and Haruka, I kind of figured one of them would end up dead this week. The odds seemed pretty plausible that Haruka would die and lead to some crazy drama. Although the end result instead was that Fushihara was killed off. His last act basically to push these two together and to give Ryogo the shove he needed. I feel bad for Fushihara, but I’m glad the show didn’t go that dark this episode. Although you never know what might happen for people who are most definitely not the main characters. I’m just glad that even for an episode things didn’t go that bad for Ryogo. He did lose a friend which is terrible, but if nothing else this may just continue pushing him to not hold back and live his life to the fullest.

It is interesting looking at someone like Ryogo for a bit. He isn’t exceptional. The guy just gives his all and does what he can. It’s limited, but that’s sometimes the card we are handed out. But, I’m not surprised that this is the first time he’s gotten involved in anything romantic. Probably figures that someone like him will end up dead eventually and he’d rather not leave any more people than necessary hurting with his passing. 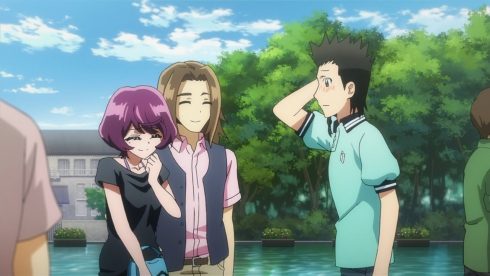 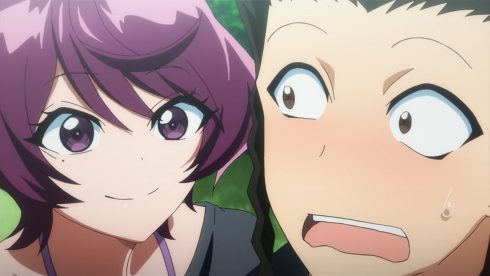 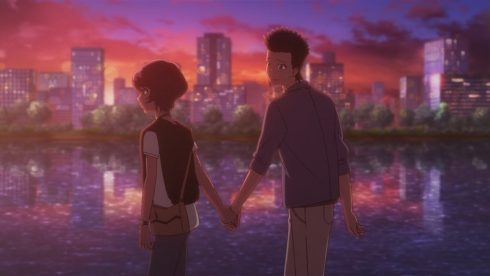 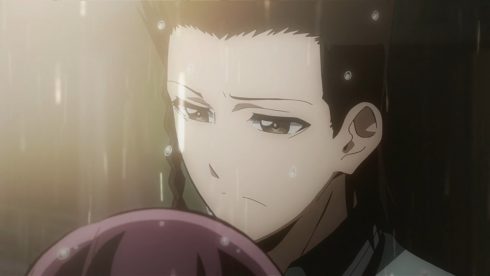 A kind of sad thing to say, but this is kind of Fushihara’s last gift to Ryogo. Giving him that kind of advice and giving that push. He helped put these people together and let things take their course. It’s probably true enough that Haruka did need someone to spend the day with and Fushihara felt this would be a win/win situation. He could introduce someone who had more free time than he did and maybe if all went well then two people would be happier as a result. Probably had a good idea of her type anyways so that made it easier.

Not much to say on the romance side of it. Pretty standard setup with a relatively shy person and someone who is more outgoing and willing to push in the right ways. Haruka may be the type that prefers being able to set the pace a little in a relationship and certainly someone like Ryogo won’t take things too far. In the end it’s a cute little relationship that you can smile at. 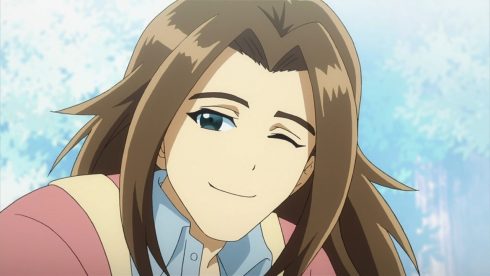 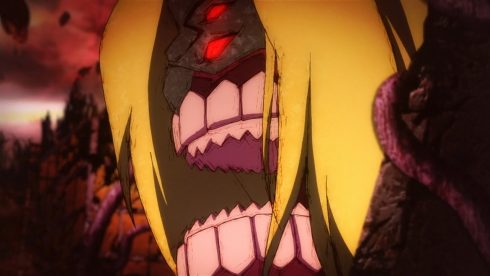 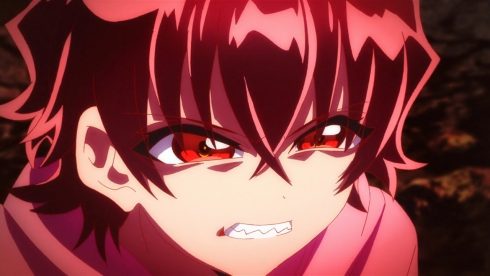 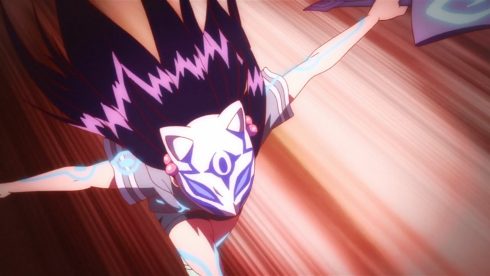 That’s about all the smiling to be done though since things aren’t going great in that town. It seems safe to say that Yuto is making his move and now openly attacking onmyouji to experiment on them. Giving up on just attacking kids who could become onmyouji. Definitely a scary thing since he’s not slowing down even with Seigen looking for him. If he’s going to continue unleashing corrupted humans then the world will only be more dangerous now. These things are no joke. It was one thing handling those as a kid because the corrupted ones were just kids themselves, but now Yuto is doing this to decently strong onmyouji and the results have been monstrous.

Just an utter tragedy having people being turned into the thing they were fighting this whole time. Yuto has clearly gone insane and just doesn’t care about the consequences. And it appears Arima is using Seigen to clean up this whole Yuto mess and not providing any additional backup. I can respect Seigen for basically trying to shoo out Benio and Rokuro before they saw the remains of Fushihara. Rokuro has clearly not gotten over what happened, he’s just managed to pick himself up and continued moving. If he saw the remains after the fight it probably would have really messed him up again. 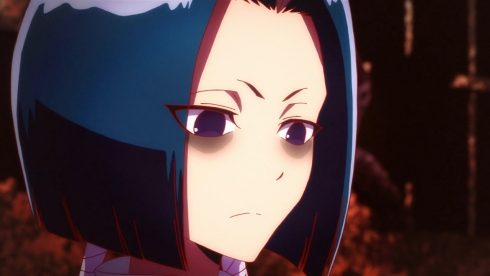 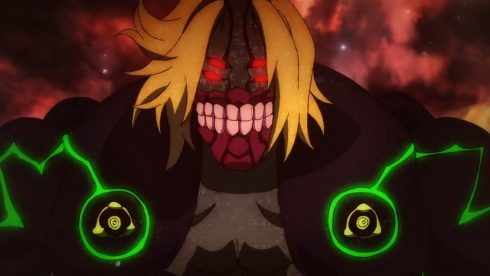 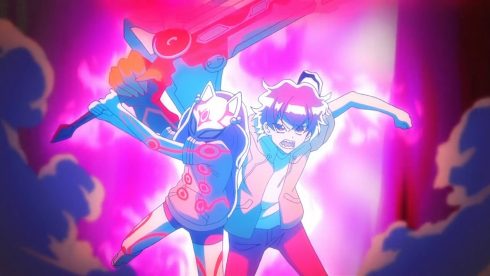 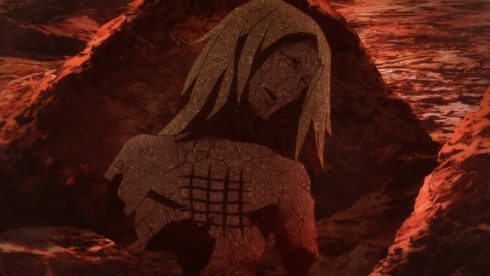 Not surprised the attack failed in this episode either. They weren’t on the same wavelength. Sure, they wanted to win, but they were distracted. Rokuro probably more so than Benio. This fight was basically a big flashback for Rokuro on what happened all those years ago. For Benio it is a reminder of how utterly far her brother has fallen. Regardless they weren’t thinking about each other and the fight in front of them. They still had a fair amount of power, but it wasn’t what they were capable of. Their best shot probably would have taken care of this fight and did even have Seigen taken aback.

I guess we’ll see where we go from here. They were basically tossed out like scolded children and put down pretty hard. Though I do get why Seigen went that far, wanting to take the dirty jobs onto himself. But how these two recover from this setback will be important. I wish them the best in figuring it all out.