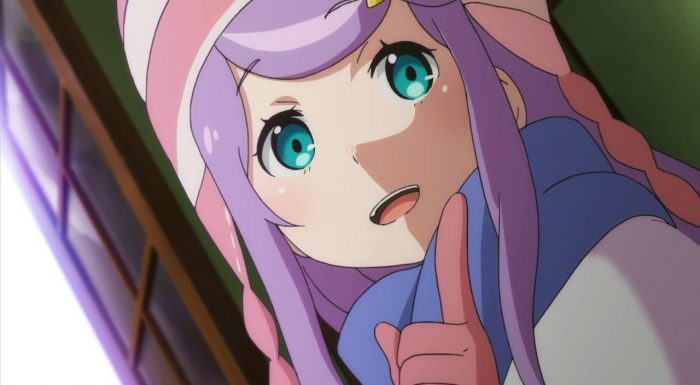 It feels very odd to say that Subaru is wrong, but he isn’t wrong. This was an episode where basically the only person I think is absolutely right is Rem. Subaru is full of rage and for good reason. His anger is making it harder for him to make good decisions and negotiate as well as he possibly can. That is absolutely true. But, I don’t think the candidates he turned to in this episode are even as right as he is. He may be angry and vengeful, but at least his actions are leaning towards doing the right thing. He may not be thinking straight, but at least he’s trying to move things in the direction they should. Those women though? I wanted to throw something at most of them. In the end most of them are plainly ignorant of the fact that they want to rule a Kingdom, but don’t give a damn about the citizens living there. 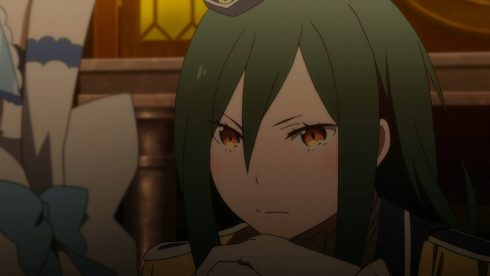 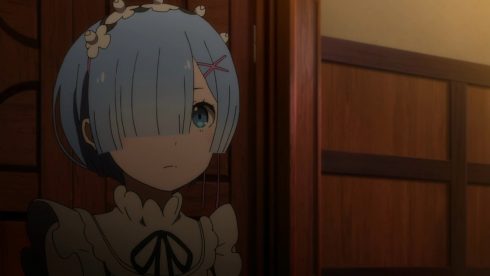 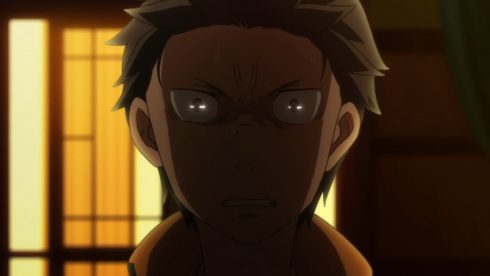 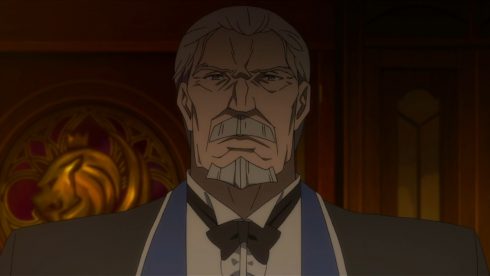 I lost a fair amount of respect for Crusch this time around. The whole “I won’t take action because it doesn’t benefit me” goes out the window as being legitimate when you want to take over a country. Those villagers are your citizens if you win. The moment you decide you want to rule then you should take action to save those lives. Putting the blame on Emilia is cute and all, but it fails here. Sure, you can argue that if Emilia can’t protect her citizens then she shouldn’t rule. But, the same goes for Crusch. By choosing not to save people she can save she has already disqualified herself. I don’t think Subaru’s last line to her was out of line or incorrect. Crusch is well on her way to being a spectacular dictator.

It may be a cultural thing, it may relate to the kind of social norms these people have, but in the end I can hardly respect most of these people as legitimate candidates to rule. I can fully understand Subaru being frustrated and pissed with them. In the end I’d rather be in a country with Emilia on top than any of these people. At least you know if there is any chance she can help people in need, that she will do it. I get that Crusch was concerned about the verifiability of Subaru’s concerns and that anger bubbling in him. But, she basically screwed up royally.

She handed Subaru mudslinging material that could cripple her own efforts to take over. That she knew a massacre was going to happen to citizens of this kingdom, but refused to act without personal benefit. And she gave up on a political goldmine. Saving those villagers and her political rival would have put her on top of not only Emilia but the other candidates. She took action to save citizens of this kingdom without benefit to her and took care of a major threat to the kingdom in one move. But no….Crusch doesn’t need any of that apparently. Apparently political good will, respect from her citizens and saving lives means nothing to her. 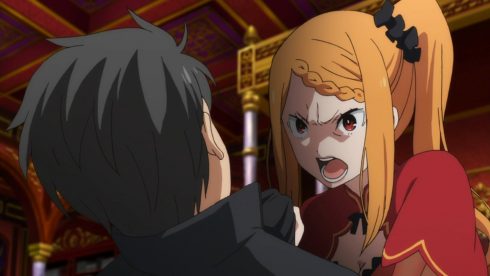 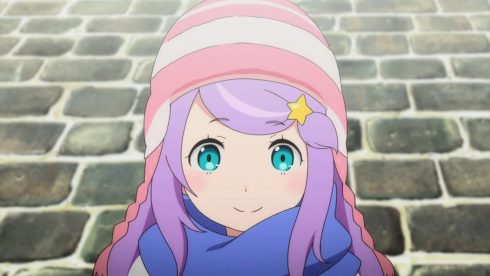 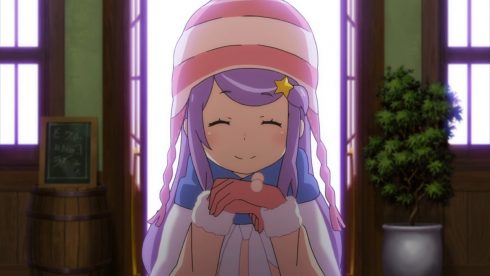 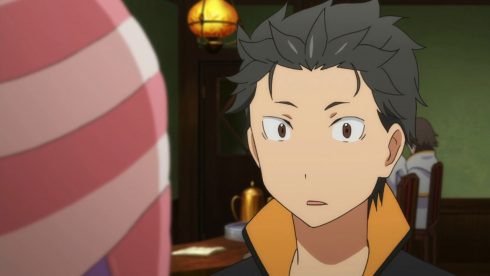 I didn’t have as much a problem with Anastasia. Her playing Subaru wasn’t even that big a deal to me. She got information she wanted and Subaru got the transportation he wanted. Was that a big loss for him? Sure, he didn’t realize what she was after but I wouldn’t have been that pissed. She just took a more roundabout way to get her information and she did actually give Subaru some helpful tips as well. Both in how to negotiate with people and what is going on in the capital. He can’t use that information right now, but he can in a future loop.

Not much to comment with Priscilla. She is basically one of those people….Nothing we didn’t already know about her really. Just…yeah. Moving on from that conversation since I just don’t have much to say about it. 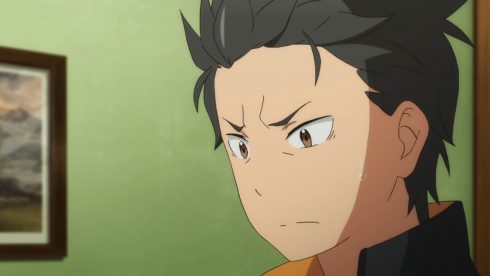 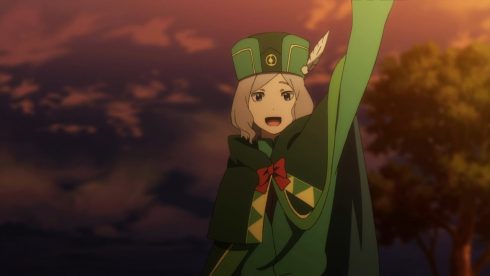 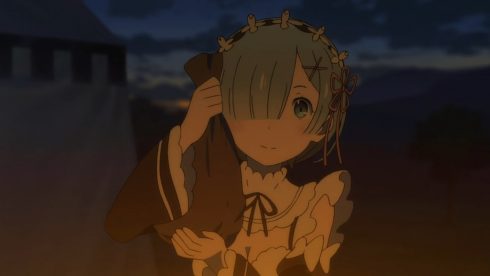 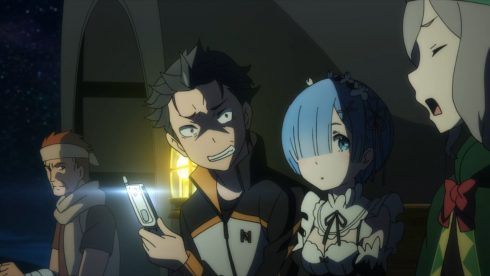 The sad thing is that Subaru can’t just be right. He can’t. Being in the right or on the higher moral standing doesn’t get you anywhere. These aren’t people who will be moved by lives on the line. It’s a real shame Reinhard isn’t around since honestly he would take action to save people. But, Subaru can’t rely on that with these women. They don’t care about the innocent people that will die. That’s just not an interest for them. He has to be colder and more calculating. At least through this arc he knows what these people want. Subaru needs to come up with something that will motivate Crusch to take action, find something she wants and he can deliver. He also needs to get that across without getting lost in his anger for the Cult. A hard task, but a necessary one.

Subaru knows what Anastasia wants now. He knows what information she’s trying to dig up and he can turn those lessons back on her. Priscilla…..I don’t know. Maybe just leave that women be. Not sure how much help someone who thinks the world revolves around them will really be in this kind of crisis. 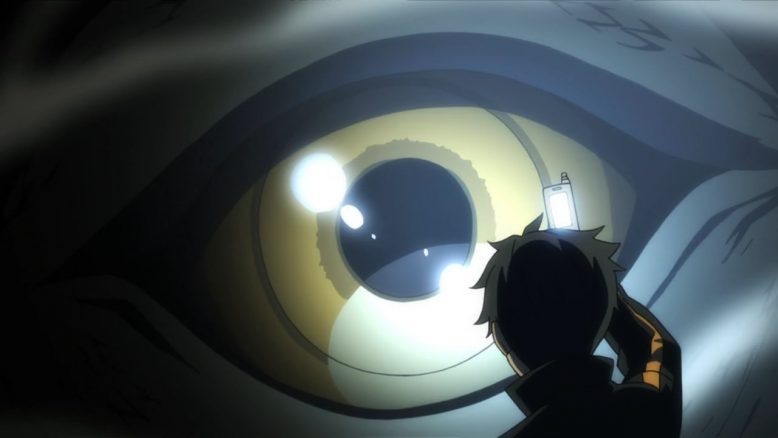 Well this can’t be good

Most important is Subaru finding a way to gather himself. He can’t afford to get lost in his anger. I just don’t know how you tell someone to do that though after what happened last week. Rem was brutally killed. How do you not let that have an impact on you? I don’t know, but he’ll have to figure it out. Sadly Subaru’s options are limited. The people he can turn to aren’t numerous and many of them are “conveniently” unavailable. But, to be fair I think the cult would intentionally make their move when Roswaal wasn’t around and would drop rumors of activities all over to hide their true objective. Subaru is in a tight spot. I can’t see him dying right away next episode since he still has to learn something before he can take action.

The one thing that surprised me was the whale business. I mean why didn’t Rem know about that this time around and suggest they avoid taking that route? Maybe she just didn’t get the information because they didn’t stay as long? I don’t know for sure. I do have to ask why Subaru didn’t remember it. I know he’s got a lot on his mind, but it is a fairly memorable bit of information. It just feels like they needed a crisis here. Also…why can’t anyone remember the guy that went missing? If that whale eats you….does it eat all memory of you? That’s unsettling. 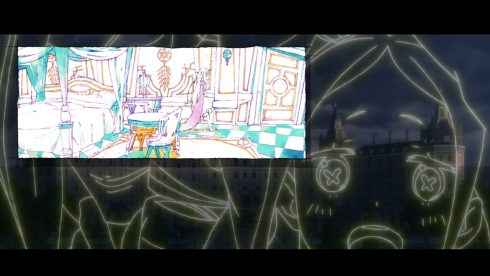 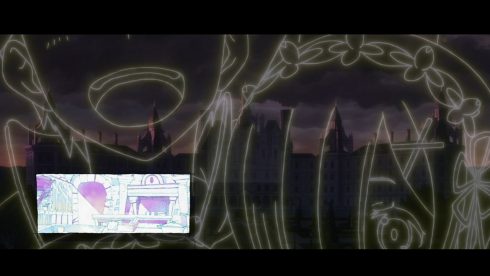 We got the new ED this week. It wasn’t bad, though I think the first ED was a stronger song. The song itself is fine, though I do think it might end up being a bit forgettable. Although really the ED is probably not something we’ll see a lot of considering how often they are willing to cut the OP/ED out for the sake of more story. The visuals are pretty simple. The main cast are in see through drawings in front of Roswaal’s manor with little drawings of Emilia doing things by herself. Not all that memorable, but such is. 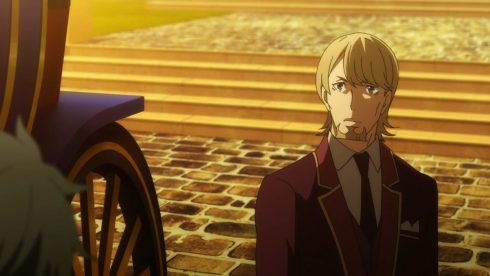 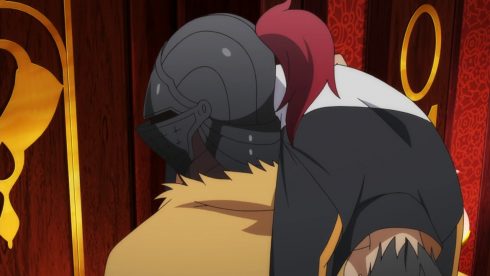 The real issue ahead is how Subaru is going to get help. Sadly the difficulty in getting assistance is even worse than I thought. Somehow Subaru has to get these people the things they want, but I’m just not sure how he’s going to do that. Sadly he can’t count on anyone to act just because they care about human life, that’s apparently not on the table. Last week was ungodly intense and emotionally driven, while this one was more frustration driven. How do you make people take action? And how do you rationally make decisions and discussions without getting overwhelmed by trauma and anger? I don’t know. But, I sure hope Subaru can figure it out.