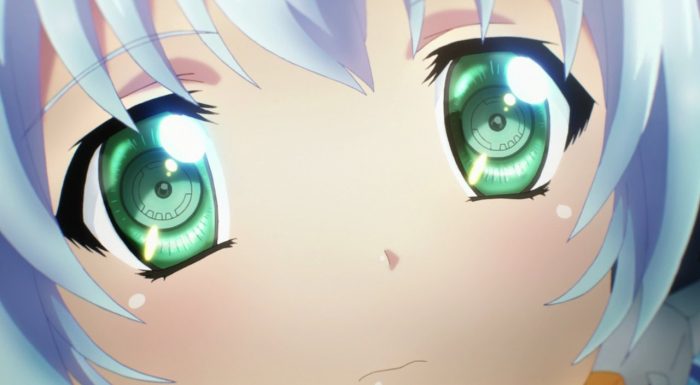 Interesting … as far as I could tell the second episode seemed to be dedicated to two primary things. The first was the Junker and Yumemi working together to try and fix “Miss Jena”, while the second seemed to be (well done, in my opinion) exposition and world building of the setting. And to this degree it seemed as if episode two was more “slanted” towards lending a hand to those who have not played the virtual novel previously. If that is so I think it did a plenty fine job, even if the episode itself was only about 13 minutes long. 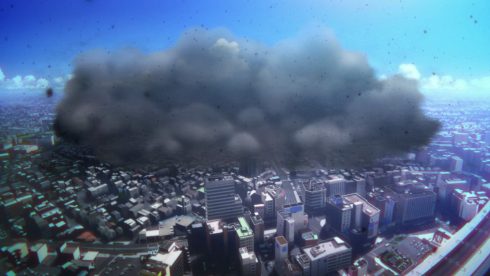 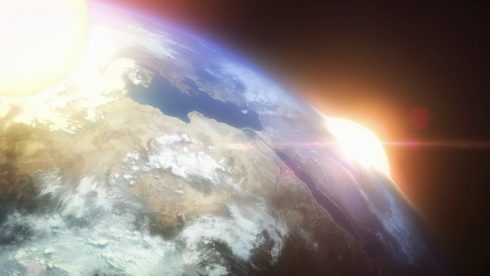 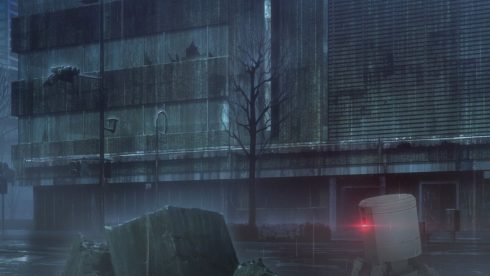 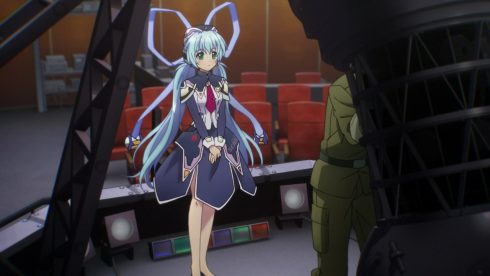 First of all we are shown a little bit of the background for the present state of the world – essentially it was indeed world wide wars, not only biological weapons (was the MC close to one of the warheads when it dropped on the town where he lived?) but also huge nuclear weapons: the shots of huge nuclear explosions on the face of the globe make it pretty clear the destruction scale was massive. We already know of the robot technology having advanced quite far before the war as well, and there still seem to be stragglers (?) patrolling the streets of the cities … I wonder where they get their power from? 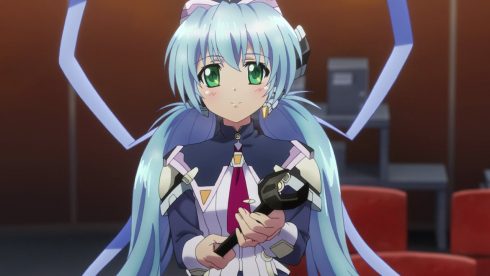 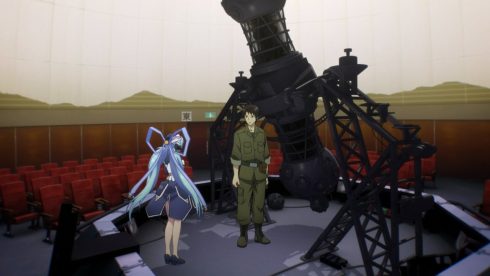 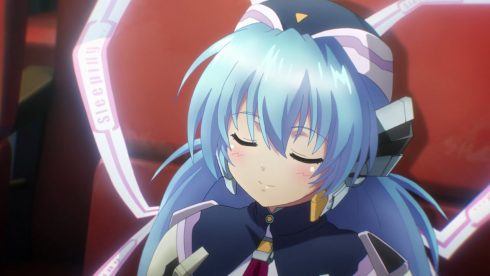 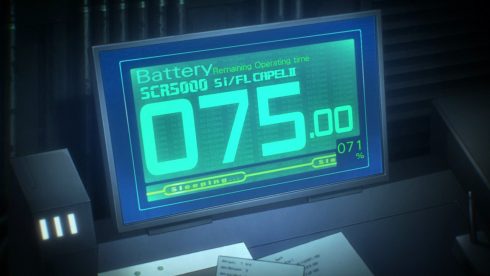 And as far as robots go, we also discover that Yumemi is currently in a super “energy save” mode … she only wakes up once a year (it seems?) and is only functional for about a week, even then going “to sleep”, a sort of “extended version: of the power saving mode. As fortune had it, the Junker showed up right near the time she activated/woke up. In a certain way her current extended power saver mode (I wonder where the energy source is that keeps her in that state?) lends more immediacy to the story (though I am not so sure about Yumemi personally) as to the importance of fixing the projector – aka “Miss Jena”. 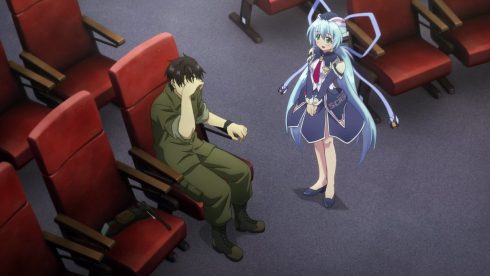 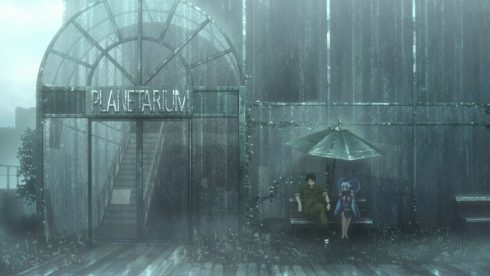 I have found myself also wondering another thing about the world … the sky seems perpetually overcast and rainy. I do not remember seeing either the sun or the moon. Could the damage from the terrible war been so great to have changed the ecology of the planet? If so then I wonder what sort of effect seeing a “Planetarium” in full splendor would have on an inhabitant of that world? In an odd, roundabout way I am reminded of how the Irish monks brought back learning and education to the continent of Europe in the wake of the Germanic tribes invasions and devastations – could Yumemi actually be holding a sort of knowledge and learning that has been forgotten about for decades as well? 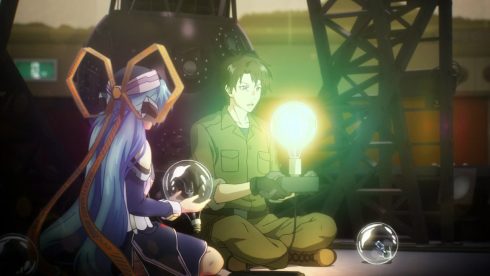 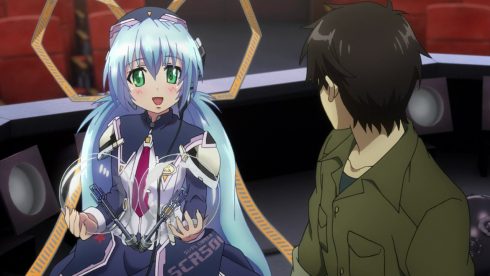 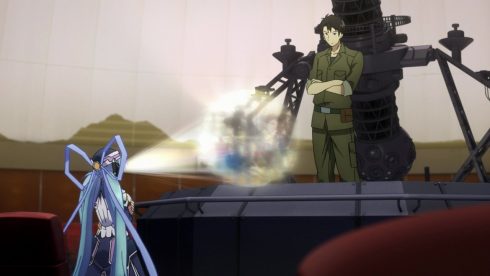 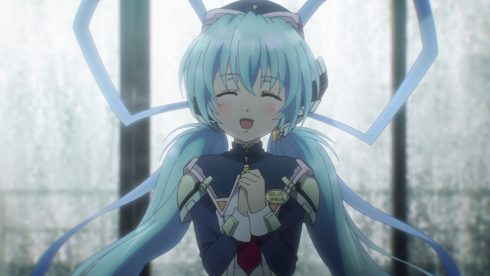 In the process of the episode we also get a few insights into the sorts of things Yumemi periodically thinks about … things like dreams, like what it is like to weep, about some kind of deity or afterlife that are “appropriate” for … robots. And the conversations she has with the gruff, perhaps good-hearted Junker (buried down deep in there somewhere) are some of the most interesting for me. Especially the focus on her eyes and thought process when asked about which deity she ought to pray to, one for robots in particular. All of these things are being slowly woven together into an interesting tapestry – at least for me!

Thus far most everything about the series seems quite enjoyable and hitting the nail on the head in almost every aspect – it is just downright excellent as far as I am concerned! The episode itself ended with the Junker approaching Yumemi one morning (after she has “woken up” and is practising her welcoming speech) and announcing that he has finally fixed “Miss Jena”. I have a feeling the next episode is going to be a powerful one!