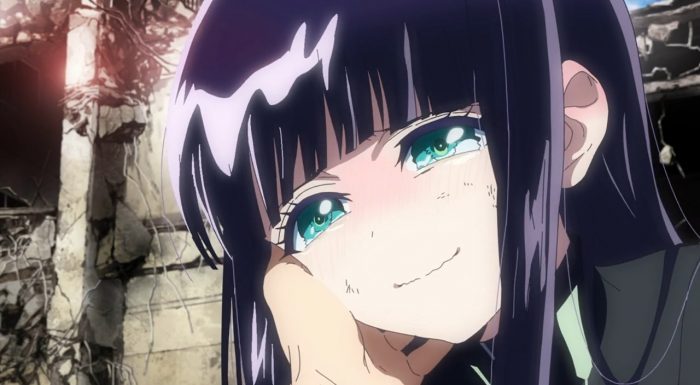 So this episode turned out mostly to be a recap episode. Not entirely recap since it did have some focus on Tanabata and some antics between Rokuro, Benio, and Mayura. But, as a whole it mostly did serve to introduce the new OP/ED and recap where we’ve gone so far. It’s what I expect for some shows that are more than one cour, they feel it is necessary to catch everyone up. Personally, I think this episode again would have made more sense to be the episode after the one –week break. Not the showdown against Kamui. But, that’s just me. 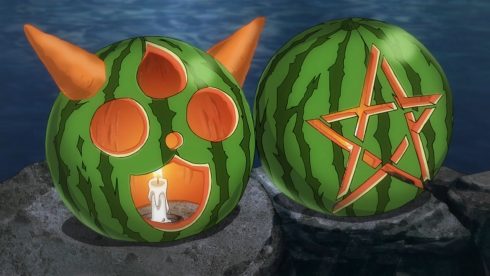 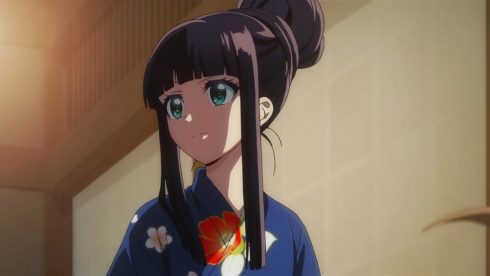 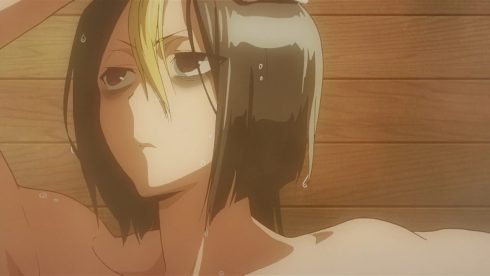 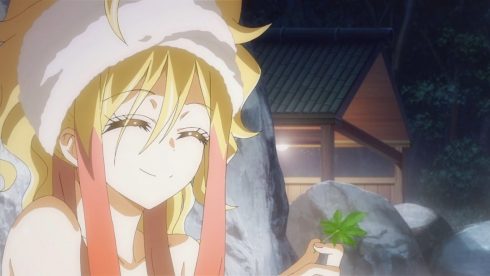 I didn’t think it would be quite the recap episode it ended up being. Though at least they didn’t just have one character reminiscing the entire episode. This did have a story about Tanabata and various characters spending the evening. You had Rokuro, Benio, Mayura, and the other Seika Dorm onmyouji. Also had Seigen and Shimon….taking a bath. I guess we need to consider fanservice for the female viewers too. Then finally we had Arima and Subaru…also taking a bath XD. I’m not sure if it’s abusing his position or what, but it really doesn’t surprise me with that last bit. Even Subaru doesn’t seem thrown off at all by the random behavior of this guy. I guess she knows there is a lot more going on under the surface than he gives away.

There was some plot progression. Arima and Subaru discussing the progress with the Twin Stars. Though, I still have my earlier complaints about pushing people together the way they did. There are some points made though about their potential for growth. That their unique position and situation allows for their powers to really grow when together. That is a fair reason for them to stick together. Not so much having to give birth to a savior. That’s a nice possibility for the future, but not necessarily something I’d be pushing them about. 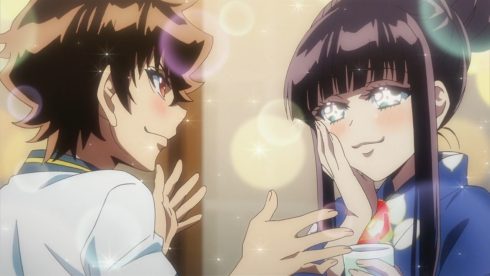 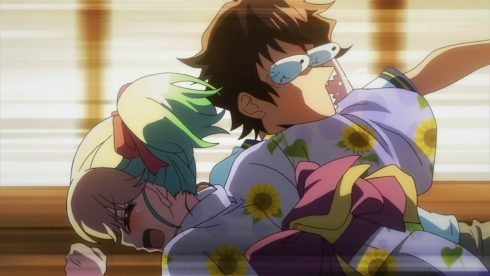 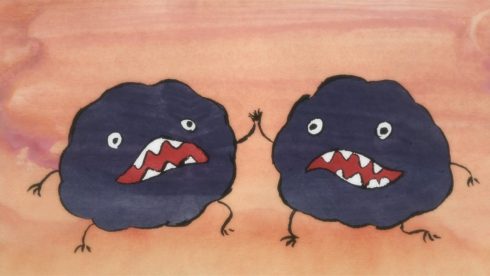 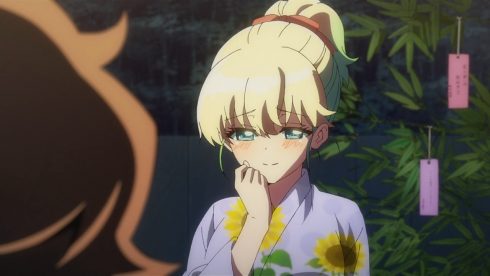 Ohagi-man…..what? I mean at some point I was afraid that episode 4 was actually coming. I know they had to pad out the episode with more than just flashbacks but…wow. Credit to Benio she’s really got this figured out. Though if she’s after a movie adaptation shouldn’t she be writing the screenplay for the film not episodes? Anyways I suppose it shows her creativity.

The better content there was around Mayura though who is realizing things. Seeing the injuries on those two and getting the insight that their lives are getting all the more dangerous. I can respect the fact that she doesn’t want Rokuro fighting, but realizes he is. That she would have just been happy seeing him being a shining, but clumsy person who wasn’t really good at anything. I just feel for her that she has little chance here. Especially if she is only wishing for him to notice her feelings rather than actually confessing to him. I get it’s embarrassing but…you are running out time Mayura. 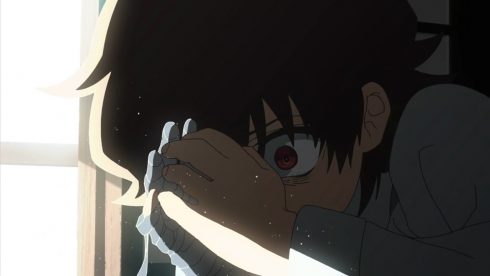 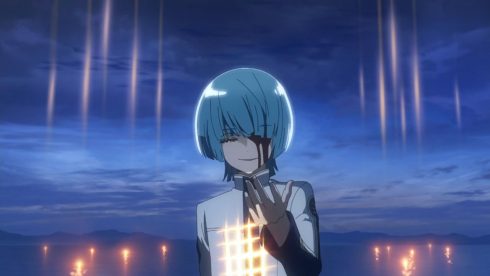 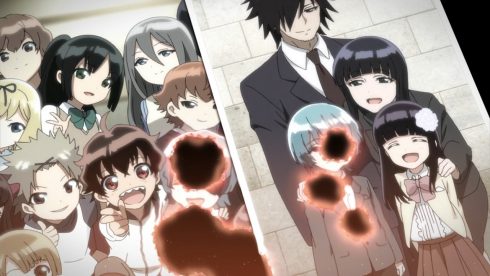 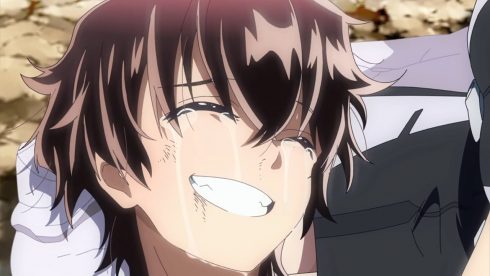 The most interesting content in the episode was honestly the new OP. The song itself is ok, if not a bit average. It was the visuals though that stood out. The symbolism throughout the OP and the emotions on the faces of Rokuro and Benio at times. It did have some nice action sequences as well with Rokuro and Benio fighting in the city against some pretty big Kegare. Seeing the younger selves of Rokuro and Benio suffering so much in the past was tough. But eventually seeing them comforted by their present selves was really nice. I guess the immediate threat for them is Yuto. I wouldn’t be surprised if the next season’s worth of episodes focuses on dealing with this guy. 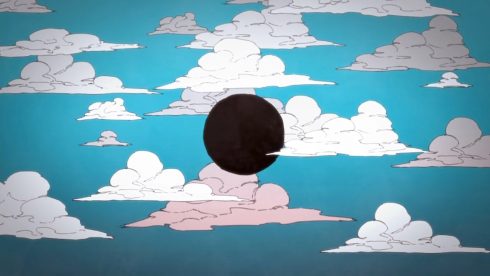 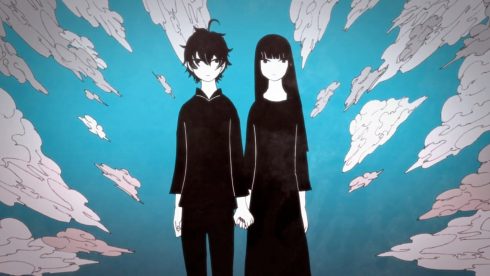 There isn’t as much to say about the meaning of the ED though XD. In fact I couldn’t find out who was evening singing it XD. It’s a comforting song to listen to. Seeing stylized interpretations of Rokuro and Benio looking at each other until eventually they are holding hands. At least the song was nice to listen to. 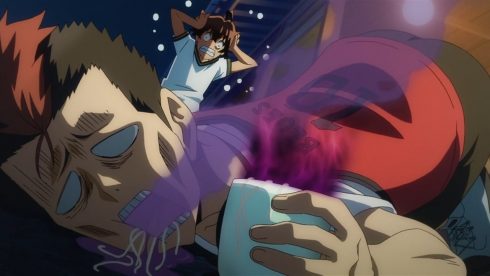 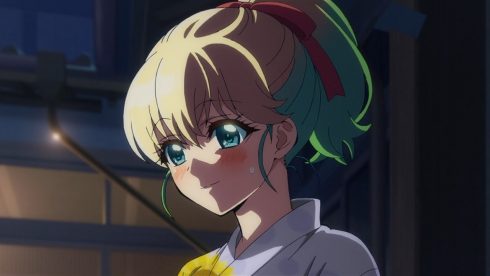 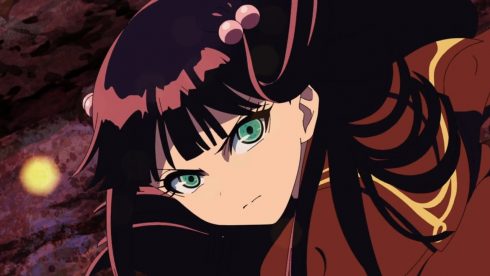 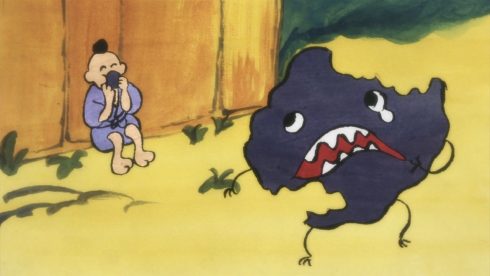 In the end, this was an ok episode for a recap. There was some nice little bits like Rokuro and Benio being on the same wavelength. I certainly hope their wish comes true to get stronger, together. They have some trials ahead of them and will certainly need all the strength they can muster.