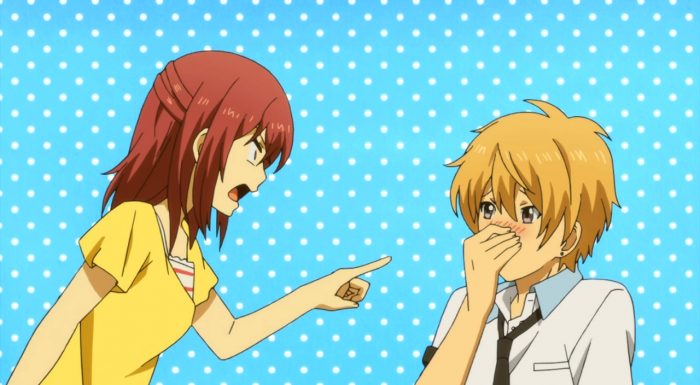 The series is about over and we’ve had some pretty heavy drama for the past few episodes. Naturally it’s time for some shipping! It’s kind of nice when even the characters within the show seem hyped to start shipping each other XD. I’m certainly alright with that since there are likable characters in the cast and really the situation is one where it honestly makes sense for that kind of thing to develop. There has been tons of hints about Kariu’s feelings throughout the show and the situation with Hishiro and Arata has remained pretty prevalent when the story has given them some room to breathe and not be focused on dealing with some other issue. And honestly I’m all for a bit of shipping in the first place. 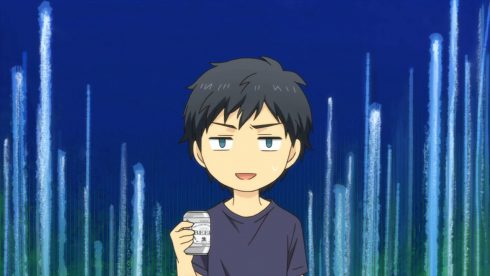 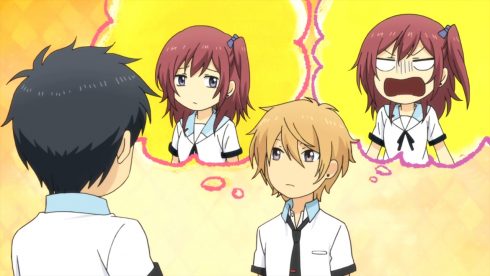 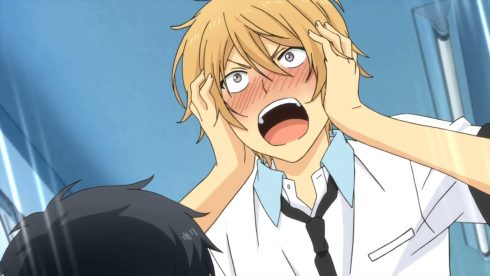 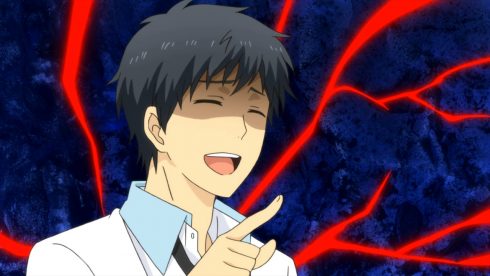 The focus for most of the episode was on Kariu and Oga though. There hasn’t been many signs of Oga thinking that much about romance and honestly I don’t think anything would have happened without a great deal of prodding by Arata. I don’t think it’s necessarily a bad thing to get that involved since honestly without help Oga would just miss out on an opportunity to gain a bit of extra happiness in his life. He has had some good banter with Kariu at points in the show and certainly does care about what happens to her. It’s just that he hasn’t really thought about whether or not he’d like to pursue a relationship or not.

Sometimes you do need a friend who will ask you some questions and make you consider what should be done. And at the very least Arata wasn’t constantly name dropping Kariu. If that was the case then you really could argue that none of it came from Oga himself. Instead it was just pushing him to think a little and Kariu was the one who popped up. Now he doesn’t have that big a social circle to be sure, but it could have leaned towards Hishiro in that case. But there really wasn’t a doubt about who he had on his mind. 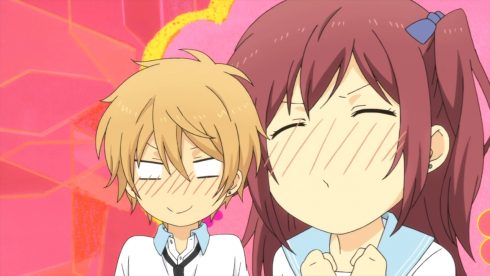 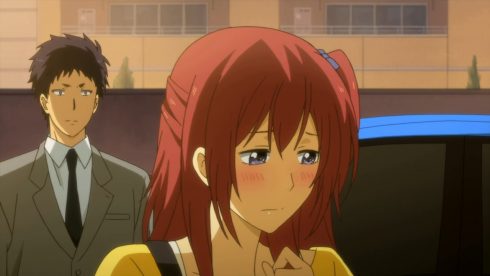 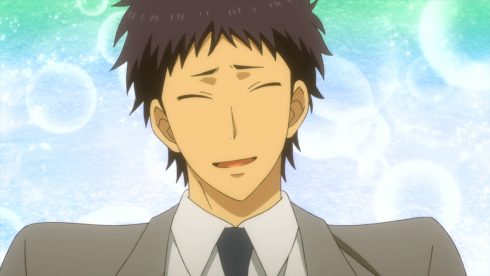 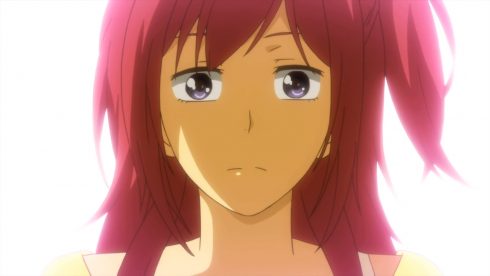 The fun bit came later when Oga got the exact kind of push he needed to figure out his feelings a little. The situation played out pretty smoothly when the new employee at Arata’s old company showed up with Kariu. It was of course a situation that seemed very strange to both parties. Arata knows that Kariu is in love with Oga so of course she wasn’t going out with this guy, but it seemed weird that they would be together. It was actually a dangerous situation for Arata who couldn’t let that guy see him. If he recognized Arata then the ReLife would be a failure. That is a legitimate reason to freeze up. Just on the off chance that something bad could happen he would have been in a lose/lose scenario there. Either something bad could happen or he could lose all his memories of what had gone on here.

Luckily the guy was exactly what we thought and he was just trying to help Kariu out. Heat stroke can be a real threat and I respect the guy for not being able to just ignore someone in distress because it might look strange to people passing by. Also good that Oga found the guts to rush out there even without knowing the situation, because he did care what happened to Kariu. It might have been nothing, but honestly I don’t think he was thinking about whether it was nothing or not. He was just looking out for her. And that finally lead to him getting a breakthrough. Yoake was right though. If Oga had no feelings anywhere for Kariu, then pushing things was no choice. Would it matter if he could tell she was in love with him if he wasn’t feeling the same way? No. It’d just be terrible for Kariu. 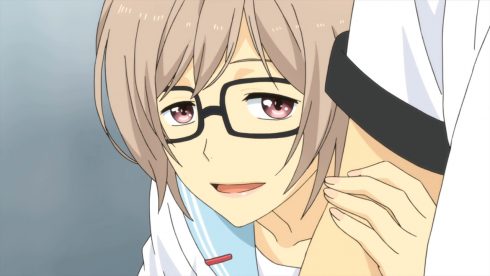 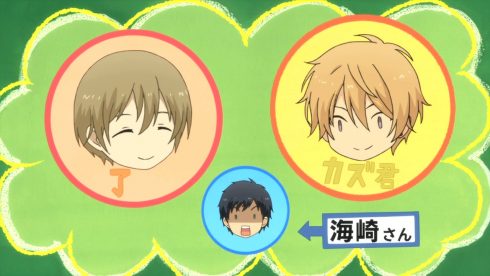 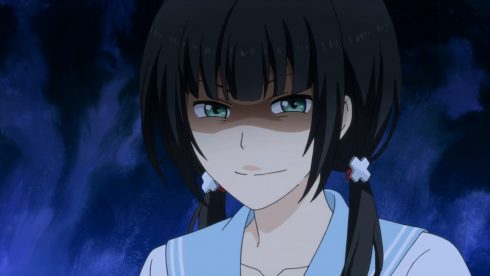 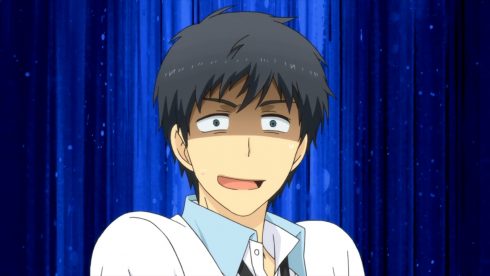 Seeing a jealous and even pissed Hishiro at points in this episode was cute. One thing I think is a shame with the adaptation is that little moments had to be pushed aside for the sake of keeping the narrative tight and moving along. Only now do we really get the idea that Hishiro doesn’t care for An or how much time she spends with Arata. Understandable since she does push herself close to him regularly and interact with him a lot. This is a case where I don’t think she cares about remembering An’s name, she just doesn’t like her XD. How she reacted later about Arata being good with girls was hilarious. Arata definitely never expected that kind of expression in that situation. She was just pissed and very displeased in general. Putting the guy on the spot to handle this mess.

I do like as well how those two are pushing Arata. It’s a complicated situation. He isn’t a student and I get why he would be hesitant. It’s one thing to have a lot of friends in this ReLife. Sure, they will forget him but you always have a few friends you can’t quite remember from school. But a romantic relationship just feels far more dangerous. Getting involved with someone to that depth and having feelings shared by both sides only to have those memories ripped away? Taking away the first love of some girl so he can be happy for a bit? Is that really ok? I don’t think Arata feels it is. Even though he clearly is building feelings for Hishiro with time passing, himself jealous that she uses the first names of other guys and not his own. Sure it doesn’t mean anything since she just calls someone whatever they ask from her, but it still understandably bugs Arata. 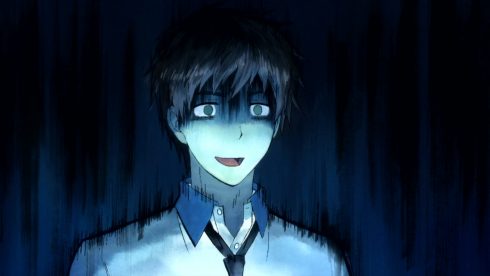 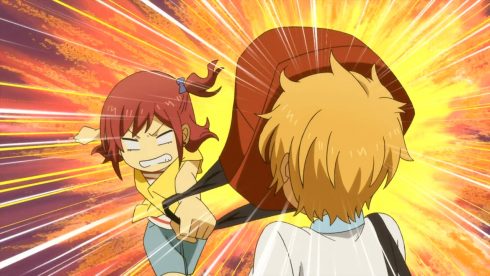 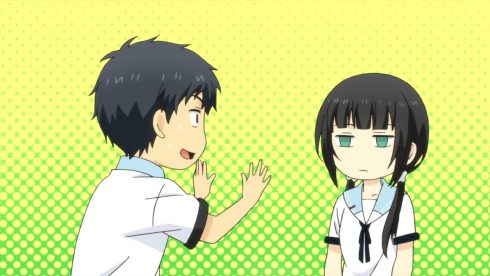 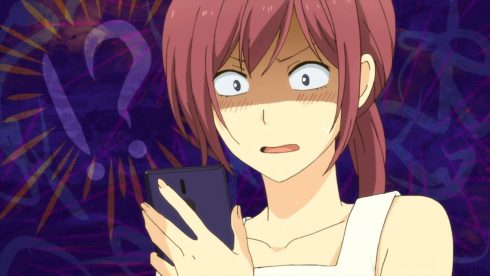 I can’t complain in the least though with how a lot of this turned out. The push for Oga once he realized his feelings to take action. There really isn’t any point in sitting on this. The summer is ongoing here and this is their third year. Plus he might be going to another school. Now is the time to take action! He needs to settle things one way or the other or this chance may just slip by him. If nothing else looking at a group of people either inept or unwilling to get into relationships should show Oga that sitting around won’t do him any good. He’ll end up like these people!

And here we are actually moving into the last episode. Oga and Kariu are headed straight on into a confession situation and Arata is left even more conflicted about what he should do than ever. He’s dealt with a lot of his concerns, but the more time he spends with these people and especially Hishiro…the harder it gets. You want them to spend more time together, but it is hard when you think that all memories could fade and it will be a kind of doomed romance. Not sure where to draw the line there. But, let us see how things work out during this marathon of ReLife watching and posting!