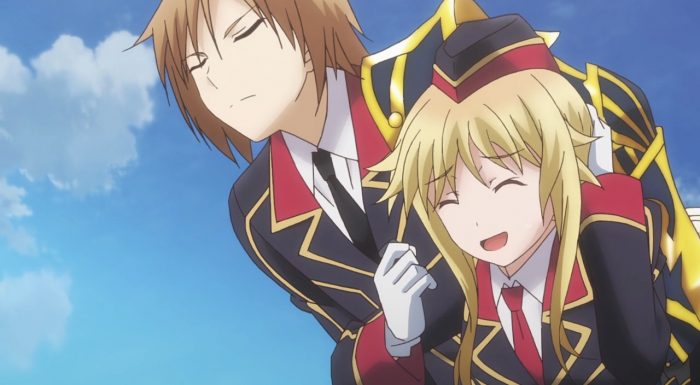 If I can say anything for the premiere of Qualidea Code is that it was pretty fun. Honestly, there have been so many “school battle” shows over the past few years that just being fun is a pretty big accomplishment. It doesn’t feel like a harem series either which personally I’m ok with. While the show does seem to draw a lot from existing storylines and tropes, it does use them pretty well and makes for an enjoyable first episode. This was hardly an episode that blew me away, but it was one that I certainly enjoyed and want to see more of. Should be a nice and decent show in a season that has a lot of series you could be watching. 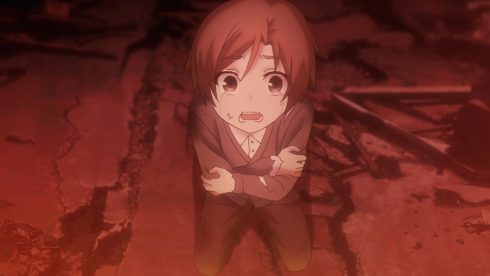 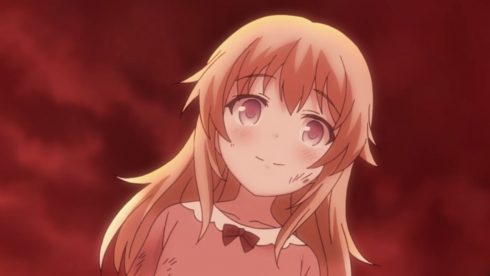 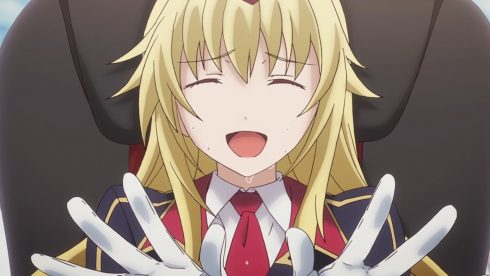 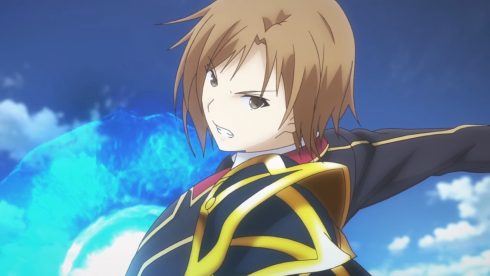 The MC really is entertaining in a sense. Suzaku may be a jerk in some ways, but he is still fun to watch. Extremely confident and cocky, but he does actually put his all into getting the job done. It’s not like he’s slacking off out there. And despite the attitude he takes remarkable care of his childhood friend Canaria. Pretty well on point whenever she needs anything, from a drink when she’s about to choke….to her clothes. Kind of remarkable in a sense how casual that changing scene was. He just kept handing over packaged items that she needed, including her hair dryer XD. He may have that attitude, but he certainly pays attention. Canaria is a bit of a silly character, but she is a friendly person. Is most certainly the reason why their respective school holds up at all. Canaria keeps everything going smoothly with a positive outlook.

Kind of some interesting character dynamics with those two. Technically they are the same age, but when they were kids she was definitely the older sister type. Kind of funny how she used to take care of him, but now he’s basically looking after her and that age gap has vanished. An unusual side effect of the fact that all these kids went into cold sleep for a time as per the summary. Still friends, but some things have certainly changed as a result. 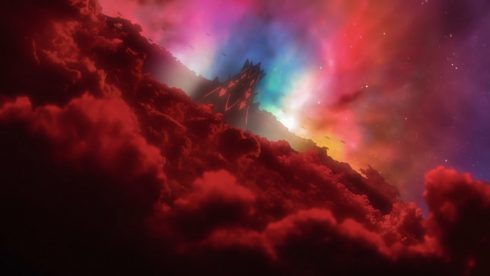 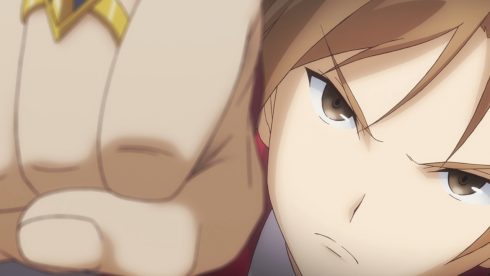 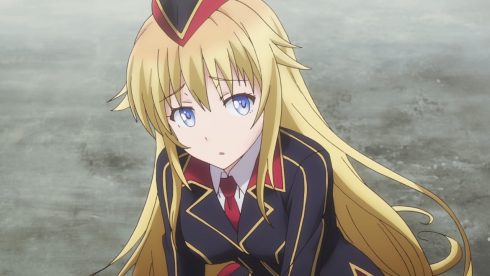 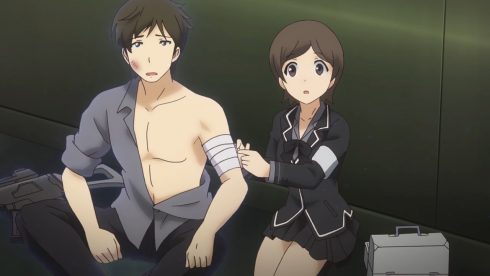 The situation for the students and for the world is kind of interesting. The whole point system seems like a terrible idea to me. Sure, it motivates people to work hard and improve…but shouldn’t the world being at stake do that anyways? I’m not saying everyone is like Tenkawa, but people should be fired up enough if you just pay them a standardized salary. You run the risk of what we saw in this episode, people bickering and fighting while they should be taking on the enemy.

The other unusual thing is the setup where these kids have been in cold sleep for a fair amount of time in the past. Where all these kids during the initial invasion by these unknown enemies were put into cold sleep and woke up with abilities that would allow them to fight back. I’m going to presume there was experimentation involved, but you never know. It does make sense why someone like Suzaku is actually quite respectful to adults. If it wasn’t for their efforts and sacrifice he would have been killed in cold sleep and never had the chance to make his own stand. 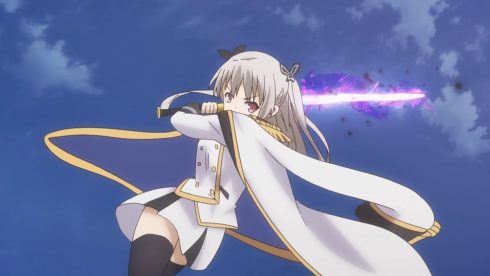 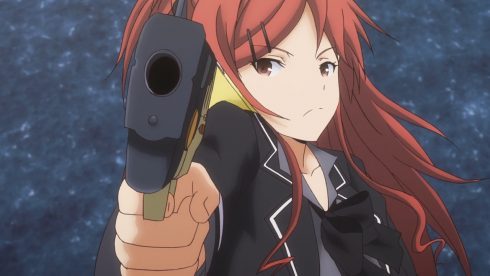 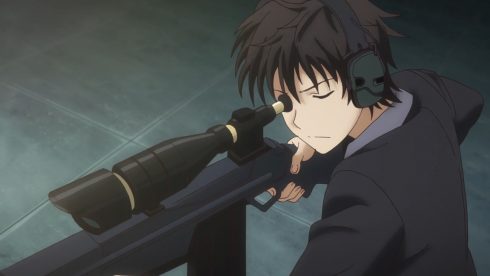 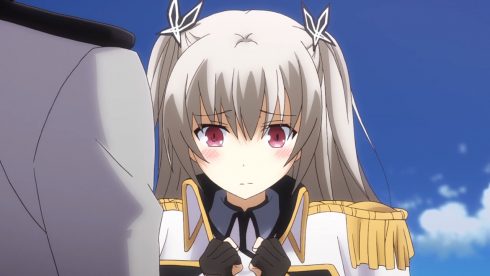 The rest of the cast is full of the kind of quirky people you might expect. But all of them have a fair amount of personality to them. Of course Tenkawa is certainly the most MC-like with her desire to help people, not really being competitive, but kind of being an idiot who can cause serious damage. It’s not even close when comparing her ability to the rest. She’s outclassing everyone in terms of points. The show is setup so each region has a head student and an assistant. The assistant for Tenkawa is Hotaru. Seems like the kind of person who is responsible, on her job, but is also a bit too in love with Tenkawa XD.

Not quite sure what to make of Asuha at this point. Is actually the second ranked student behind Tenkawa (well behind, but still second place) but seems pretty relaxed. She gets the job done and doesn’t quite let things shake her up. Her brother is apparently her subordinate and he’s basically the easier one to categorize. The type that seems lazy, but seems to make a dedicated effort to score worse than his ability would dictate. As if it was his own kind of rebellion against the system to intentionally do as poorly as possible. 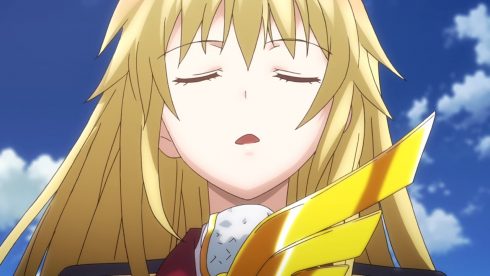 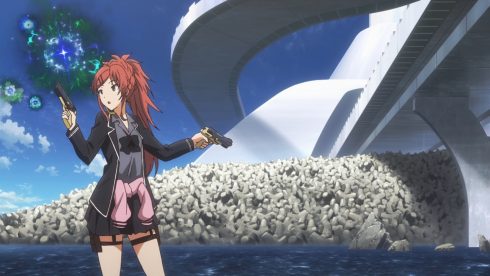 Overall, I enjoyed the first episode here. I don’t think it was the most amazing first episode of the season by any stretch though. Have enough on my plate that I can’t actually pick it up either. However, it was good enough to be worth talking about and giving it a first look seemed right. I’ll certainly keep an eye on this one and hope it keeps a high enough level of entertainment for the whole season. An interesting enough spin on the premise of the world being invaded and teenagers fighting back.