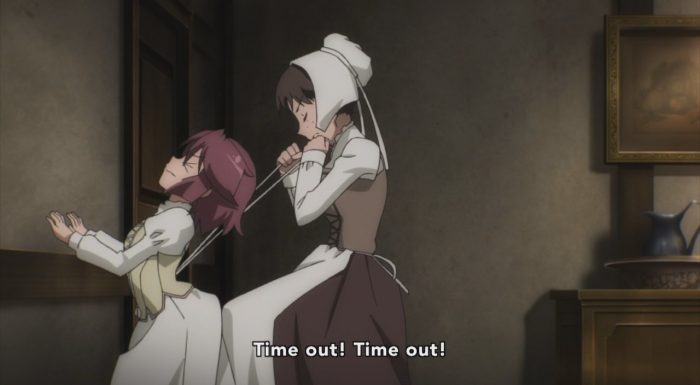 ^ How I felt trying to make certain aspects of this post work through the software’s posting restrictions. 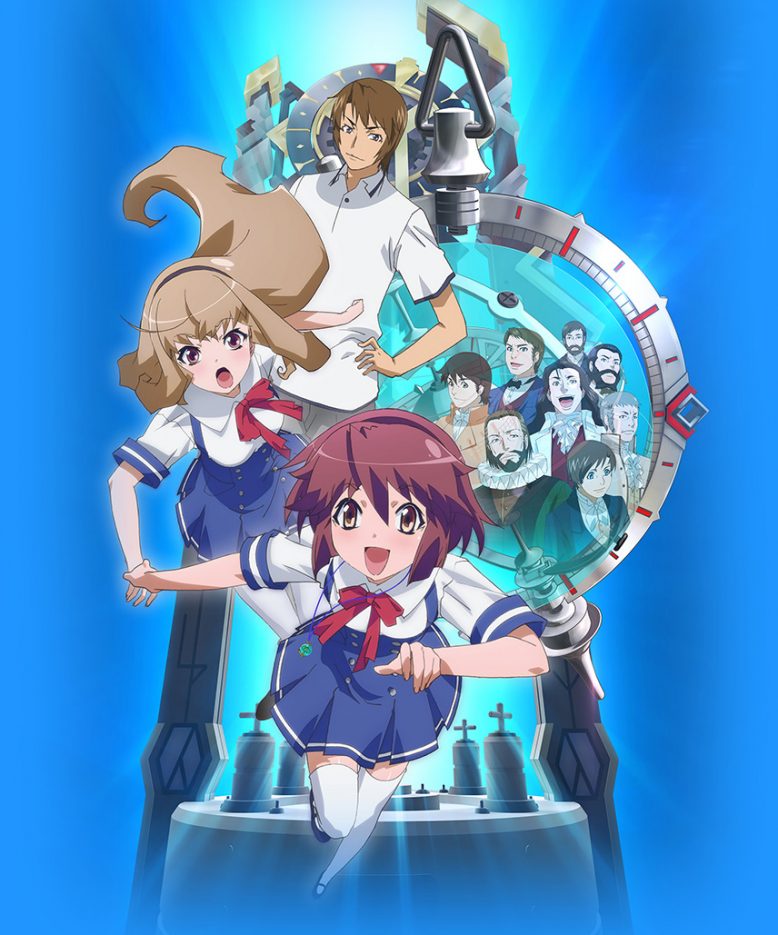 After accidentally discoving the power of time travel, Hayase Mari and Mizuki Waka shall call upon the power of 8 suspiciously bishounen scientists from centuries in the past to help the two of them learn science! …And maybe try to track down Mari’s missing father. You know, assuming they don’t have anything else important to do.

Sometimes an anime comes along where you just don’t know what to expect from it ahead of time. This series (whose long name is given to us in English as Time Travel Girl: Mari, Waka and the 8 Scientists, and which will forevermore in this review be referred to simply as Time Travel Shoujo) was one such series for me. There was very little discussion of it, at least in places where I frequent, and only a single trailer, but something about it caught my attention, and so I took it upon myself to see what there was to see. 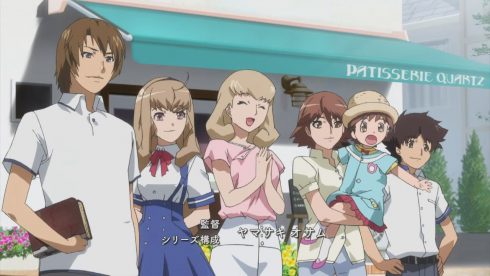 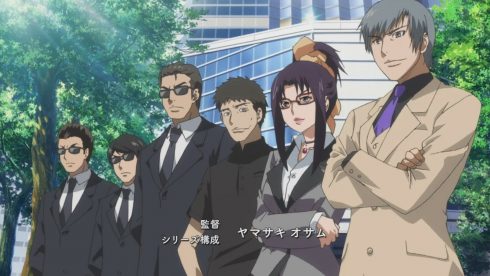 The first thing you’re likely to notice about Time Travel Shoujo is the character designs. This is not a modern look. There is something very “retro” about almost everyone’s appearance. In fact, despite certain anime stylings on the characters, the designs keep reminding me of some western cartoons, from a decade or two (or maybe more) ago. It’s a curious design choice, but it draws attention, at least. 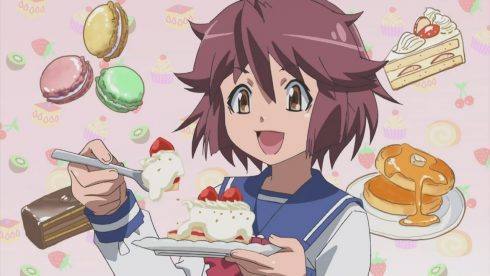 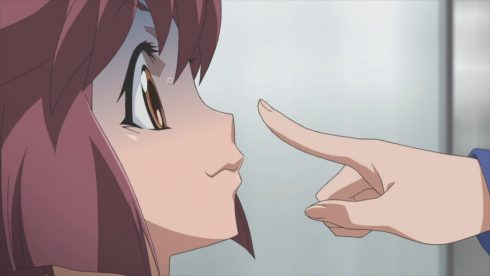 Time Travel Shoujo focuses on one Hayase Mari. With a world-famous scientist for a father, and a patissiere for a mother, she undoubtedly had a fairly diverse set of influences on her as she was growing up. She clearly takes more after her mother, with refined tastes able to quickly identify ingredients in baked goods, and a reputation among her classmates as a skilled baker. The reason, perhaps, for this one-sided influence quickly becomes apparent when we learn that her father has a tendency to disappear on long business trips with short notice. As of this first episode, he’s been gone for three years without any word. 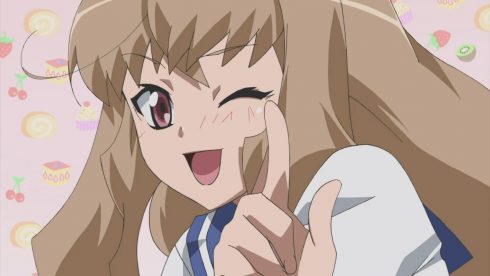 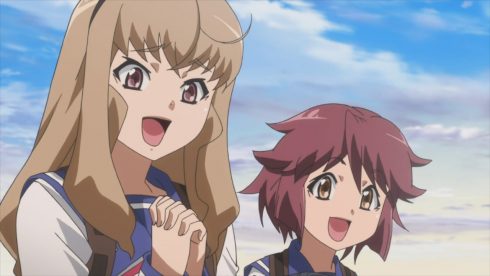 Next we meet Mizuki Waka: Mari’s classmate, friend, and co-star according to the title. She’s the smart girl in class, acing her tests, as opposed to Mari who, apparently, writes down whatever happens to cross her mind and is bringing home miserable scores. Waka also has a crush on their fellow classmate and friend Futa, whose birthday is the next day, and she enlists Mari’s help in trying to bake a special cake for him. 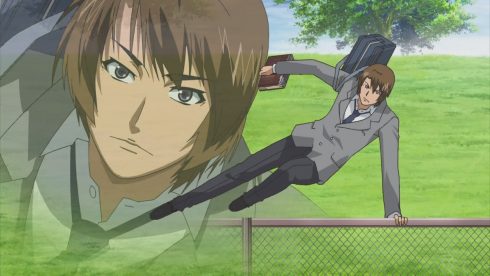 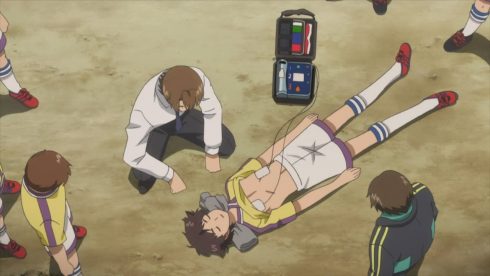 The third and probably final member of our protagonists’ team is Waka’s older brother Shun. He’s the cool, competant, highly intelligent type, and for his introduction he saves the life of Futa, Waka’s crush, when no one else knew what to do. In the process he pretty much cemented his archetype as the character who’s going to take action and solve problems while everyone else either messes up, or stands around helplessly. On the other hand, he isn’t being billed in the title as one of the main characters, so however helpful he may be, presumably Mari and Waka are going to have to handle things on their own at some point. 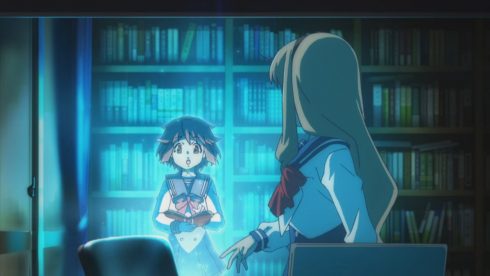 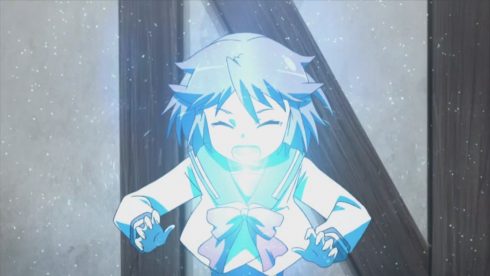 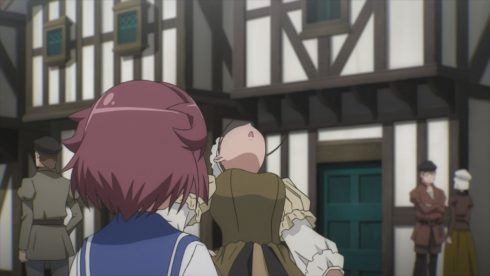 So, on to the main point: time travel. Before he disappeared, Mari’s missing father gave her a special pendant, an armillary compass, which he told her would always guide her even if he was gone. While Mari’s looking through an old book on the history of magnets and electricity in Shun’s room with Waka, the compass suddenly lights up, envelopes Mari in a green glow, and she disappears. And instant later, from her perspective, she finds herself in the year 1600 in London, where she quickly meets the physician and physicist William Gilbert, whose chapter she just happened to have been looking at in the book at the moment she disappeared. 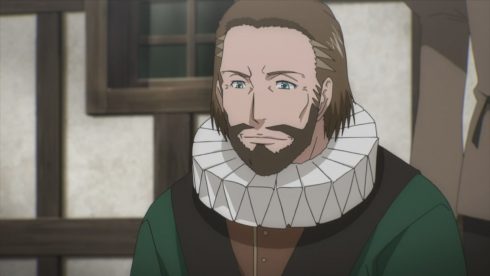 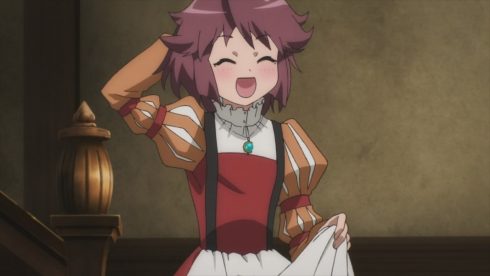 William Gilbert is the first of the scientists Mari will be dealing with, and he’s working on figuring out why compasses point north. And this is where Mari cements her role in the story. She is the person who doesn’t know the answers, who will always ask “Gee doctor, why does that work that way?”, the person who will provide the scientists a reason to give exposition about science. In this case Mari doesn’t know why compasses always point north: she just knows that they do, and that it’s common knowledge that they do. As a result, she gets to go along with William Gilbert as he will do SCIENCE to figure it out, and it will be explained to her and to viewers alike. 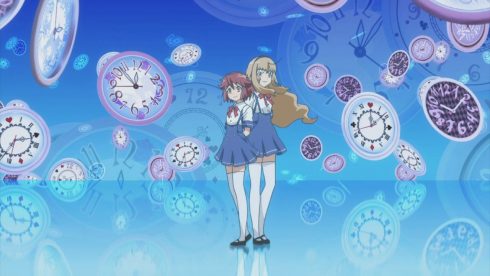 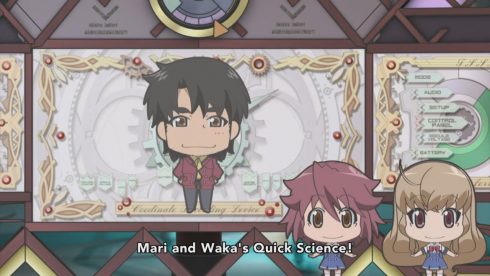 So, after having given it a look, what we have here appears to be an educational cartoon aimed at teaching science to younger audiences, with enough of a plot wrapped around it to keep things interesting so kids don’t just shut off the TV when this comes on. That said, the plot itself seems interesting enough that I’m willing to watch more, and I’m curious as to how things are going to turn out for these characters. There are indications of some mysterious group hunting for Mari’s father to try to capture him, so our heroes could be in for some trouble in the future.

If I had to give this a rating… somewhere in the C+ to B- range, I suppose. 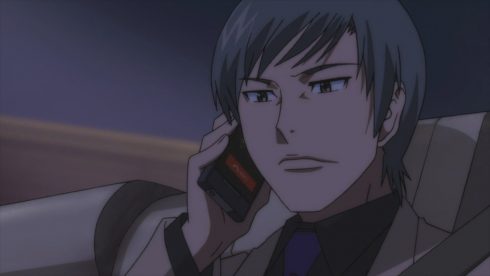 A suspicious man takes a suspicious phone call where he suspiciously talks about doing suspicious things for suspicious reasons. I’m sure this won’t be anything important.