In the end things worked out alright. It was tough going and honestly if there hadn’t been some extreme efforts on the part of Hishiro things wouldn’t have turned out like this. Sometimes you really do need to give people the push they need or they’ll hesitate and miss out on something that will leave nothing but regrets. Stubbornness can really just eat you up at times. Even when all sides agree on something, if someone doesn’t make a push then nothing will happen. 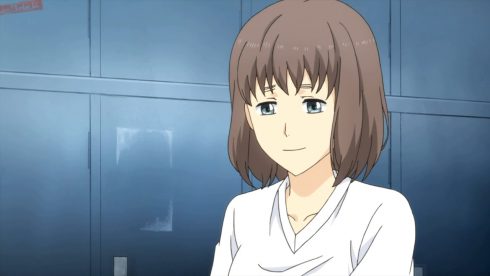 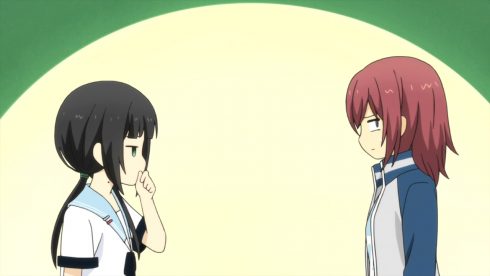 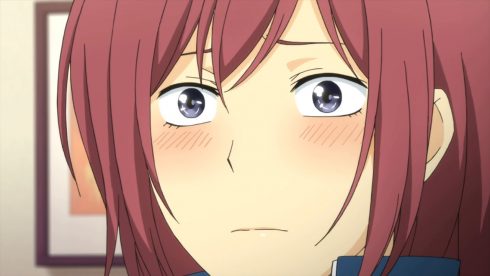 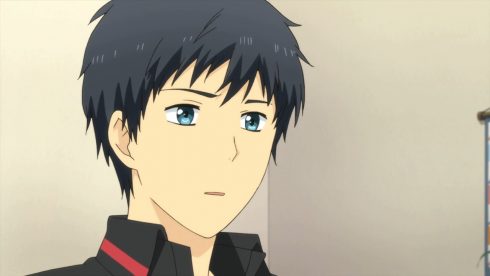 In some ways it is remarkable how everyone was worried about being too selfish and that just caused the most trouble. Kariu didn’t want to be selfish and impose herself on the team when she wasn’t going to be at her best and after she’d ripped into her friend. Then you had Honoka who also didn’t want to be selfish. She wanted desperately to play in their last games together, wanting to play with the person who pushed her to be her best and made playing that game so much fun. And Hishiro also held back for a while on being too selfish. She wanted to see her friends play in that game, she wanted to see them getting along again and wanted to just share lunch with them again. Hishiro was right that everyone has selfish wishes here and this is one time that they were all on the same page. So why not be selfish when everyone is ok with that and is equally selfish in wanting it to happen?

It did require a pretty hard push to break down the iron wall of Kariu though. There’s no doubt that this wasn’t going anywhere if some good kind of pushing was invested. Pushing by someone who actually did care about Kariu and Honoka and wanted the best for the both of them. This is one time where sitting by would actually make things worse. Kariu wanted to go, but needed someone to push her to go. Someone just to tell her to stop being stubborn and do what she wanted to do. Not acting for their interests, but telling Kariu to act for her own interest. Hishiro knows well that sitting alone is horrible and lonely. She’s been there and doesn’t want that for her friends who only need to reach out for each other in order to find what they are looking for. 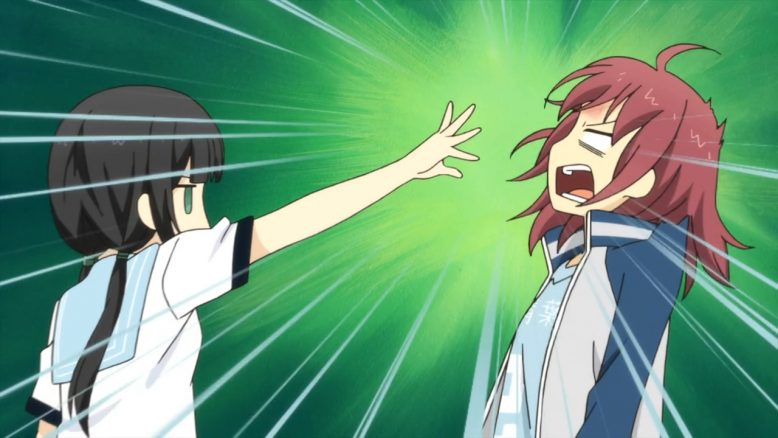 This was really a highlight for Hishiro. Arata being there basically was all that was needed. He gave some good words to Kariu about accepting help and that was about it. And he was definitely right. It can be hard for people who are struggling to accept kindness. It can be frustrating, annoying and feel like the other person can’t understand how you feel right now and you wish they’d stop. But, you can’t turn away from those that really care about you. They may not fully understand you, but they still care and that’s worth something. And again Hishiro followed it up beautifully. Aren’t you allowed to care about your friend? Do you need to share in their experience and pain in order to be allowed to care about them? Honestly sharing the pain that another is feeling…isn’t that great. You don’t need two miserable people to find the solution.

And it worked out alright. Yeah, they lost but it was fine. In the end even if Kariu was there from the start they probably still lose. She wasn’t at 100% and there was no getting away from that. I doubt Honoka was really in her best game shape due to all that happened either. Now, I do think they had more of a chance of winning if Kariu had been there from the start. Maybe they’d have had time for Honoka and the team to rally together. And really it just shows that you don’t always get the storybook ending. The important thing was playing the game together and winning back their friendship. That’s all they truly needed and they got that. And it’s true enough…if they go to the same university then they can keep playing. Getting their friendship back means there is always a future. 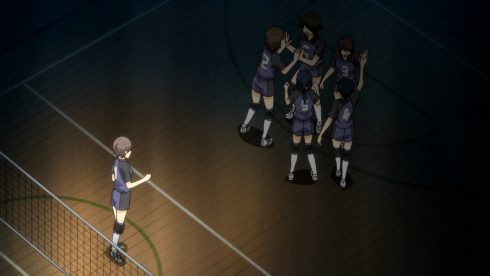 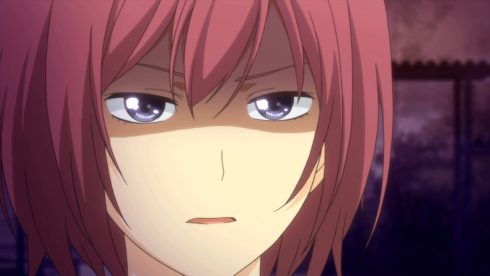 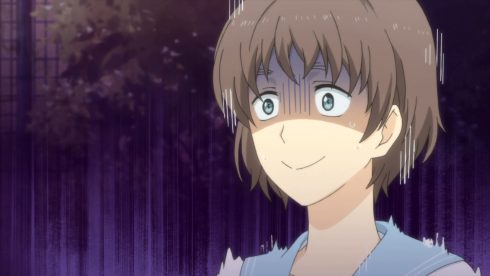 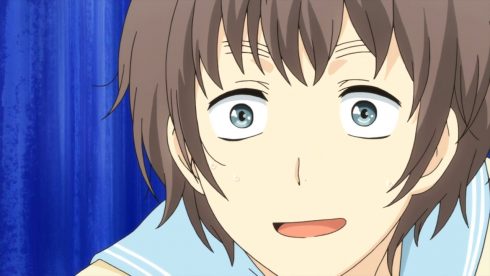 We certainly got the picture about Honoka’s background and why this all mattered so much. It was as you would imagine…her life as a star athlete has kind of sucked. She was never in a great environment to grow. I do wonder if everyone really does suck this much in athletics or if she just got unlucky. Are prodigies this hated by their classmates? Personally I only had some annoyance with those who were ungodly gifted at both sports and academics XD. I know Honoka outshone people, but shouldn’t there be some people on the team who appreciate having a star on the squad? Who are just happy to play along someone with some great skill even if they aren’t as good? Why did everyone around her just plain suck?

I don’t know, but in the end it never worked out well. The best she really got was Kariu when in high school. Someone who encouraged her to be her best and wanted to be her rival. Kariu never caught her, but she allowed Honoka to enjoy what she was doing. I think if there is anything good you can say about Kariu is that she fosters growth in her rivals. She pushes them to be their best and doesn’t want them to slack off. That’s not a bad thing. 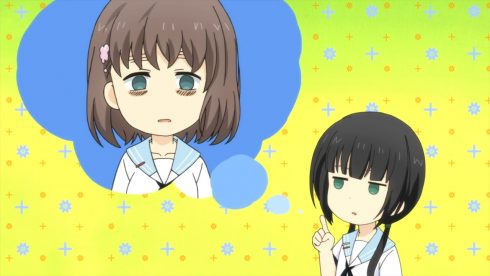 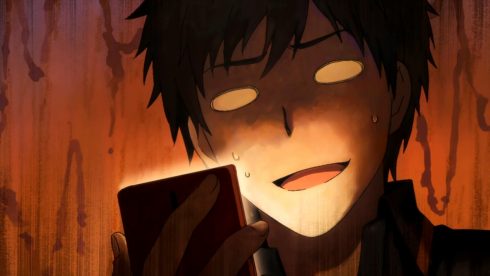 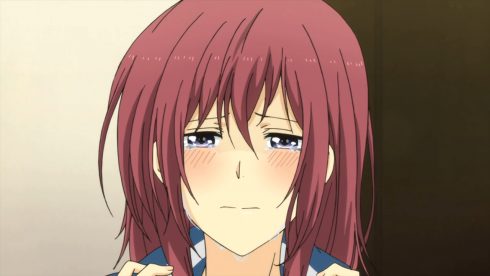 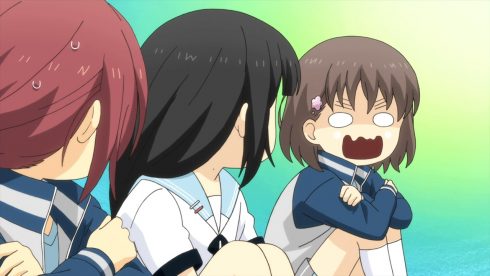 I’m just glad this all worked out ok. It was pretty sad seeing things be so darn negative. This show is really good at hitting people with conflicts that actually make sense. Rivalries can be tentative things. People do get hurt and friendships can be frayed before you know it. And truly I think that sometimes people can be their worse enemies and need people who care about them to encourage them to seek out what they truly want. I think we all need a friend as tenacious as Hishiro was in this episode. She knows her flaws, but she still cares and will take action. There are just things we can’t deal with alone. People need other people, not necessarily all the time but definitely when they hit their low points. I definitely enjoyed this episode and look forward to talking about the rest of the show.