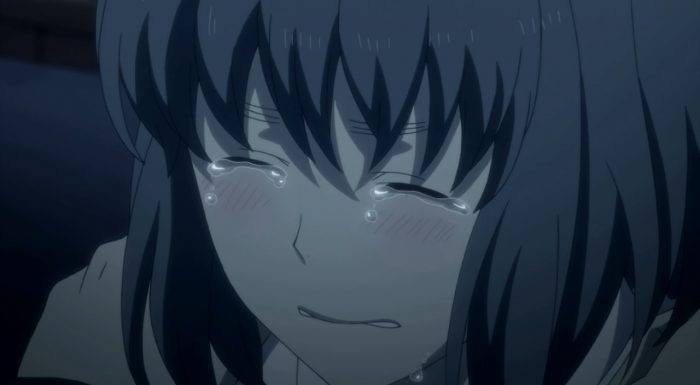 And we’ve transitioned right back into the negative zone. Things were looking a bit too cheerful after all XD. It makes you wonder who the main character in this show is since the focus goes right back to Kariu after the last big situation really surrounded her as well. Not that this one is really as much her fault as the previous incident. In a sense I kind of feel bad for Kariu considering it isn’t that long since the Hishiro incident that she gets into yet another tough situation that yet again causes nothing but harm to her and those around her. Maybe it’s the consequence of being an aggressive person in general or just her bad luck that the story has decided to focus heavily on causing her more trouble. 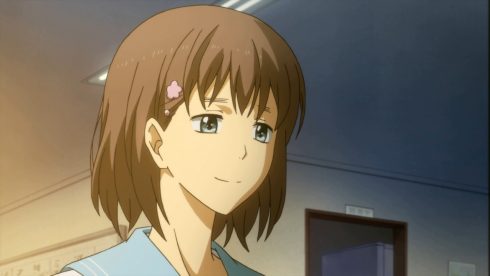 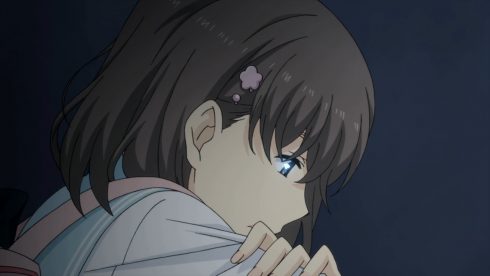 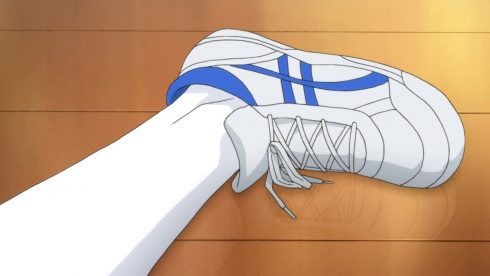 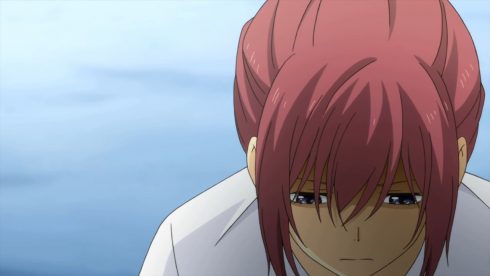 In terms of the situation I don’t feel like it was unreasonable for Kariu to be upset. I can only imagine how important a major and last competition for an athlete is. This was Kariu’s last competition with the team and ironically Honoka. The reason that drove Honoka to hurry back to the team is comparable to the reason that Kariu is so upset about getting hurt at this point. Losing the chance to compete with her friend has to hurt. All the more so since we know Kariu is a competitive person in general, she wanted to go into this competition and try to win it all. They didn’t have a great team, but that didn’t mean she wasn’t going to try and go for the top. Someone like Kariu is wired to compete and not having that option is just a gut punch. 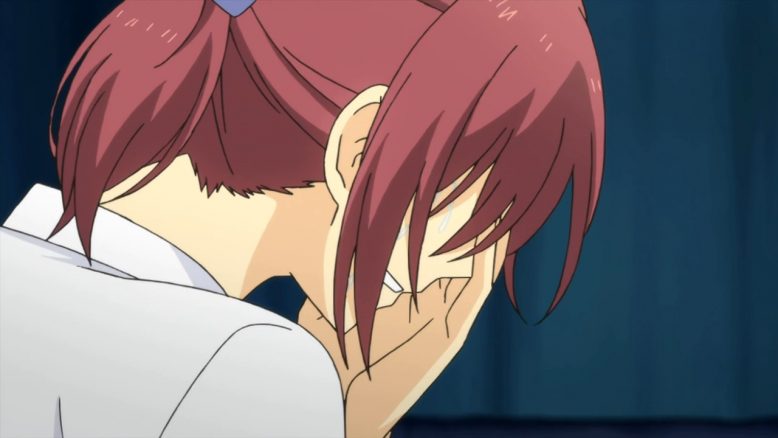 Sometimes it feels like life won’t stop kicking you down

Certainly it’s possible that Kariu could come back in time. But, I think she looked at it and didn’t see the option. Now to be fair Kariu can be pretty pessimistic about some things, but she might have some point as well. Her condition and ability is fueled by her constant and daily practice. Losing 2 weeks of practice and having to sit on her hands is going to leave her pretty rusty by the time she’s able to come back. In the best case scenario she’s healed in the 2 weeks, but doesn’t have time to get into game shape. Now whether she’s right about not being able to play either way is another thing entirely. Kariu is the vice-captain for good reason and is certainly the second best player on that team by far. I don’t know about volleyball, but I think most sports would leap at getting their vice-captain back on the field even if they were only at 70 or 80%.

Though maybe Kariu has a point. We saw how aggressive the coach of their team was towards Honoka. Would she be that way with Kariu? Honoka is certainly an extreme talent as an athlete and also tends to pull back because of her past. Have to wonder if Kariu has ever gotten that kind of push by the coach and told just how important she is to the team? It seems clear that Kariu has a lot of respect from her teammates, but whether it’s clear to her how important she is to the team is hard to say. In the end Kariu did go too far, but it’s something said in the heat of the moment that is fairly understandable. In that situation it’s somewhat remarkable that she didn’t immediately blow up but instead tried to bite down on it. 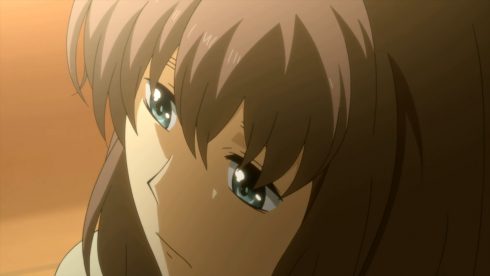 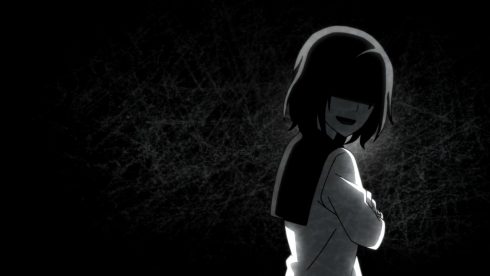 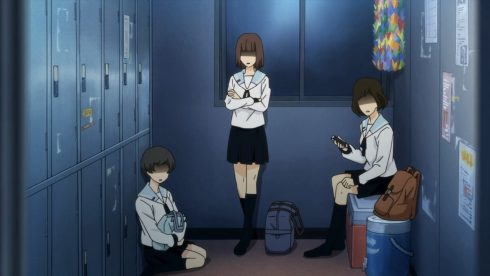 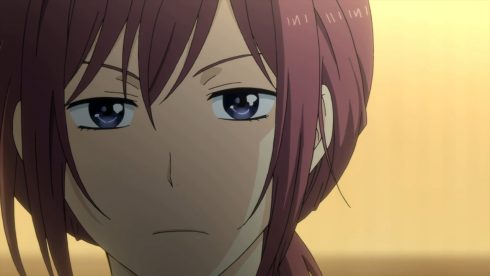 In the end things turned out pretty ugly there and it’s just frustrating why it did. Honoka wasn’t in the best condition to practice and probably should have taken the day off after probably staying up late grinding for that test. But she wanted to get back to practice because playing with the team has meant so much to her. She worked hard so she could get back to it and play with her friend. But the end result was that she was exhausted and caused her friend harm. Of course it was an accident, but that doesn’t take away the harm or how much both parties are hurt. Kariu of course upset about what happened to her, but Honoka upset about that and the fact that it was her action that caused it. Of course Kariu tried to take responsibility onto herself, though wasn’t calm enough to do much to comfort her friend.

Just an uncomfortable situation. And it just hits home some of the personal trauma that Honoka has gone through. Can tell that she didn’t have a great time with her previous team. Probably going all out and being so amazing that her competitive teammates all hated her for being so much better. I suppose you could say they weren’t going to get far if they couldn’t at least approach it like Kariu. Sure be a bit frustrated and jealous, but then just make sure you aren’t losing in terms of effort. Do your best and try to climb that wall, don’t be defeated by it. Instead they just made Honoka feel like trash and hate being part of the volleyball team. It’s no wonder she went to a school with a bad one. I doubt it was just that her friends were going there too. 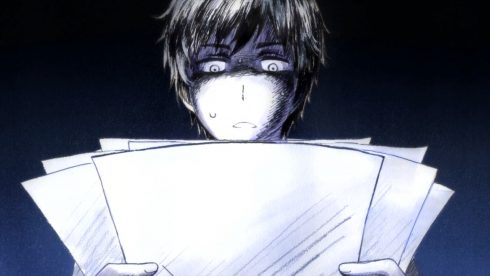 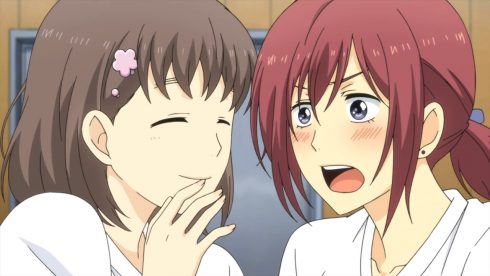 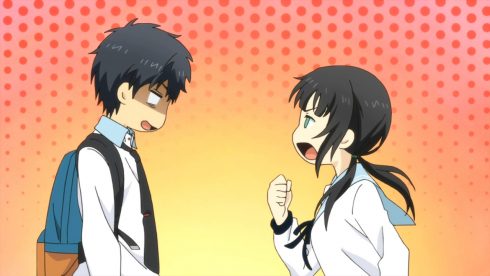 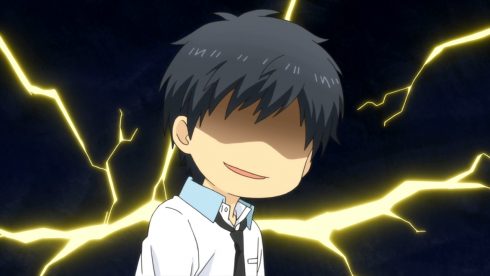 The thing right now is that this incident is completely disconnected from Arata. He doesn’t know it is going on. He’s more concerned about his test results and needing to continue fighting the red marks. Of course I don’t think he failed all of them this time so that is progress. The problem in some ways is that he’s so busy trying to catch up that he isn’t able to prepare for the future tests. But, if he buckles down he should catch up faster than he did last time. It is a good sign that he is changing and not running away from that challenge. Not giving up on improving, but instead doing all he can to pass and overcome his defeat. Going to be interesting when he finds out what is going on. It’s going to be another challenge for him in terms of getting involved. Should be interesting to watch.