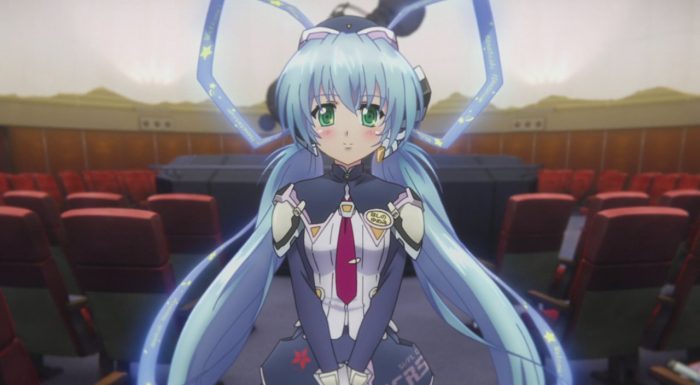 The source material for the Planetarian OVAs (of which there will be five as well as a movie based on a side story of the source itself) has long been held up as one of the most powerful visual novels Key has ever published, as well as one of the darkest setting-wise and also one of the most moving. Many have thought that it (technically a “kinetic” visual novel, as the dialogue does not have a lot of branches or routes the reader can choose from) was especially good material for an anime adaptation as well, and when an anime adaptation for it was announced in early Spring of this year many were filled with anticipation, even ecstatic. Apparently fans of the novel had been asking for an anime of it for years. 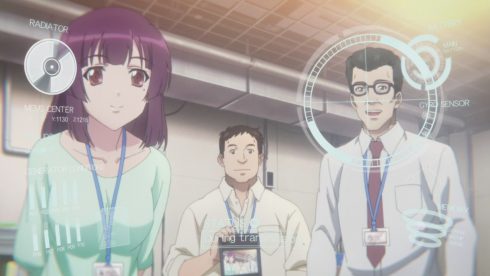 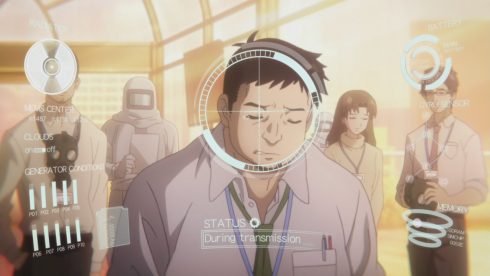 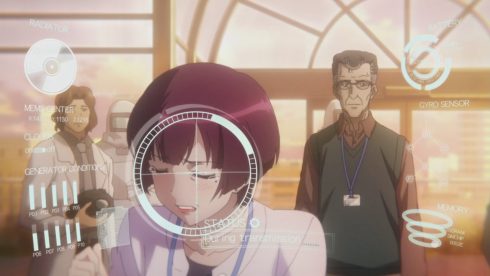 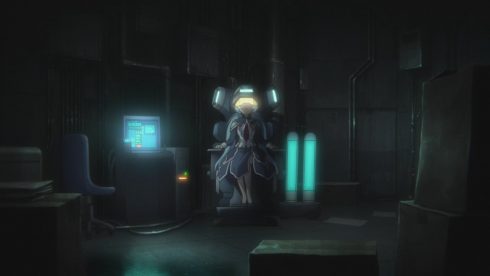 First things first. This is indeed a very bleak series, and one that is heartbreaking. If you do not like tragic stories … well … this one packs a heavy punch. The setting itself is a post-apocalyptic one. Some sort of devastating wars have obviously taken place, and not that long ago from when the story begins (perhaps 25-30 years or so?), and technology before the war appears to have advanced quite a bit – particularly in the realm of robotics. Humans seem to be rather scarce and the cities mostly uninhabited and falling into ruin. The humans that brave the city streets (there are robots roaming around that seem intent on killing humans) for supplies or anything that is useful or perhaps still undamaged or unspoiled appear be called “junkers”, and the main character is one of them. 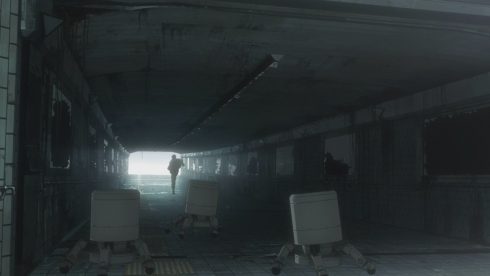 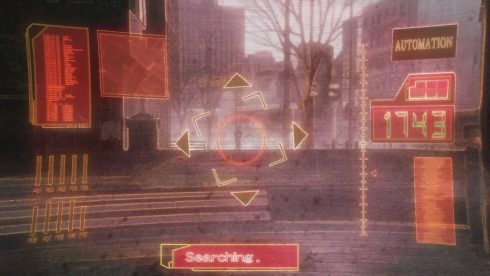 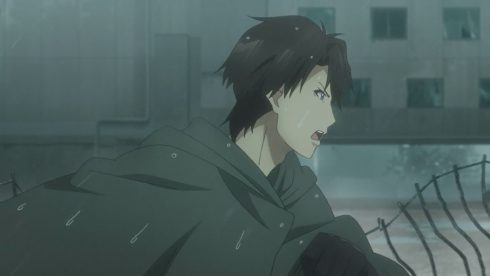 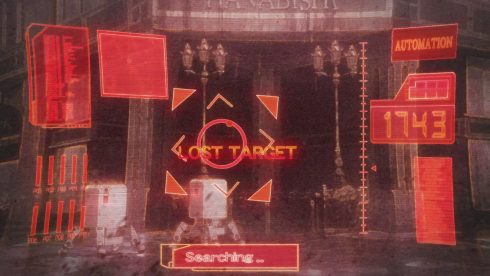 The story itself has a brief beginning from the perspective of a robot that has been named Hoshino Yumemi as the result of a vote or a poll or some such – we are given glimpses of three short snippets of time: when she first activates, when her creators mention that “they have to go away” and are weeping (while one of them is holding a gas mask – perhaps it is at the  beginning of the war?), and the third time is when she “activates” on her own, presumably many years after she was shut down before the war. The scenes then switch to the Junker, who is fleeing pursuit by a trio of killer robots and just barely manages to evade them by hiding in a tall building he guesses might have been used for some kind of military purpose. 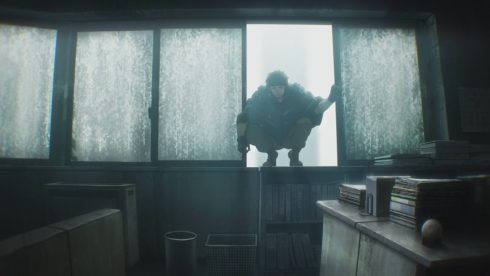 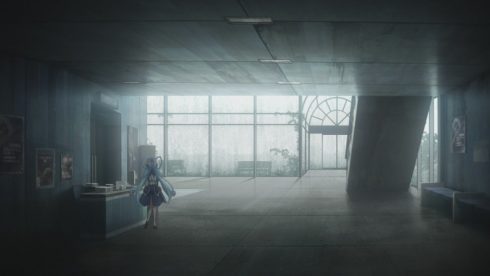 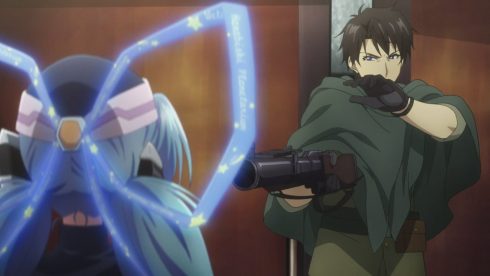 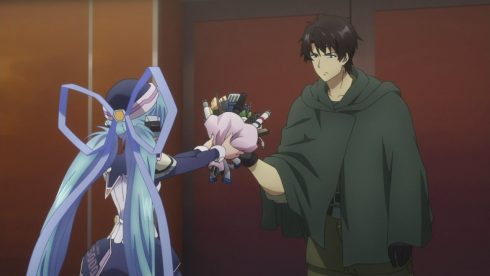 It is while exploring the building that the Junker stumbles across Yumemi. Yumemi appears to be a robot who was designed to be a guide, attendant and official presenter of astronomy based presentations in a planetarium on top of the building the Junker took refuge in, which appears to be a shopping mall or center of some sort. Yumemi, while being a robot (and admitting as much when asked) appears to be delighted that a human has finally appeared and she is able to perform her main functions. But we quickly begin to feel that there is something … more to Yumemi. Yes, she is a robot, but there seems to be aspects about her that make parts of her closer to the borders of what seems to be a human than we might think. And apparently the Junker, despite all his gruff and curt demeanor (unsurprisingly adopted to just survive in the hellish dystopian setting the world seems to be in) seems to sense something too. The first episode is dedicated to the Yumemi and the Junker meeting and beginning to interact while beginning to build the world the story takes place in. 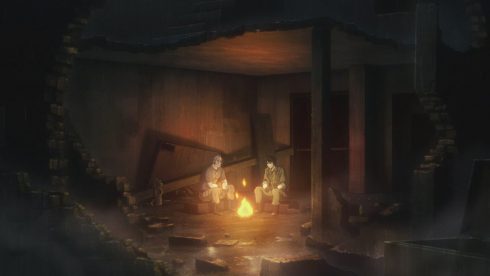 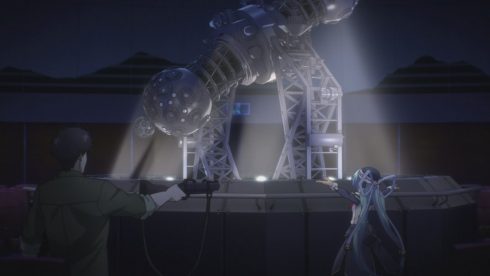 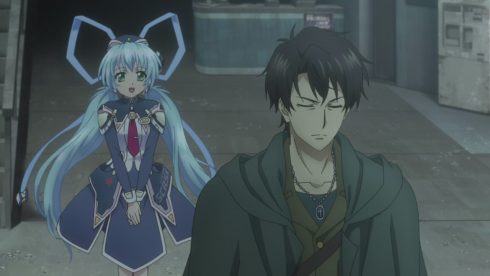 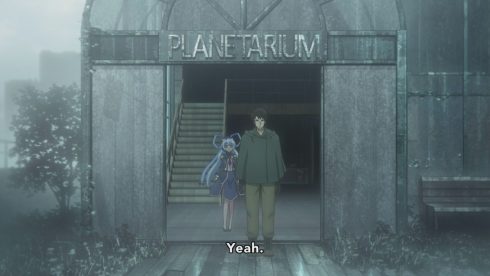 Just gotta say that I thought the episode was absolutely fantastic in terms of production quality on many levels – kudos on almost every front from me. The end of the episode had an ED that sounded nice but had visuals I felt were a bit out of place, but other than that minor nitpick everything else seemed wonderful – the studio seems to be doing an excellent job here, and it seems that the next four episodes will air in the next four weeks, which means this series may be finished up quicker than I expected! (Not that I am complaining.) The extra dimension of the story that is both simple and deep-reaching comes across without being hamfisted, but rather bears traces of … a delicate touch. I am thrilled to see it, and really … I would give the first episode an A rank, and think it is one of the best premier episodes I have seen thus far this summer 2016 season.