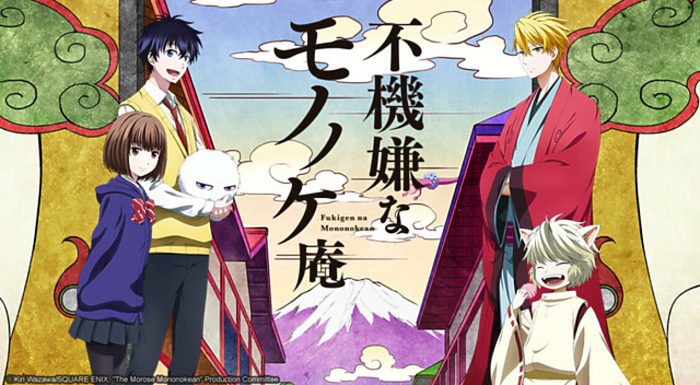 Back in February (of this year) when I first heard of the anime adaptation of the manga source-material I was amused and surprised at the same time. The sort of material this story deals with has been a pretty surefire “go-to” source storywise for me … Shinto, youkai, modern age, “mystics” or “mediums” who are “go-betweens” with the “other” world and “this” one, etc., etc. There have been some great anime dealing with this subject and I am happy to say that if the first episode is any indication this series may be another good addition to the pack. The source manga itself, now over five volumes in length, is available on Crunchyroll. The title in English would translate to “The Morose Mononokean”. A “Mononokean” is someone who deals with … mononoke, and anyone familiar with the fantastic Ghibli film “Princess Mononoke” knows that in Japanese the word mononoke roughly translates to “monster”, but one that is also a “spirit”, somehow. 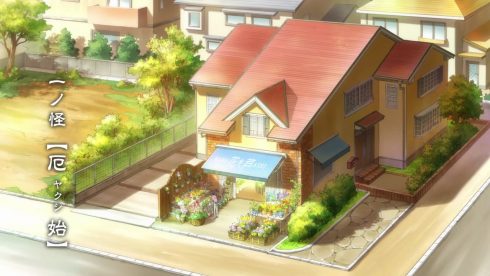 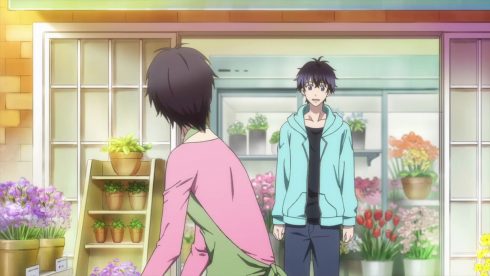 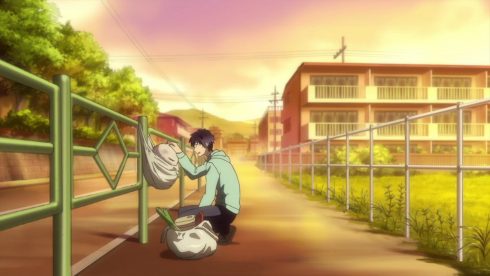 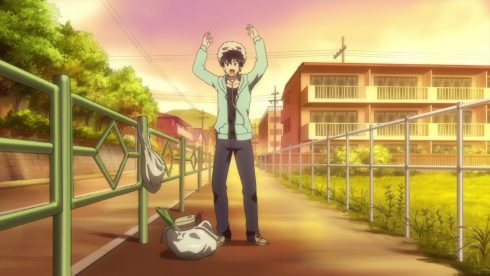 That being said, a Mononokean is sorta similar to an “exorcist”, but with a slightly different take on things, or at least as shown by the one we met in the first episode – he seems more concerned with helping the mononoke “pass on” and return to the homes in the “other world”. The official summary of the series on CR drives this point home well, I think: “‘Exorcism’ is the art of sending yokai who have somehow wandered into the living world back into the underworld, where they belong. One day Hanae Ashiya, a high school student who’s been haunted by a yokai, happens to find the contact information of an exorcist called the ‘Mononokean’ and pays him a visit. The exorcist he meets is a morose-looking young man, Haruitsuki Abeno, and for various reasons Ashiya ends up working for the Mononokean… And so the story of the exorcist duo Ashiya and Abeno, and the yokai they meet in their adventures, begins.“ 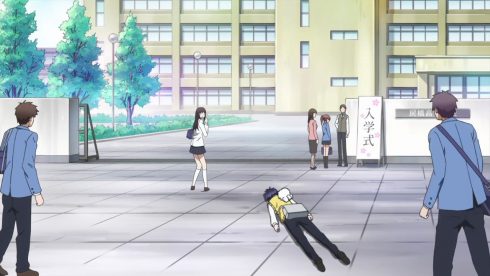 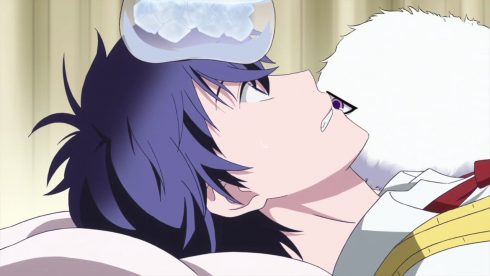 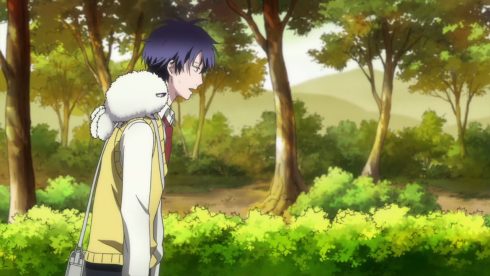 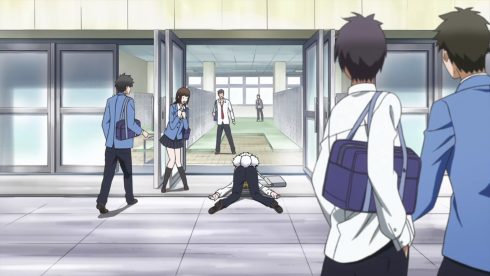 If the OP and ED are any indications, it seems that the series will take us more into “the other world” and perhaps will even introduce the viewer to other Mononokeans as well (and I would not be surprised if the three tailed, slanty eyed white fuzzball showed up again) and other mononoke proper. While the characters we have met thus far (Ashiya, his florist mother and the Mononokean Abeno) all have been steady, enjoyable and distinct (though not charismatic or “spectacular”), what seems to be the main thrust of the story was effectively conveyed in the first episode. And actually, I was surprised by the gentle and heartfelt turn the narrative took towards the end. 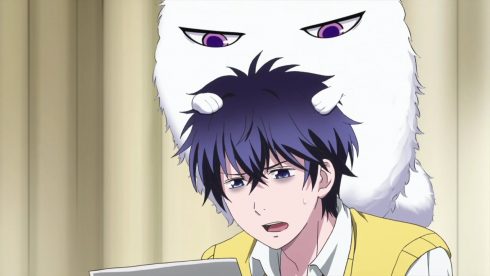 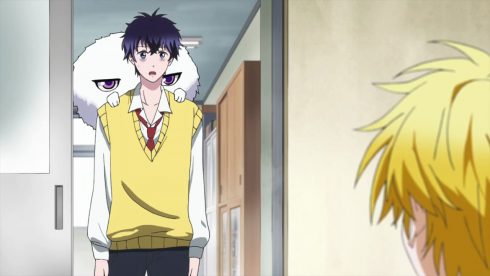 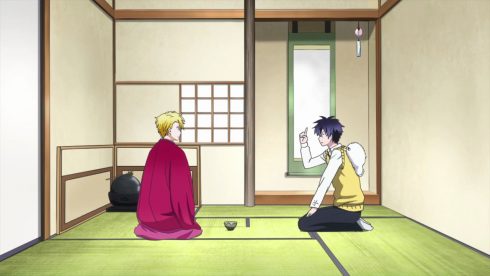 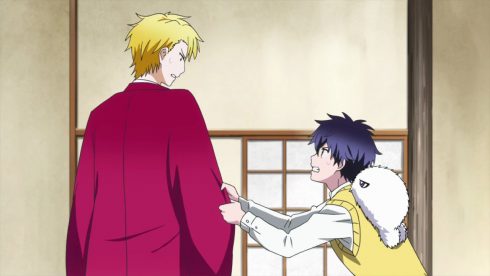 To be honest even with the official descriptions I really did not know what to think about this series before it aired – it seemed to me to be a more laid back version of the spectacular Natsume Yujinchou series. But as the episode unfolded the visuals and the “light touch” (?) to the series reminded a little bit of best aspects of Inari Konkon, Koi Iroha – a light hearted shoujo’ish series where the MC also found herself interacting with “the other world” (although in very different circumstances) that I found myself enjoying quite a bit (having read some of the manga ahead of time), even though the anime introduced anime original content towards the end of it. 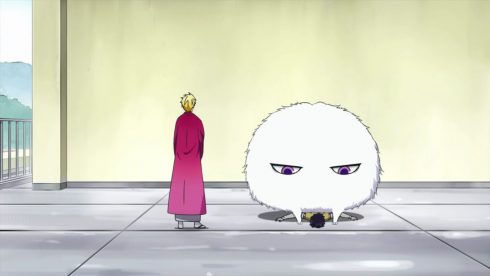 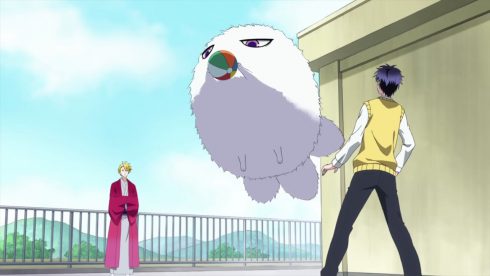 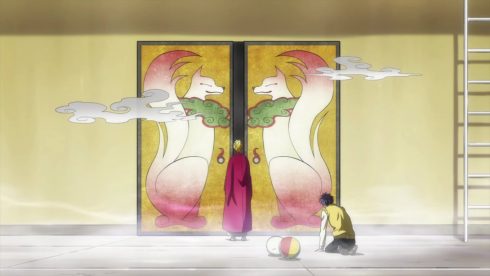 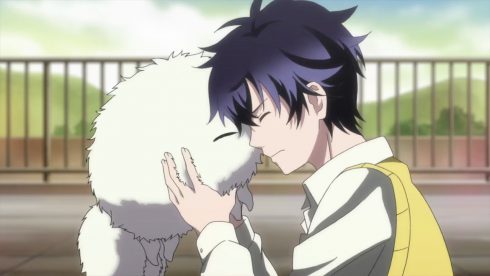 I think that for now I will be committing to following the series, if the premier episode is any indication it very much seems to “know itself” … in other words, it knows exactly what it does and does not want to do and is doing this well, effectively and … promptly, I guess – not dragging things out or rushing things. After the episode was over, for example, I realized that it had held my attention the entire time and that my attention had never either wandered out or been yanked out of the narrative (in contrast to quite a few shows over the past seasons). Definitely a step in the right direction, and I hope it will hold to its course to the end.

For me I would give the premier episode for this series (again!) somewhere between a B and B+ grade.