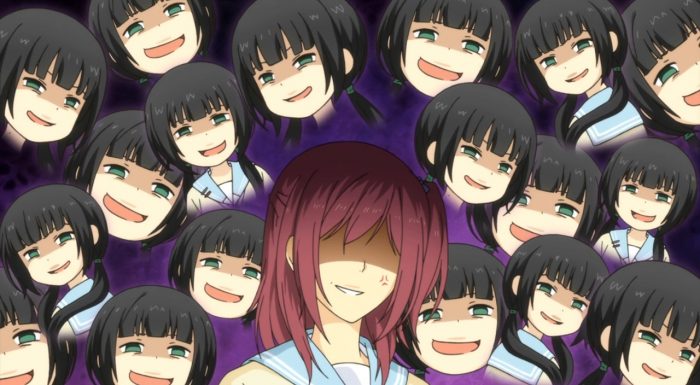 And so we reach a pretty dark point for Kariu. There was a steady buildup over the past few episodes for her crossing the line and she most definitely did here. There is no defending that she made a very bad choice and frankly could get into some serious trouble. I’m not pissed at her because I can see how this ended up happening, but that doesn’t take away that she made a bad choice and should face consequences. This was just not something you should do. In the end that was stealing and frankly bullying because she was angry and frustrated. Because really she was targeting someone who didn’t intend her any harm. Certainly you could say Hishiro should try to read people better or at least understand that her smile sucks and she shouldn’t use it, but she never actively said anything mean to Kariu. It’s just a personal problem Kariu has had before this show started and latest events have basically pushed her over the edge. 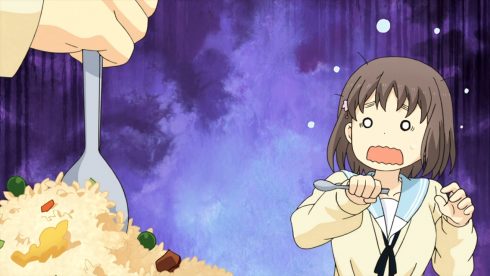 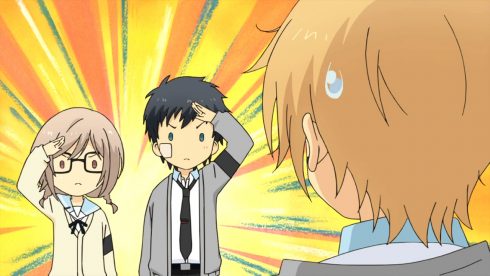 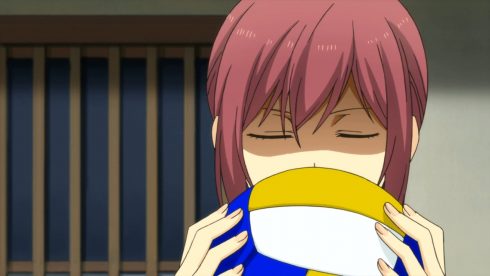 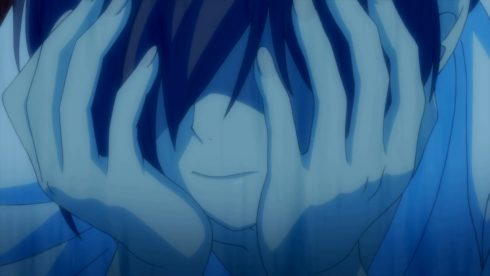 It’s such a messy situation. Kariu really hit her low point in the gym there. When she had enough time by herself to let her frustrations build up. She’s been chasing basically two unbelievably talented people who are great at two very different things. In a sense you could say her problem is that she’s trying to be the best at everything which frankly is asking a lot of herself. Yeah, both of those two seem unbelievably gifted, but it’s not like they are universally gifted. She’s frustrated that she who is working hard at everything can’t catch either. But she’s basically in the second spot behind both which frankly is kind of amazing. The problem is she’s not looking at that at all. She just sees the backs she’s chasing.

Thus we reach this situation. She’s constantly comparing herself and constantly getting frustrated at falling short. I suppose part of the problem is that she could at least calm herself down with Honoka because she’s friendly. But with Hishiro she doesn’t have much of any relationship and the one she thinks they have is actually pretty bad. Getting this bad impression of her constantly and with it worsening each time. To the point where she sees everything in a negative light. Hishiro tries to smile (horribly) and she sees it as a mean sneer. Hishiro sitting by herself at lunch seems like an act to get sympathy and the attention of guys (umm ok). Then you have Hishiro’s inability to remember names being seen as again an insult and lack of recognition. Now to be fair the last part is kind of true. Hishiro probably doesn’t care who is around her in the school rankings. Though on the other hand it’s hard to remember everyone you worked in a group with, even if it was one with a few members. Some people are bad with names. 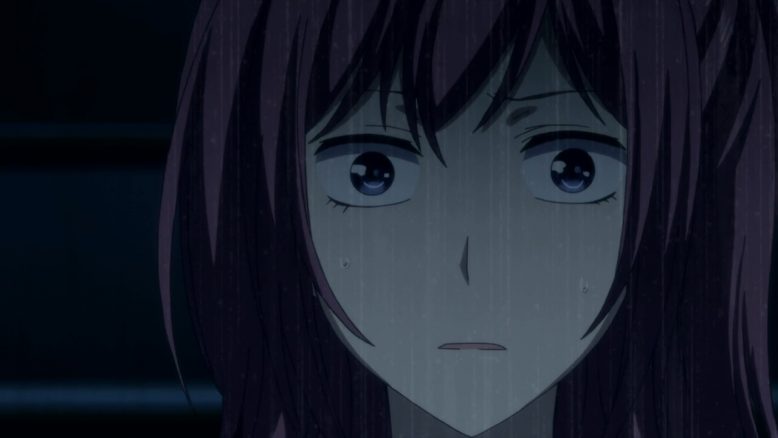 In the end I’m not going to say Kariu doesn’t deserve to be ripped into. She did something stupid here. Taking that bag to harass Hishiro was stupid. Maybe she doesn’t think to look at the station for her bag. Maybe it gets stolen by someone who goes there first. It was just a dumb idea. And just because people look like they aren’t having a tough time accomplishing something doesn’t mean anything. For all Kariu knows, Hishiro spends most of her time studying and preparing. Which frankly is likely the case since she doesn’t actually have any friends or a sport to engage in. But Kariu isn’t looking at that. She is just feeling upset and offended. And in reality the biggest thing here is that she feels like she’s losing Oga. Which I suppose you could say is odd since she technically doesn’t have him. Clear enough after this that she likes Oga and feels Hishiro is butting in on her territory. The first name thing doesn’t matter, but to her it does. Oga asks everyone to call him by his first name, but only Hishiro ever said “sure, ok.” She isn’t social enough to make a pun about Oga being easier and going with that.

The end result was the theft and a dumb move by Kariu. Thank god that Arata was there, although it is a bit dangerous how things turned out. If he hadn’t stopped her then Kariu would have gone beyond a point where they could settle this and Hishiro might have gotten seriously troubled. Although if she figures it out then it will hurt since she’s under a terrible misconception that she was making good strides with Kariu. Of course it might not be bad for her to figure out that her attempts had failed if only because she will make more enemies than friends if she keeps going like this. But the real blame is on Kariu who should feel the weight of how dumb her actions were here. 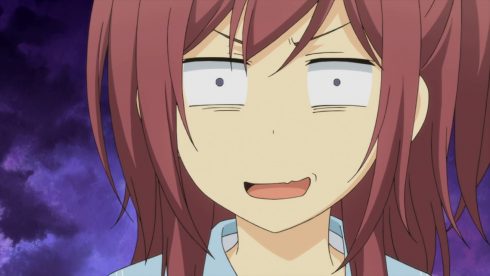 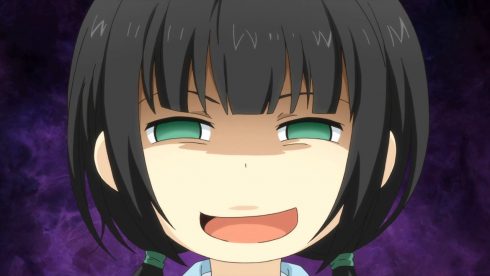 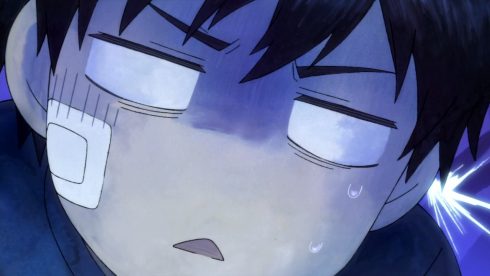 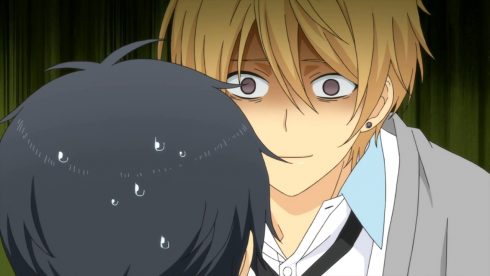 In the end I can approve of Arata wanting to get involved. Despite his words, he does care quite a bit about what happens to those around him. He’s naturally a caring person. If he has stopped being like this for some time then the ReLife is crucial for him. Kickstarting that willingness to care and intervene. I don’t know if Yoake’s words are right or not. Maybe people do respond better having some bumps in the road, but only if they aren’t bumps that send you off the road entirely. No one gains more than they lose in that situation.

I still approve of how this show can have some really hilarious reactions and situations along with some heavy drama. The test stuff was just silly and even Honoka getting freaked out was kind of funny. But Kariu’s actions and depression was anything but funny. Next episode should be good.