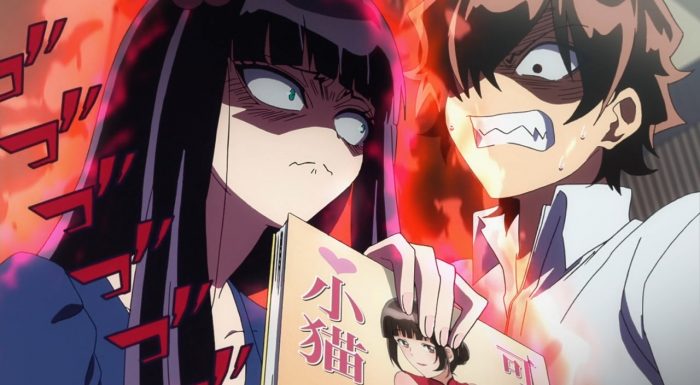 This was a much more enjoyable episode than the last one. We got a better picture of what the point of shoving Benio and Rokuro together so much could be. At the very least it felt like they actually got some valid training and learning in this time around. Though I also hope they don’t go nuts on playing up the ‘porn mag’ scene since it was kind of funny the first time, but got a bit tired the second time they went there. But, for the first time it was certainly a good source of chuckles. And a continued chance to see more from Benio as frankly she’s really getting into this whole wife/girlfriend position even without thinking about it. Though maybe that makes sense since she is a type of person who acts a lot based on her feelings. When she wants a treat she wants a treat and when she’s pissed about Rokuro having those magazines, well she is really pissed. 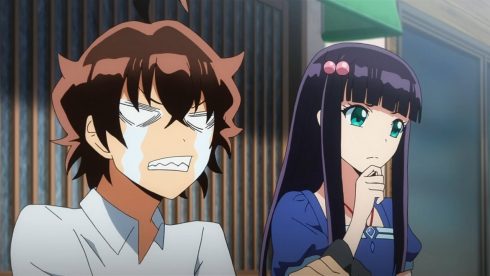 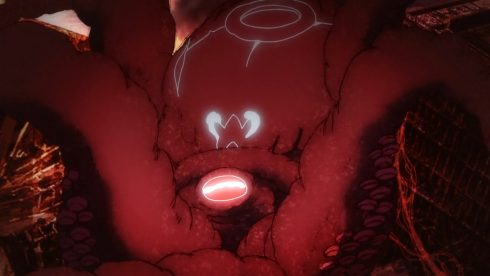 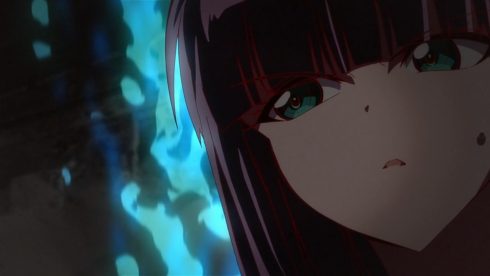 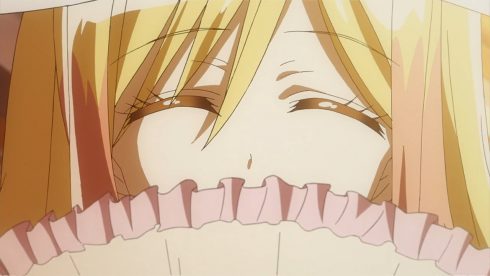 In the end this was a pretty straight forward episode again. In a sense not a lot happened. Rokuro and Benio yet again put the pressure on Subaru to actually give them some training and not just freeloading. But instead of something standard, they basically get a hide and seek game. Though I will say at least this time that there is some benefit to this type of setup. For better or worse they are being made into a team. The whole marriage and children thing is something they can debate about, but working together isn’t necessarily a bad idea. And developing chemistry as a team and better understanding each other isn’t a bad idea either. You see that in various teams. If teammates can read each other and predict what the others will do then they can pull off some spectacular plays. You see that plenty in sports and I’m sure in more serious places like military squads.

So having them build up that sense of trust and chemistry will pay off like it did in this fight. I’m glad it actually was a shikigami they fought and not a real kegare since it would have been too convenient to fight something that just happened to represent what they needed to learn. Certainly the idea that they should be able to sense the other through spell power is a good tip. There won’t always be a time when it is easy to look around and just being able to tell where the other person is can let them predict how the other will respond to a situation. Understanding the personality and tactics of your allies can’t be a bad thing. Though I do think they could use some pure power upgrades, but having a better sense of teamwork is a good step forward. 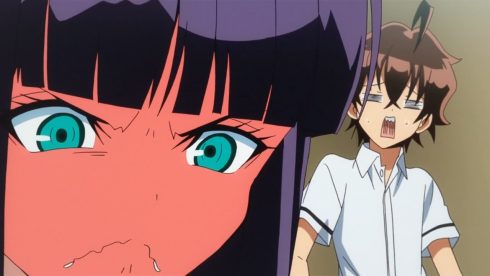 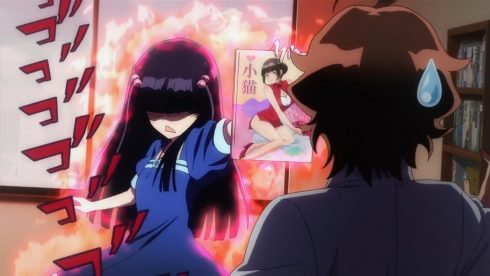 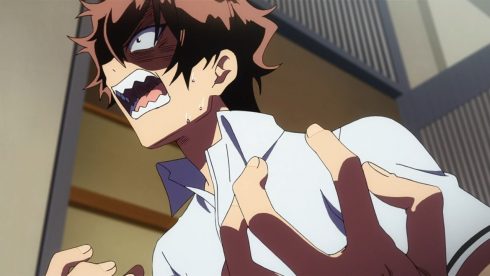 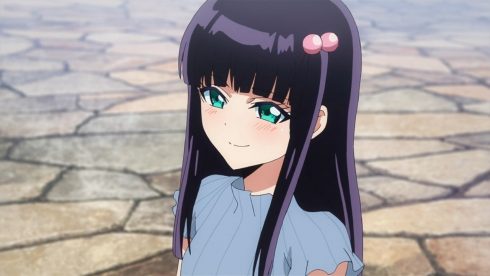 It was a good chance for Rokuro and Benio to naturally work together more. They have been shoved together or told to go on dates, but here they could stay focused on a task. Racing around after Subaru, using their heads, and trying to predict her movements. Certainly you got to also see more gruff, angry, and contemplating expressions for Benio. From her thinking about where to go, to her frustration about the magazines, or the mix of embarrassment and rage at the sewing/skirt incident. She really broke them out this week. Kind of lucky as well that Rokuro is too dense to know exactly what she is thinking at all times. Sometimes really does give it away visually.

The showdown with the octopus made for a solid bit of action and also team building. Can get the feeling that the two of them have pretty good combat potential when teaming up. One of those ‘stronger together than apart’ situations. I am curious to see how their newfound teamwork can hold up against actual threats who want to kill them. Also seems like there is more trouble in magano than just Yuto. I doubt that other guy we saw this episode is some Guardian who is going to harass the main duo in a nice way, probably another threat of sorts. Curious to see how that turns out.