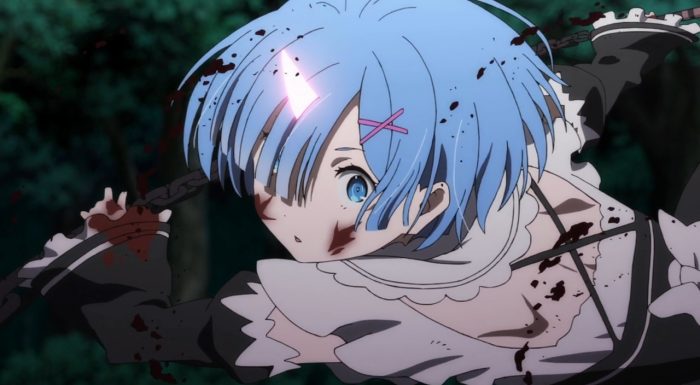 It’s never an easy thing avoiding your own death in this show. Subaru continuing his struggles to just stay alive and move forward. Ironically the attempt to escape the forest both worked and failed at the same time. Rem managed to drag Subaru’s battered up body back, but not without consequence. The frustrating mix of curses making them have to go right back in to face those beasts once more. With the magic using one in back it is mostly a battle of numbers. The amount that Rem herself probably slaughtered over the course of a day was undoubtedly very high. But they aren’t done yet.

The real question honestly is how they’ll manage to take down the remaining beasts. Ram is basically done with the amount of magic she used. Subaru isn’t much of a combatant either. That smack should knock Rem back to normal, but they are still dealing with a large amount of those creatures. Whether she can fight them off without going back into a berserk state is hard to tell. Seems like they could use some backup. Though the only options I can see are Roswaal and maybe Emilia. Emilia did wear herself out, but if she eats that fruit herself and gets moving she might be able to provide backup. Roswaal should be getting back as well and could provide some solid magical help or the person he had to go meet could lend a hand. 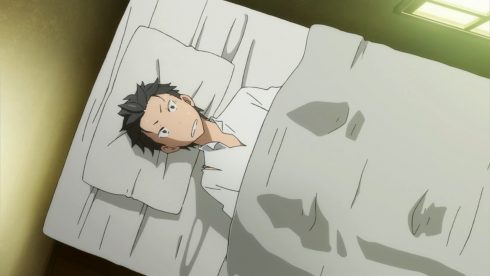 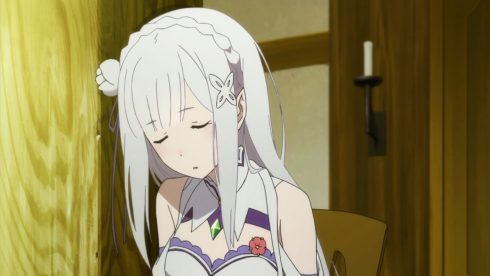 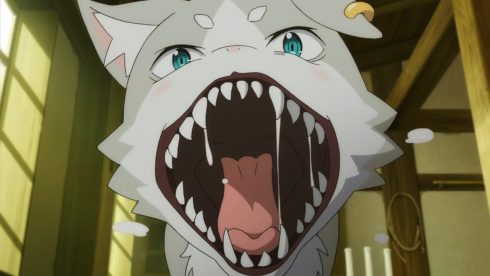 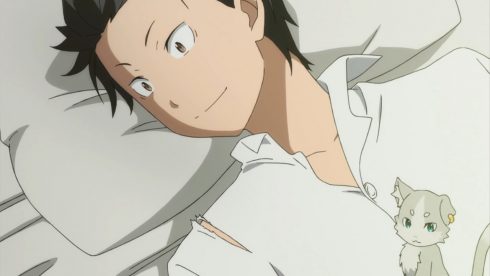 One thing I’m sure about is that Subaru will be fine this time. He’s gotten way too far into this life itself to have to restart from several days back again. His connection with Rem and Ram having gotten too involved for him to start over from scratch. Though no telling how long he’ll last once he makes it to the next checkpoint. Does make the last cliffhanger not nearly as intense as the previous one. Which I’m not necessarily against since it does give us a moment to breathe here.

I do hope that we’ll see a bit more Emilia next week. She was basically not involved and passed out this time around. Though at least the show took a realistic excuse for her not getting involved. Having completely drained herself trying to heal Subaru’s injuries. It does create some characterization for her to be sure. That she is the type that will push herself that far. What I do hope is that she can get involved in the action some more. It’s not like Emilia can’t fight or handle herself. Struggling with Subaru in various situations would be good and enjoyable. 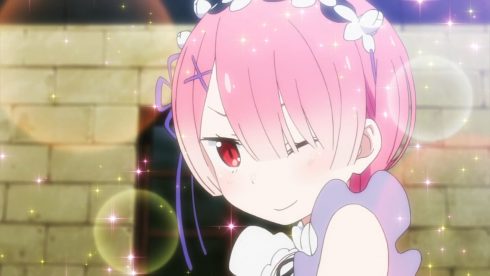 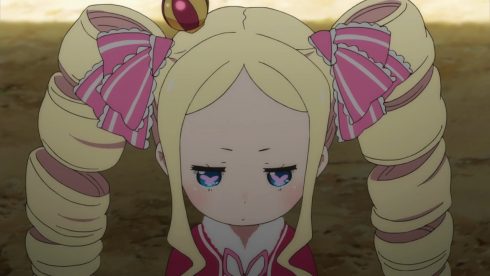 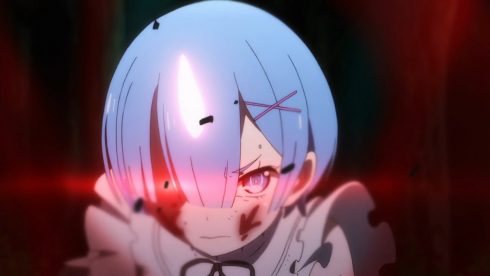 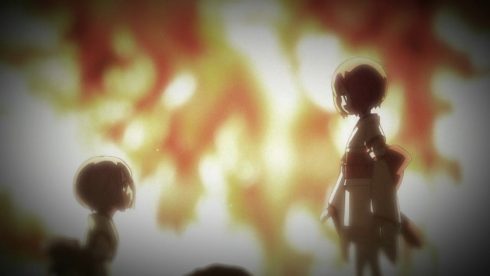 A pretty solid episode that showed the characters of both Rem and Ram pretty well. Rem being the type that would literally throw herself into a suicidal struggle in order to save Subaru’s life. Also that Rem is the type that will do all that by herself. Not asking anyone else for help. Feeling perhaps guilty that Subaru took all those curses trying to shield her. But regardless it just shows that the story from the previous loops was on point. Rem is very much a self-sacrificing type that does too much without asking others to lend her assistance or seeking their opinions about it.

Ram as well still cares and looks out for her twin as much as she possibly can. She lost her own horn and thus doesn’t have that much power herself. Having to use wind magic as her main source of combat. But there is a limit for someone using magic…their own source of mana. She can do some pretty impressive things, but she’ll eventually reach her limit and run out of gas. Clearly the loss of her horn is something that bothers Rem more than Ram. It was a painful loss for Ram to be sure, but seeing how it has affected Rem seems to bother Ram more than anything. 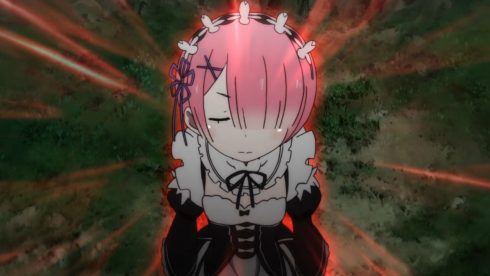 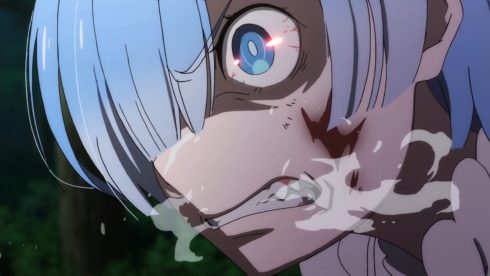 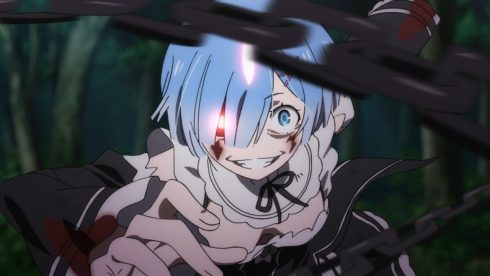 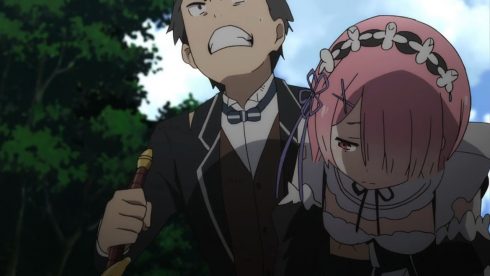 Oni are pretty interesting. A regular one having two horns while twins only have one each and are hated by their own as a result. Ram losing her only horn leaves her rather vulnerable, but maybe also even more discriminated against as a result. Of course the real question is how she ended up losing her horn. The flashback showed a brief glimpse but not enough to have a big theory. I presume the one on the right was Ram….and the one on the left was Rem. Something happened….Ram’s horn was broken off and well here we are. I’m not sure how this involves Satella. If the horn incident did at all.

Regardless things got a bit dangerous there. We could see from last week that going into that Oni-mode doesn’t leave Rem in a perfectly rational state. Of course I’m sure she realized that going in and maybe that was part of the rationale for going alone. Still, it left the others in some danger from the person that was basically trying to save Subaru. Irony XD. Although to be fair Rem was kicking a lot of ass and the combat was pretty fun to watch. Just that you have to be wary around Rem when she’s in that kind of state. Hopefully she’ll still be able to fight, just with her senses after Subaru’s attempted horn smack. Hopefully he doesn’t damage her horn since….they kind of need her strength right now in all honesty. Losing it would put her on Ram’s level sure but….right now they would be pretty helpless. 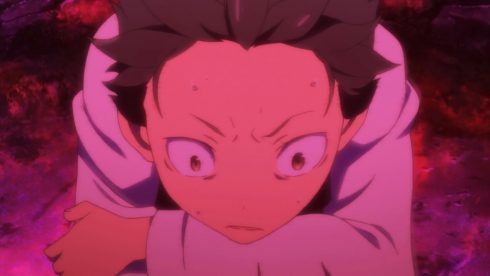 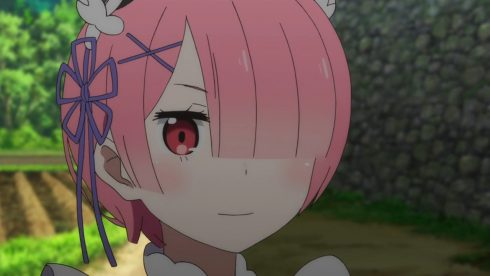 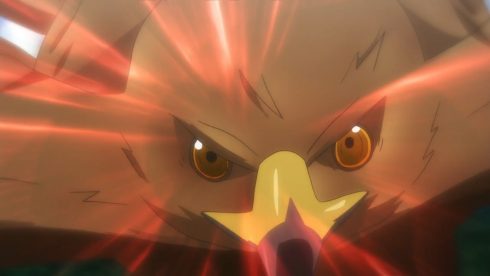 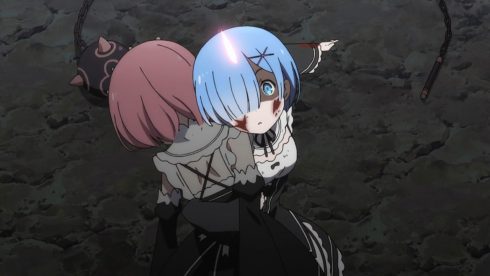 Credit to Subaru for taking a gamble on that curse that he has. Using the power of the witch to basically lure in the beasts and Rem along with them. Of course it was also a bad decision since he didn’t account for Ram having a stamina limit and thus the risks they’d be taking. I guess he just gets hit hard by that ‘warning alarm’ so long as he stops trying to talk about his condition. It’s a risky venture, but in the end I suppose sometimes you have to take some risks in his position.

Can’t wait to see how things will turn out here. I don’t expect a death for Subaru, but you never know for sure with this show. The bigger question I think is how things will resolve themselves. There are still a fair number of beasts there and the shaman behind this is still a threat. I’m still betting on that dog being a vessel or puppet of the one really behind this, but regardless….it’s dangerous with those spells and attacks. Best of luck to Subaru in company next episode.