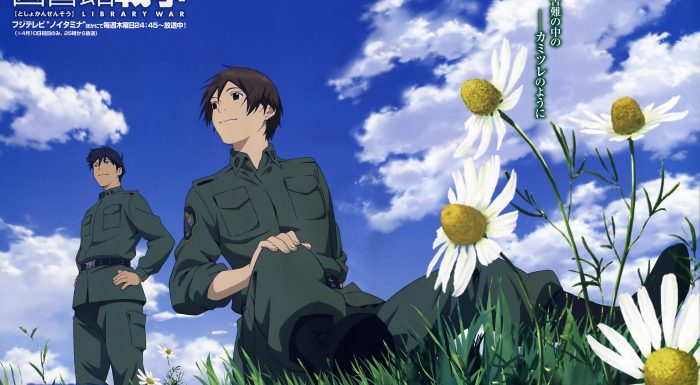 Toshokan Sensou (Library Wars) is a little series from 2008 that mostly passed many an avid anime watcher by, the year it came out. 2008 was a very powerful year for anime, with several notable series like Code Geass R2, Macross Frontier and Soul Eater making their debuts. It isn’t all too surprising then, that a series like Toshokon Sensou didn’t get much notice by western audiences when it first came out.

Part of the reason for that was perhaps because legal streaming via services like Crunchyroll, Hulu e.t.c was just not at the level or scope that it is at today. This meant that more niche series like this show had to really rely on fansub group interest and dedication, which it really didn’t see much of at the time. Its sad to say, but in 2009, no one really cared for Toshokan Senou, and while it did fairly well in its home country of Japan, it really did kind of live and die there, but not before spawning an anime sequel movie, a few manga adaptions and even two live action movies. 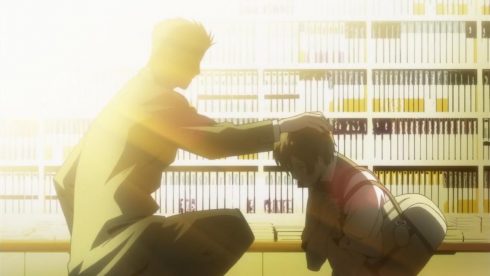 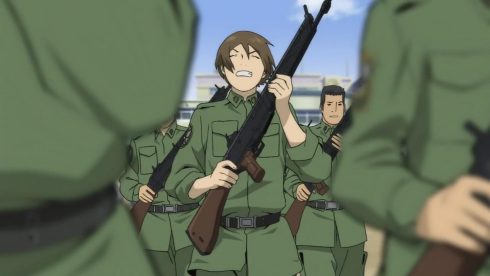 So… Given all of that, why are we talking about a 8 year old anime franchise today in 2016? Well, mostly because Crunchyroll only recently added the series to its streaming linup and finally released it for western audiences to both consume easily, but also to give this series a second shot at some visibility. Looking at purely from my own perspective, Crunchyroll’s little gamble seems to have worked, and I at least got to see a series that I was pretty interested in 7 years ago.

7 years ago, I didn’t have much to go on besides the promotional artwork features on sites like MyAnimeList and a very brief synopsis. Still the show looked to be pretty unique, as it looked like a kind of alternate history, military based show that focused on the importance of literature and the freedom of expression. What I didn’t know, and what I was pleasantly surprised by, was the fact that while Toshokan Sensou is all that advertised on the tin, its also a love story, and a love story that focuses on working adults rather than high school students while balancing a pretty outlandish doomsday scenario where censorship reigns supreme in a very different type of Japanese society. 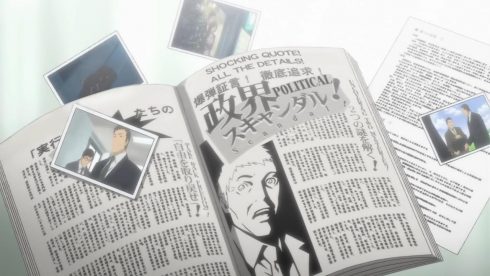 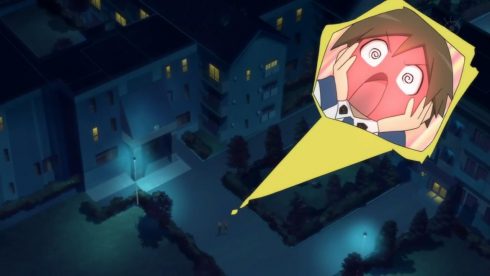 Toshokan Sensou actually tells both its tales, one about a world where the Japanese people are grappling with censorship and another about a girl who follows after the man of her dreams, and matures and grows to the point where having an actual relationship with said man can be a reality, via 12 episode anime series and a sequel anime movie (That came out MUCH later in 2012). While its definitely fine to look at the anime series by itself, the true story really doesn’t wrap up without that companion movie to really bookend everything. So while you can currently only find the Anime series on Crunchyroll, the experience of Toshokan Sensou really isn’t complete without its sequel movie Gekijouban Toshokan Sensou (Library War: The Wings of Revolution).

This review, therefore, is really a franchise review that encapsulates both in its consideration. So having said all of that, how is Toshokan Sensou as an anime series? Well if I were to be quite honest, I’d say that the show is really weird. Its off quilter, odd and it definitely reminds me of a time that was very different from today. Anime back then was not only a lot more diverse, but we were perhaps at the precipice of the moment where anime kind of started to thoroughly tackle its smaller but more dedicated fanbase, rather than reach for different audiences. 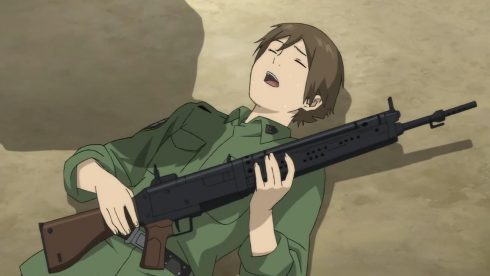 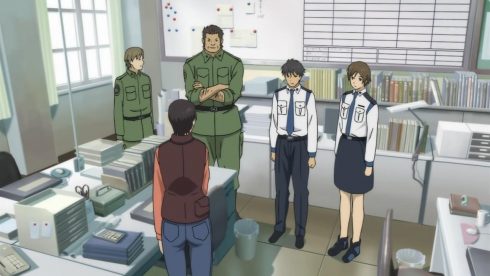 Even by 2009 standards, Toshokan Sensou is the sort of show that really has a small niche and audience, particularly when it comes to western audiences. See, Toshokan Sensou presents a rather outlandish core premise. Japan basically passes this Media Enhancement Law which gives the government body known as the Media Enhancement Law Commission the ability to censor anything and everything they deem “unfit” for consumption. This basically leads to a oppressive force that attacks everything from childrens novels, to movies, to art and censors and confiscates it with military force. In response to this tyranny, the country’s Library Association arms up itself, and creates a small military force to protect the sanctity of the library and the freedom of expression within it.

The world present in Toshokan Sensou is a bizzare one, because it features two different groups of Japanese society having arming conflicts over literature, in what would be a very unstable society if it actually existed. This idea and story is actually based on a declaration in real world Japanese history, i.e the Statement on Intellectual Freedom in Libraries (passed in 1954 and then amended in 1979). Yet the series kind of takes the idea and concept of libraries basically being the last safe place for knowledge, and turns that idea into a fully armed war show of sorts. Its very uniquely Japanese, both in how it tackles its fundamental issues of Freedom of Speech and in how it really makes no effort to try and sell its audience on the idea. 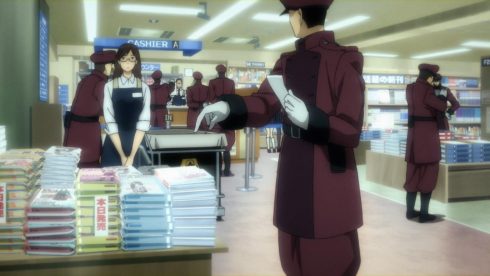 You’re kind of expected to realize the possibility of this particular situation and what would happen if the Japanese government had been taken over by censorship loving and power hungry politicians. There’s very unique concepts like honor, saving face and moving in the confines of the law while possibly bending it a bit in order to stand up for one’s ideals. Its not something that people outside of Japan could really relate and the only way you really will is if you’re decently familiar with Japanese society and culture itself.

The only path then, is to just accept Toshokan Sensou’s bizzare world as something fairly imaginary, and more of an almost over the top “what if?” scenario story. Of course, while the core premise either begs a fair bit of Japanese cultural insight or a significant amount of suspension of disbelief, its the characters and the love story aspect of this show and franchise, that ground it in reality and make it relatable. 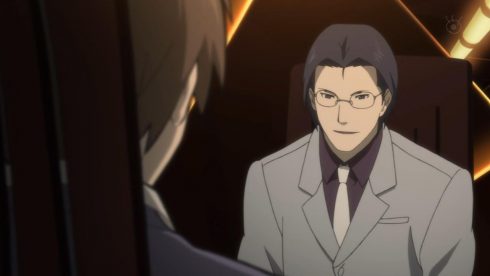 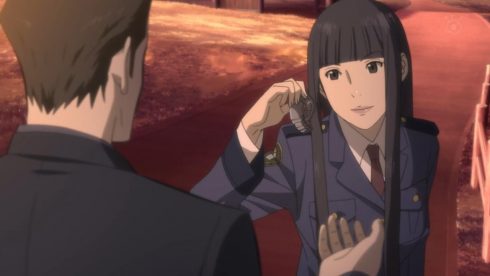 As much as Toshokan Sensou is about a war for the freedom of expression and the safeguard of the arts and culture, so too is it main leading lady Iku Kashahara’s love story. The love story aspect is something that any casual fan of romance stories and romance anime can appreciate. Its got the girl as the primary protagonist, chasing after her “prince” who turns out to be a Library Defence Soldier that protected her in High School. There’s an almost shounen-esque quality to Iku and how she goes on and on about her passion for protecting books, and her dream of someday meeting her prince and potentially catching up to him.

And its worth commending Toshokan Sensou for how well done, unique and different its romantic story is, and how it can compete with franchises that are solely romance based. There’s a slightly more adult tone to the romance, as Iku and her eventual prince are both in their 20s and working adults. There’s a military slice of life aspect to the world as well, and a cast of supporting characters that are equally interesting, unique and have their own weird set of quirks. 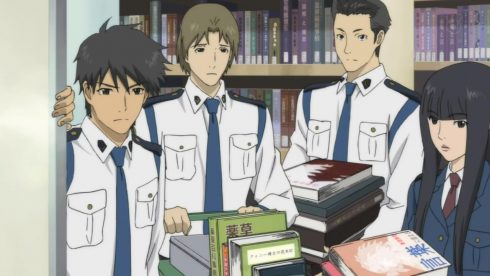 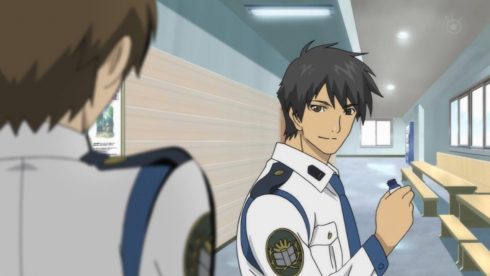 Whether its her hard-ass instructor Dojo, her best friend and roomate Asako, or her comrades Tetszuka and Komaki, nearly everyone has their own story and character arc in the show, and their own romance stories that play in beautifully alongside both Iku’s story and the larger conflict around freedom of expression.

Its a tough balancing act, but I’d say that Toshokan Sensou manages to do an admirable job. Its strength is actually in its human characters, their challenges, and how they react to the conflicts and challenges that they face, and less so in the exploration of what censorship does to a society. Its kind of odd how Toshokan Sensou almost takes a moderate approach to its subject matter, trying to show both sides as human, even if it doesn’t make sense. The problem is that Toshokan Sensou is a story about hope and trying to improve the status quo, and it refuses, in typical Japanese fashion, to define its villains and antagonists. 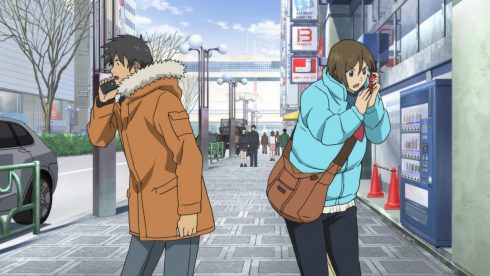 What’s left then, is a story that’s got some neat ideas, and puts a fairly decent amount of work into exploring the concept of censorship, but actually ends up being a strong love story in the end. The satisfaction and the emotional power from the franchise, comes from its characters, and how they end up finding each other and long standing happiness as a result. Again, its a weird situation, where the show is almost stolen by the more character driven drama aspects rather than the thematic ideas it tries to push.

At times it almost feels like the show is using its more grander concepts as merely backdrops and devices, to highlight and feature its characters. And honestly, if that was just the intent, then it definitely works, but given how serious Toshokan Sensou takes its ideas of censorship and fighting for the freedom of expression, its hard to really think that. 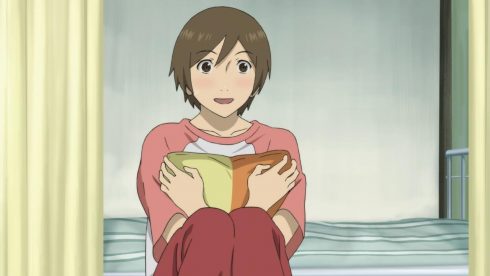 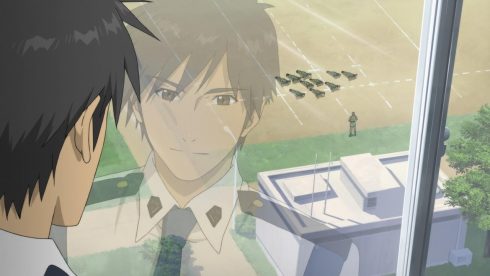 When looked at, as a whole, however, Toshokan Sensou is kind of like its main protagonist. Rough around the edges, exceedingly passionate, not always graceful but still having an energy and charm that ultimately wins you over. A lot of that definitely has to do with the voice acting, with stellar performances by vertan seiyuu like Nana Eikura, Junichi Okada, Kei Takanda and Sota Fukishi just to name a few.

On the production side of things, however, the show clearly shows its age. This is a series from 2009, and a decently low budget series at that. Even though its done by Production I.G themselves, the show itself definitely isn’t quite that much of a looker, nor does it stand out from the animation or music side of things. The story and the characters are the real draw here, with the artwork and animation being competent, if definitely a bit dated. 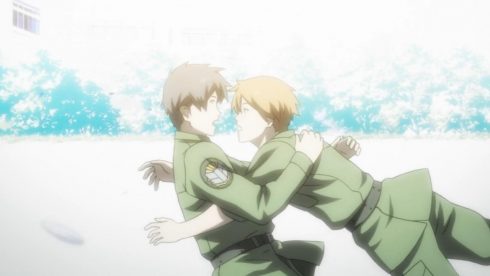 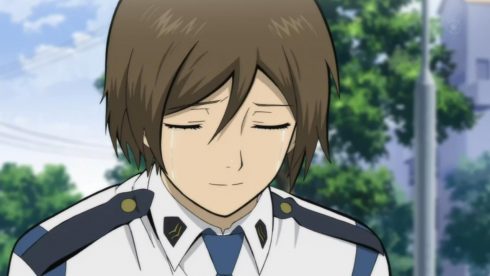 In the end, I’d recommend Toshokan Sensou to romance anime fans more than anyone else. Buy in into the characters and their personal lives is what is really needed to enjoy this series, and while it doesn’t exactly really nail its more higher concepts, it does joins the ranks of shows like Planetes in becoming a romance story that occures in a decently realized ficitonal world. Toshokan Sensou gets a B+ overall.