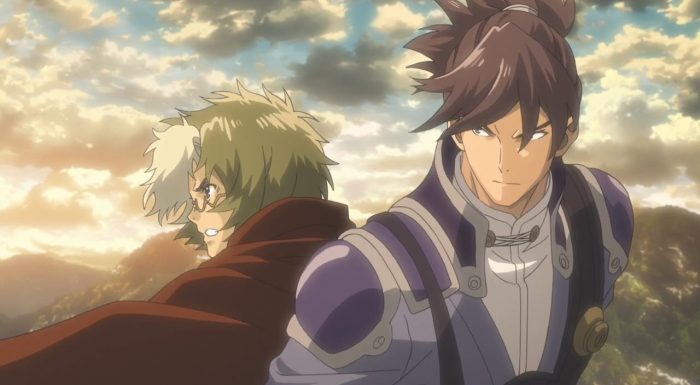 This week features yet another action packed episode from Kotetsujo no Kabaneri, one that goes about how you’d expect on all its other fronts. There have been a lot of descriptions thrown around about this show in the last few weeks on the internet. Stuff like “Dumb fun” or “stupid but enjoyable” are common descriptors for this show. My thoughts on this show, however, are slightly different. I don’t think Kotetsujo no Kabaneri is stupid or nonsensical… Its just not very smart or exceedingly clever (there is a difference). And a lot of the whole questioning of the show’s smarts stems from the fact that this show, despite its zombie apocalypse like setting, is actually a very optimistic story. 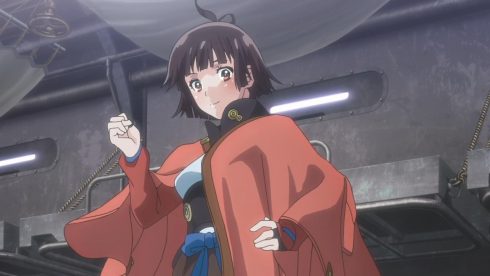 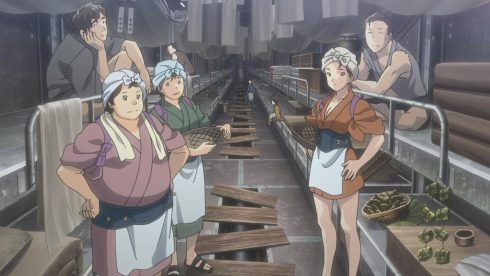 That optimism is what kind of creates a bit of a disconnect at times, and gives the show an appearance of being dumber than it probably is. See, despite the complete drop of the ball by both Mumei and Ikoma, things turn out pretty much all right by the end of this episode. There’s no bad blood between any of the characters, everyone works together, and there are no losses beyond one train car that apparently didn’t have anything or anyone on it. That begs for a huge suspension of disbelief, and I tend to agree that the ask is a bit too much here.

Thematically, there needs to be some kind of negative payoff to Mumei’s mistakes last week. Now, let me be clear, unlike a lot of people on the internet (twitter, animeblogsphere e.t.c), I actually didn’t hate Mumei all that much last week. I thought the show did a decent job of showing why Mumei acted the way she did, and while it was frustrating to watch her make the mistakes that she made, it didn’t feel forced or completely weird (to me, at least). 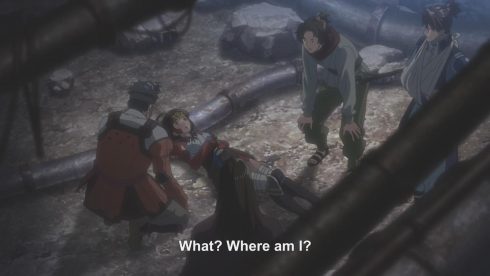 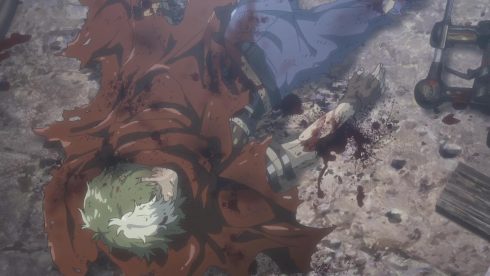 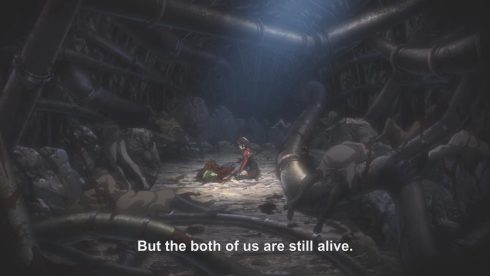 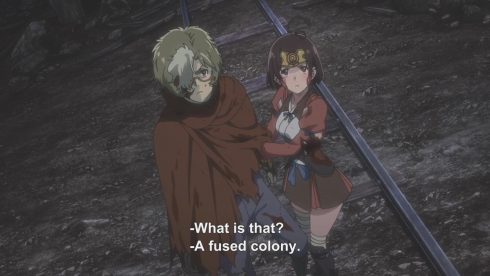 Mumei’s a character that believes that you NEED strength in order to survive. The weak die, the strong live on, its that typical cliche line that you’ve heard a thousand times in fiction at this point. Ikoma and therefore, the show’s response to all of that, was both kind of nice to hear, and almost shockingly optimistic. I did like how despite how much power Mumei and Ikoma do have, they are pretty weak in the grand scheme of things. I like how Ikoma realizes that, and is humble despite his newfound powers and potential invulnerability.

I love that this whole event and episode is a sort of lesson for Mumei about how the weak need to band together and keep challenging their fate if they are to survive. Its a nice sentiment, but its also kind of removed from reality in a lot of ways. The show commits too much to its own wishful thinking, and that’s why we have Mumei and Ikoma survive and everyone else make it through scot-free, by the end of it all. 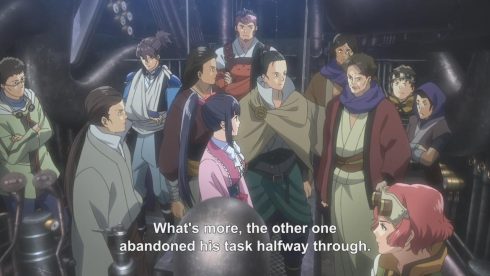 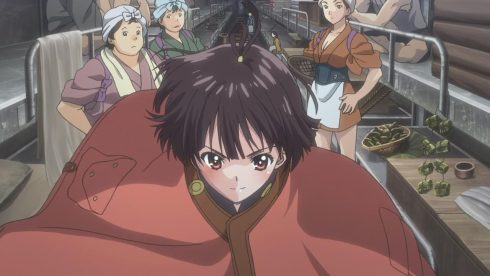 Again, there’s a humbling aspect to it all, given that its the humans that end up saving the Kabaneri at this point. Plus, I love that element of uncertainty that we learn regarding the Kabaneri. It seems like, at some point, Kabaneri do turn into Kabane, somehow. Its unclear as to what the conditions are and whether its tied to one’s emotional state, or something else entirely. Maybe it is a time thing, and its only a matter of time before Ikoma and Mumei succumb to their fate.

That’s the sort of dreadful foreshadowing that works in a zombie apocalypse setting. Its what feels real, and just naturally makes sense. The fact that Mumei and Ikoma are rescued, are fine, and then not only that, the whole train is able to get itself a reprieve from the “fused colony” Kabane monster, is all a bit too convenient. That’s where that huge suspension of disbelief comes in again, and why it kinda kills some of the immersion of the story. 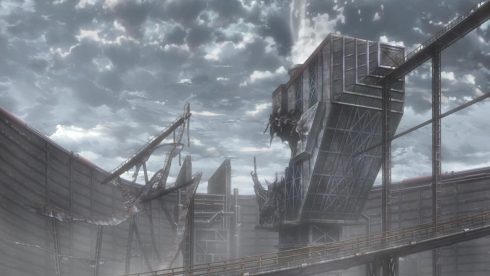 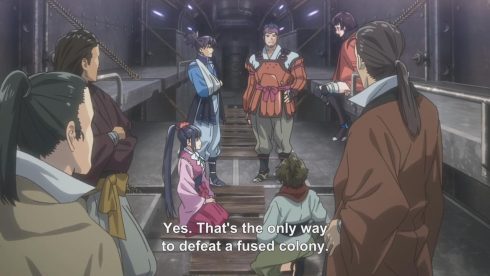 With absolutely no losses, the whole train gets a second chance, and gets TIME to plan for their second shot at taking down the colony. And that level of convenience, its hard to ignore. Its the first time, where I felt like Kotetsujo no Kabaneri tripped a bit in its execution. The show was still entertaining and fun, but it really was crafting events to suit itself, rather than organically build them to approach its intended conclusion.

Actions need to have consequence, and the big problem with this two-parter, was that there really wasn’t any consequence to messing it all up. Someone needed to die, even if it was a kid or a unimportant supporting character, because we needed bad to happen, in order to make this all feel a bit believable. 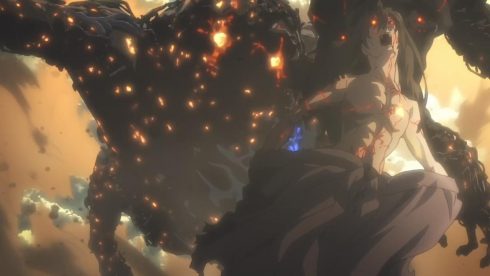 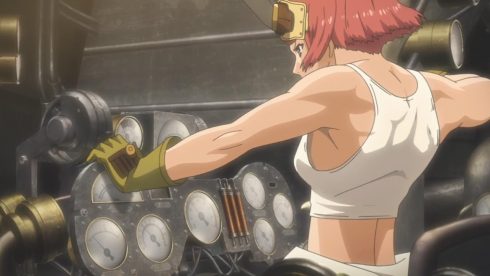 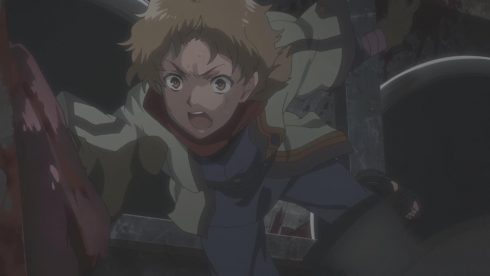 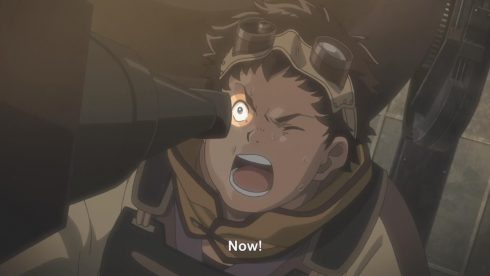 But while Kotetsujo no Kabaneri didn’t exactly sell the idea of how the whole group made it out alive, it did present its usual dose of stellar choreographed action, great cinematography and a decent amount of tension. That whole sequence of the Fused Colony chasing after the train, being shot with a cannon, and then Mumei jumping at it to shoot the “heart” was pretty darn cool.

There was a nice little emotional nod to Mumei’s own fears, in that it was revealed that the “heart” of the fused colony was actually a Kabaneri turned Kabane. That whole idea lends itself really well to the whole creation of a fused colony, because a Kabaneri would be high enough on the food chain to make it happen. But while I can appreciate the good, there’s bad right next to it. Its quite clear the Kabane Fused Colony from last week, is a lot smaller this week in order to make it possible to actually be killed. 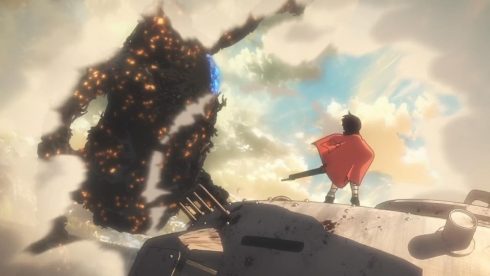 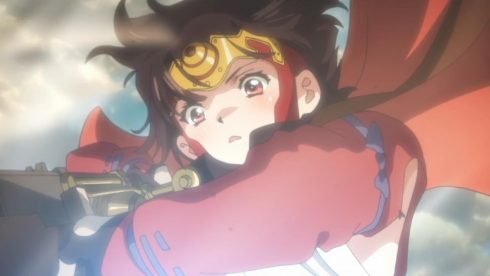 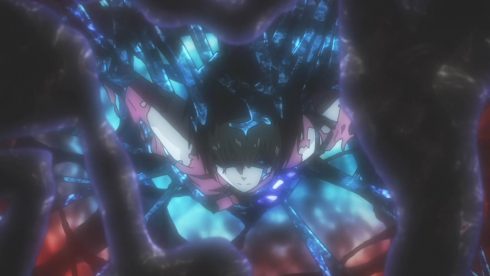 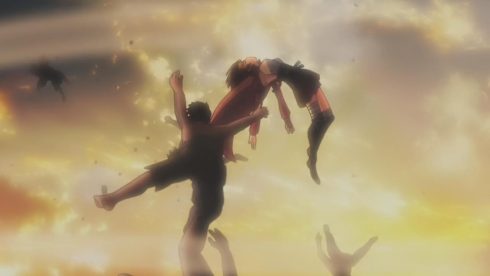 Its the little things, but those things do stick out, and it was particularly this week that I think the show wrote itself into a corner, and had to fudge some of the details in order to make it all work. The whole “tip over the train with a bunch of people” was like that. And yeah, okay, I’ll admit that that particular part was a bit dumb, but that still doesn’t make the entire show completely stupid. More importantly, the question is… Was it still fun? Yeah, of course it was. And quite honestly, compared to a lot of other stuff this season, Kotetsujo no Kabaneri is still one of the few shows that I look forward to every week.

Is some of that just because the show doesn’t have a good deal of competition this season? Eh… Probably. Is it dumb and stupid though? No, not really. I don’t think this show was ever meant to be an achievement in storytelling, whether its character based or an exploration of a post zombie steampunk world. There’s a simplicity to the whole show, and that, at least to me, was evident from the get go. 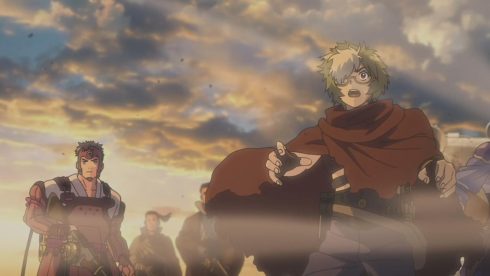 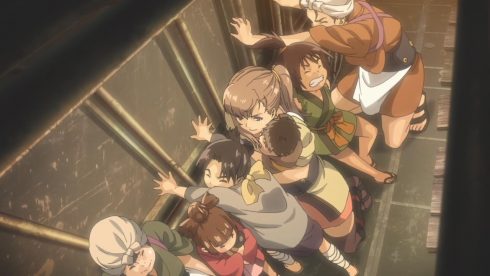 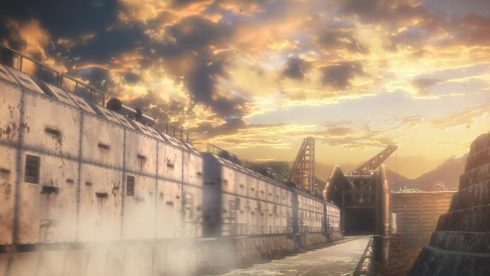 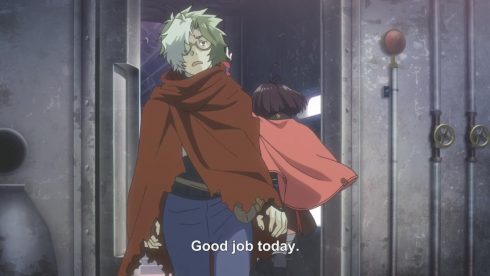 I am curious, however, about how the show tackles the fallout from this recent episode, since we didn’t really get an epilogue this week. Mumei’s definitely going to be a bit more humbled, and also rely more on her comrades, but beyond that I really do want to see some of that “dark side of humanity” that we saw in the opening episodes. It is kind of bizzare how everyone is so nice, working together, and just likable. Characters are always interesting when they’ve got flaws and issues, and I think if the show continues to go down its optimistic route wholeheartedly, then it will lose some of the magic that it had when it started.

I suppose we’ll know more next week, and as usual, I’m pretty interested to see where the show goes from here.