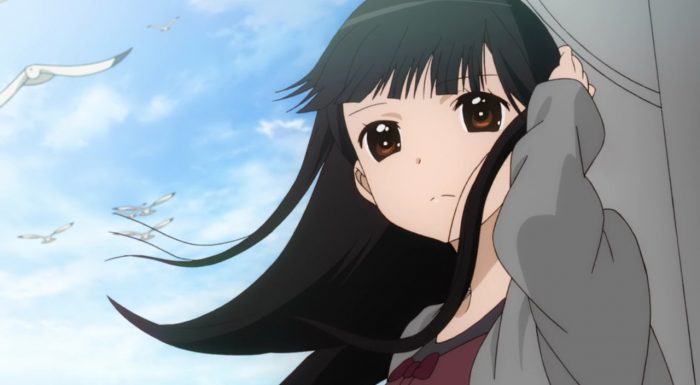 With the second movie we found the narrative focusing during the first half on Norie’s path after high school and during the second half we saw the focus swing to Kaoru. Following in that pattern it should be no surprise to see the first half of the third movie swinging squarely on Maon, and saving the finale for the Potte, who is, after all, the main character of the series as a whole!

The direction of Norie in the second movie was no real surprise, and while Kaoru’s was a surprise, it was one of those things that made total sense in retrospect as being a perfect “fit”. As a step that is slightly different and yet similar we have Maon’s story – a direction of life not unexpected, but cast in a shade or angle that was not quite where I expected to wind up, at least. Potte was … well … we will get to more of that towards the end of the review here! ^^ 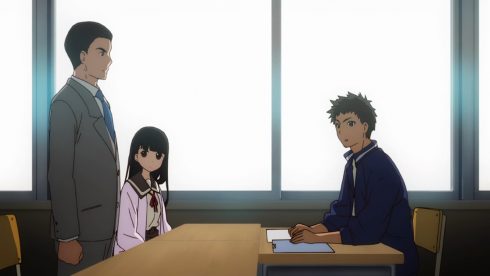 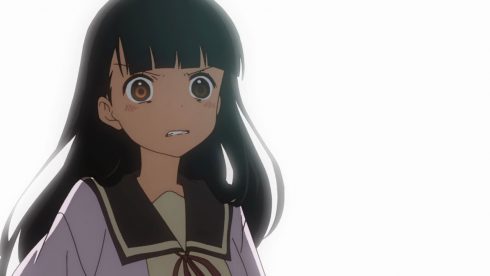 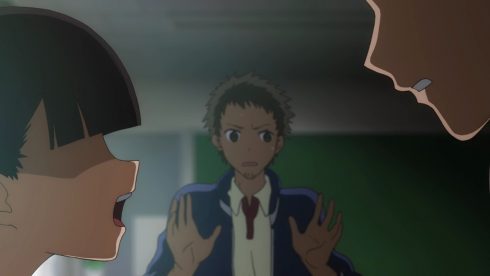 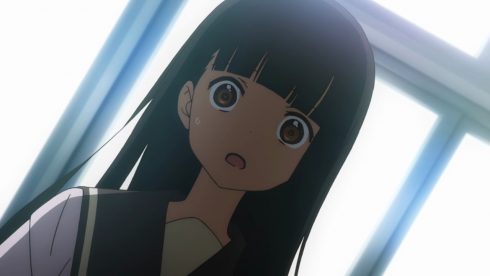 One of the things that is again impressed upon me with this episode is not only how much of a “Daddy’s girl” Maon is, but also how similar the two of them are. Even though Maon is normally shy, quiet and reserved while expressing herself in an odd manner, underneath it all she is a fireball – not a randomly explosive one like her best friend Norie, mind you, but definitely someone who has very strong principles and ideas and is downright STUBBORN … like her father.

At the beginning of this movie we are shown a surprising scene – during a post high school plans meeting between Maon, her father and Dougou-sensei an argument suddenly erupts out of the blue between Maon and her father over the question of whether or no Maon will inherit the family inn (named Nodoka-tei for those who do not remember the name). Maon’s father is positively unyielding and Maon is angry, frustrated and shocked all at the same time. 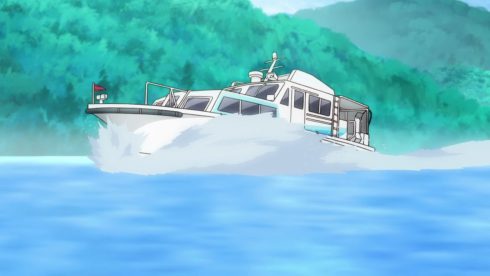 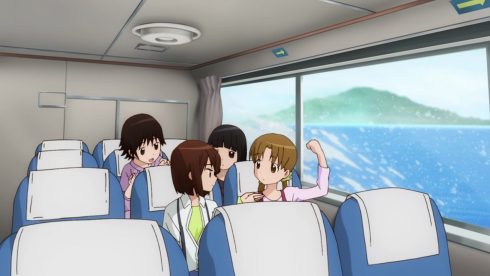 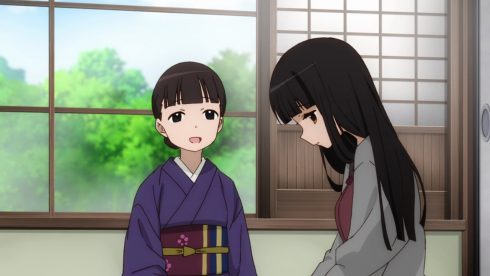 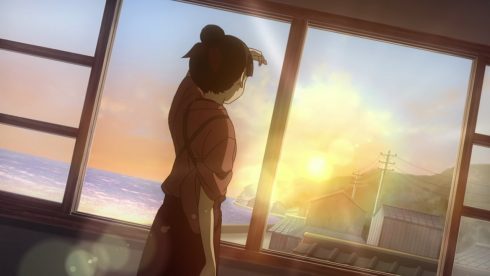 After talking it through with her closest friends Norie gets all fired up (who would have thought? XD ) and they all accompany Maon on a weekend trip back to her parent’s home on the nearby island for moral support and encouragement so she can talk things through with her father while her mother (definitely the most level headed of the entire family) is present. Unsurprisingly Maon receives a stubborn and unyielding welcome from her father(who has apparently broken his foot in an accident of some sort) and a serene and loving welcome from her mother, who is shouldering all the tasks of the Inn while her other half is laid up with his injury.

Maon is a little discouraged, but after being asked to help shoulder the duties in the Inn (and accepting the cheerful help of her friends as well) she finds the time to calm down and sort through her thoughts. And just when she is about to confront her parents on the matter of Nodoka-tei again she overhears what she takes to be talk of her parents that the Inn is in dire financial straits, which shocks her. 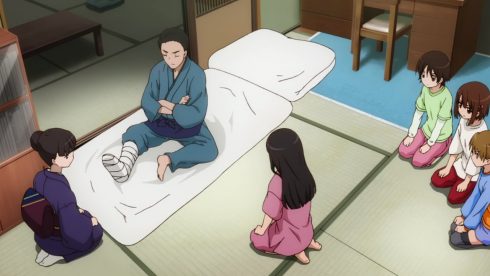 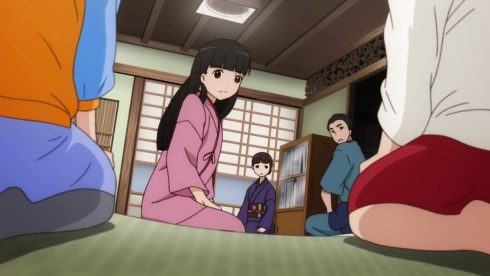 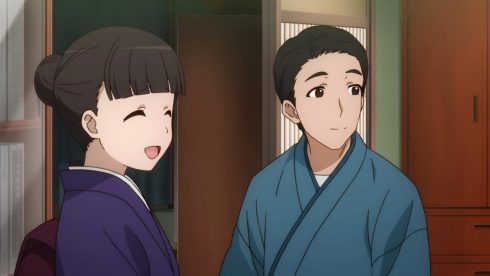 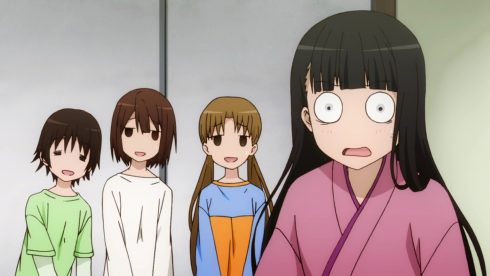 This bolt from the blue proves to help Maon consider things more seriously, and she confronts her parents with her after-school plans for the future – she wishes to study Economics to help better manage the Inn and help them out of their debt – she will pursue her other dreams and aspirations in her spare time as “hobbies” of sorts. Her parents are touched, but then casually inform Maon that she totally misheard the subject matter they were speaking of in private earlier. The Inn is not in a bad financial state at all; they were speaking of spreading around a large party of visitors who were coming soon to other Inns since they would be unable to care for them all with the father having a broken foot and the like.

Maon is … taken aback (to say the least), but is happy, for she was able to come to the conclusion that her main desire in life is to “give back” not only to her parents and the Inn, but also to the island and its community as a whole in gratitude for her being able to have dreams and aspirations in the first place. It is actually a rather healthy disposition to have in my opinion, and it totally shows on Maon’s face. 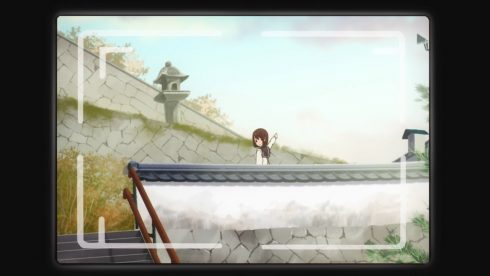 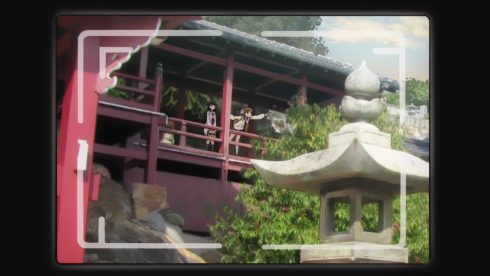 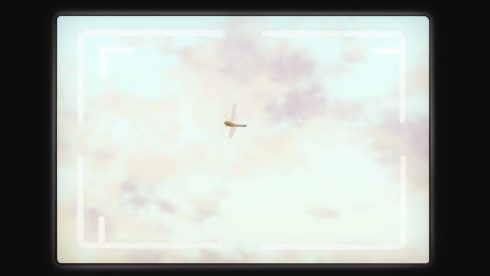 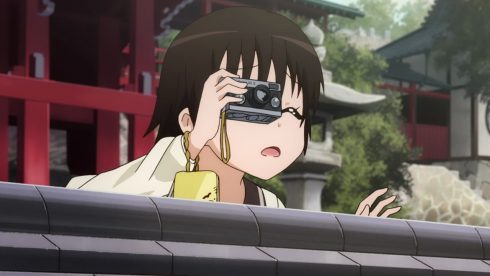 It is then that the narrative turns to Potte and builds up for the final movie’s narrative. The long and the short of it is that Potte is struggling – she has just recently “re-discovered” so much of her father’s “footsteps” and the mark (legacy in her case) he has left while living on the earth and it has helped direct her in the direction she wants to pursue after she graduates. However the immediate means that helps launch her on her path of re-discovery and her immediate set of “landing strip lights”for where and even how she will take off from has been the person of the photographer Shihomi.

And for those who remember she is leaving for Tokyo soon to further pursue her career. Shihomi’s departure, as we saw in the first movie, has stirred something extremely deep in Potte, something she was only able to begin to get a grasp on in terms of its ramifications (again, as shown in the first movie), but which has continued to slowly but surely grow and refused to let itself be “ignored”. 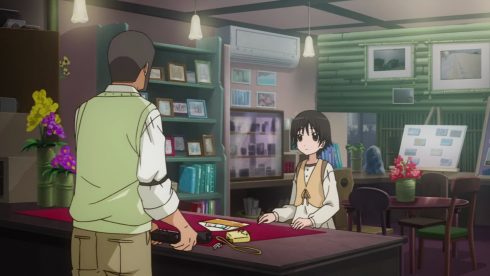 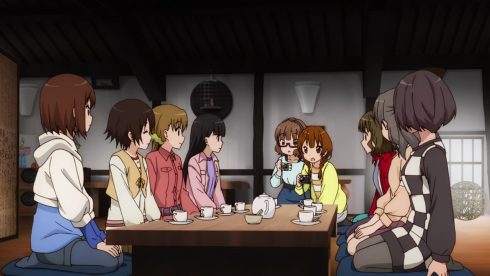 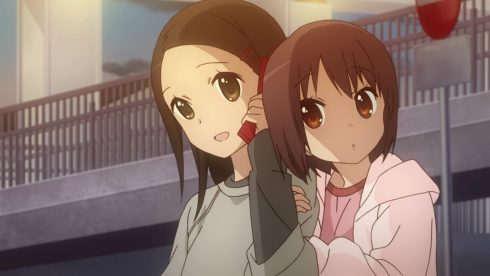 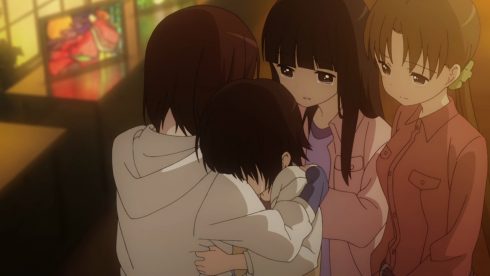 Essentially part of her wants to follow Shihomi to Tokyo and keep learning from her. Yet another part wants to stay in the newly found roots and surroundings in which she has re-discovered herself partly by finally beginning to come to terms with her father’s early and unexpected death when she was a child. When it comes down to brass tacks she is (quite understandably) scared. Very, very scared. And what is more she is so scared that part of her has been trying to bury her growth and yearnings to continue the path she is to choose … in a way and direction that involves a perceived “separation” of some sorts, a “setting out on her own”.

And this is not a “rational” thing … it is an emotional one, and a very powerful, yet normal moving force inside her that is hard for her to see. But other people see the friction and the fear and the stifling going on – particularly Kaoru intuits that “something is off” with Potte and (insightful and clever girl that she is) she guesses the reason and hits the nail on the head. And in such a way that it blows all the fog away for a second and brings Potte face-to-face with her fears and feelings. And unsurprisingly … Potte breaks down weeping (and I did too at this point, by the way). 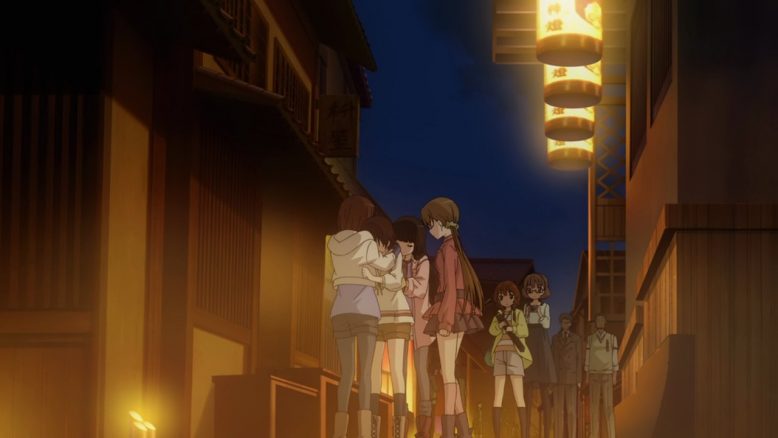 Once again I will conclude the post with the lyrics of the ED, so fitting once again …

With this “the stage is set” for the final movie … and I for one am very much looking forward to it!