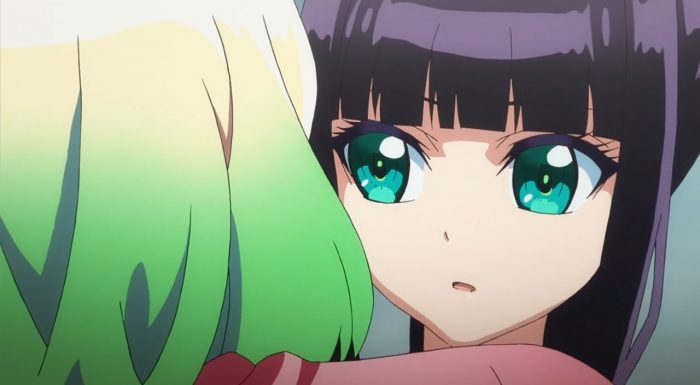 As usual the show is certainly taking its time in moving the story forward. This episode mostly being dedicated to the start of Benio’s friendship with Mayura and also taking more time to note her personal troubles. That Rokuro is starting to push against his trauma and move forward is a good thing, but as one might expect there are troubles for Benio in that respect. Despite the fact that Rokuro hasn’t been dealing with onmyouji for years he is still this powerful. If he gets more serious and really dedicates himself there is the frustration that he could quickly rocket past Benio. Of course there is a benefit to him getting stronger, but I think it’d be hard for anyone who has dedicated themselves to a goal for years to see someone potentially blocking their way to it.

After all part of the goal is revenge against the kegare and destroying them all. But the other part is reaching the top as the strongest onmyouji. Rivals can be good for pushing yourself, but if there is the worry that you won’t be able to compete against them for long….that’s not quite as much fun. It’s just a complicated situation especially with Benio being that young. Both respecting Rokuro’s strength and ability, but also having mixed feelings about possibly being surpassed by them. Was bad enough with the head onmyouji giving the impression that her future was basically just as the mother of their savior, but having no hope of reaching her goal would be pretty devastating mentally. 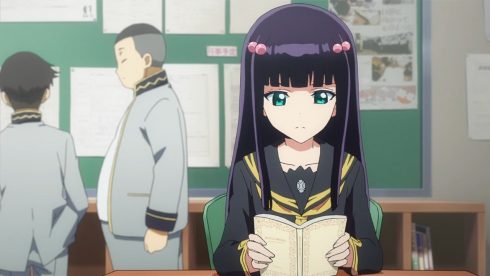 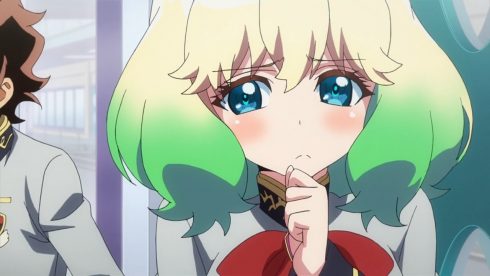 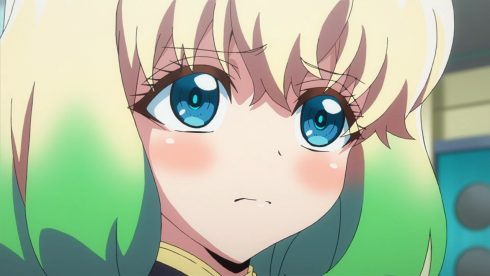 The rest of the episode was part Rokuro stepping into the field again officially and part Benio and Mayura getting closer. I suppose the two main love interests for Rokuro interacting is basically a given XD. In some moments it felt a bit silly that Mayura didn’t know about any of this. That she didn’t inquire as much going on at the dorms or go to visit her grandfather until now. But, I suppose it was better that she became Benio’s friend without knowing all the background stuff first. Better that Mayura actually care about this person without potentially it getting more complicated because of Rokuro and the onmyouji situation. A few laughs to be had with her misunderstanding things pretty well. Seeing Benio as getting involved with thugs and such. Certainly she is doing a lot of fighting though. 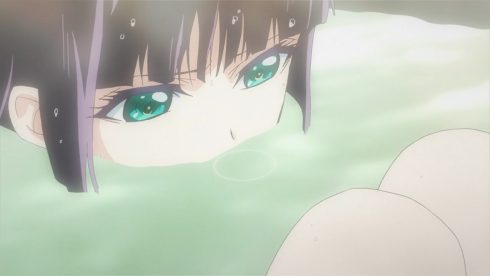 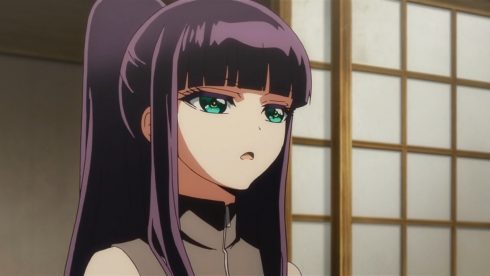 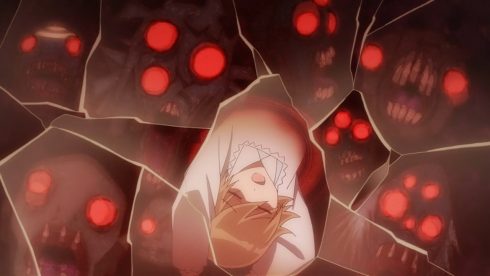 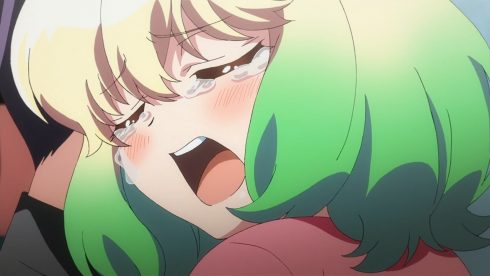 Right now being an onmyouji is the only thing that really matters for Benio. Thus it’s not a big deal for her when she walks out of class to go fighting. School for her is mostly just an obligation that she has to do, but is always going to be secondary to her own dream. Certainly could help having someone like Mayura around. Will give Benio a bit less mystery in the class and also a better source of excuses. Rokuro is kind of standing in the middle right now. Not really making himself leave school to fight and just keeping detached from Benio’s actions.

In the end Mayura’s feelings and actions were genuine. She cares about Benio and was worried about her. Maybe more worried because she knows what kind of things Benio is involved in. And really, Benio needs someone more than an annoying familiar to talk to. Can’t really talk about her current feelings easily with anyone at that dorm. 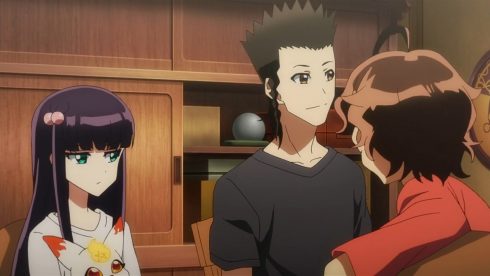 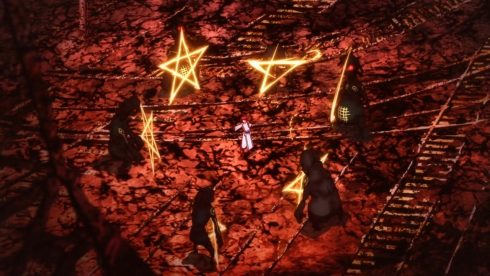 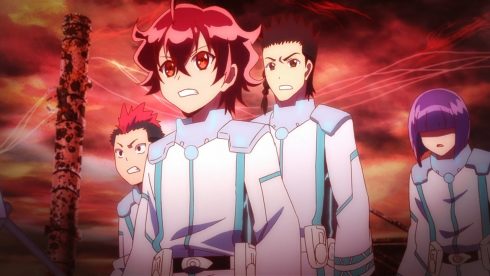 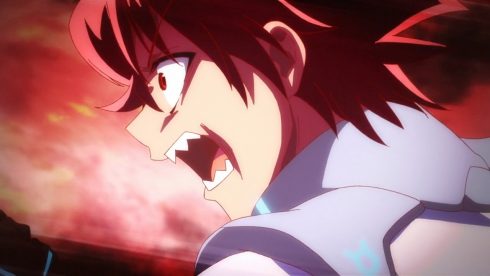 The rest really was just about Rokuro getting back out there. The courage to stand and fight again, despite what happened in the past. Although it’s hard to create a real sense of tension with him. You know he has this super arm that he can pull out to one-shot the powerful kegare. Thus, Rokuro freezing up or looking worried just feels off. A lot of it can be blamed on the trauma. Even if he has the power to take these things out, the fear of losing everything again is still very impactful. Rokuro has to keep pushing himself to not get sucked into his past and face the present. Though it does leave his allies getting beaten up a lot more than they should. I understand conserving energy and that arm for the bigger enemies, but when it pops up….get serious. Right now there shouldn’t be that much tension in his fights. Not until something more powerful comes along. 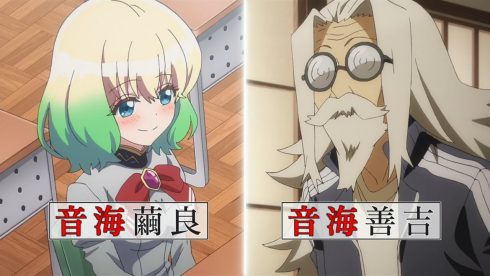 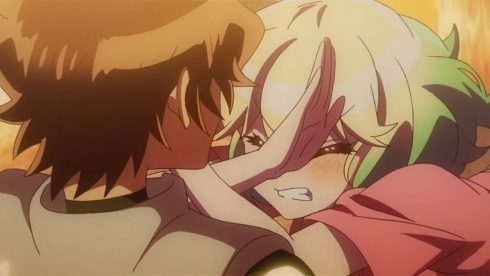 In the end it was a solid episode. The story is moving along pretty slowly and I presume continuing to flesh things out for the characters. Probably spent more time on seeing just how dedicated Mayura was to getting closer to Benio than the manga might have. Which is fine, fleshing things out for the setting and characters can be a good thing. Curious to see where things go from here though. With Zenkichi finding something of interest which probably isn’t good news for everyone else. Might be the turning point where things really start to get serious for the main cast.