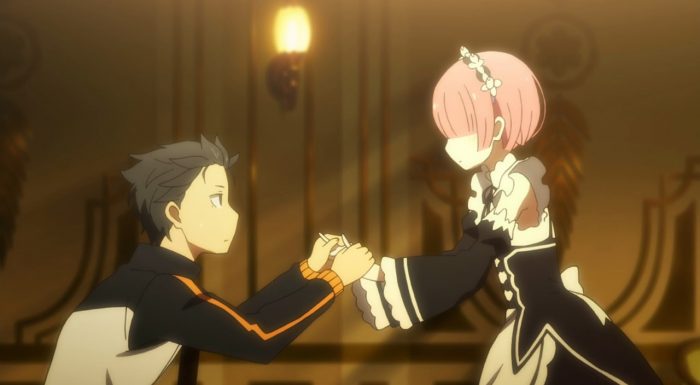 Well I suppose that takes care of the random theory that Subaru getting bit by the dog mattered all that much in the bigger picture XD. Though the downside is that the ending to this episode is a pretty heartbreaking one for Subaru. I kind of share his feelings on that one. While initially I did think the twins were a strong possibility for the perpetrators of the killing…most of that was honestly put on Ram. I feel that I now owe Ram an apology since I didn’t give Rem a very large possibility of being the killer in this case. Though there may be more to this than one might think, it does seem completely confirmed here that Rem is a major perpetrator. In that sense though that does seem to put the nail in the coffin that Roswaal is behind this whole thing. Hard to believe that Rem would take action on her own without given any orders to do so.

Of course taking the story Subaru told into consideration, it’s at least a possibility that Rem is taking action on her own. Either to prevent her sister from having to do so or because she wants to protect the household that much. At this point I’m somewhat at a loss. Rem was a possible suspect, but between the sisters I didn’t think she was the biggest one. Suppose like Subaru I fell for the trope of Ram covering for the things that Rem isn’t good at since she’s so elite at cooking and cleaning. Her handling of knives also made me think she was more likely the hit-girl of the staff. Especially with how well she and Subaru seemed to get along in the previous episode, I didn’t think that Rem was that likely. I had to lean a bit as well to magic since we didn’t see a weapon the first time. 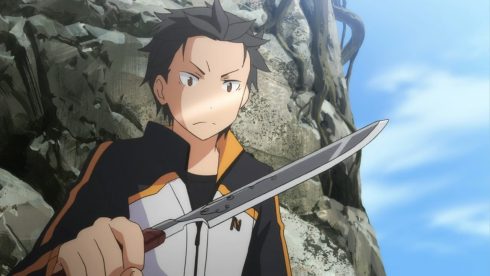 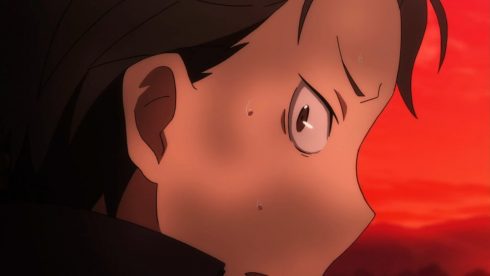 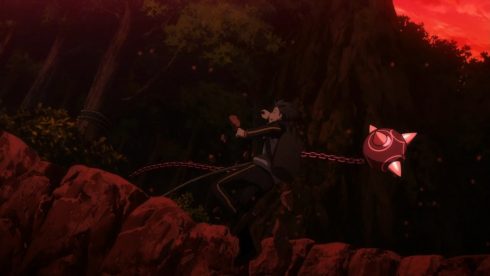 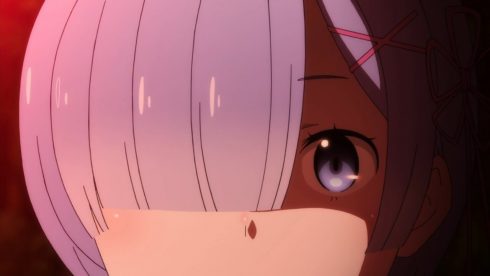 Sadly it does make sense that Rem was involved in all this. If you are going to consider poison an option for the killing then Rem who handles the meals is the most likely option. Possible as well that the extra bit of shopping was needed because she needed to pick up supplies to mix the poison. When Subaru decided to leave the day of the killing then she had to switch gears and choose a more aggressive method right out of the gate.

At least Subaru has some chances here. He hasn’t been poisoned this time so his movements are sharper and he can handle that attack a bit easier. Of course whatever advantage he had might have been lost by Rem coming out. The psychological damage of someone he’s gotten along with pretty well through a few lives trying to kill him could be devastating. His reaction speed might be ruined at this point. The combat mode he was in mentally has really been lost now. 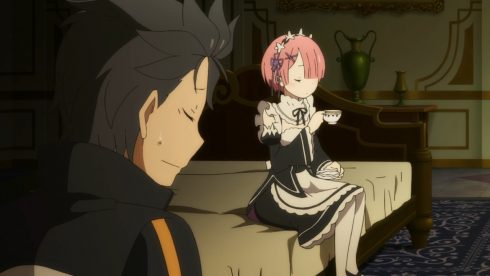 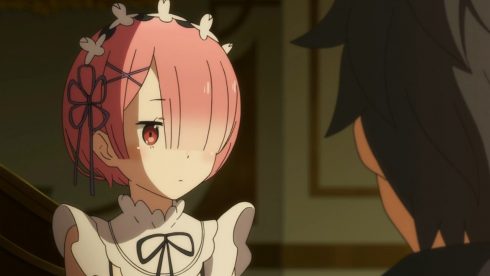 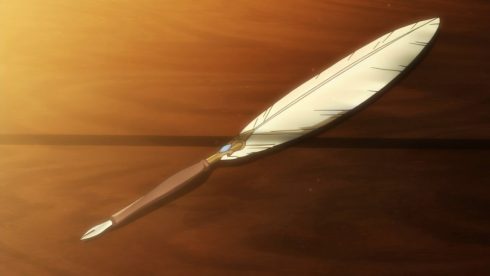 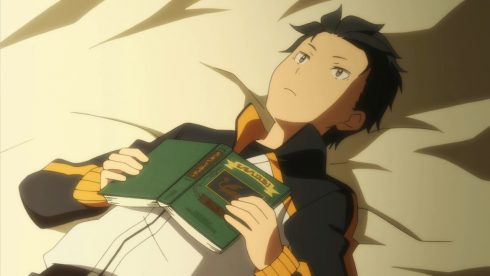 Of course now we have to take that story into consideration. There was enough from the past few runs to conclude that these girls are monsters of some kind, demons, ogre, and whatever else might be out there. I think it’s fair to pretty straight up compare Rem and Ram to those ogres. That Rem is the self-sacrificing type that will hurt herself to save her sister from taking on unpleasant tasks and that Ram is the type that can’t do anything herself and has to rely on others. If you look at it in that sense then very possible that Rem is hurting herself in order to prevent Ram from having to kill Subaru. Something that she feels Ram would hate doing. After all despite her personality, Ram does also get along with Subaru pretty well in most attempts. Very possible that Ram wanted to leave isolation and interact with people and Rem ended up going along with her in that.

It does give me some thoughts on how they can get through this. As much as trying to get along with Rem would be a good idea, it’s probably Ram that is the key. If Subaru can convince her that he’s not a threat and get her to try and intercede with Rem, then survival should be possible. Obviously getting to the point where Roswaal would order them not to take action is ideal, but dealing with the killer straight on is probably a route Subaru will take. Subaru’s choice of befriending both in this episode is likely his path forward in this dangerous situation. But whether he can handle that is another question entirely. Facing Rem again if he dies here will be tough, and trying to survive this attack will also be tough. He didn’t have to get along with Elsa after she killed him, but hold his ground and fight. This attack is coming from someone he trusted and thus is more agonizing. 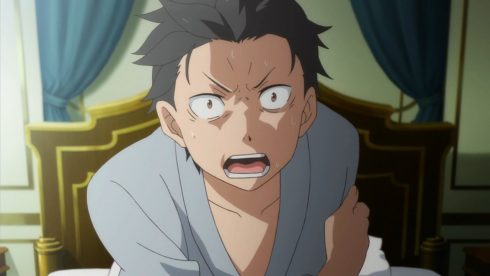 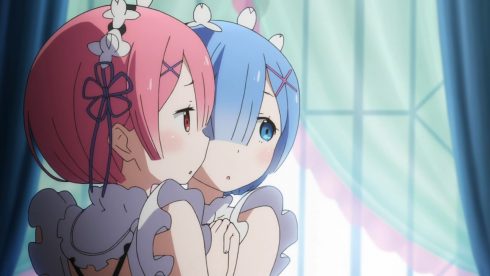 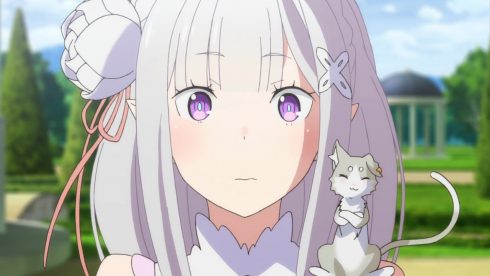 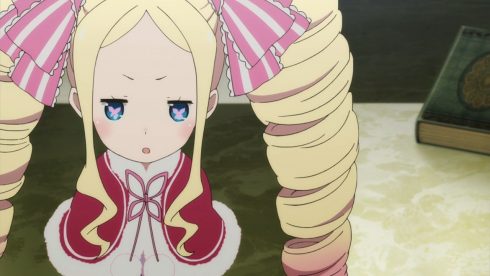 Subaru deserves a lot of credit though for how hard he struggles onward. No shock that he freaked out when he first came back, that last death was horrific. Spending time after he wakes up with Beatrice to calm down is a good tactic. Though whether he can get along with her to the point that she’ll want to help him is another question entirely. He’s figuring her out bit by bit though. Credit to Subaru for fighting on and at first considering that the attack isn’t about him, but Emilia and company. Not just looking out for himself.

Another interesting point was that Beatrice was the one who healed Subaru. Emilia’s healing abilities can be impressive, but only stabilize a fatal injury for a time. That knowledge might be good to have going forward. Both of Emilia’s current limitations and Beatrice’s abilities and assistance.

Subaru is also figuring out aspects of Emilia as time goes along. It’s tough that she has to be reset each time, but he does learn something and gain a greater desire to get closer to her. Luckily Emilia is a lonely type that is easy to please, so if Subaru is friendly and determined then he can close that gap each time. Plus her laugh is a good way to end a lot of conflicts. It’d be nice if Subaru could lean on Emilia a bit during this since at the very least Rem wouldn’t attack her. Is nice that Subaru can get along well with Puck as well. Those two will be good friends by the end of this if Subaru can find his way out. 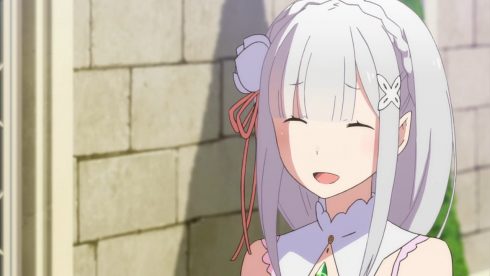 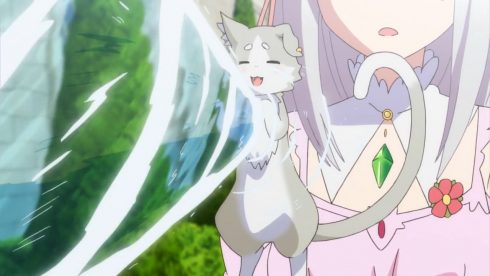 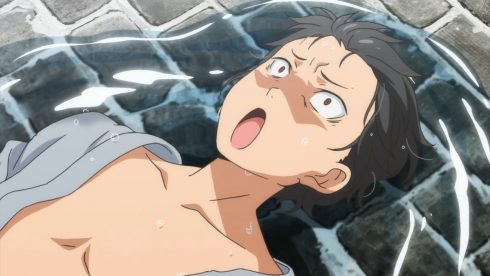 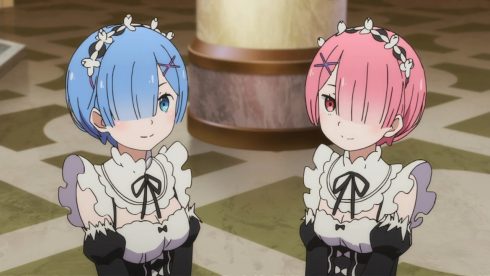 Another strong episode. Subaru spent a lot of this trying to figure out the truth and continuing learning the language. Unfortunately his good efforts are met by one shocking revelation. That Rem is trying to kill him has to be more shocking than anything. Hopefully he can get a bit of information out of her if survival isn’t possible. Just a tough moment there for Subaru. Next episode should start out with more action since he actually did make it through this one alive. Subaru’s actions going forward will be key. Whether he can handle the fact that Rem is trying to kill him and figuring out why is tough to say. But, he’s got to figure it out and survive. A difficult situation, but at least Subaru isn’t giving up. Just carrying on his agony and despair as he seeks the way ahead.