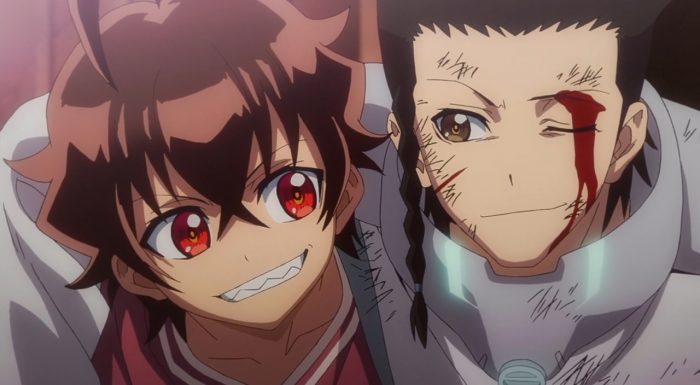 That was a nice change of pace, finally having the main leads fight together and not against each other. While you couldn’t easily say they have good teamwork at this point…they at least avoided really getting in the way of each other. Both of them having their skills and strengths, this fight allowed both to show what they can do best. It was a pretty spectacular rescue mission to get Ryogo back. Certainly a situation that would have been utterly hopeless if those two hadn’t shown up to the fight. They did a nice job there. 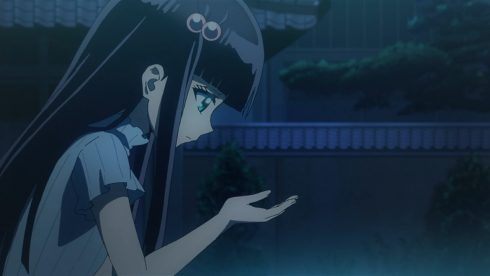 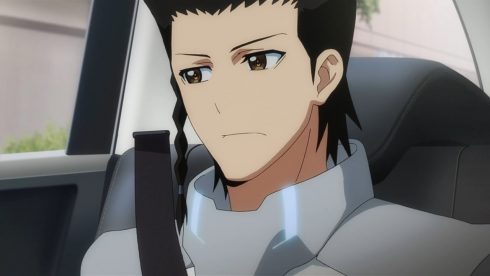 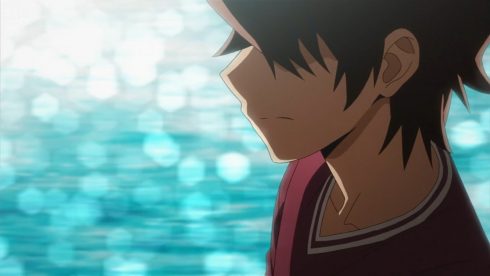 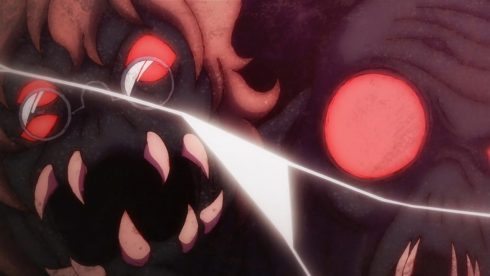 Not an overly complicated episode. This time around the focus was on Rokuro and Ryogo. Certainly there was enough shown to let us know that these two had a long history as friends and brothers. Of course Ryogo wants Rokuro to get back out there because he does shine the most in a fight, but mostly because he wants his friend to not just run away from his past. If Rokuro was clearly happy and didn’t have regrets then that might be one thing, if he had decided after facing his past that he was done that might be ok too. But as things stand it isn’t a good situation. Can see as well how for a kid like Rokuro, having this pushy older brother figure can frustrate as well. All the more so when he’s talking to someone he’s having a tough time dealing with like Benio. The trust that Ryogo has in Benio might have been a frustration for the ‘younger brother’ in this case.

While the trauma was apparently pretty extreme, in some ways I’m still surprised that Rokuro never told Ryogo about what happened. All these years and nothing? I know Ryogo is an onmyouji as well and Rokuro was turning away from that…but still surprising. At the very least Rokuro should know that it’s hard to be angry at Ryogo when he’s looking out for him and Rokuro himself hasn’t really confided in him that much. At least by the time Rokuro got back his head was sufficiently cooled. 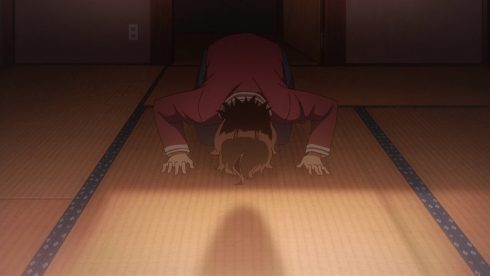 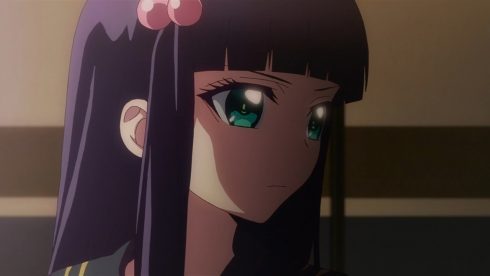 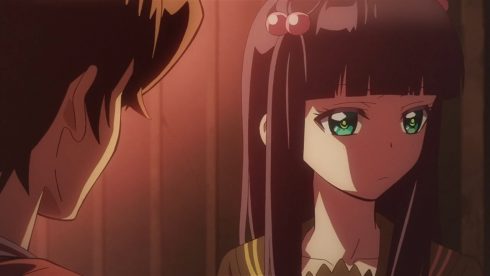 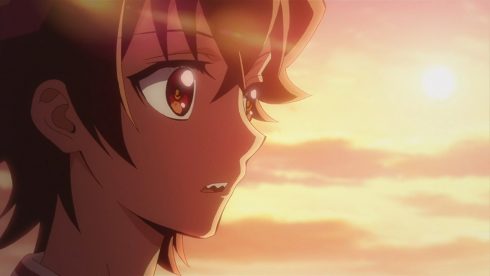 It was a pretty noteworthy scene having Rokuro of all people asking Benio for help. Shows that in the end that Rokuro cares more about Ryogo than his pride or even his past. What’s the point of running from the past if it gets your family killed in the present? He didn’t waste any time in going to ask for help and doing everything he had to in order to secure that assistance.

Of course credit to Benio who didn’t waste time either in agreeing to help. This is what she does anyways. Also to her asking to help save a life isn’t something you should bow down for. Helping is something she should do and thus she’s ready to get out there. While Rokuro was getting his request out, she was basically getting geared up anyways XD. She was definitely prepared to go out there, but certainly was thrown by the emotional plea for help in this case. Took a few moments to find her words and get them across as well.

The last scene for them was a pretty good one as well. A long road ahead to them actually getting along, but they managed it for a short time. Both have quirks that they dislike about each other, but through this they found there are things they do like as well. Benio lent her strength without question when Rokuro needed it and Rokuro’s ability to fight without being stopped by his trauma was impressive as well for Benio. So in the end Rokuro hung back to wait for Benio who was doing the proper thing for someone in their line of work in finishing the job. Rescuing Ryogo was the priority, but failing to finish the job would leave it unfinished. 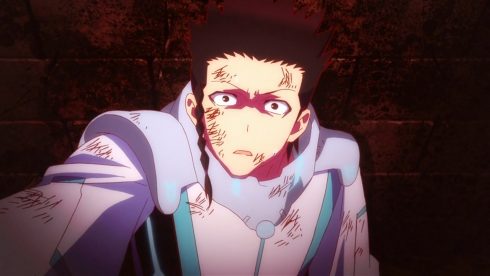 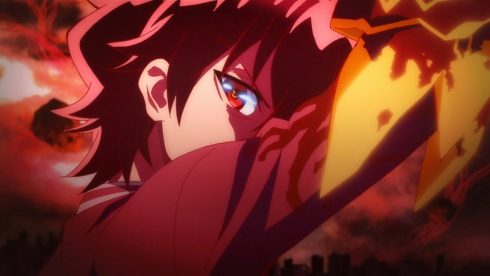 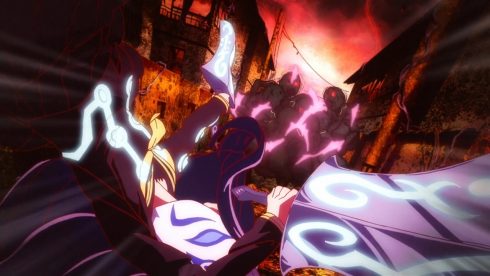 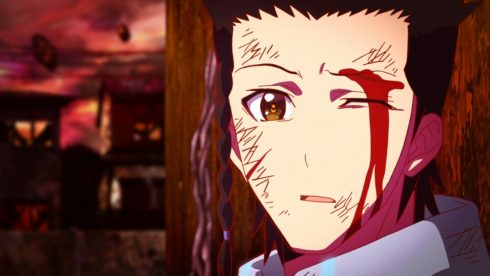 Heck of a tense scene with Ryogo by himself in that place. He’s not MC level so this really was a life or death struggle for him, one that he knew was likely to end in his death. He was just forced to run, hide, struggle, and slowly get beaten down. It was a messy struggle with the kegare basically playing with him. Getting some damaging injuries in and slowly just wearing him down. Credit for holding his own when it counted…but still a messy situation.

The fight itself was pretty fun. You got to see these two both doing what they do well. Rokuro having a bit of trouble with the pure numbers of the smaller ones, but handling the larger threats without a great deal of trouble. Good to have them just focus on what they both do best. Let Benio speed through the smaller ones and Rokuro punch the larger ones into oblivion. He had plenty of reasons to be pissed going into this fight and vented pretty well. 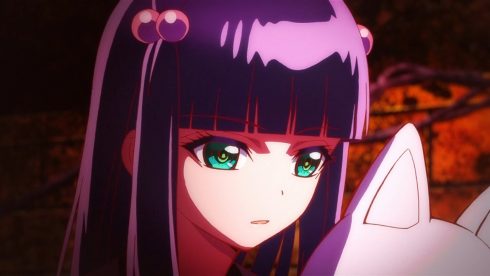 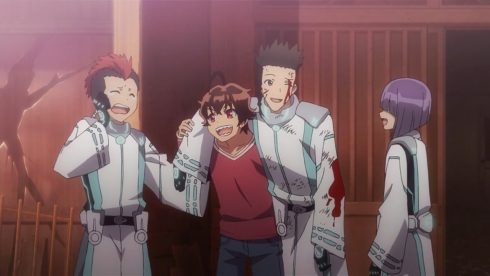 Overall not a bad episode. There was some decent tension at points since Ryogo didn’t know he had backup that would arrive in time. It seemed a safe assumption, but regardless he paid a brutal price in those injuries. Was nice to see the main duo fighting together for once, though a long road ahead before they’ll be perfectly fine fighting together. Will see what happens from here since there are bound to still be people with doubts about these Sousei.