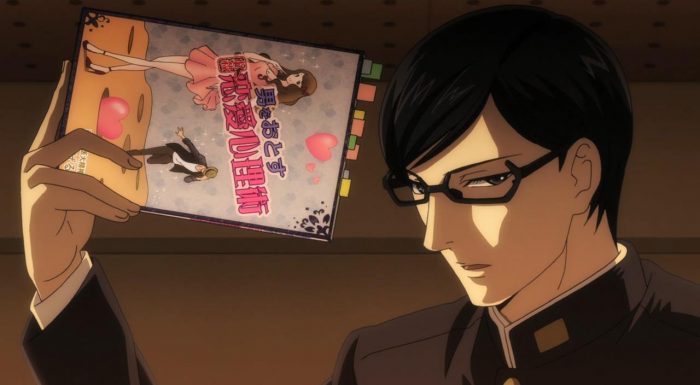 Sakamoto desu ga? is slotting itself into the exact position that I thought it would. This is a show that’s never going to be consistent, averaging between “not bad” and “darn funny”, and I think that’s what this week’s episode proves more than anything else. Sakamoto, by himself is a one trick pony of sorts, he’s gloriously over the top, and gloriously “cool” in a very stereotypical way. And very much like I said last week, this show is going to live and breathe by its other characters and how well they play off of Sakamoto himself.

To that end, this week’s offering didn’t quite work as well for me, if only because the characters we encountered weren’t all that memorable or even all that interesting. I can see a general pattern evolving from this show as a whole, and that’s to take other stereotypical high school arch types and pit them against the enigma known as Sakamoto. Problem is, if you use archetypes then you’re kind of locked into a specific type of story. 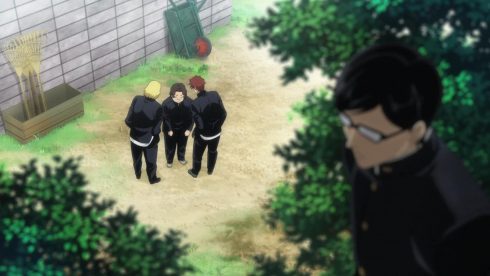 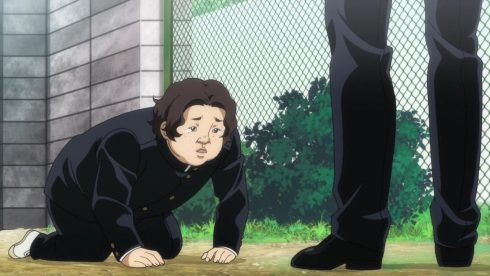 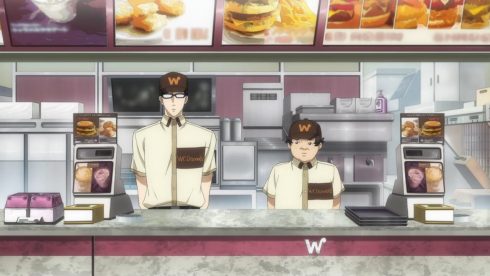 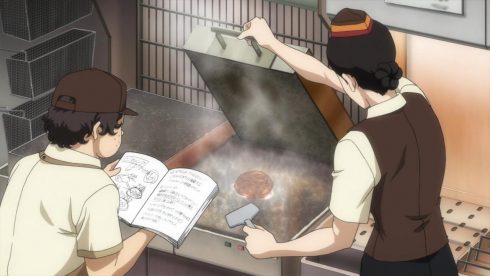 That’s kind of what goes down with Kubota. Kubota’s a bullied, overweight kid that just doesn’t have the ability to stand up and fight for himself and his pride. Thus Kubota’s story plays out as you’d expect. By interacting with Sakamoto, he learns the value of hard work and gains the self worth to fight for himself. Its a by the numbers story, and the only real humor in all of this, is in how Sakamoto takes a very unorthodox approach to helping Kubota.

Instead of maybe fighting the bullies himself, or anything like that, Sakamoto ends up getting a part time job at a fastfood place with Kubota. Its chuckle worthy sure, and there are a few moments of Sakamoto basically attracting all the women in the vicinity, but there’s no laugh out loud humor here. 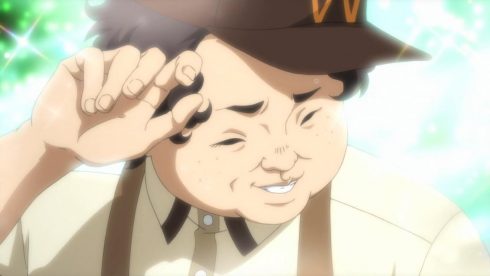 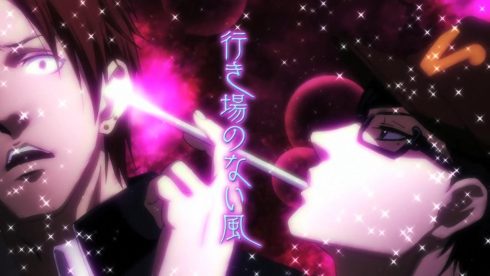 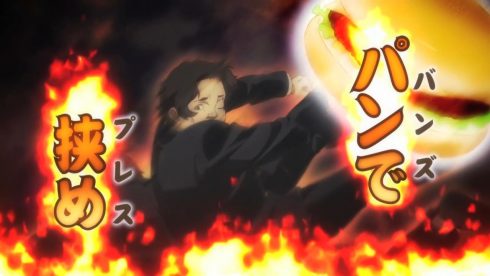 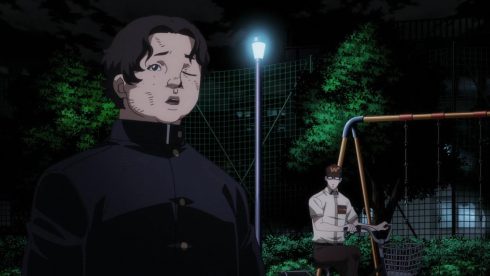 Even the first half’s main moment, with Sakamoto and Kubota using secret techniques based off of fast food work, kind of falls flat. Its a good attempt, and some may definitely find it funny, but for me it just kind of is what it is. I get and respect what the show is trying to do here, but as is the case with humor, its very subjective. Plus, the bullying angle itself has very dark undertones to it, so any kind of humor was going to have to work overtime to compensate for that.

Of course, Kubota’s journey is only the first half of the episode, and its in the second half that we actually get to the story that was teased in the preview last week. Unfortunately, much like Kubota’s story, Aina’s story isn’t all that much better. Who is Aina? She’s your stereotypical high school girl that loves getting guys to fall for her and then leads them on. Her latest target is Sakamoto himself, but as she quickly finds, Sakamoto isn’t all that easy to distract, let alone impress. 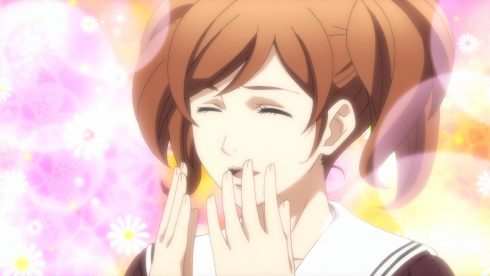 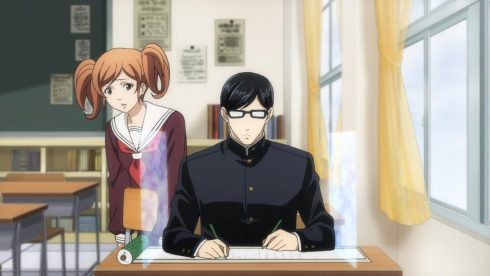 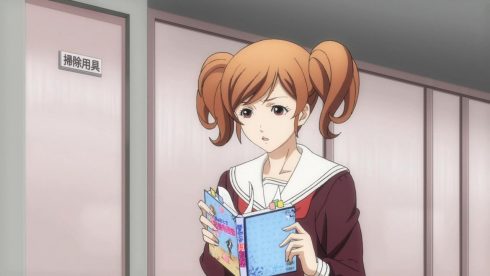 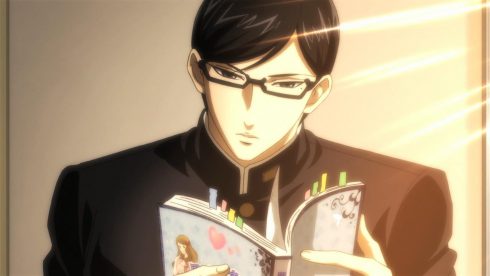 Once again, I really felt like I was getting the joke, but that it wasn’t hilarious. Aina is using a psychological techniques book to try and conquer Sakamoto, and Sakamoto’s kind of doing the same thing, yet in a more general way. Aina’s story ends up becoming a simple tale of high school girls finding common ground, and becoming friends. And while that’s pretty standard, I will admit that I did find some moments in the episode funny. Moments like Aina triying to get close to Sakamoto and finding that he was ambidextrous, or Sakamoto’s first name just never being said, are funny for sure, even if they were the exception more so than the rule.

To be fair, there are more than a few funny moments thrown into the episode here and there. The three delinquents from last week make a reappearance in the first half, and one of them asks “Sakamoto” for a smile, which is funny only because it plays against general convention. Then of course, surprisingly so, Sakmoto himself looks absolutely silly when he’s playing the whole “I’m possessed” bit. One of the unwritten rules of the show, I thought, was that Sakamoto was never going to look lame or weird, but I guess that rule is more of a guideline, than anything else. 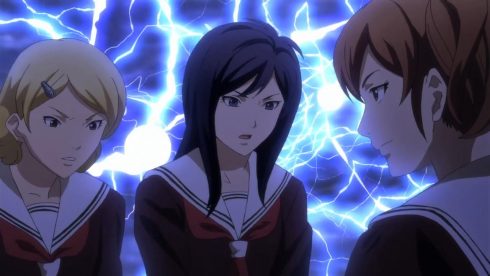 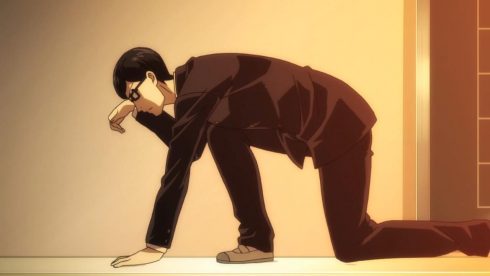 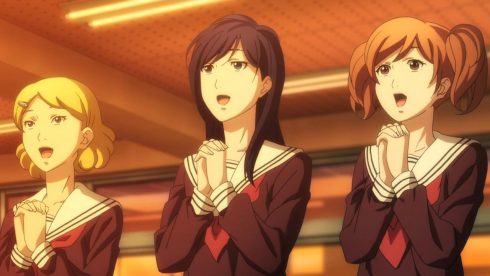 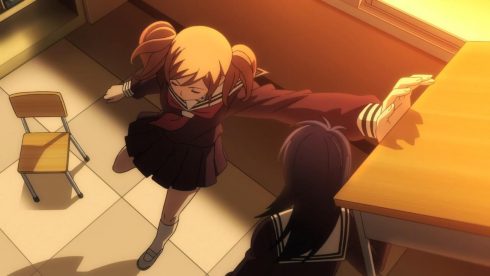 At the end of the episode, I found myself mildly amused, but nothing more than that. That’s kind of part of the package though, as I never quite expected all of this show’s jokes to stick. Some of them will, some of them won’t, and not all episodes will be equal. Regardless of what state the humor is at, I do think that Sakamoto desu ga? is never dull or boring, so that makes it all fine in the end I guess. 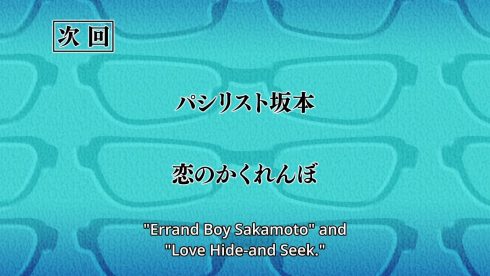 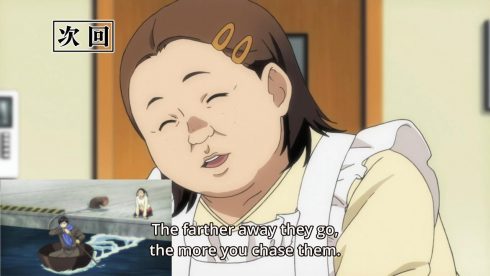 Is that Kubota’s mom? Sure looks like it. I guess we’ll find out next week.