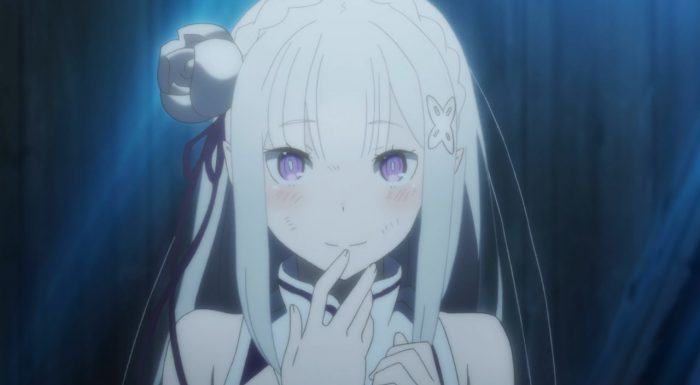 Whew, now that was one heck of an awesome episode. This was a pretty intense episode with most of it being another conflict against Elsa. Someone who quite frankly is even more terrifying than I thought. We saw her fight in the first episode, but this was something else. A monster willing to chop off the sole of her foot in order to escape Puck’s trap. I had the delusion that if everyone there stood together they could handle her. I figured with Subaru’s stubbornness, Felt’s speed, Emilia’s magic, and Rom’s physical strength that they had a shot…..they really didn’t. Well that’s not entirely true. Emilia and Puck were kicking ass for most of their turn. If it had been earlier in the day they might have been able to win the fight. And Emilia did have a trump card up her sleeve. But…it wasn’t something usable since it appeared to be on the level of nuking the building and killing everyone still inside.

This conflict was just badass and awesome. The whole threat of death is such a big thing for an action scene. This show has an interesting setup where there both is and isn’t that threat. If Subaru dies everything resets. But Subaru has to die and the show has done a good job making sure that death isn’t something to be laughed off. It hurts and it isn’t pleasant in the slightest. Subaru really had to fight and suffer for his survival. But the fact that they could all die is a real threat that exists in the show. Having that be reversed doesn’t for me take away from the stressfulness of the situation. As the fight went on I wasn’t sure what would happen or if they would all die…it seemed very possible. Even when Reinhard showed up I wasn’t sure if he was going to make it. That’s one thing I give this show top marks for, making me care and making me wonder if people will survive a given encounter. 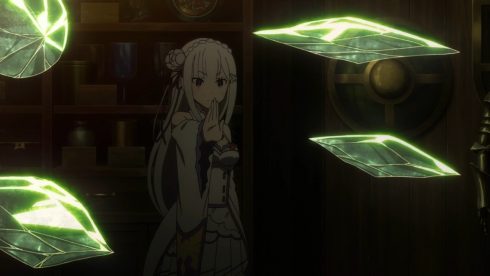 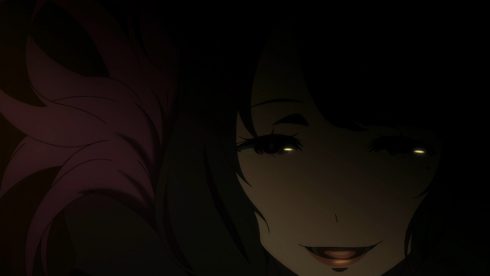 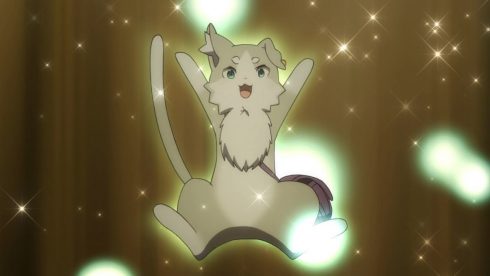 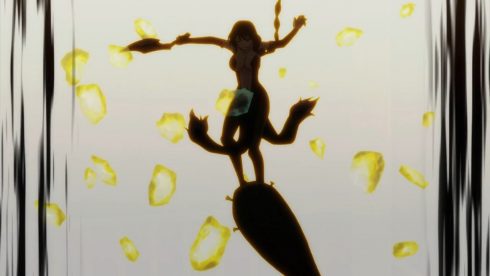 This was a pretty intense fight from start to finish. I have to give Emilia (I’m so glad we have her name now) and Puck huge credit. I wasn’t sure how strong they were really. I mean they beat up some thieves, but we didn’t see what they could really do and how powerful Puck really was. Standing ovation though, because Puck is pretty darn awesome. He responded fast when Subaru warned him about Elsa and frankly they had her on the ropes. If they had even another 30 minutes with Puck there…they could have won. It might have been close since we did see that Elsa had quite the extra gear to her in that fight against Reinhard, but you never know. Puck was pretty badass and had a great attitude during that showdown

It was some impressive efforts all around really. Good old Rom made a solid effort out there. He didn’t avoid serious injury, but he wasn’t killed this time. They knew how dangerous she was. Felt wasn’t just sitting with total confidence, the fight earlier was enough to show that this was a monster that couldn’t easily be stopped. She didn’t prevent the injury, but I do think her last ditch effort to protect Rom negated the damage just barely enough to avoid him dying. It bought enough time for Emilia to get her healing in. 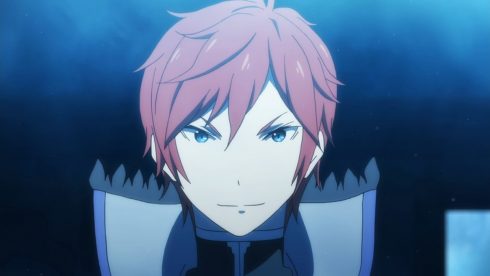 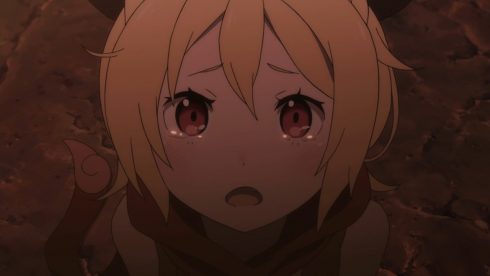 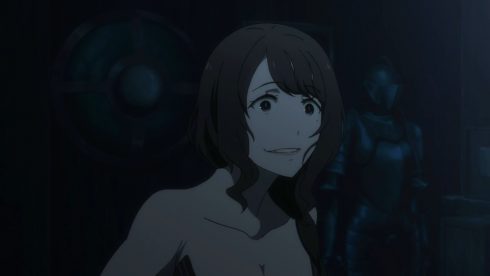 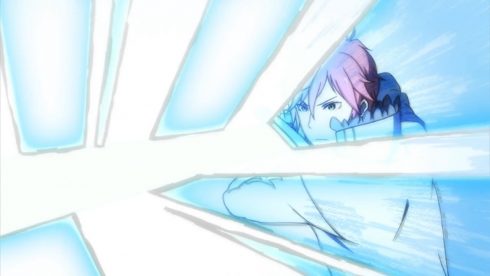 Praise be Reinhard! That man is a true badass XD! I wasn’t sure if anyone could handle Elsa, but he got the job done. I thought he was pretty strong, but he’s a monster on another level. He was able to repel Elsa. Even she had to retreat after he unleashed that massive attack. Elsa did have enough in the tank to try one desperate effort, but Subaru did serve as a meat shield there. Words seem a bit lacking to describe how utterly on top of things he was there. The man was amazing. He not only won, but he used only as much as he needed so Emilia could use her spirit arts to heal Rom. The guy was a true knight.

I don’t know what the reasoning behind his actions at the end were, but he’s not a bad guy. If there’s anyone I can’t imagine being a villain in this scenario it’s him. He stepped into a fight against a monster and seemed willing to let everything slide. I don’t know if it was something about Felt, the insignia, that she stole it, or that someone told her to steal it….but there was reason enough for him to feel a need to bring her in. Hopefully she’s not going to get executed or something. I don’t know the situation, but I can’t see the group going along with that. 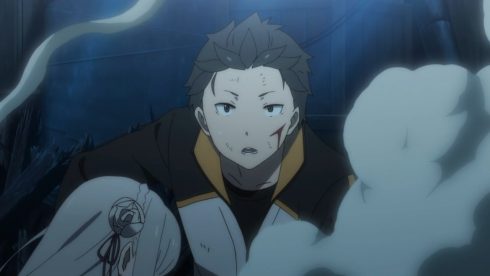 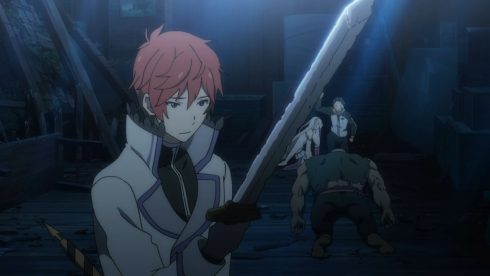 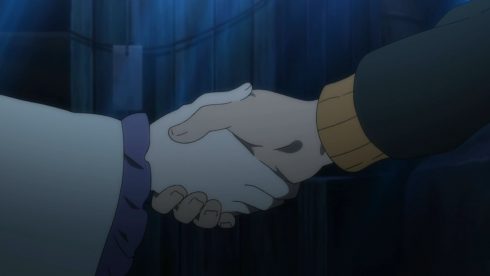 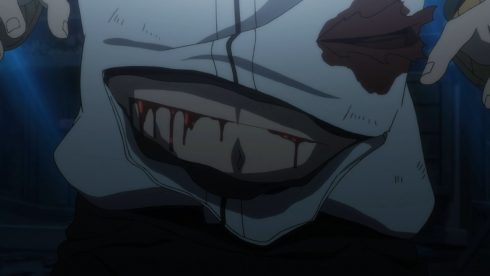 In a sense it is kind of ironic that Subaru has such a great chance to make good impressions. From Emilia’s point of view here is someone who without reason went above and beyond what a person would do. He helped Felt escape Elsa, he fought desperately and tried to get back her insignia. Despite the fact that from her point of view this is the first time they met. As he struggles to find a way to a happy future….Subaru is going to make himself look great during his successes. The impact wasn’t just one Emilia, but also Felt. He stood up for her and helped her escape. That in turn allowed her to reach Reinhard who stepped in to save the day. Their friendship could be something to watch going forward also.

But he’s earning every single success he has. He knew how bad things were when Elsa got going and that he could very well die once again. For a moment he did think about just hitting the reset button, but yeah there’s no easy way to accept dying a painful death like that. Dying is horrible and I’m glad he continued to struggle on. He did what he felt was right and let Felt get out. He’s only a couple years older than her, but he made the judgment call that having her escape was right. Couldn’t let her die again like she did before. 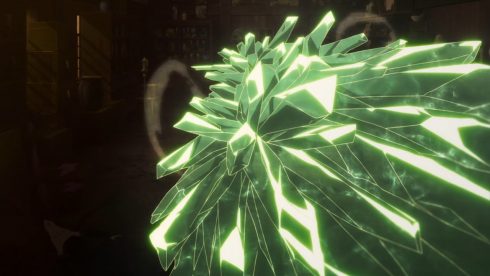 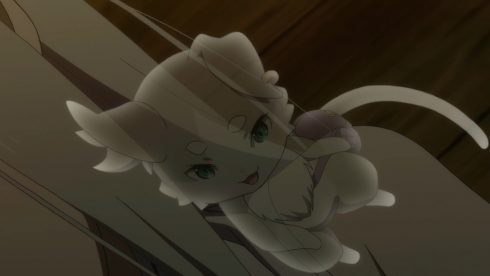 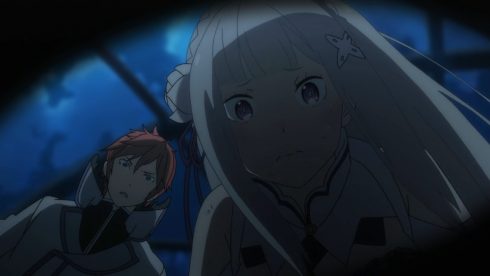 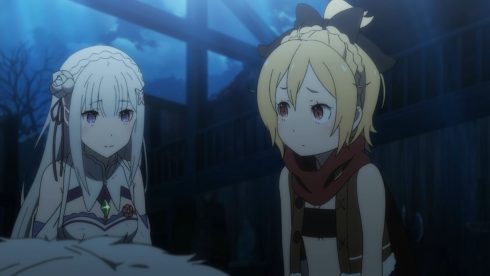 A really good episode. I enjoyed the action tremendously, even though it did have a lot of stress attached to it. I wasn’t sure if Subaru would make it through this or if there would be a reset again. I’m also curious what this means for his future. With a show like this….I’m sorry to say I can’t see him not dying again at some point. This may be a good way to find out how his power functions. I’d hope like hell that he doesn’t end up going back to the appa store again. Having to fight Elsa like this again would be horrible. Hopefully whatever his next save point is….is after that fight.

Excellent episode and I can’t wait for the next one. Credit to the show for cutting the OP/ED in order to make sure they could animate even more of this showdown. Subaru reached one goal point. They avoided being massacred by Elsa and he finally got Emilia’s name. Nearly died once again, but in the end….a good job done.