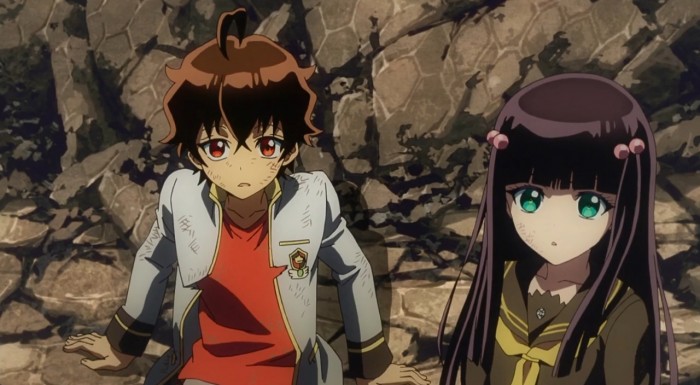 I’d say this episode in a lot of ways surpassed the first one. Getting the chance to tap a bit more into what drives the main duo Rokuro and Benio. Plus if movies this year have shown us anything, people do enjoy watching the heroes go at it XD. Having these two face off was kind of essential from my point of view. The last episode showed the spectacular power of Rokuro to wrap things up and did leave the question of how balanced these two are. Something that I give the show credit for making part of Benio’s character for a good part of this episode. That was a spectacular display of power and did make me and apparently Benio wonder how she measured up.

This episode didn’t have that many surprises, but it handled things very appropriately. There was still some great action, but also some time spent with the main duo and understanding them a bit better. Clearly more to learn about Benio’s background, though we can get a fair picture of what happened to Rokuro at this point. Having a lot of friends who were onmyouji and losing them in a tragedy. There are still questions about how he got that arm (since he clearly lost his in that incident) and his power, but it’s clear enough what kind of horrible event happened. 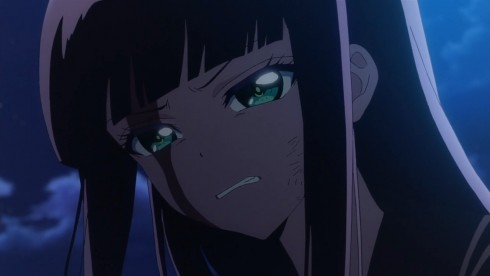 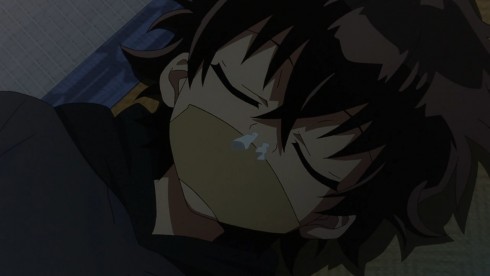 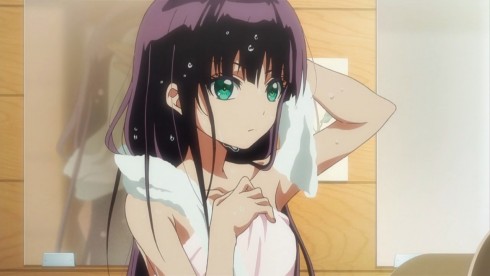 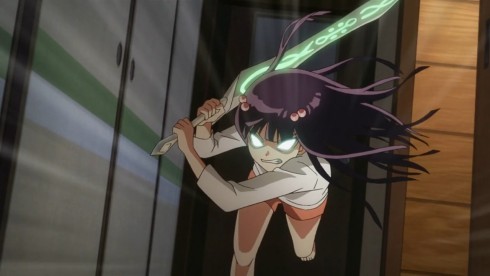 The aftermath of last episode was pretty strong on both characters. In their own way, they were both frustrated with each other. Rokuro was pissed partly because she used up all his money, but probably mostly because she reminded him of things he tried to forget and ignore. The loss of his friends, having turned his back on his childhood dreams, and potentially the dangers of what happens if you don’t have as much power as you think you have. A lot of reasons that he’s actively frustrated.

It’s the same for Benio as well. Here is someone who demolished a massive threat that she couldn’t finish off. Doesn’t matter that she did damage or slowed it down, she couldn’t finish it. He could with one massive attack. Taking a hit to her pride that she isn’t necessarily the most powerful person out there. And maybe also to do with her backstory with her brother. Someone who may be dead or something else. She has her own reasons to be chasing the top and having someone challenge that has to be frustrating. On a lighter side we did get the fun PJs for Benio which leaves you smiling.

And of course you have a few clashes between them that pop up. While they did play into the “walk in on the girl” cliché, at least Rokuro unlike many male characters has some semblance of reaction time. Realizes the situation and pretty quickly slams the door shut. Doesn’t stand there for 30 seconds while he decides how to react to the situation. Does of course play out normally past that point with Benio ready to chop him down to pieces. 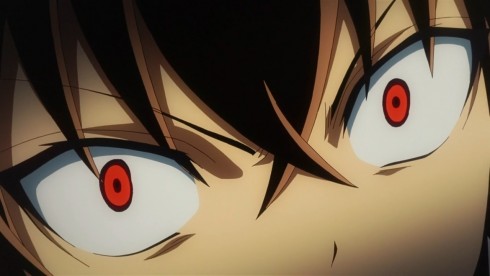 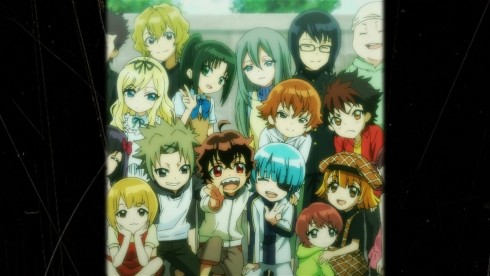 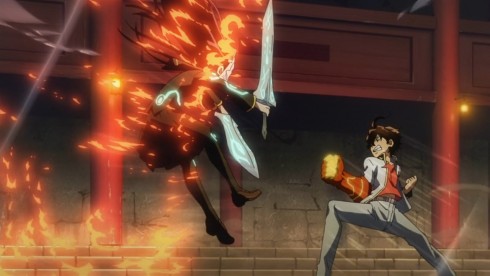 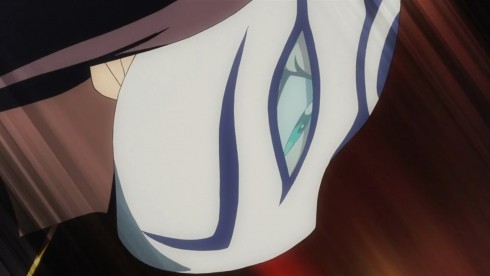 Of course for me the highlight was the eventual showdown with these two. Having Benio and Rokuro clash both shows how strong they are, but also helps define them pretty well. I appreciate that for a good while that Rokuro wasn’t interested in picking a fight for a good while. And even once he was….it wasn’t Benio he wanted a piece of. Maybe it was an obvious bait, but understandable that Rokuro would bite. Those deaths completely changed his life. He abandoned his dreams of being the most powerful onmyouji, he stopped fighting period except for recent events, and he turned his back on this world. So basically dragging those people through the mud, downright insulting his dead friends…yeah that would piss him off even if he knew he was being baited. There was no letting that go.

I also get where Benio was coming from. She wanted this fight as soon as the next day after they met. The hurt to her pride was too much to ignore. Especially from someone who was turning his back on something she has put everything into. She has reasons to be chasing that dream and can’t stand being overwhelmed and losing. Clearly she’s lost a lot as well. Her parents are downright confirmed to be dead. Wanting to wipe out the creatures that did that to them…that’s not unreasonable or shocking. Pushed into a corner she unleashed some insane speed there and really made it a fight where….who knows how that might have played out. Either way that last exchange would have been a dangerous one. 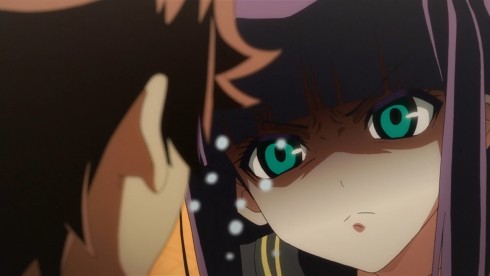 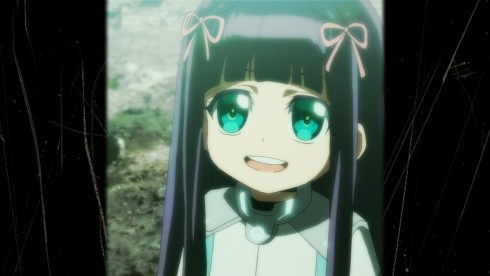 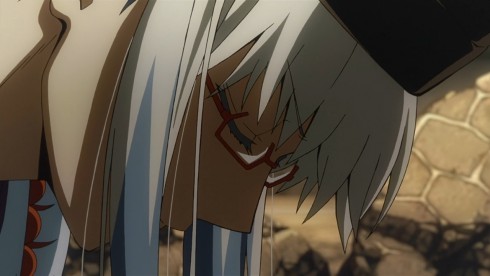 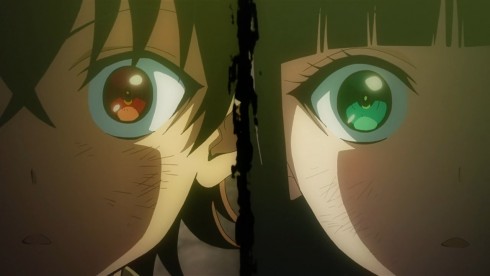 Of course you have the shocking announcement, but also it’s hard to read this head onmyouji. Didn’t have any problem in staging this fight. He may have apologized afterwards, but not sure in Rokuro’s position I would have resisted throwing a punch anyways. Regardless he did use the dead as a tool in order to piss off Rokuro enough to get into the fight. Not to mention…talk about awkward timing here for the last announcement. Let’s have these two nearly kill each other and then say….yeah they are getting married in order to sire the ultimate Miko. I’m not sure how either would feel about this on several levels. First it’s saying that they can’t handle the job of wiping out all the Kegare. All they are there for is for the sake of creating a child to do that. Not to mention you are telling this to young teens. Suddenly their futures are locked in before their eyes.

Not to mention…does that proclamation even mean what the onmyouji are interpreting it to mean? Sounds like you could easily argue that it means when things get dark these two will stand together and kick some ass. Uniting is one of those terms that is open to multiple uses. In the path of this story…I tend to think it is the kicking ass interpretation rather than the “siring a super being” kind of interpretation. 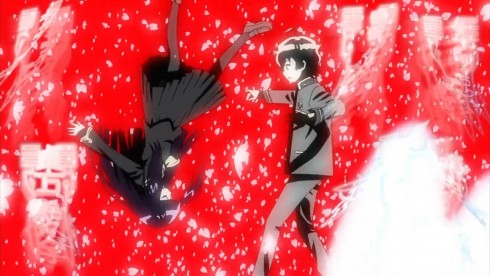 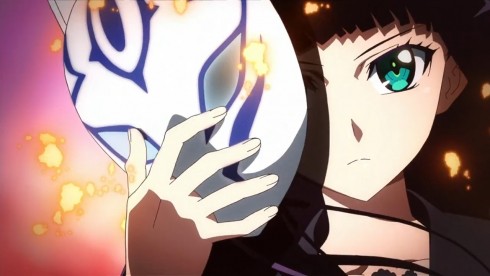 A pretty solid OP that fits the tone of the show. The focus was pretty firmly on these two. Did enjoy when the OP really got going with both of them showing off their skills and abilities. Benio might take a few more talismans to get into a combat mode, but when she does….yeah she can do some damage just fine. Plus it is a pretty nice song to listen to. A lot of energy and certainly fits with the kind of action show we’re dealing with here. 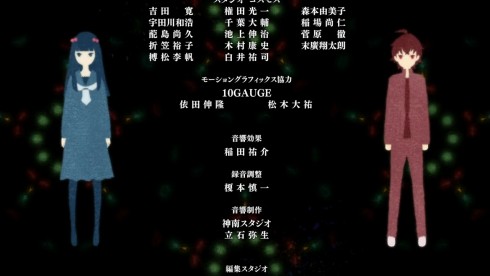 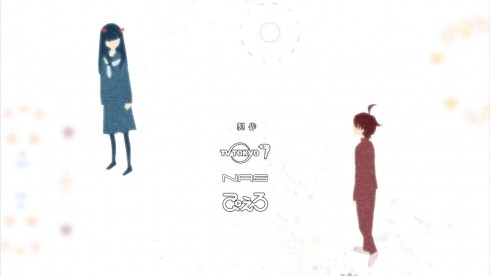 A nice and soft ED that honestly I’m ok with. With a show like this it isn’t a bad thing to let the show wind down. The song is pretty peaceful, but isn’t boring in any sense. Visually it is pretty simple. A lot of showing off of the main duo in a different style, more simple, but it works. Just seems to send the message that these two are going to be a solid team. They are in this for the long haul no matter what gets in the way. 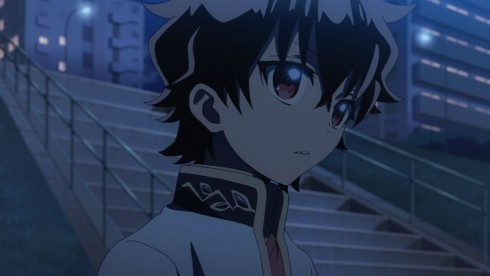 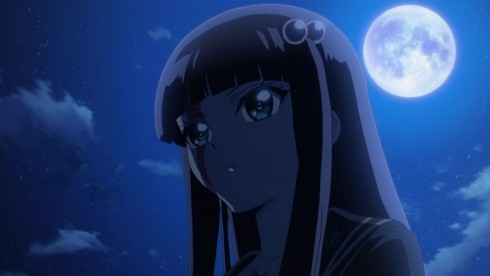 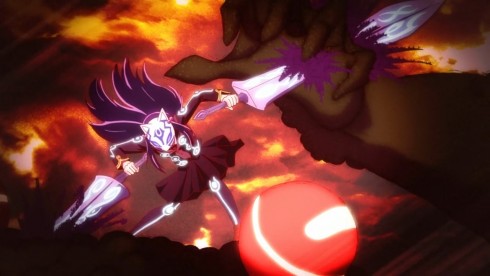 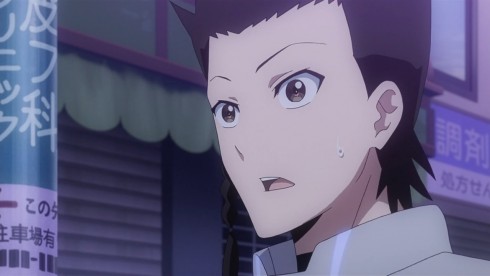 Overall I’d say this was definitely a strong episode that sold me on the show. Seems like we have the bases covered with some good and entertaining action, the music works well with it on that front, and can add in a strong pair of lead characters. It also took care of some concerns of whether one of them was going to be a tier below the other in terms of ability. And maybe they are in terms of their strongest attributes. Rokuro just isn’t remotely as fast as Benio and Benio doesn’t have the same destructive power as Rokuro. But they are both definitely capable. It’s going to be interesting to see how things unfold going forward.