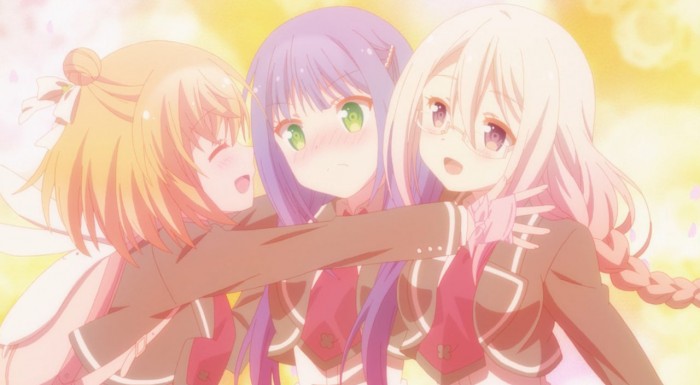 Gotta admit that before the arrival of Flying Witch this season one of the series I was most curious about blogging was Anne Happy♪. This should come as no surprise to those who frequent this site (and maybe another one) and are familiar with the kind of series I often enjoy. This anime adaptation is based on (yet another) ongoing manga series produced in one of the variants of the Kirara manga magazines, and uses a familiar formula of four to five young ladies in school who go through daily life, encounter shenanigans and weirdnesses and respond in silly, humorous or bizarre ways. Similar successful examples of this formula include series such as Kiniro Mosaic, Hidamari Sketch, Gochuumon wa Usagi Desu ka, Wakaba*Girl, Hanayamata and so on. This series stands squarely in that pattern. 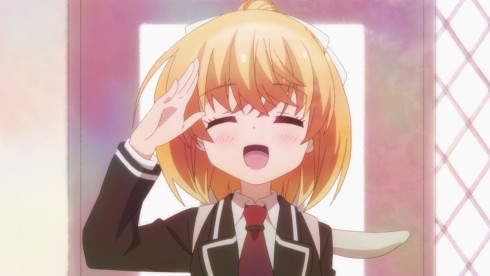 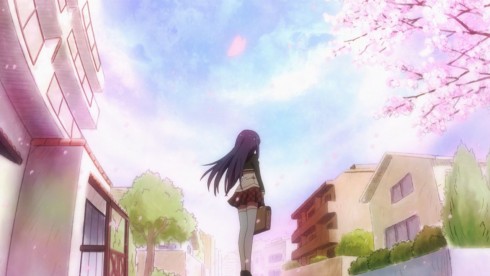 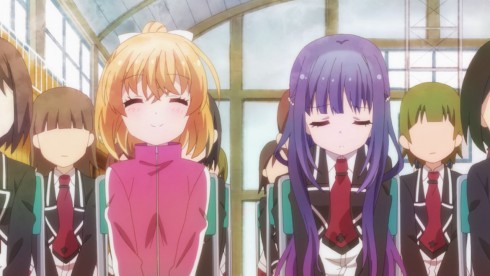 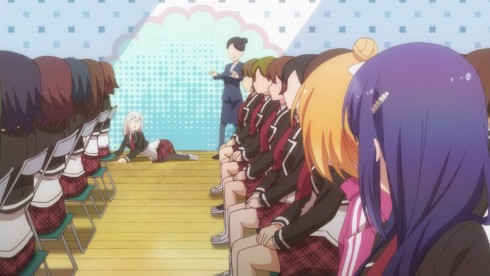 Here is a summary of the series: “The story centers around class 1-7 of Tennogofune Academy, where all the students with “bad karma” or misfortune seem to have been gathered. Hibari, a student in this class, meets the unlucky Hanako and the perennially unhealthy Botan on her first day of school, and together they try to find a way to turn their school life into a happy one.” And certainly that was exactly what we got in the first episode – Hanako (her first name is actually Anne … long story I will not try and explain here) is without a doubt the lead character, and is a cheerful and goodhearted girl who keeps her positive outlook firm even in the worst of circumstances. And she encounters a lot of these, let me tell you! XD 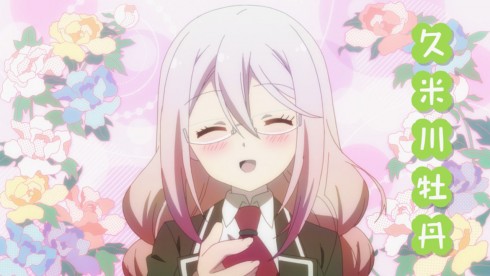 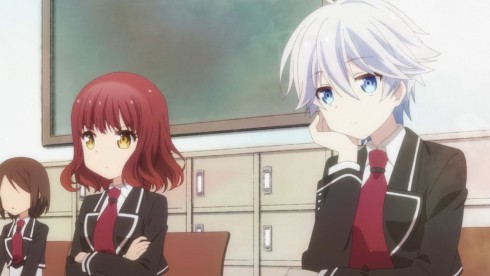 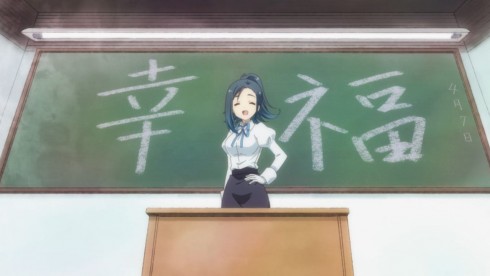 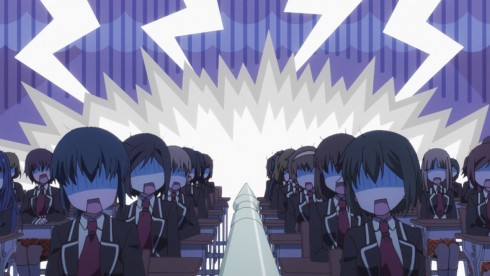 Here are the descriptions of the characters:

1. Yumiri Hanamori as Anne Hanakoizumi
Alias: Hanako / Birthday: 12/31 / Blood Type: O / Unhappiness Type: Bad Luck
She’s a trouble maker who has bad luck every aspect of her life. Despite this, she doesn’t seem to worry and is very positive. Although she loves animals, they hate her….

2. Haruka Shiraishi as Ruri Hibarigaoka
Alias: Hibari / Birthday: 07/09 / Blood Type: B / Unhappiness Type: Tragic Love
Her caring and good personality gets her caught up in many unhappy encounters with those who drag her into calamities. She has been attracted to a “certain person” to no avail for a long time. Because both of her parents are currently on assignment abroad, she’s living alone. She is very good at cooking.

3. Kiyono Yasuno as Botan Kumegawa
Alias: Botan / Birthday: 02/23 / Blood Type: A / Unhappiness Type: Bad Health
Has an unusually weak constitution, to the point that her bones in her fingers will crack from only shaking hands. As the daughter of a doctor, she is very familiar with medicine. Because she gets injured so much, she is like a one-woman life-saving hospital ward who treats herself on a daily basis. Although she is a gentle princess type person who smiles a lot, when she is very negative when it comes to herself.

4. Hibiku Yamamura as Hibiki Hagyū
Alias: Hibiki / Birthday: 04/01 / Blood Type: O / Unhappiness Type: No Sense of Direction
She has such a terrible sense of direction that it takes her three hours to commute to school alone. She loves her childhood friend, Ren, as her “Number 1.” Because of her unyielding personality, she can’t admit that she has no sense of direction. Additionally, she becomes very hostile toward every female who approaches Ren.

5. Mayu Yoshioka as Ren Ekoda
Alias: Ren / Birthday: 10/10 / Blood Type: AB / Unhappiness Type: Trouble with Women
She’s a girl, but she has a troubling condition where females of any species are indiscriminately attracted to her. She plays the “straight man” to her childhood friend Hibiki. She always has very little energy and finds most things bothersome. If given the chance, she will take a nap. 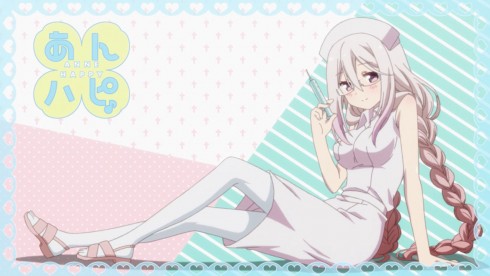 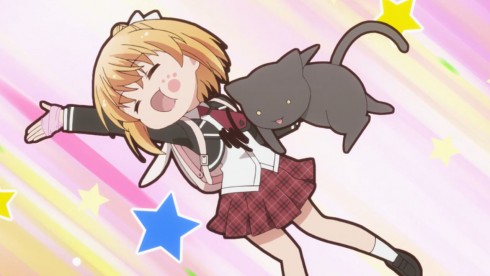 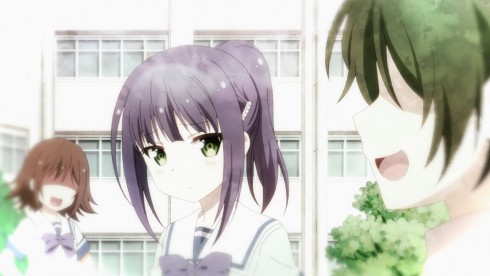 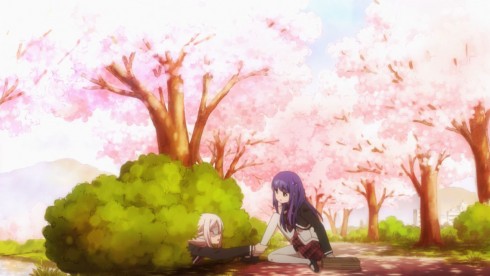 I think one of the things that really stood out for me from the get go before the series aired were the quirky previews that combined an oddish, almost surreal method of animation (rather like Hanayamata or No Game No Life) with the … erm … strange, offbeat soundtrack. While the soundtrack pieces I have been exposed to (like the OP and ED) have not been unusual, the animation in them has definitely continued the quirky, oddish feel. The animation, though, is simply lavish and gorgeous. It actually reminds me a little of the paintings of Maxfield Parrish – a style I really enjoy … sort of like ambient watercolors that use out of the ordinary colors and heavy shading and lighting elements. The total package works quite nicely for me, and I found myself charmed by the effect – more than I thought I would be. 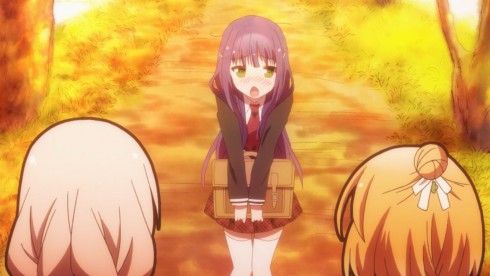 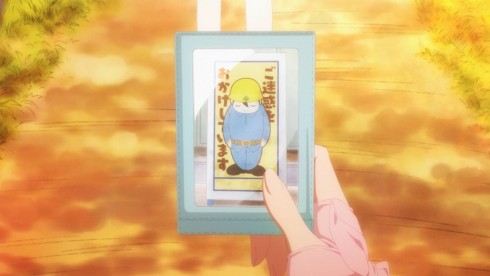 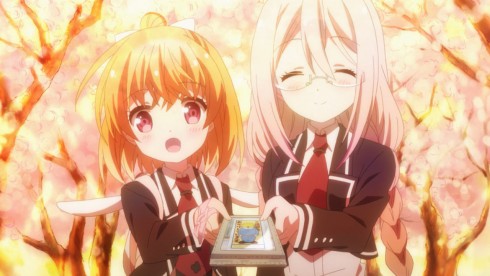 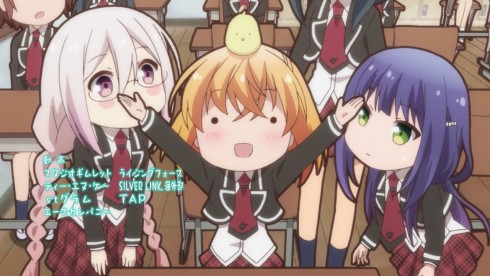 The real question will be whether or no the cast will be able to “gel” together and consistently and be able to pull off the dynamics that the more successful series of the Kirara manga variants have been able to create. At the moment for me it is hard to guess – I find myself really liking Anne/Hanako, but the other characters have not yet endeared themselves to me (although there is nothing wrong with them per se!)…. This is a series I do not anticipate blogging, but I wanted to at least give it a shout out to other people this season. It was effective at the comedic side of things, I thought, and could develop into something quite strong if it is able to keep growing. If you enjoy this kind of genre it is definitely worth a try! ^^