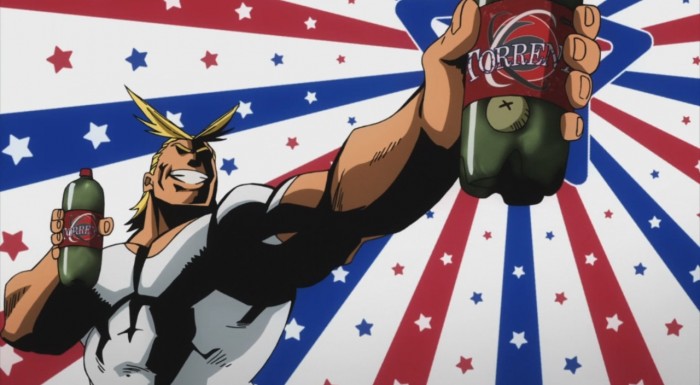 A new season arrives and with it a lot of potentially interesting shows. My Hero Academia or Boku no Hero Academia is one of those potential-filled shows. We’ve had a lot of series with superheroes or powered up people, but this is a pretty good setup. Almost looking at it from a comic point of view if mutants became the vast majority of people on the planet. In this world 80% of people have some kind of super ability. Now that’s a pretty incredible number, but it’s also a number with a dark side to it. It leaves a large 20% of people without any ability whatsoever. That’s almost a quarter of the population. People have tended to discriminate against people just based on different skin tones. Just imagine the level of persecution that might be out there from the powered majority towards the mundane minority.

That’s the kind of world that the main character Izuku Midoriya “Deku” has lived in. Now to be fair in his case it seems mostly limited to bullying, but that’s scary enough. Plus it makes sense that this isn’t such a surface issue. It’s impossible for most cases to tell if someone has an ability or not, only so many likely have a surface appearance. But for those that know? We’ve seen the end result. Even as a small kid Deku had to deal with bullies like “Kacchan.” Someone with such a violent appearing ability, which could put Deku in the hospital or the grave if he wanted to. I have no idea how a person would be able to endure that kind of thing. The threats and insults aside, some might have already taken their lives in Deku’s situation. Not sure how many could stand living in a world where everyone around them was special, but they remain powerless. Not even normal considering that isn’t normal anymore, but rather a standout example of weakness. 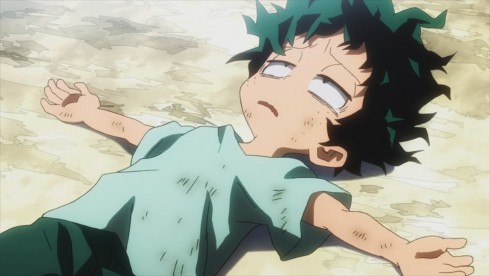 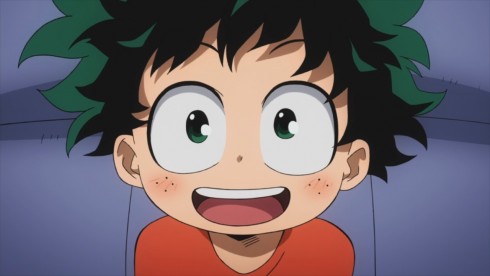 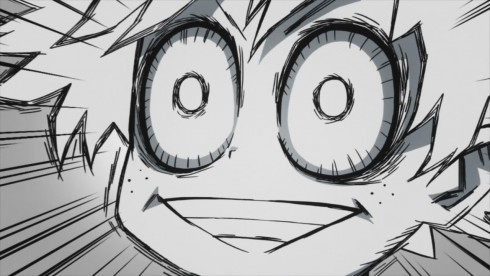 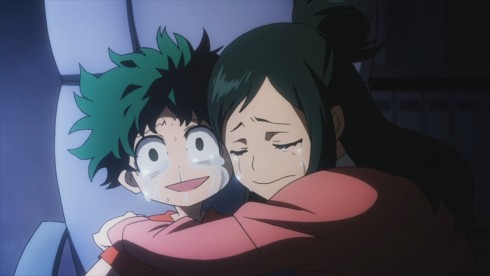 Those flashbacks were honestly a bit hard. I think many have had some kind of experience at that point. Looking up to someone who is unbelievably good at something and perhaps realizing they don’t have the natural build or talent to be like that person. Hard work can get you a lot of places, but hard work without the natural gifts won’t let you become say an athlete that is at the very top of a specific sport. Difficult if not impossible to just hard work your way to being Wayne Gretzky. That’s kind of where Deku was left. He looked up to All-Might so much, he was an obsessed fanboy. But then he got hit brutally hard with reality, that he is likely to remain quirkless his whole life. Obviously that can’t remain the case since it’s his story, but….that’s hard. Hard for him and hard on his mother. She probably blamed herself although it’s not like she could have done anything to make him have a quirk. Seeing her son looking so utterly shattered and not knowing what to do other than apologize to him.

Credit to Deku of course. Out of that despair he’s continued to move forward. Though one could say his ideal of going to that school while he still didn’t have a quirk is crazy. It’s not like he’s Tony Stark, some kind of super genius that has the money to just make himself a superhero XD. But he doesn’t want to give up on his dream until the very end and that’s not wrong. He wants to be a hero so badly it hurts. Deku probably knows more about the current heroes out there than any other person. Having studied and thought on their powers for years. He has a good grasp of the abilities out there. Though that doesn’t gift him an ability himself. 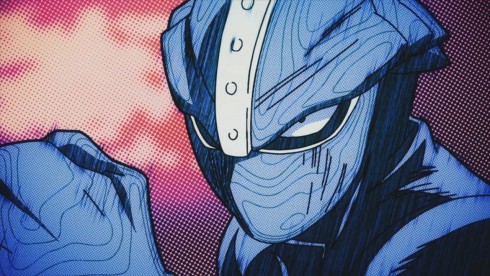 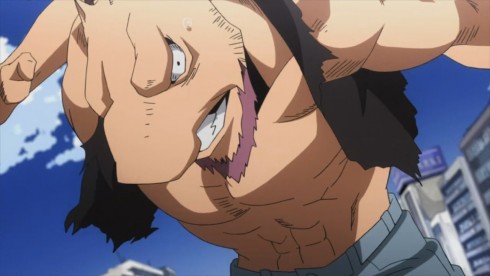 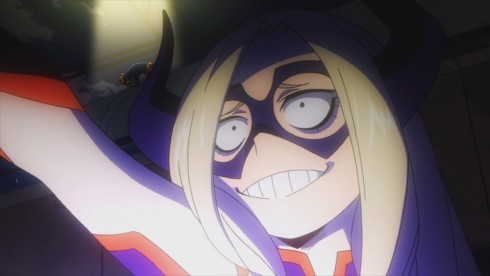 It was a solid introduction episode. We got a good view of how this world works and the current situations. Hero has gone from what one might consider to be superheroes into something closer to the police. Seems a very controlled and focused occupation where people are paid by the government and go to school for training. It’s very much an occupation, just one that appeals to those with special abilities. Not surprising really. Most I’m sure would love to get to use their gifted abilities as a job. If you have special powers you probably don’t want to just use them for fun at home, but doing something big. Makes you wonder how society holds up with so many wanting to go to this popular hero occupation. I suppose having specialized schools and limits on how many can apply handles it to a degree. The biggest hero school that Deku and Kacchan want to attend seems pretty stringent on who it accepts.

You can even see some of the current flaws. A lot is based on popularity and how much one stands out. So a hero like that giant girl can make a name for herself based purely on sex appeal. While the other hero who did a lot of work in setting up to capture that criminal basically is forgotten instantly. Can see the sneer on that woman as well having stolen the spotlight like that. 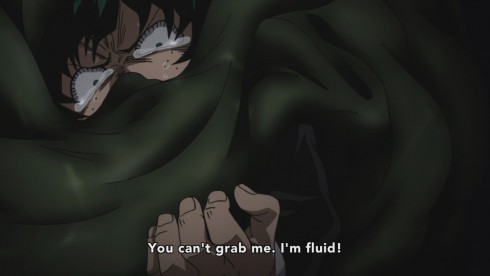 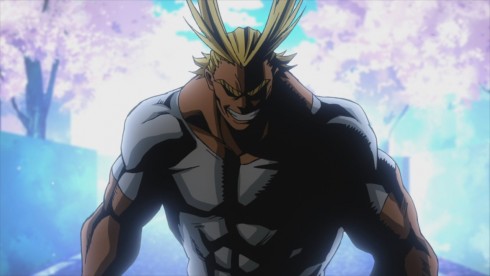 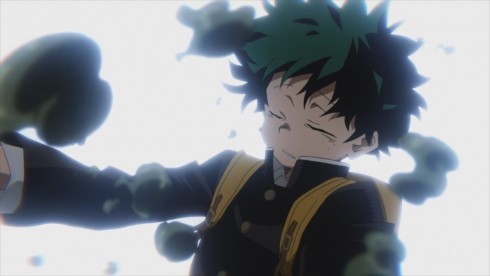 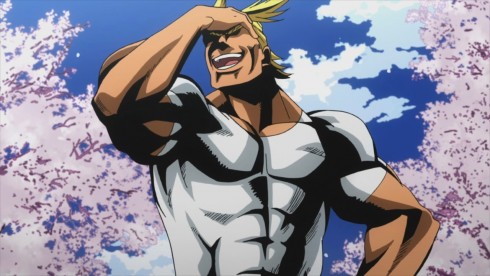 The big threat in this episode was that fluid villain. A pretty horrifying person to deal with as a regular person. Deku utterly helpless as this guy nearly killed him, I’m presuming trying to hide in his body and escape All Might. That is a horrible situation for an innocent person. Insanely helpless and about to be used as a puppet by this person.

As if to contrast the horror of that scene, you had All Might XD. That guy was really something. If you had an image of this kind of Superman character, he’d be pretty close. He really looks and feels like a comic book character. A massive smile, very muscular, with this kind of chiseled face. The guy looks like a badass. Insanely strong, able to actually leap over buildings with one jump….pretty darn impressive. I’m curious what he’ll have to say to Deku. Whether he’ll also kind of crush those hopes or be the one person to encourage him when others have basically given up on him. Certainly this guy feels like as true a hero as anyone who is out there right now. 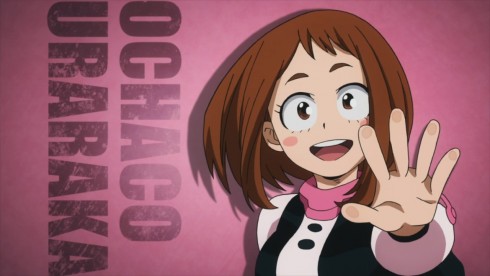 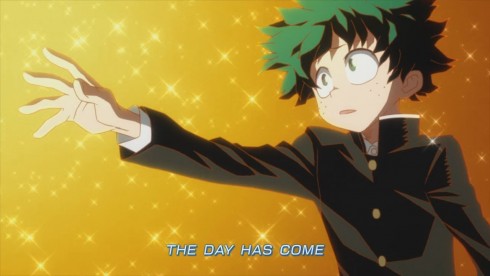 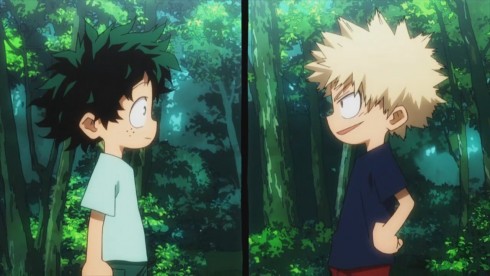 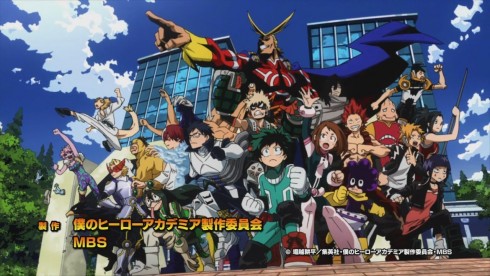 Not a bad OP. The song didn’t quite grab me, but it does feel fitting for this kind of show. Just a song that I probably will listen to a few times and not really think much about afterwards. The OP itself though shows a lot of characters, so we know it will be a pretty sizable group of side characters. Shows as well how Deku has lived a pretty rough life being the non-powered person. Also shows this rivalry with Kacchan which will probably be a major focus of the show. Almost feels like a Naruto/Sasuke setup. The gifted one with a bad personality and the untalented one. Though obviously not an exact match, could see this being their relationship. 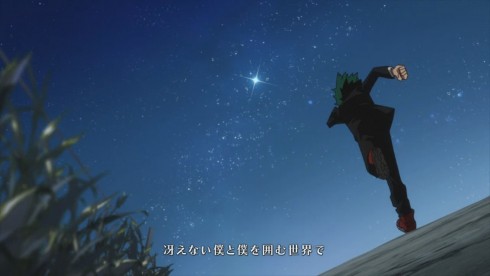 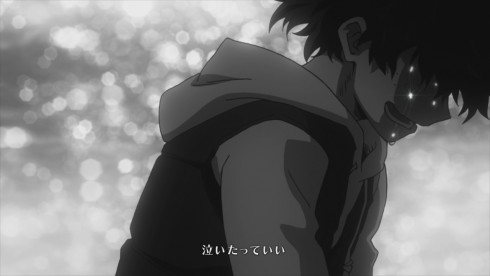 The ED was pretty Deku focused. The shots of him as a cheerful child and now him running after a distant star. Seems like a guy who has just kept chasing his dreams even though as he got older the reality of how far off that dream was only got clearer. No matter how many times he’s left crying because of his helplessness or lack of quirk, he’ll keep going. The song doesn’t leap out at me, but I like it a bit more than the OP. Just a solid ED. 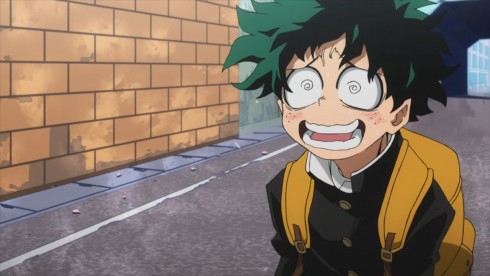 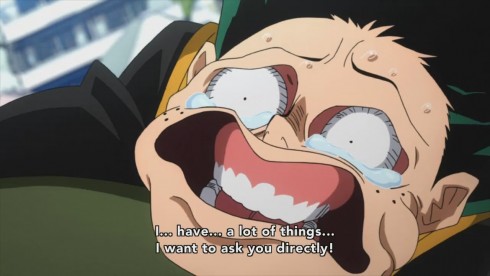 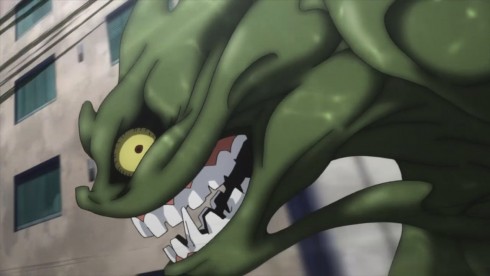 In the end it’s not a bad start at all. A lot of world building and introducing the main character. It’s clear that there is a massive cast for this show. But at this point there’s only so much you can say about them. Which is basically nothing XD. But Deku is a lead I’m curious to watch. He has these terribly wimpy moments and a face that looks like people would want to bully him, but he’s not a bad person. He’s also not acting weak because he wants to. He’s literally weaker than everyone else. Picking a fight is fine, but not when you can’t do anything but be a punching bag. Hopefully this turns into one of the stronger shows of the season.

I think the structure is there for a good show. It has a world that allows for storytelling and some great visuals from Bones. Let’s hope for the best. The show does have a great visual style to it which should help it stand out nicely. From the scenes of All Might posing to Deku’s incredibly deformed face as he was hanging onto an All Might that had just leapt right into the air with him hanging on. Not something easily endured for a regular person. 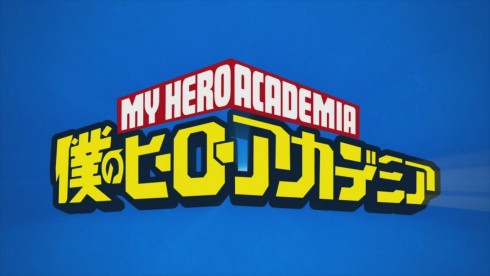 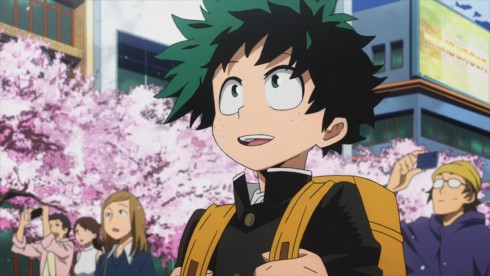 No guarantees that I’ll end up covering this show full time for the season. There will be a fair number of first looks. But can say it will be on the radar. No doubt I’ll end up watching it until the end, will just have to see how the rest of the season works out.