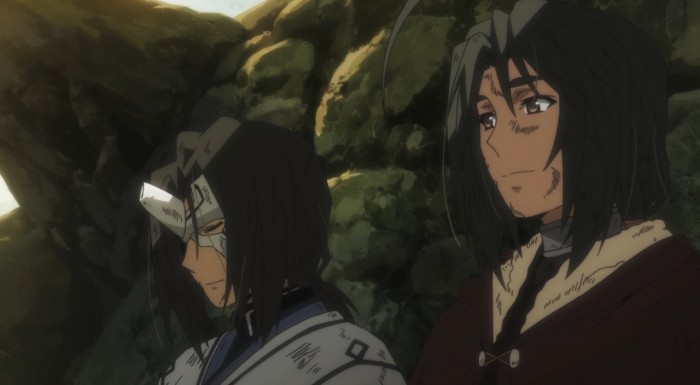 If nothing else, I’ve got to give the series credit for a very enjoyable showdown between Oshutoru and Vurai. If nothing else at least made that a very entertaining showdown that really pushed the characters into having to do everything they could. Although as expected….it doesn’t look like Oshutoru is going to make it to the reunion with everyone else. If Nekone’s expression means anything. I suppose it could just be that he’ll never truly recover and be able to fight again, but probably….he’s not going to make it. Having the whole last chat between bros before passing away seems like something they would go with here. Though he didn’t seem to pass away right at the end which would be the natural place for it. So…who knows? Seemed like they aren’t out of the woods yet so maybe that will give Oshutoru a last chance to sacrifice himself.

In a sense though at least I was right on something. At least one person was willing to start a civil war because they couldn’t stand Anju being the ruler XD. Though it was more because she’s a little kid than the nonsense she showed off throughout the show to this point. In the end though it still leaves Vurai as this monster that it seems nuts that anyone would follow. Makes you wonder if he really thought he could just kill every other general who got in his way. 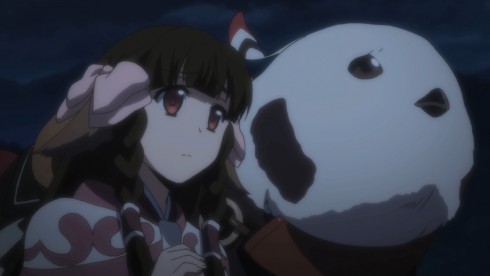 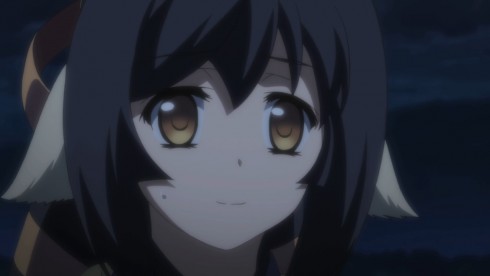 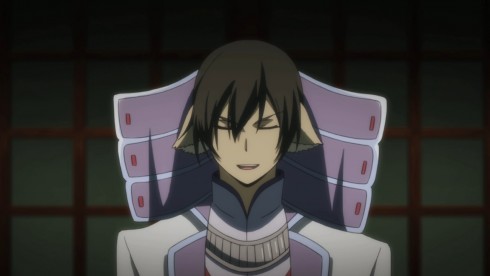 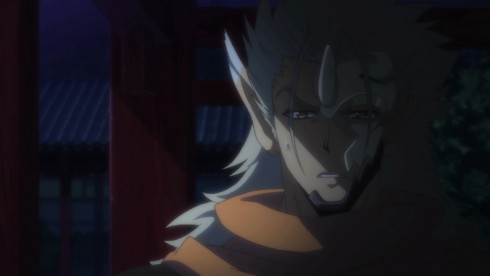 Shame on Mikazuchi. I don’t care if his ‘brother’ was there, get your act together and back up your friend. Since when was he ranked lower than Raikou? My god man…get your stuff together and move out. How about acting like you are one of the most important and powerful people in the entire country for a few minutes. “Get in my way and I’ll put you in the ground!” That should have been his response to Raikou. It’s just silly. If Oshutoru is dead or dying it’s Mikazuchi’s fault for never stepping up for his friend. Game was different sure, but in this case I just sigh at the character for his inaction.

I don’t blame the other characters who didn’t go back. They didn’t really have the ability to pull that off. Kuon has some insane powers, but teleportation doesn’t seem to be one of them. Was nice of course to see Karura and Touka…doing nothing as usual XD. Wouldn’t want them to exert themselves or anything. Kuon is out there…might not be a bad idea to stretch their legs a little. 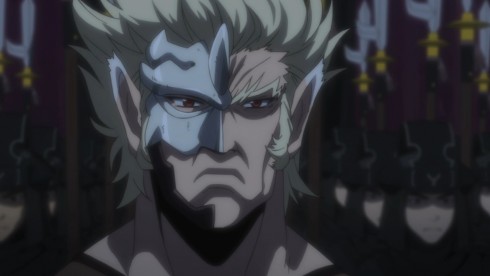 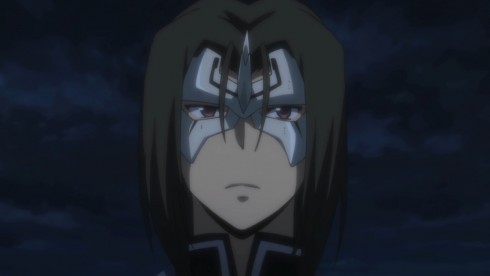 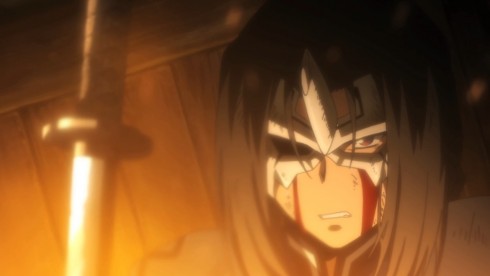 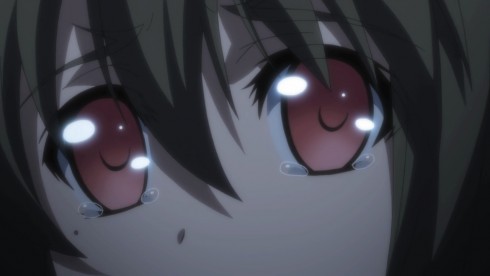 Anyways, the fight itself was something I had no complaints about. It was rather cool seeing Oshutoru and Vurai go at it. As expected…it was a pretty one-sided affair. Oshutoru might have had courage and ideals on his side, but Vurai had rest and pristine health on his. Sadly it’s probably going to leave Nekone with severe guilt for the rest of her life since Oshutoru was literally hurt while protecting her. Thus he had to push himself so hard and it cost him his life. At 100% he could win against Vurai without that being the end result. Good luck Haku and company dealing with that kind of self-hatred that will end up resulting from that.

Still, I did like the fight. While once again they did almost immediately forget that Vurai had an army, the action between the leads was good. Vurai and Oshutoru showing why they were some of the most powerful in the country there. Punches vs sword slashes was surprisingly close and Vurai clearly having the advantage in his condition and thus not taking as many hits as his opponent. Still, it showed a lot of courage and effort on Oshutoru’s side to put everything on the line like that. Using the full power of his mask against Vurai, even if it wasn’t going to lead him to the win. If I was a lesser person I might ask why the heck the twins didn’t volunteer the sealing option in the first few minutes of the fight….but I’m above that XD. 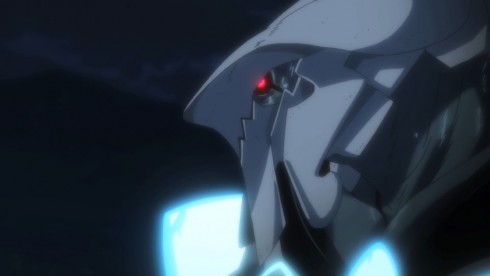 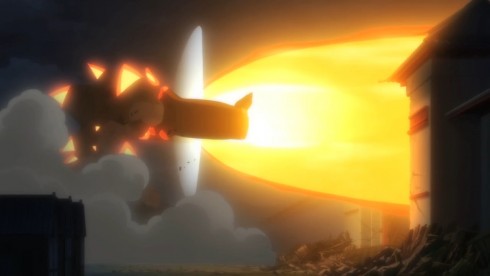 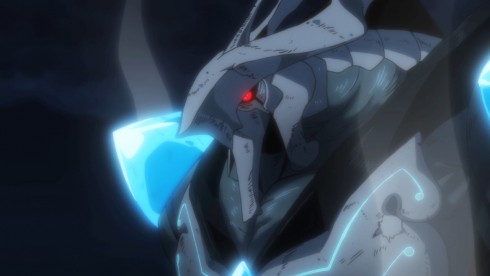 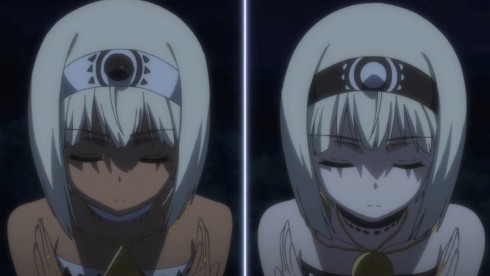 It was nice seeing those girls get involved even if they still have basically no character to speak of. Very loyal servants….and that’s it. Still, very cute characters and I appreciate them jumping into things. They did basically save everyone since otherwise Vurai would have killed Oshutoru and then the rest of them. It left them weak, but they did what they had to do out there.

Followed up by a pretty courageous move by Haku. Honestly one of the few big moments of stepping up that he’s done. But it was great to see. Even if he was basically getting cooked by Vurai, he didn’t step back. He protected Nekone no matter the cost to himself. The guy knew what was needed in that moment. Even if he wasn’t on the same planet as Vurai, he somehow found enough strength to hold the line and set up the finishing attack by Oshutoru. Maybe it wasn’t needed for either guy to sacrifice their soul (not sure if it’s figuratively or literally), but it worked. He got the stab in and…hopefully dropped Vurai for good. 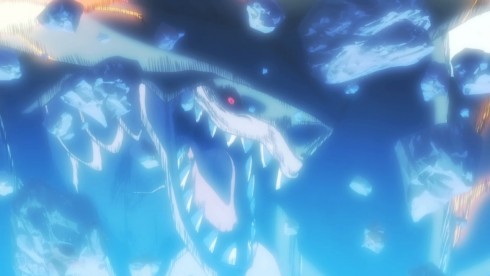 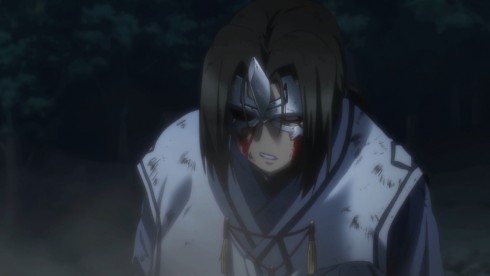 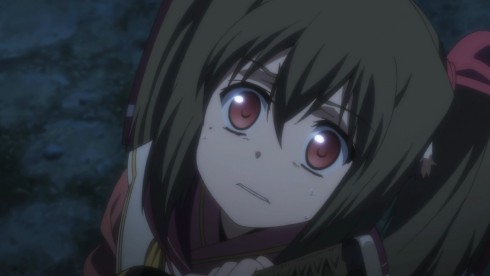 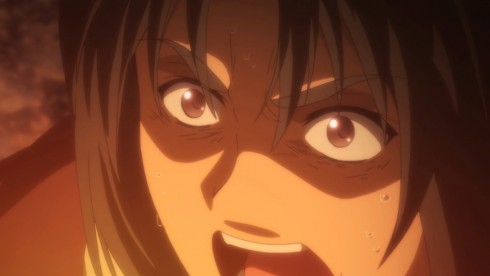 I’ve had a lot of complaints about the show and a strong conclusion isn’t going to change that. But, this episode on its own merits was one I enjoyed. The focus was almost entirely on this one conflict. Vurai vs Oshutoru. I’m glad they kept it there and just tried to make the best fight they could between these two. A showdown on the level of regular sized people and then taking it up to monster level. Though I’m not sure that Yamato would really still be there in that case, but it was good for the entertainment factor.

Now to see the last episodes and how this all turns out. I’m hoping that they can at least find some way to end this show on a high note…hopefully.