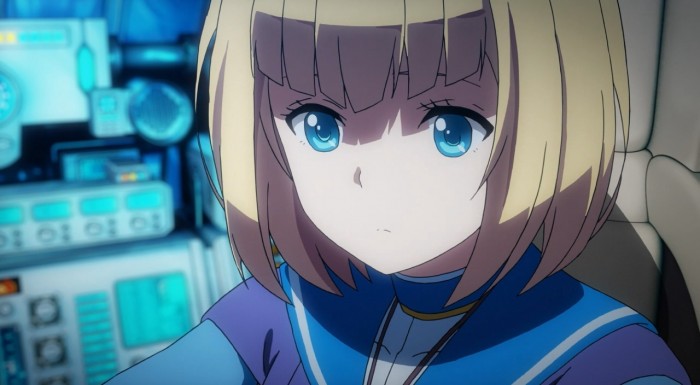 While I think the foreshadowing was a bit blunt in this episode, I do think this is a great arc to end the series on. The whole show has been toppling enemy Objects and constantly just moving along with some ties to the past arcs, but only partial. I like the idea of finishing off on an arc that kind of ties into their actions to this point and the consequences of it all. Qwenthur and Havia have made a lot of enemies in various countries, including their own. They’ve been fighting desperately to protect their lives and the lives of those around them. Now they are stuck with a very terrible situation. Milinda is basically gone berserk and the Baby Magnum is in a bad state because of it. She’s basically completely on the rampage. Now she’s not likely to attack her own allies, but that’s about it. Anything that is appearing to be a threat will be her enemy right now which is rather scary. 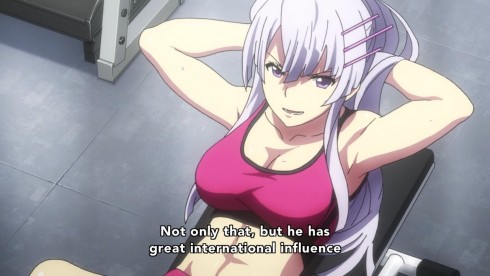 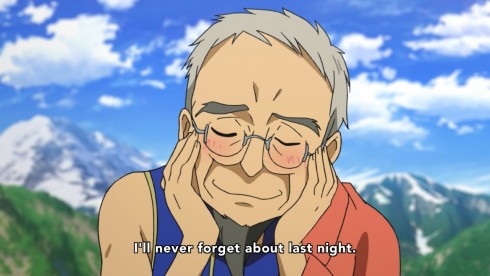 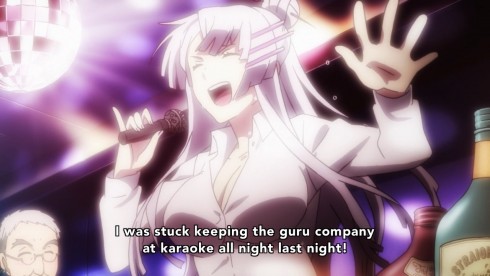 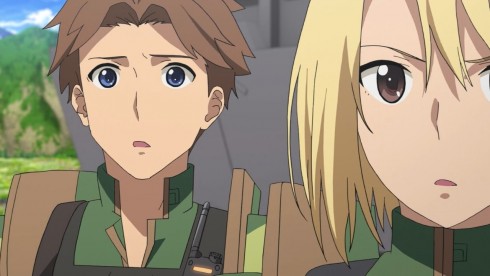 I do think the whole Guru business and his words was way too blunt. Plus it’s pretty off-point. They have saved some Elites. Miss “Ohoho” is alive. So in his point of view aren’t they already true heroes? Plus that old guy seems like a big pain in the ass. In the end Havia and Qwenthur are in a military. Qwenthur might be a student, but that hardly matters. Their job involves killing the enemy. That’s just how it goes. They can’t be Kira Yamato and just disable everyone, they’ve fought ground troops and Objects. They are lucky to be alive. Asking for them to toss in additional miracles of taking down Objects and saving Elites is just dumb. It’s a nice ideal to want wars to stop and have permanent peace, but that’s not something two people are going to accomplish. Sadly when it comes to humanity, peace is pretty hard to ever grab onto. Maybe he’s got a point that is why war continues, but yeah I think war is going to continue regardless of how we feel about it.

The point of his words and presence is obvious of course. This time the threat is their own Object. They have to bring down the Baby Magnum. But if they go with their 90% of the time effort then they’ll only bring down the Object and get Milinda killed. As usual Qwenthur’s White Knight status won’t let him have that happen. It’s nothing different no matter how the old guy spins it. Qwenthur will save the girl and if the girl is in the Object he has to destroy….he’ll destroy it and save the girl. The end game for this arc is pretty straight forward. Stop Milinda, but save her in the process. Not sure if that mirror gift he gave her will actually help in countering the brainwashing, but who knows. Maybe they’ll “power of love” a solution in there XD. 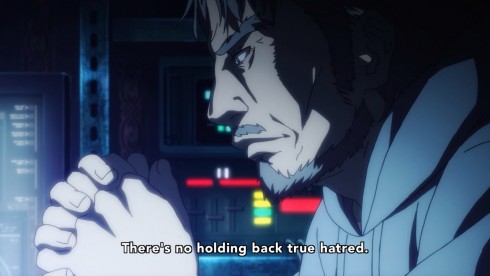 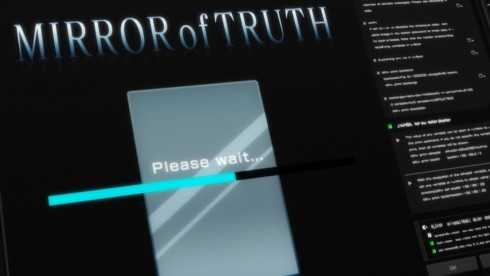 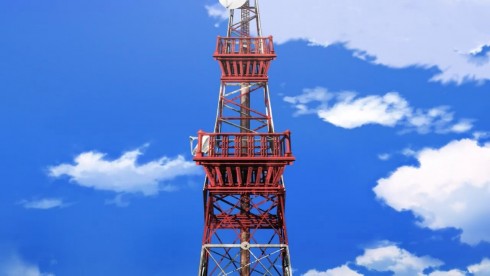 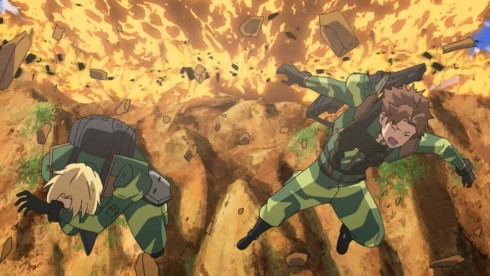 Of course another old pain in the rear is Flide. Who I am glad to see taking a barrage of artillery fire. That guy deserves his fate as much as anyone. The man’s basic premise is flawed to hell. In the first arc we saw how messed up his clean (not war) idea is. All it takes is one side to say “forget the white flag” for the whole system to crash. Sure, it didn’t matter to him. If a battalion gets massacred every now and then that’s just the cost of doing business and keeping war nice and predictable. Qwenthur and Havia slammed a hammer into that status quo. Maybe they have made the world more complicated and crazy, but is that the issue here? They just woke up the world and refused to roll over and die. The status quo demanded that everyone not in an Object should cower. That if you had an Object a generation below the one you are up against then you are going to die. No way should Qwenthur and Havia have just accepted reality. The death of themselves, their allies, oh and the capture of Milinda leading to a horrible fate in the custody of an enemy nation.

In the end that old piece of work just wants to create chaos and get payback for his own actions coming back to bite him. He’s the one that screwed up and lead to his own loss of power and he’s just spitefully blaming it on Qwenthur and Havia. The only shame is that this guy doesn’t get to stay alive to be officially punished, but oh well dying is fine enough. Doesn’t matter how much he dislikes it. Qwenthur is the main character and he’ll get his way in the end. 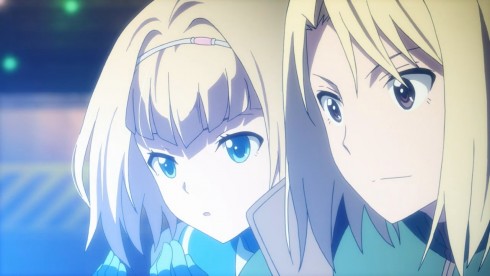 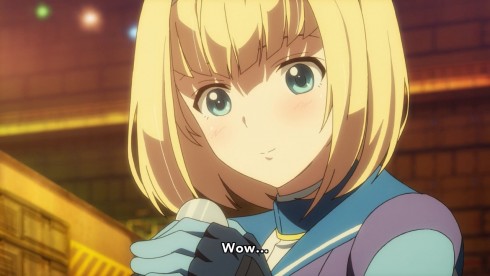 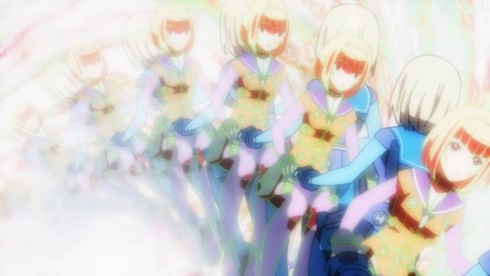 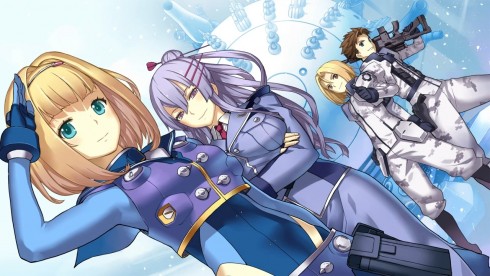 I suppose it was a rather large surprise to have a legitimate Qwenthura and Milinda moment. How many arcs has it been since one of those happened? Regardless I’ll take it. One thing I regret is that this hasn’t been a big thing in the show. It’s odd…the show isn’t really a harem. Most of the girls who actually have some interest in Qwenthur are enemies that he’d never get involved with or can really interact with anyways. The one girl who is close and on his side is the one he spends little time making any real emotional connection to. Unless she’s in trouble and he’s got to help save her.

I’ll take this though. The whole accessory mirror was a cute moment. It was nice that he took some initiative and gave her a gift. Not something he had to do really. Sure he knew she could use a mirror until she got a replacement compact, but he could have just shrugged that off. In the end it is a precious gift to her. I’m sure somehow her feelings or that gift will be key in stopping this incident. I know it’s asking for too much, but I would like some actual emotional development with Qwenthur before the show is over. Have him step up not only because it’s the damsel in distress, but because he really cares if something happens to this specific person. Closer to the feel in the very first arc. Will also say the brainwashing was a kind of cool moment, some very strange visuals mixed in there. 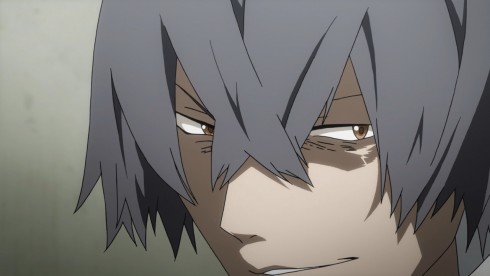 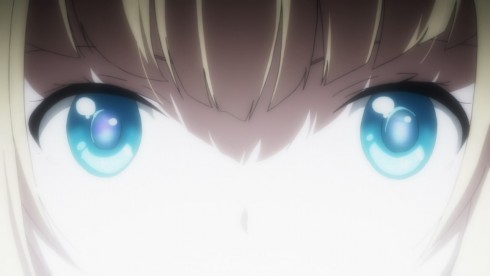 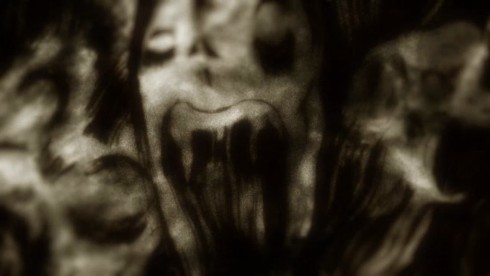 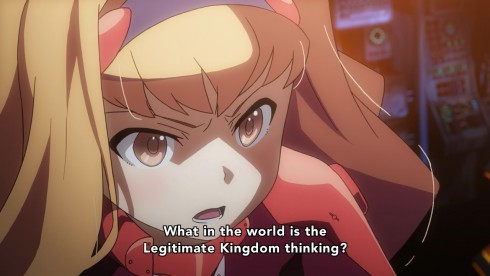 Oh well, it was a solid enough episode. I think this is an ideal arc to finish off at. Seeing how Qwenthurs’ actions have impacted the world around him and seeing him have to take on a strange challenge. The biggest issue honestly is keeping Baby Magnum alive so he can rescue Milinda. She’s piloting a Gen 1 Object, Rush shouldn’t have any issue bringing her down so they have to hurry. A very odd kind of situation, but I’m sure they’ll handle it fine. Just kind of crazy that they have to save Milinda while also stopping her.