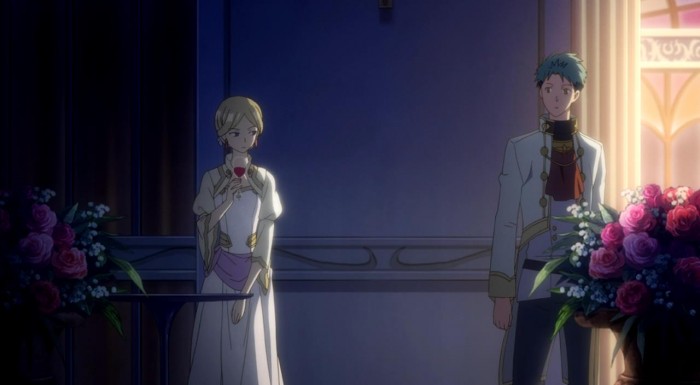 The phrase “Better Late than Never” rings rather true this week, and in more ways than one. If there’s one thing that I think is entirely true about akagami no Shirayuki-hime and its second cour, its that the whole thing is one darn strange entity. At first, the show took a complete left turn, abandoning the path that it had long been heading towards, only to come back after some kind of odd sabbatical and give its viewers the one or two things that they’ve been yearning for since the powerful conclusion of the first cour. Akagami no Shirayuki-hime is delivering the goods, just as its on its way out the door.

How am I supposed to take that? I’m not entirely sure. I mean, I love this episode, and everything we get in it, but a part of me really does wonder why the series spent soo much time on Raj and that whole Taubarn arc, and not enough time on the sort of things it covered both this week and the one prior. I can’t help but imagine a scenario where the raj arc took say maybe one or two episodes, or maybe even three, and then we just picked up right where we’re at now. 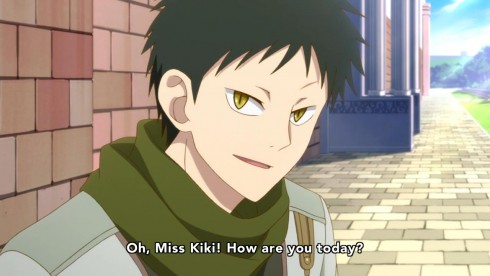 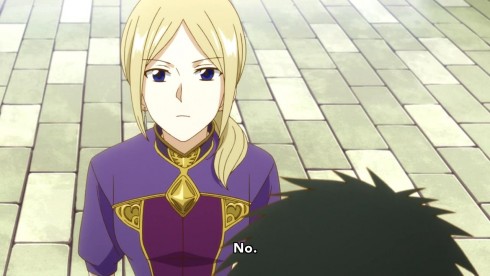 And the reason that just makes so much sense, is because things like Kiki’s big moment on the stage, have been long overdue. Its almost a bit of a crime in itself, for the show to have taken this long to develop and flesh out one of its primary supporting characters, but the second the show commits to it? Well, we have the lovely stuff that we got this week.

With just some minor little touches and focus, Kiki became more and more of an actual person, a colorful one at that, rather than just the stoic strong female archtype that she’s been relegated to for the most of the story thus far. Kiki’s actually got a bit of a prideful side to her, and one that everyone from frigging Mitsuhide to Zen, are darn afraid to cross. And I love every frigging moment of the comedy, that results from Zen and Mitsuhide stumbling around the one girl that’s both a sister to them, and possibly something more for at least one of them. 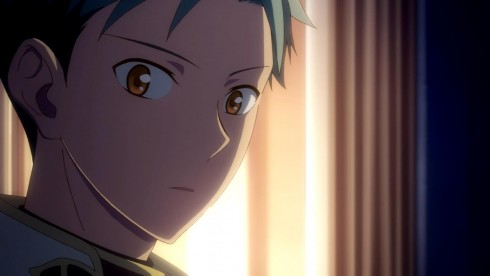 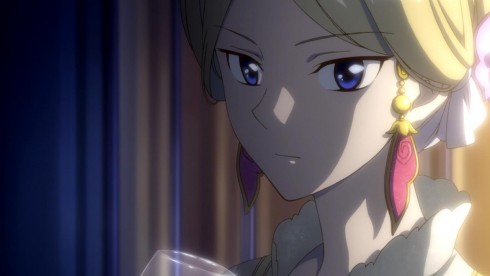 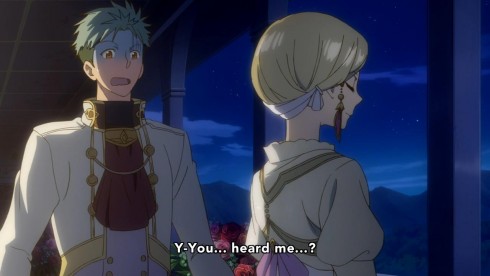 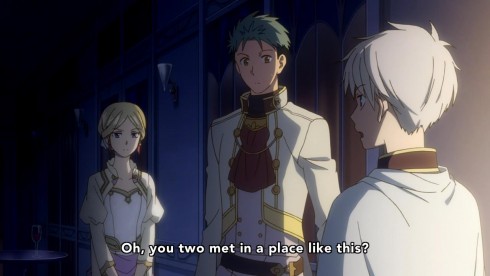 It was a welcome surprise really, to find that the show and the story is sowing the seeds for an eventual romance or romantic moment between Mitsuhide and Kiki. Its clear that the two care for each other, although neither is in a position or has the confidence to pursue the other. Kiki believes that Zen is Mitsuhide’s focus, while Mitsuhide himself isn’t even sure of Kiki likes him as much as she does.

The two of them, are remarkably close, comrades and people who can rely on one another, but at the same time, there’s a distance that can only be present due to some kind of romantic attraction or chemistry. I think there’s almost a parallel or at the very least, a comparison between the situations of Zen/Shirayki and Mitsuhide/Kiki. See, much like how Zen and Shirayuki’s specific courtship is in direct contrast to the societal norms, so too is the whole situation between Kiki and Mitsuhide. 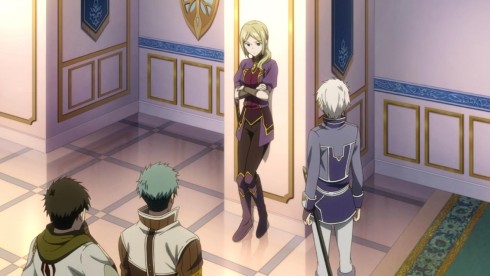 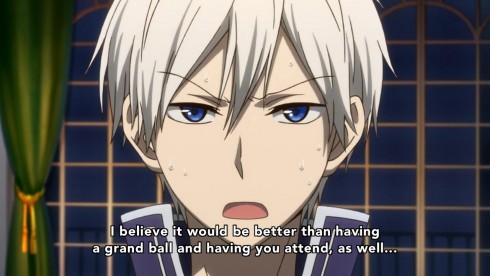 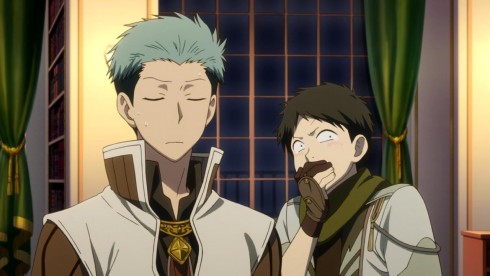 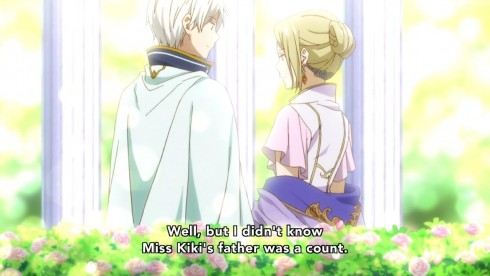 Kiki’s actually the daughter of a count, and by that very nature of her birth, is in a slightly higher social standing than the attendant and Knight Mitsuhide. In a way, I think Mitsuhide and Kiki are living large through Zen and Shirayuki, almost rooting for them to succeed where very few (I imagine) do.

But before we move onto that particular topic, there is one more thing I’d like to highlight. I love how there’s a comedic undercurrent of misunderstanding that forms the very basis of the first meeting that Kiki and Mitsuhide have. Mitsuhide, to near hilarious degrees, doesn’t even recognize Kiki as girl, let alone the woman he was slightly enamored with nary a night ago. 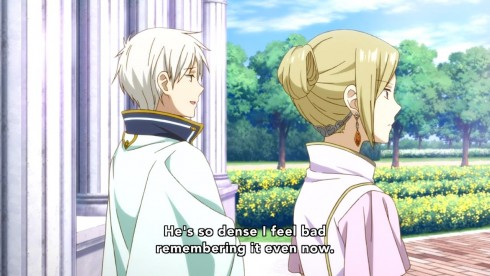 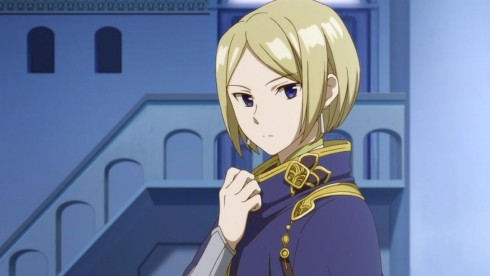 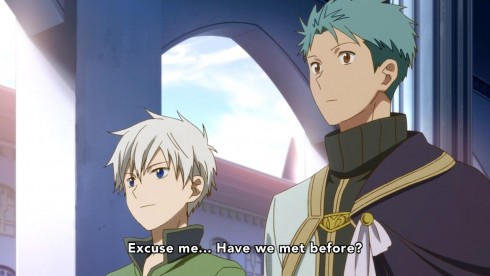 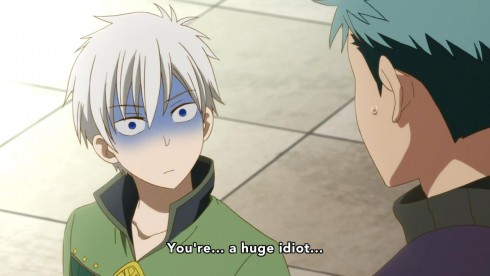 And its Zen, in the middle of the two, completely and utterly shocked at Mitsuhide’s stupidity and ignorance, that just sells the scene and brings out the bursts of laughter. Comedy, and funny moments like that, the small but increasingly natural little moments between our cast of characters, those are the things that just make this show and this franchise such a joy to behold.

Its not just the trio of Zen, Kiki and Mitsuhide that brings forth an almost hilarious familial series of unfortunate mishaps. Obi, the guy who’s finally past whatever “pained love” situation he was in, actually ends up making things worse for Shirayuki during what serves as this week’s main “Crisis”. 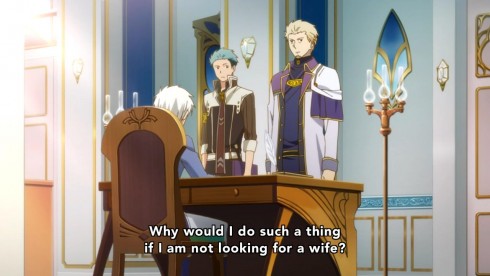 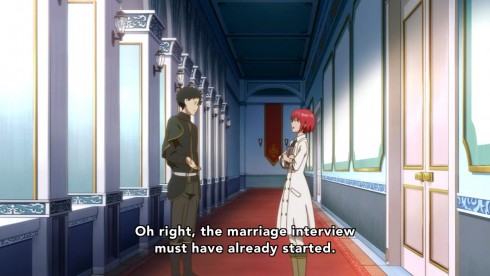 The crisis in question, is none other than a ton of marriage proposals for Zen. It seems that since Izana has already found or is not looking for a wife anymore, that its prince number two’s turn to take a gander at getting himself a partner. Political marriages are pretty common place in royalty setting and stories like the one we find in Akagami no Shirayuki-hime. Zen obviously has to resist this new challenge, if only because we all know who he’s really gunning for.

The fact that Kiki is actually one of the potential people on Zen’s “list” of candidates, is a convenience sure, but given how its more of an excuse to put the focus on her, well its hard to complain. And the fact that the marriage interview gives Zen a legitimate reason to go and see Shirayuki again, and gives them both another reason to realize how much the two like each other? Well that’s definitely good stuff there. 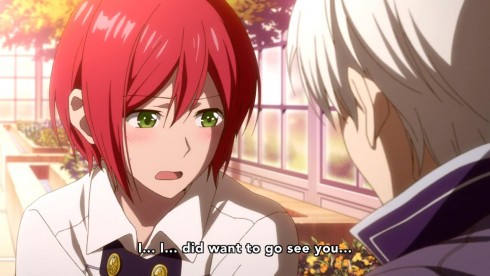 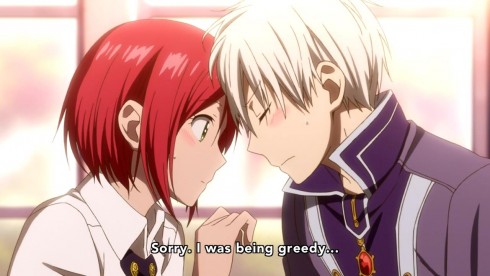 I will say, I am a bit baffled by the continued streams of shyness that come from these two, when they openly try to express their feelings for one another. After all that they’ve been through, and how comfortable they are with one another in general, its just kind of immersion breaking to see them act like nervous kids on a first date. Some people may find that “cute” and “adorable” but I  still think it feels a bit off, in terms of the overall development of these two characters.

I can’t help but feel that given how confident and straightforward both Zen and Shirayuki are, that at least one of them would cut past the shy passiveness and just be direct and blunt about everything. It doesn’t feel like it would be too out of character either, but I suppose we have what we have. At the end of the day, it IS still a nice moment and one that I guess I can live with and smile at, even if I don’t completely understand it. 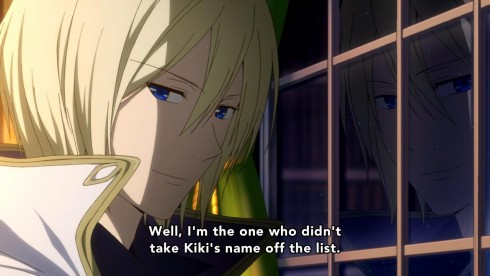 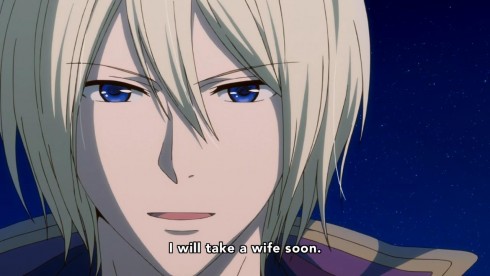 Speaking of understanding, man does Izana just pull a fast one on everyone this week. For those of us who’ve long been Izana fans and have been counting on him actually being a nice but misunderstood guy, well, its time for us to say I told you so!

Izana being refreshingly direct and openly candid with Zen was something I’ve wanted since this show came back. I always felt that Izana, despite his odd methods, always seemed to have both Zen and Shirayuki’s best interests at heart. The fact that he says that he’ll be an ally in Zen’s quest to marry Shirayuki? Well, you can all but see the pieces slotting together nicely. 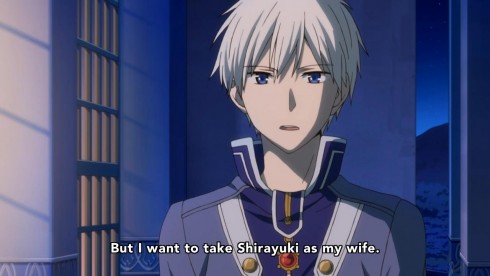 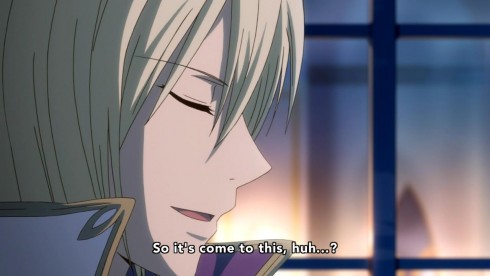 Zen and Shirayuki have done it, they’ve won even the biggest of skeptics to their side, and I don’t think it was easy win either. Izana not only deciding to actively help his little brother get the woman he wants, but also openly suggesting that he himself is going to get married? Well, a huge change is afoot in this series. And really, with Izana on their side, its less of a question of if the two get together, but more of a question of how team ZenxShirayuki manage to achieve their end goal.

If all of that doesn’t just excite you to an immeasurable amount, then I think you’re better off going back and watching the Taubarn arc on repeat. I kid, I kid. But honestly, I do believe, that this is such an interesting and exciting time for this story. This is where we should’ve been, at the start of this second cour, and the fact that we’re there now is almost bittersweet. Its like Akagami no Shirayuki-hime is finally giving us what we want, only to tear it away from us as it ends in a mere two episodes. 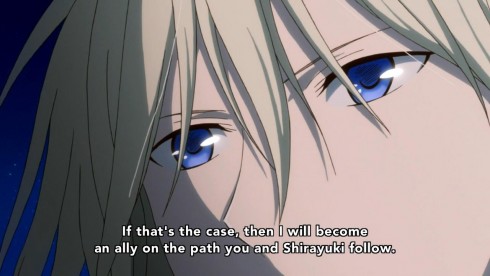 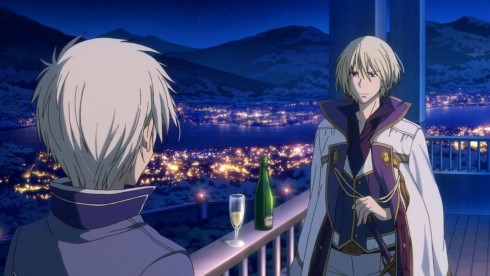 I don’t know whether to be happy about getting the real Akagami no Shirayuki-hime back, or whether to remain angry at it for taking this long. One could say that there’s no use crying over spilt milk, and that may be true. While I’ll definitely be savoring every second of the time we have left with this series,its world and its endearing cast of characters, I can almost hear my heart breaking as we approach the last two episodes.

Also as an Important note, I will most likely not be covering the penultimate episode of Akagami no Shirayuki-hime next week, if only because I’ll be overseas, traveling and be nowhere near a computer. If I do get a chance to watch this show and review it, I will. Otherwise, I’ll just do a double episode review two weeks from now. 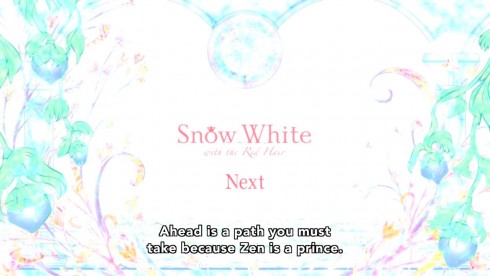 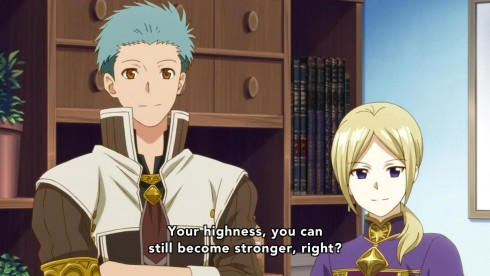 Seems like we’re going to be getting an episode that sets up whatever note the series is going to end on.