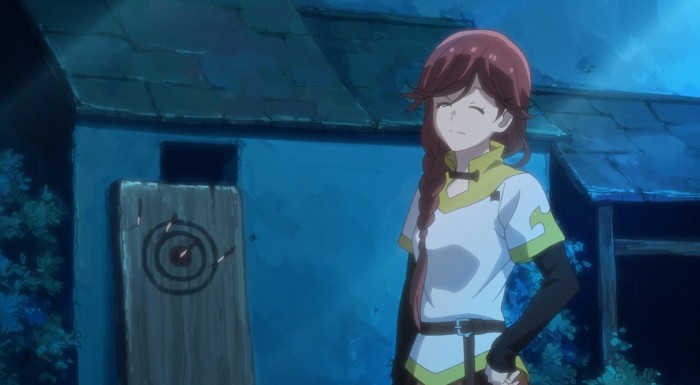 It’s not often that I want to actually drown a main character in a river. For Ranta though, I’m willing to make exceptions. I really thought he was making some progress in becoming a decent character, but this episode makes me wonder if it was just that he wasn’t getting much attention. His attitude seems worse than ever. Just unbelievably reckless and dangerous at times. That charge into the kobold that Haruhiro was on top of…that’s just plain stupid. Haruhiro should kick him out for that kind of crap. If you are attacking then you have a responsibility to pay attention to what you are doing. I’m not even going to go with the idea that he was counting on Haruhiro to move. That was just plain dumb and dangerous. I’m not sure what is really wrong with Ranta, but he needs to get his act together.

No doubt that Haruhiro has room to grow and has his weak points. But his weaknesses aren’t putting everyone’s lives in active jeopardy. His weaknesses aren’t making it impossible for the group to stand together and get the job done. All that sits with Ranta. His stupid attitude is dangerous. If he was better than this then I’d probably agree with him on Haruhiro. If you want to talk about someone’s flaws then be willing to discuss your own. But at this point the flaws are on completely different scale. Great Ranta showed he can fight a kobold one on one and win. He also showed that he’s incompetent in terms of cooperation and using his skills. Using a skill to drive the enemy into confusion means you should have attacks coming from all sides where it can’t focus. Not make it even more pissed and difficult for you to fight… 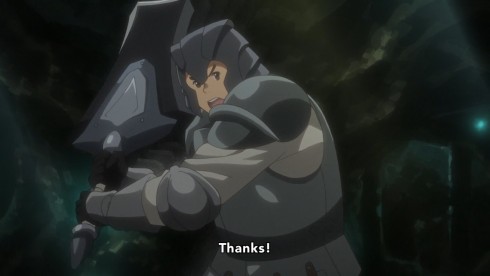 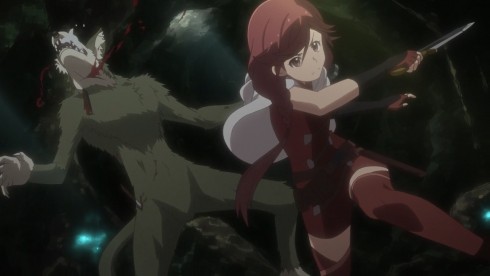 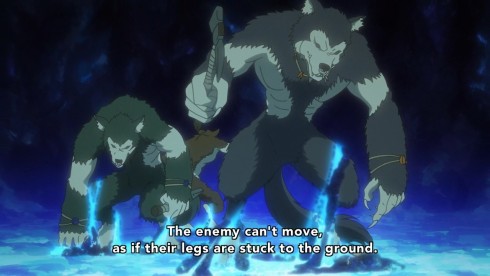 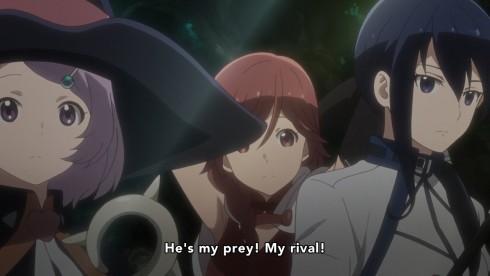 So yeah, they arrived at the mines which is good. Actually fighting enemies that aren’t goblins…weird XD. It was a nice change of pace and showing their growth. I’m impressed they could handle it as well as they did. Did a good job (minus Ranta) at dealing with the new threats. Yume was looking really good out there. Picking up knife throwing as another good range option. She did need something for the more middle range when she doesn’t have the ability to use a bow. Now Yume is a reasonable threat at every distance. Up close she has her knife, can throw daggers, and also use a bow. While she’ll never be a tank for the group, she is a very flexible attacking option.

Some good growth overall. Even Mary has picked up a new skill. I presume she wanted to be even surer before they went into those mines about her own ability to support her allies. Mary doesn’t want to lose anyone else so of course she’s going to take steps. Moguzo has some nice skills right now, increasing his ability to charge forward. Shihoru continuing her focus on magical support skills. That shadow bind is pretty darn handy. Sure, it probably wouldn’t work on the Death Spots, but hey the regular kobold seem to suffer from it just fine. The ability to set up a team finish is very effective. 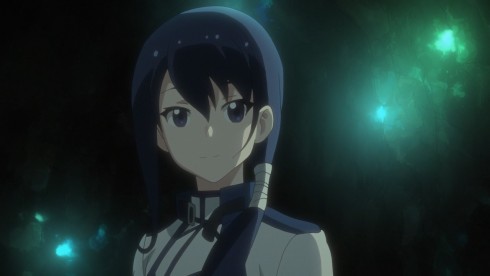 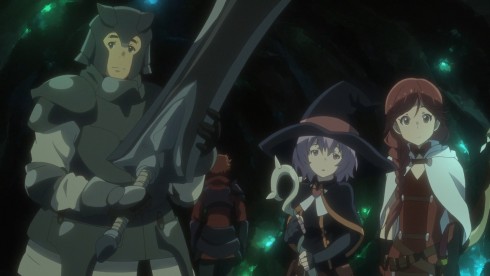 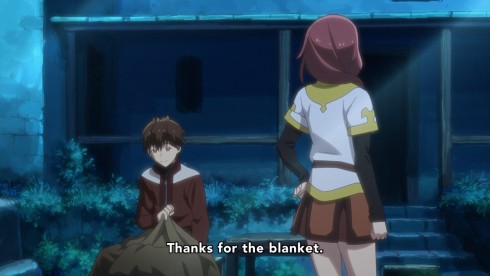 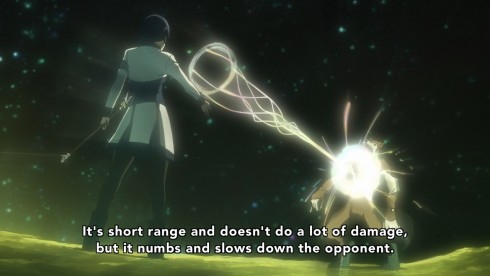 I also appreciated the Yume scene part way through the episode. She really did save it at that point since I was getting really fed up with Ranta. It was a nice message too. While some people (Ranta) are fine sitting on their weaknesses and being proud of them, people like Yume will continue to push themselves to improve. Yume was horrible at the bow to start off and now here she is throwing knives. She’s not just relying on her natural growth, but rather putting in training time. Spending the early mornings with knives and a target. Can only get better at something through practice and Yume is putting in the effort to make sure that happens.

It was nice to see another Haruhiro and Yume scene after all this time. They really do work well together and get along. A nice thing to get Haruhiro a blanket so he’d be able to rest a bit easier. Not a crazy gesture, but a nice one. Have to appreciate how Yume can just go off on a tangent like she did. Going into the story about getting her knives. No real meaning to it, but it’s a nice little story. I’m sure her master is impressed at how Yume has come along despite the early going. Shows as well how liked she is that he would go with her shopping to pick up some good knives and even buy her one. Sometimes it’s just nice to relax and chat even if there is no big meaning to it. 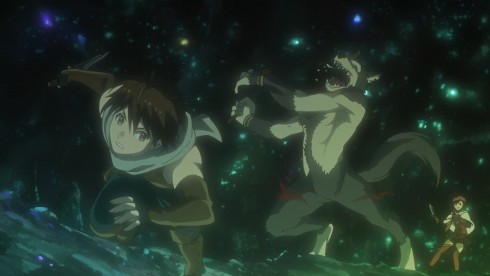 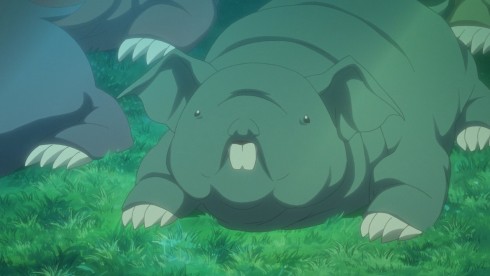 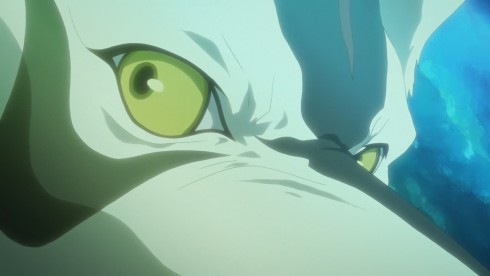 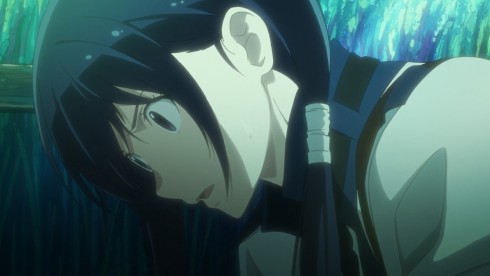 Of course things end on a tense note (thanks again Ranta). The kobold are alerted on that level and even the Death Spots has arrived on the scene. This is a situation where they could be slaughtered if things aren’t handled perfectly. Who knows if they could fight that thing in the perfect situation, but this definitely isn’t that. He isn’t alone and hard to say if they could safely handle just the regular kobold when there are that many. They need to safely fall back and retreat for now. That’s not a fight they need to take on here. Especially since Mary is not in a good state. Naturally she would be like that though. They aren’t in a safe situation and she is face to face with the thing that killed 3 of her friends. Anyone would probably be falling apart in that instance.

Anyways, this was a pretty good episode. I didn’t care for Ranta in it though. The rest was fine. They moved forward in terms of facing these kobold and showing off more new skills. It also gets one of the more tense cliffhangers for the show in a while. This is a situation that could turn bloody in a hurry. The Death Spots will have no hesitation in terms of turning them all into paste. A pretty intense episode, but for that reason I can’t wait to see how it turns out.