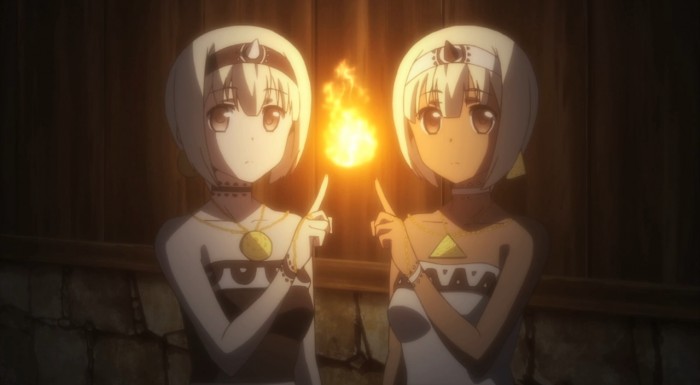 A pretty solid episode overall. Definitely building up the whole escape from Yamato drama. At least did a solid job bringing the atmosphere up to that level. Though I have to say Yakutowaruto was more useless than I might have expected. Couldn’t create an opening to escape without injuring your allies in the process? Thanks I suppose for the property damage. It’s not like they weren’t ending up spending the whole episode running anyways. 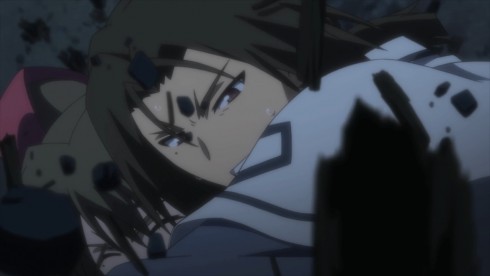 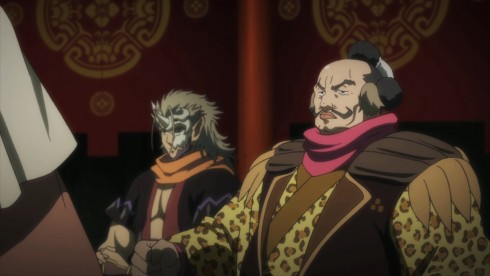 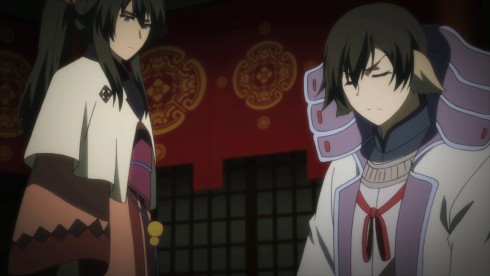 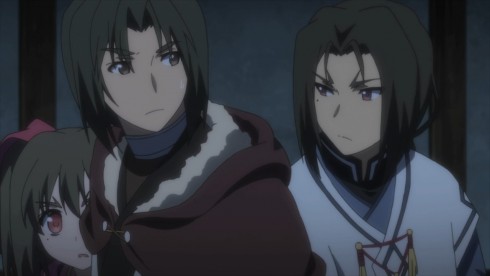 In the end it’s a pretty simple episode on that front. The group splits into two (thanks again Yakutowaruto) and spend the whole episode no their separate attempts to get the heck out of town. Kuon’s team being heck of a lot more effective in their attempt than Haku’s team. Of course part of that was that Kuon has basically a nuke stored up in her body XD. I mean damn….she just blew up a good chunk of city and army there. Yeah, safe to say if she wanted to…conquering a country would be pretty easy. Heck…maybe she should have been more willing to use those powers outside of personal danger. I mean geeze…they use that right when they have Oshutoru then they can just walk out of this country. Vurai? Nuked. Anyone else? Nuked. Done and done.

Part of that reminds me why Raikou just pisses me off. I really hate the cocky characters that even when things happen that they couldn’t possibly, possibly expect…they are all like “all according to plan.” Bull! There is no way in hell you predicted anything like that was possible. It was two people carrying Anju and you send a ton of soldiers. You expected them all to be dead, don’t mess with me Raikou! 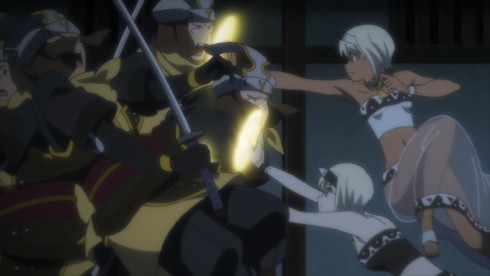 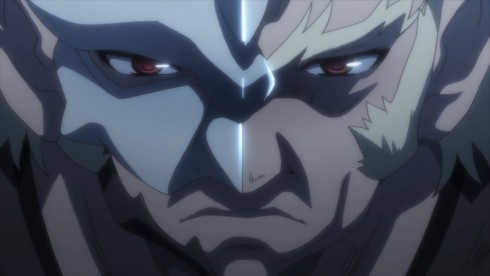 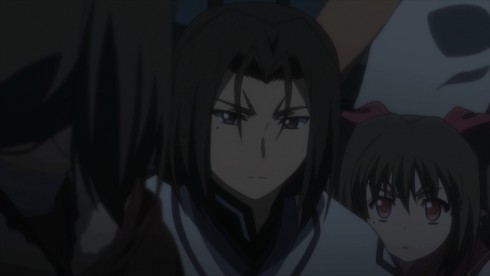 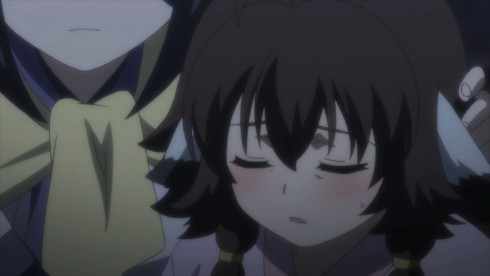 Anyways, it can’t possibly be easy to escape so of course everyone is running around. Also I wish Mikazuchi would pick a side. He knows this situation is bull and that these people running a country will lead it to ruin. Heck, he should know that if he doesn’t do something they are going to move on to trying to frame him for a crime. He’s the other major general of this country. I’m sure his popularity isn’t exactly the same as Oshutoru’s popularity, but he should still command a lot of respect. Stop looking frustrated aobut the situation and just go back up your friend already. Looking the other way is nice and all, but they need more help than that.

The situation at the end is grim to say the least. I’m sorry, but no chance Oshutoru wins this. He’s been running around all night while fighting and at least is somewhat injured. Vurai has been standing around like a statute, rested and ready. They don’t have the guns to win this showdown and escape. Haku has kind of slipped back to being a comic relief character who people act like has done something impressive. He knocks out one guy and gets a nod of respect…it was one soldier! From behind! Let Haku do something impressive please. 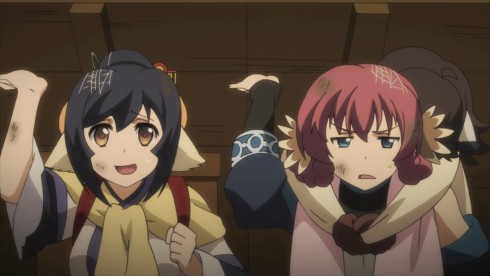 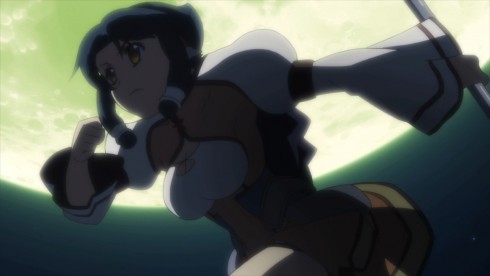 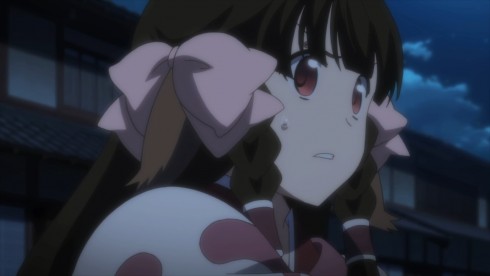 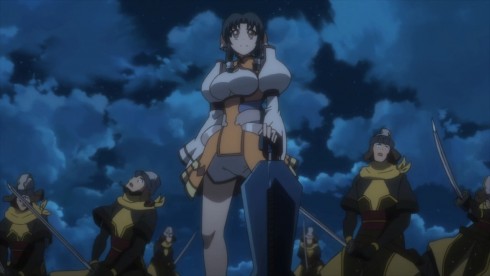 I mean nice that Rurutie and Atui joined up. I’m not sure Rurutie really knows what she’s doing here, but in the end it is a very big thing. She and Atui can’t go back from this. They have to hope their family and countries don’t suffer any consequences either. Though I’m not surprised that Atui’s father had to let her go by. He’s the ultimate doting parent. If his child is saying she’ll stand on a side no matter what…he’s going to let her do it. No reason for him to fight against his own family for a corrupt group of generals. Forget that.

While it was a bit “oh come on” it was still nice seeing Rurutie just freaking out. Thinking she had to stop them, it was her duty, but she didn’t want to. Plus…honestly she couldn’t actually stop them. Rurutie is a cute character who likes to cook. I’m not sure she has any real combat ability and if she does then it doesn’t match up to Kuon when she’s taking it easy. Cute moment, but…come on Rurutie. Just get on the bird and let’s get out of here XD. 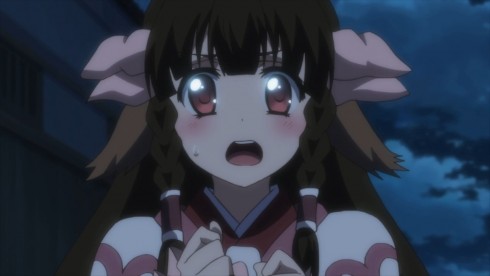 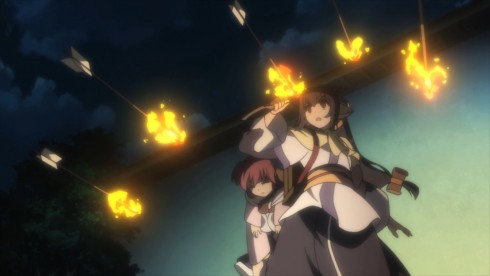 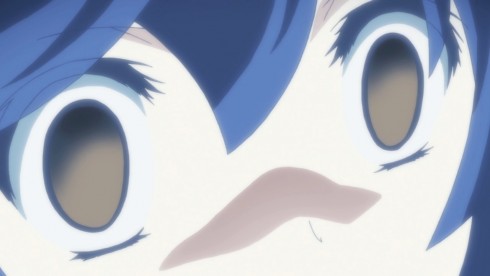 More credit to Atui who was more badass. I mean she managed to knock out an entire group of soldiers and stand them up perfectly so they would only fall at a cool moment. That takes time, effort, and a bit of insanity. In the end though she is far truer to herself. She’s not going to betray her friends for her country, it’s not happening. Kind of funny that everyone seems to be doing that these days. Kuon betrays her country, Rurutie and Atui betray theirs…its betrayal all around. Of course in this case Yamato is being run by madmen and is going down the drain. Good reason to betray that group.

In the end it’s a good episode. Kind of late for the show to be stepping up, but I’ll take it. Not sure how Haku will nonsense their way past Vurai though. Oshutoru might be able to buy them some time, but I can’t see him able to beat Vurai. They were about even some years in the past, but their conditions going into this fight aren’t remotely even.