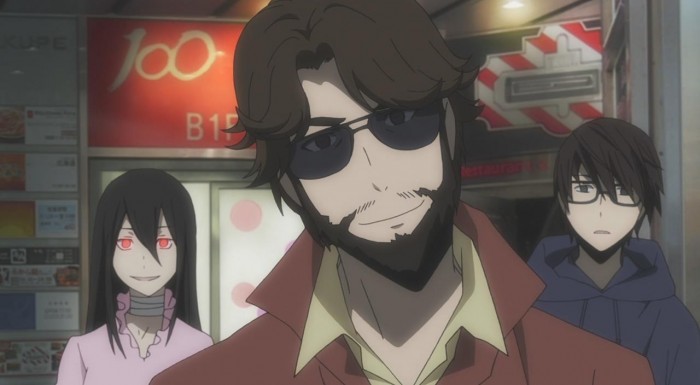 Uhhh… I really have no idea on what to say regarding this episode. If there were such a thing as a transitional episode where not a lot of really noteworthy stuff happens, then this week would really take that mantle and kind of own it. There are a lot of little moments tucked in throughout this episode, but it feels like the overall progress towards the final conclusion was just barely an inch (if that).

Its a tough situation really, because with the knowledge that the anime has actually cut out a decent amount of content, and is actually kind of rushing towards the finish, this episode feels like a failed attempt at just trying to get everything lined up. 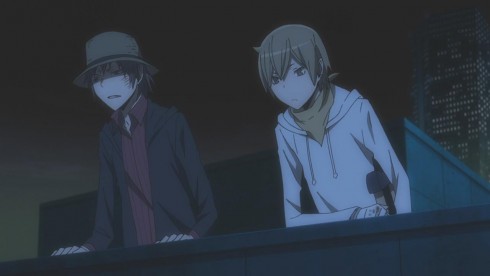 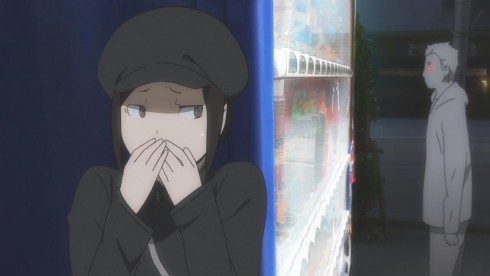 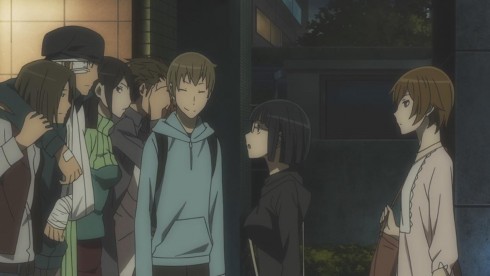 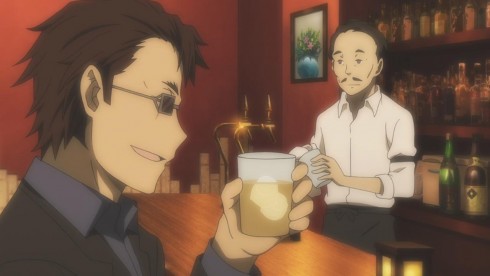 Why do we need to see Kida and Chikage go on top of a building and marvel at the Saika Zombie horde? Why do we need to see Anri and Saki join up with Kadota and co? Why at all do we need to see Akabayashi at all? He’s not at all doing anything in the episode besides narrating it. There’s just too much pointless transitional stuff that can more or less happen off screen and yet the anime is content to waste time. 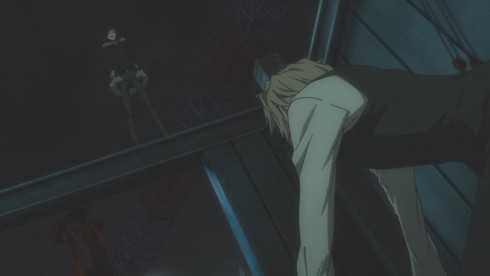 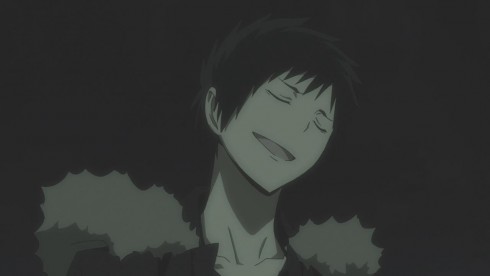 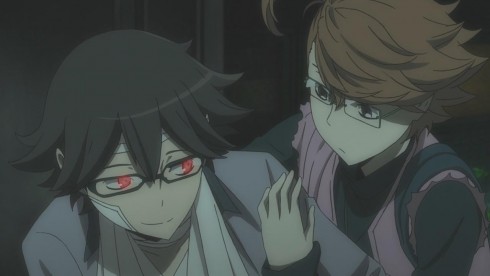 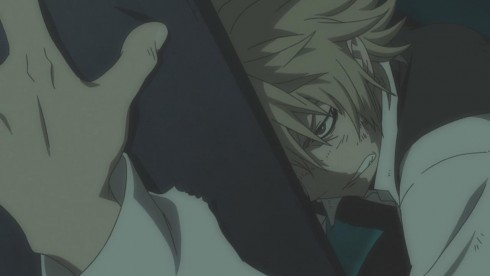 Honestly, I would’ve liked if we had just focused on the big battle between Shizou and Izaya. There’s a lot to see there, and there’s a lot of background context that the show needs to fill in as well. What makes Izaya tick? We get a kind of non-chalant answer from Shinra, as he himself starts moving towards wherever he needs to go. That scene actually works because it has some sort of relation to the whole Izaya and Shizou tussle, but its hardly enough.

And as for Izaya and Shizou themselves? Well… That battle doesn’t go anywhere close to its end. We see Izaya try and suffocate and then attempt to burn Shizou alive. It doesn’t exactly work, both thanks to Celty’s intervention, but also because Shizou is strong and smart enough to just make a hole in the floor and escape. Then its Shizou’s turn to attack, and he does, throwing Izaya into a nearby building. And that’s all we really get from that battle, because the show doesn’t seem to want to commit to even this particular story yet. 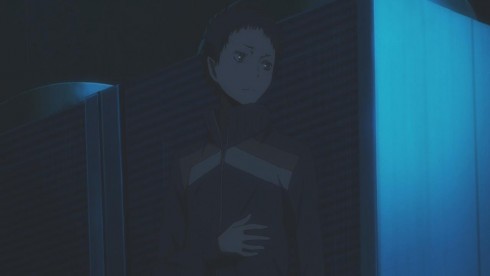 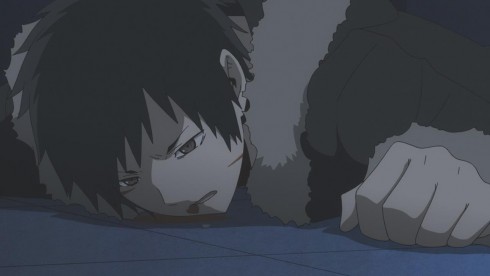 From what I can gather, it seems like the show wants every major storyline to end at the same friggin time, practicality and common sense be damned. Why does every storyline have to be artificially halted just so they can all resolve at the same time? I have no idea… Its almost ruining the flow and the individual appeal of all these storylines that the show has been building for so long.

I really don’t have much else to say, as much as I’d like to. There’s nothing to analyze, or talk about in too much depth, because we really aren’t at a point in the story where anything can be reflected on or looked back on. For those of you still enjoying Durarara!!x2, I get it. 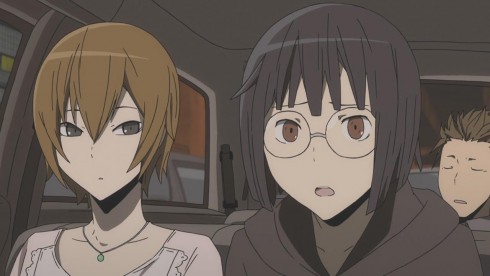 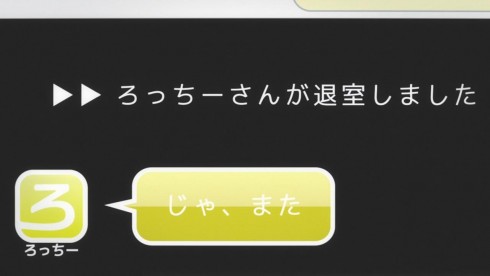 I am too kind of, its not that this episode is entirely terrible. Its not great, but it is the sort of episode that’s just slowly moving things into place. That can be frustrating in the moment, and as a weekly episode it falls kind of flat, but it remains to be seen if it leads to anything special or not.

Could you just avoid this episode completely? Maybe. You’d be confused as to how certain characters ran into other characters, and I think since Durarara!!x2 is positioning so many different characters into one big storyline, episodes like this are just part of the deal. I just hope that sacrificing another 24 minutes of my week this week, is going to lead to something worthwhile in the end. We’ll have to see, won’t we? 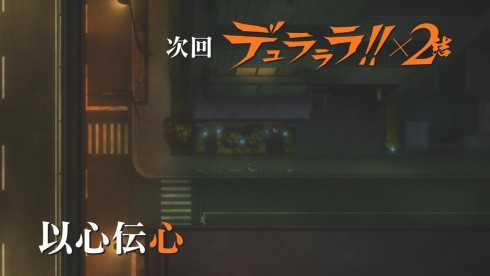 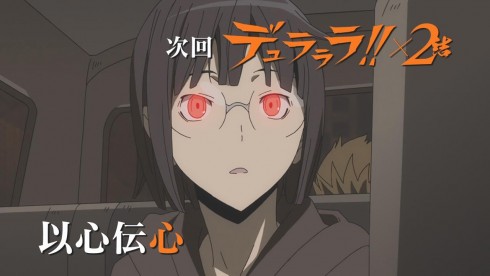 Next week might be another transition episode. Who knows? I’m pretty much on the wait and see approach now.