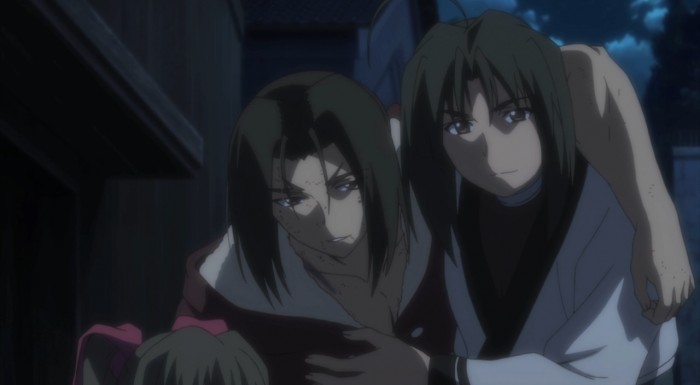 Well that rescue mission went better than expected. Sure, they have to get out of there but it’s not like they don’t have a pair of twins that can teleport them to safety….right? Unless of course they are going to make up an excuse about why they can’t just have these two handle it. You give two characters the power of portals and then constantly create excuses where they can’t do anything. These two deserved a bit better than just being these silent individuals who occasionally say something.

Sometimes I wonder if Karura and Touka just came to Yamato to mess around. Secret passage is nice and all, but what the heck have these two been doing the whole time? Plus Kuon is off to break someone out of jail and wander off again and all we have is a simple farewell? No, “hey mind explaining helping to invade our freaking country?” No? Ok, let’s just pretend that didn’t happen. That way we don’t have to explain why these two were doing nothing at all during that incident. I don’t know, just thought there’d be some mention of it. Do they also think Kuon was just messing around so getting involved in a war against her own people is nothing to comment on? 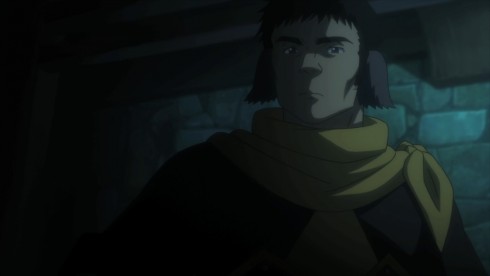 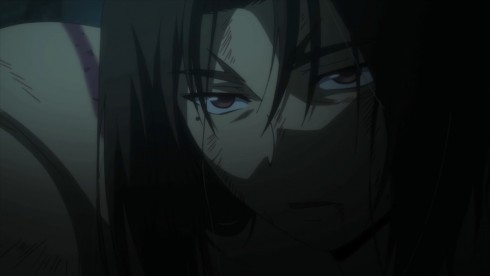 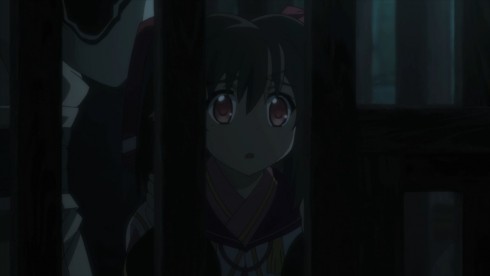 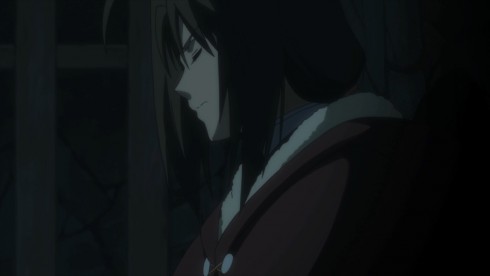 At least it explains why Oshutoru was so easy to trick into confessing. I mean wow…is this guy serious? Vurai….you are trusting the future of Yamato to Vurai? Is Oshutoru secretly an idiot? He’s the blunt instrument you use when you need to crush an enemy force, not someone you put in charge of an Empire. This is the kind of guy that will execute anyone if they aren’t tough enough for his standards. This is an Empire with people who have constantly been on the winning side of conflicts and at constant peace otherwise. No one in this country outside of a few people in the military are actually strong. I’m going to just blame the grief of losing the Emperor for Oshutoru coming down with a case of stupid here.

At least they managed to bluff Oshutoru into going along with them. I mean great you’ve helped save your nation by dying (not really) so you are just going to leave your sister to grieve your death alone? Basically they had to threaten dying with him in order for him to get over that nonsense and get out of there. Dying will absolutely gain him nothing. Yamato will still fall apart and there will be few good and competent people left. 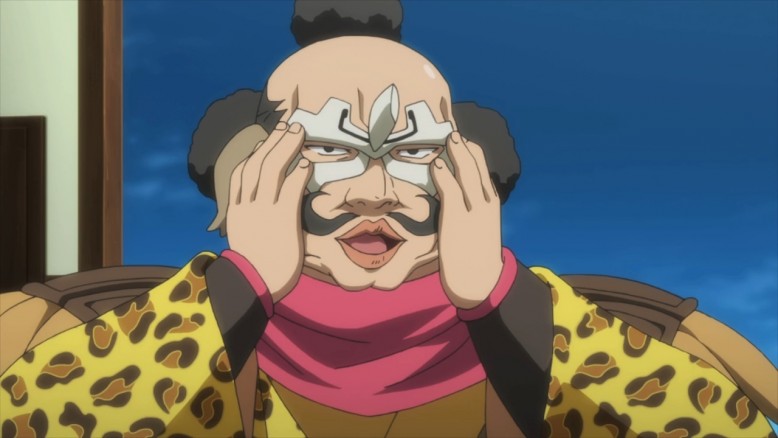 I suppose the one question is who picked up the mask that Dekoponpo…dropped. I’m still amazed that guy is alive or under the delusion that he is remotely competent. In the end not a shock that a handful of generals conspired to take power. I expected this around episode 10, just that it was about Anju being insanely bad as a ruler and everyone losing their head about her taking over. Maybe that was actually part of it, but it doesn’t sound like it. Just sounds like these guys are really greedy. They want power and fear that Oshutoru will end up in charge anyways which actually isn’t that bad a guess.

I am glad that they did for once give Haku a chance to shine. Sure it was only two guards, but darn it this is some of the most action focused scenes he’s gotten in the whole show. Which kind of makes it surprising that he could take out guards so easily since we’ve only really seen him clean sewers. Still, I can appreciate it. Does make you wonder about the team breakdown though. Kuon has shown more combat skill. Shouldn’t she have gone with Nekone and Haku gone to get Anju since he’s not a huge combat person? Spread out the roles and all that? 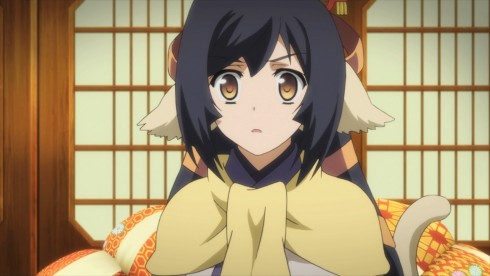 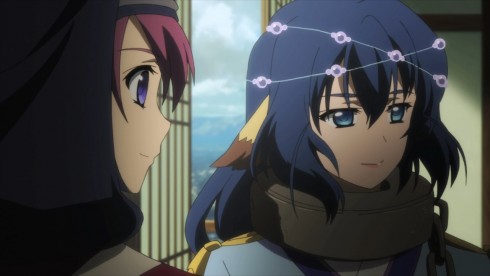 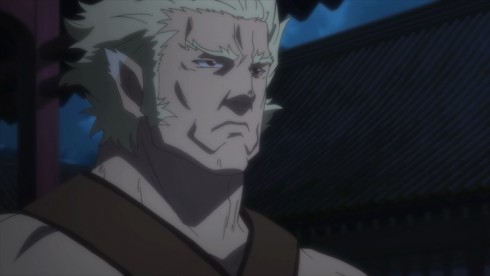 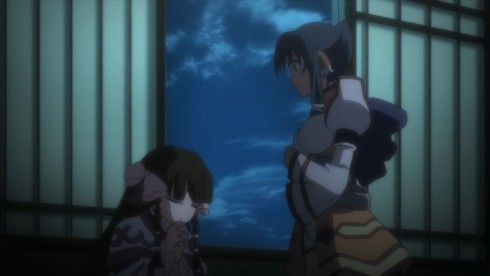 Obviously the situation isn’t over yet. They have to escape from here and they don’t have any mask with Oshutoru to help with that effort. Not that he’d use it in a city anyway…but Vurai sure as heck will. Things are still pretty bad. They have to get the heck out of there and hurry about it. So far so good though. They haven’t had serious opposition thanks to the fact that they are only barely Oshutoru in the first place. Of course maybe the idea is that they figured it was win/win either way. If he escapes that’s fine and if he doesn’t that’s fine too. Curious to see if Atui and Rurutie do end up throwing their positions aside and potentially drawing their countries into the fire by getting involved. So far they are staying put….but how likely are they to really stay there?

Curious to see how this turns out anyways.