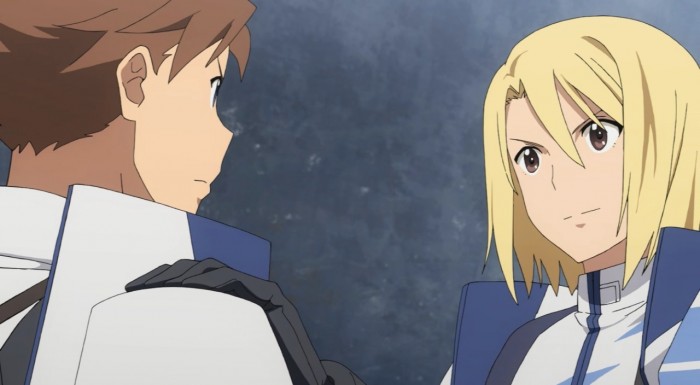 Well the situation continues to unfold and the weird maids from the OP also make their appearance. Certainly they were as odd as you would expect for maids on a battlefield. Of course there is no real reasoning behind it outside of there being interests for it. Kind of the reasoning I expect the author of the light novel gave when writing this….At least they are useful supports for Qwenthur and Havia. I think we can expect that Qwenthur’s story about having other diamonds nearby is total BS. He just needed to get these women on board or else they’d have no chance of stopping those Objects.

Not that this is going to be easy regardless. Sure, they are likely 0.5 gen Objects or lower, but there are still several of them. That’s going to be tough even with whatever firepower that those maids are carrying. But it does give them a chance. Not to mention that once the Baby Magnum is back on the move then she can take them down. It’s just that they were a great source of chaos and distraction. Especially when you add in the explosive tactics that Slicker was using beforehand. They were already confused and throwing several “Objects” into the mix just made it seem hopeless. 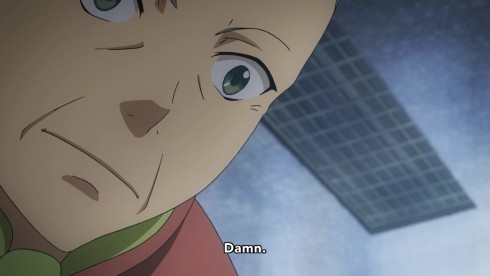 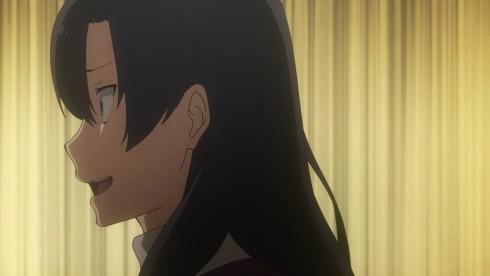 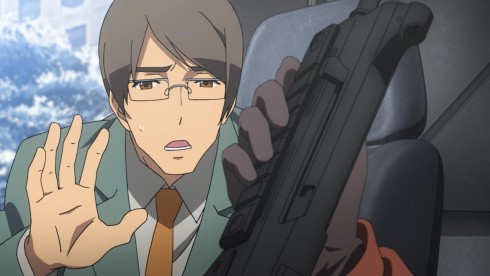 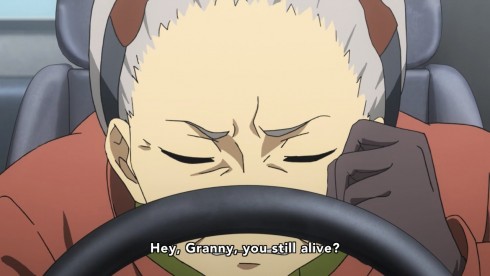 In some ways I do have to give Granny credit and on the other hand be a bit disappointed. I mean she knows the firepower of Objects better than anyone. So it’s not a shock that she immediately rushed to her family as fast as she could. But at the same time her actions were surprisingly focused and somewhat cold. Grab her family, only her family, and get the heck out. Don’t tell anyone what is happening, it uses time they have little of and if everyone knows then the panic will make it harder for them to get out. It’s very human. Save the people you love and damn everyone else. Of course even if she talks about putting the sins on herself…how exactly do you compensate for closing your eyes and letting all those people die?

In the end she made the choice she felt was needed. But it’s true that if the black shirts were around then she would be shot dead. Abandoning her post to rush off and save her family? Yeah, they’d kill her for abandoning her duties. Good thing they weren’t around. I don’t really blame her, but it’s hard to commend her either. Saving ones family is understandable, but….by rushing off that is slowing down maintenance of Baby Magnum. If someone dies because the maintenance was slower…. 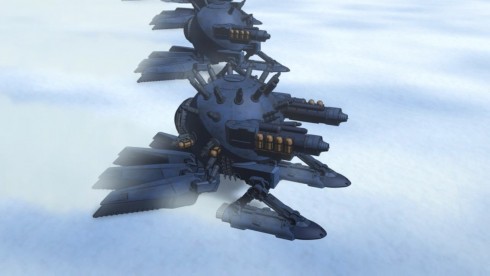 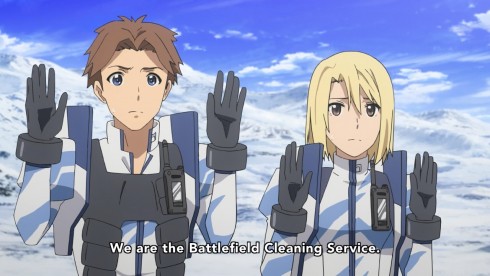 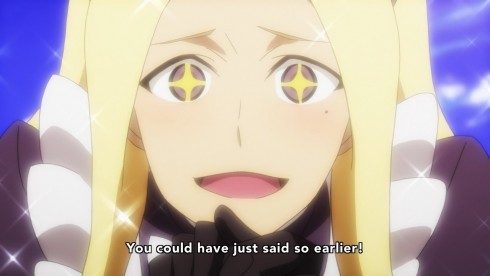 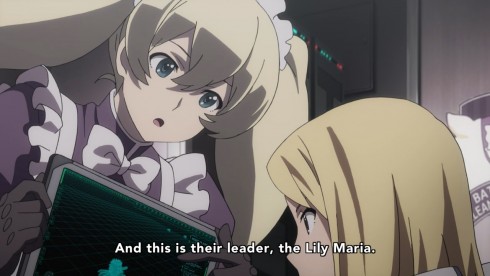 Not sure what to say on the Mercenary Maids. Kind of funny that Qwenthur and Havia’s actions kind of lead to them being stuck there because they won a battle that wasn’t expected. But in the end couldn’t feel that bad for them. After all they were kind of getting in the way here of Havia and Qwenthur rushing off to the rescue, but at least they are going to be useful. They may not have much food but the tech is there. Poor Havia…he gets nothing from all the women who pop up into the show. It’s all Qwenthur. Of course he did have the diamonds that he stole from the mine, but oh well. Though I suppose it is the way things should be. Not because he’s the ‘best friend’ role in this story but…he has a fiancé! Be glad all these women aren’t putting you in a position to be cheating on her.

So they at least have this situation figured out. The other Objects are basically fakes. But ones that can fire their main guns so are still darn dangerous. But they shouldn’t be as heavily armored so maybe they can do some damage with conventional weaponry. It’s still going to be hopeless though if they can’t get Milinda over there. They don’t have the weaponry to bring down a 2nd gen Object unless they can hack the AI of the others and use their main guns. Regardless I can’t imagine she won’t be an important part of the counter attack. Taking actions to help Granny who is her chief mechanic would just make sense. Though I can imagine we’re in for additional jealousy with Qwenthur hanging out with a bunch of cute maids…. 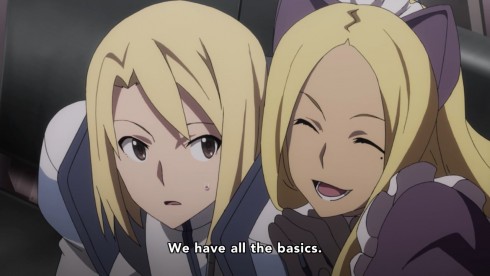 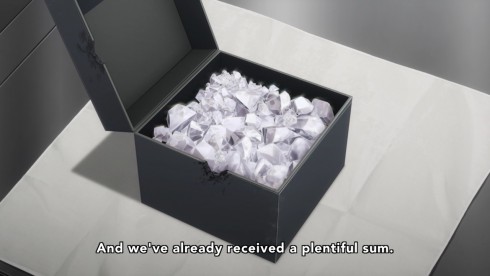 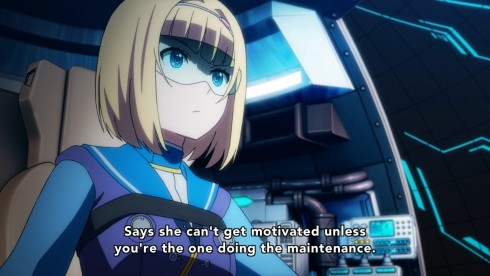 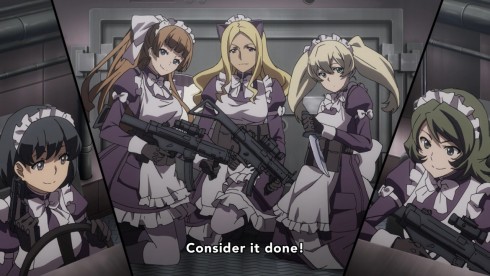 So the stage is more or less set for yet another miracle. Qwenthur and Havia have their mercenary backup and will try to do as much damage as possible. Of course the fact that he stole diamonds and is working with mercenaries from an enemy nation should eradicate any benefit he’ll get from doing this XD. These two constantly pull off the impossible but have to break the rules to make it happen and thus…never get the benefit of it. But right now a lot of lives are on the line and they have to step up. I appreciate that as usual Havia is “are you freaking nuts!?” Because this is pretty darn nuts. Of course he always goes along with it anyways so I wonder why he even bothers to argue at this point.

Looking forward to seeing how this situation turns out next week.